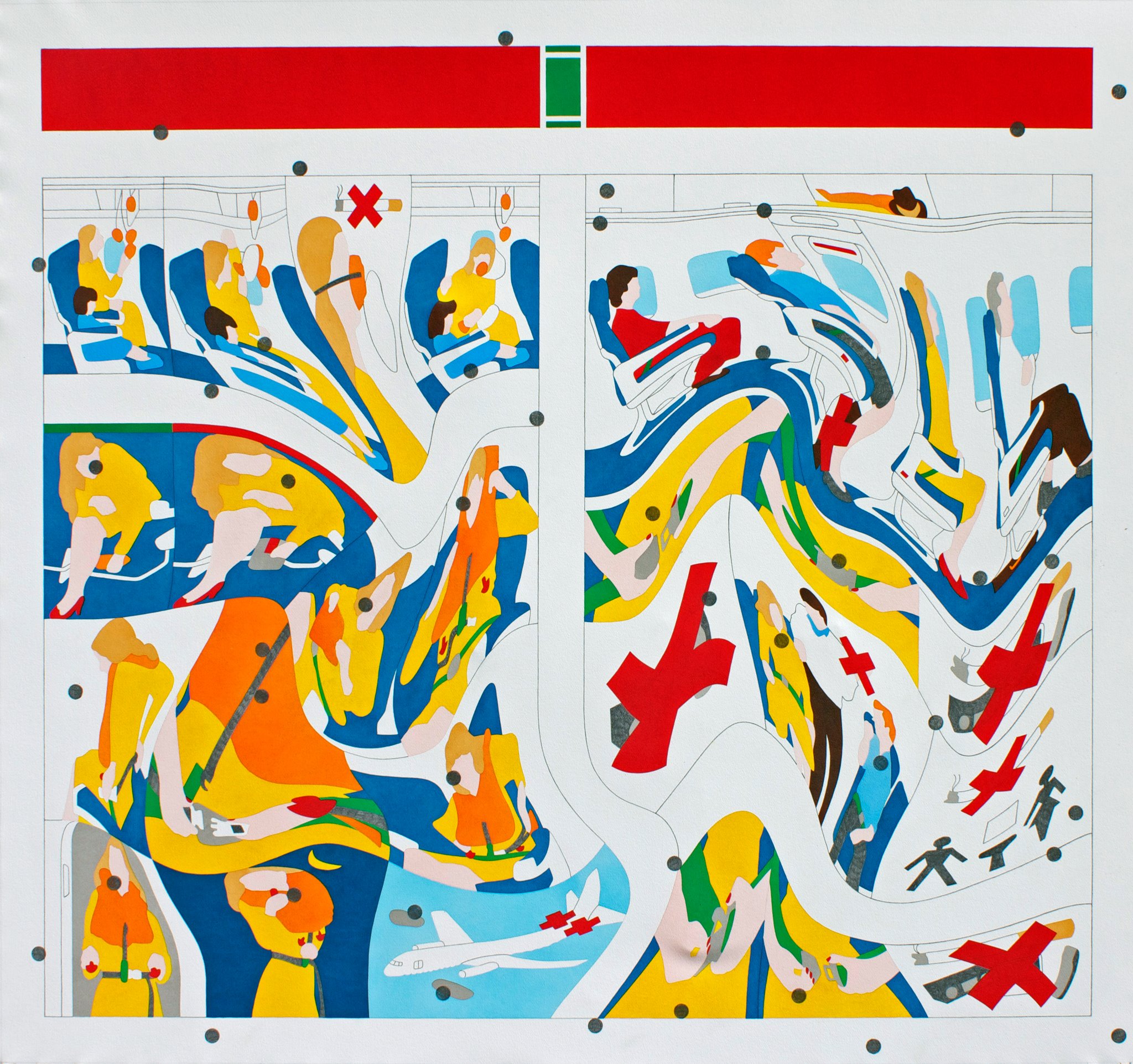 With a successful NYC exhibition back in June that saw strong institutional interest, the ever-dynamic Matthew Palladino (interviewed) looks to continue exploiting his near never-ending supply of creative juices with his most recent painting. Destined for the Texas Contemporary Art Fair, the hypnotic painting executed in his color rich, isometric perspective (or “fake” perspective, as Matthew originally self-ascribed), producing that uniquely flat, two dimensional aesthetic of a three-dimensional environment, will be on display at the Eli Ridgway booth (formerly Baer Ridgway, with co-owner Kent Baer amicably parting ways and recently being named the new Director at Ratio3). The painting, entitled Up and Down, pays homage to and further expands upon his now signature “swirl/melt” techniques, first experimented en mass during his critically acclaimed 2010 Wonder Box exhibition, where Palladino deftly distorts the compositions just enough to trick the eye and create tension while still retaining its original form. For those lucky enough to be in Houston, the fair runs from October 20 – 23.

For those perhaps luckier folks not located in Texas, stay tuned for more info about Palladino’s solo next February at Eli Ridgway in San Francisco, where he’ll be producing a plethora of diptychs to fill out both top and bottom floors of the gallery, as well as some additional, yet to be fully revealed information about showings in Philadelphia and (hopefully) New York also in the spring.

Check out another recent painting after the jump that provides an abstracted riff on The Simpsons. 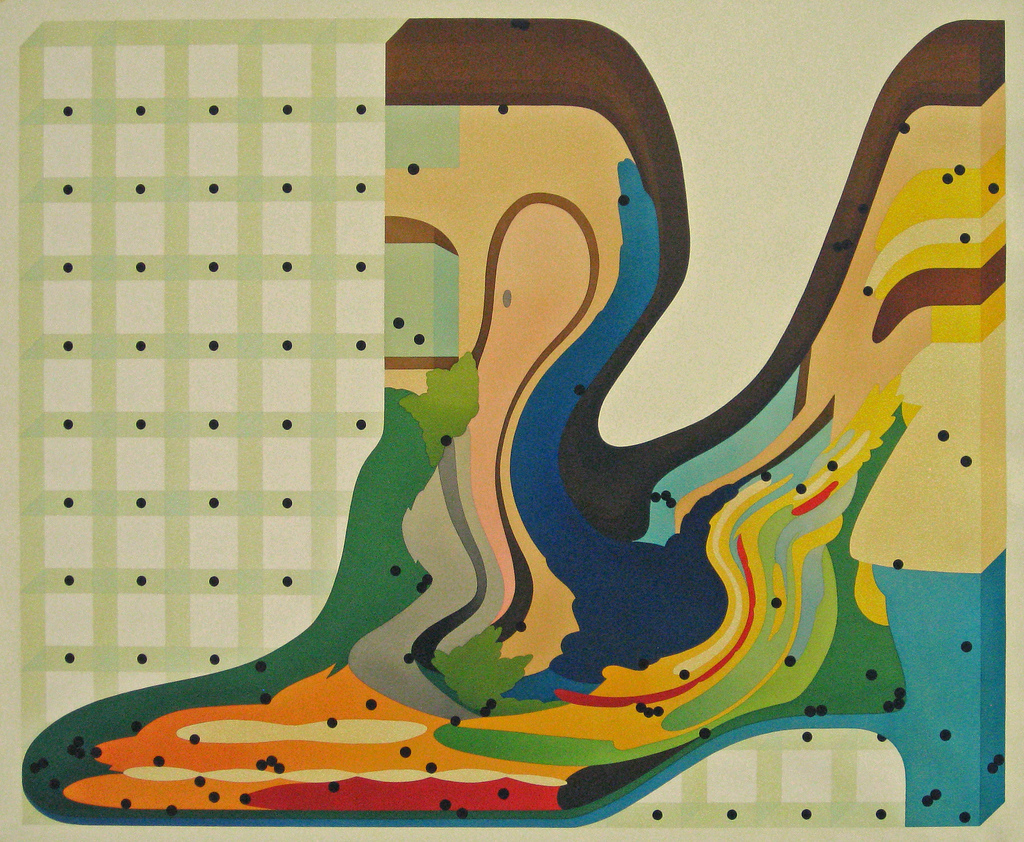