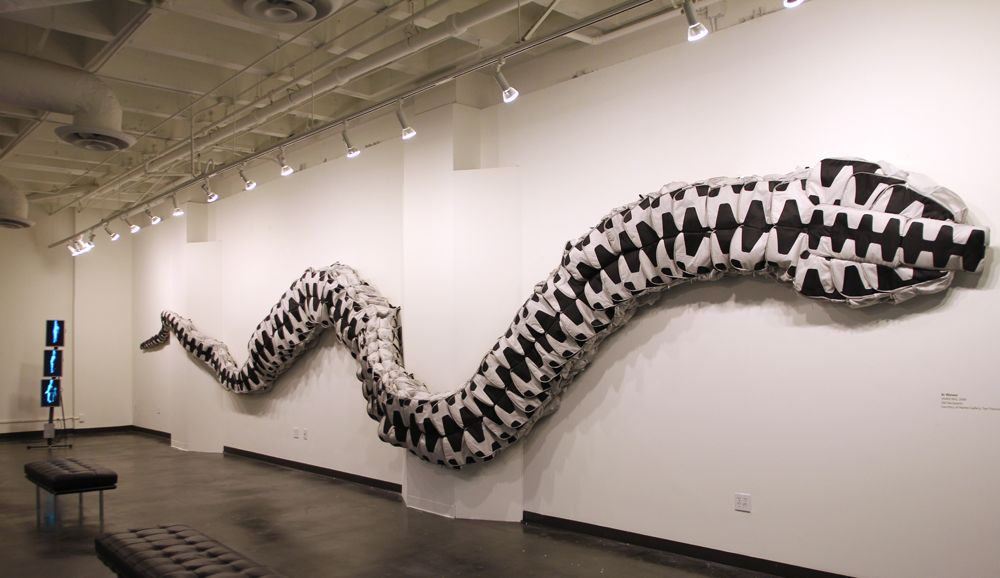 As we walked out the elevators last week to head into the main exhibition hall for Art Platform, something caught out attention in the side atrium. Imagine our surprise and delight as our eyes laid on Ai Weiwei’s Snake Bag, one of his most moving and intriguing works. The undulating 55 feet long serpent is created from 360 children’s backpacks and commemorates the deadly 2008 Sichuan earthquake. When the artist – activist saw the scattered backpacks in the rubble left by the thousands of children that died because of poor building code attributed to local corruption, the idea of fashioning them into a symbol of wicked cunning in Chinese lore seemed sadly appropriate. 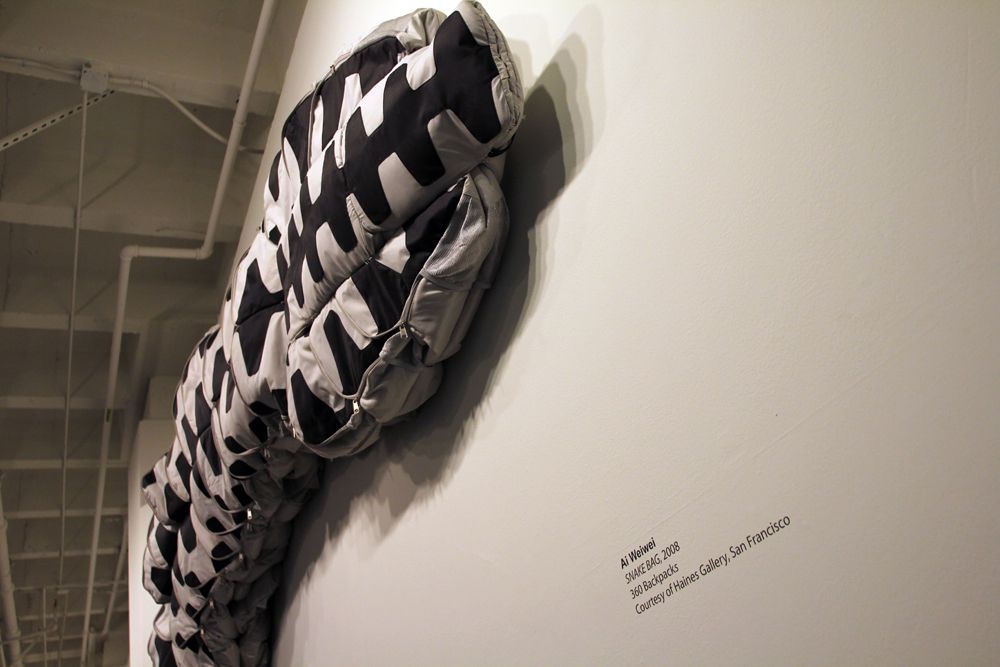 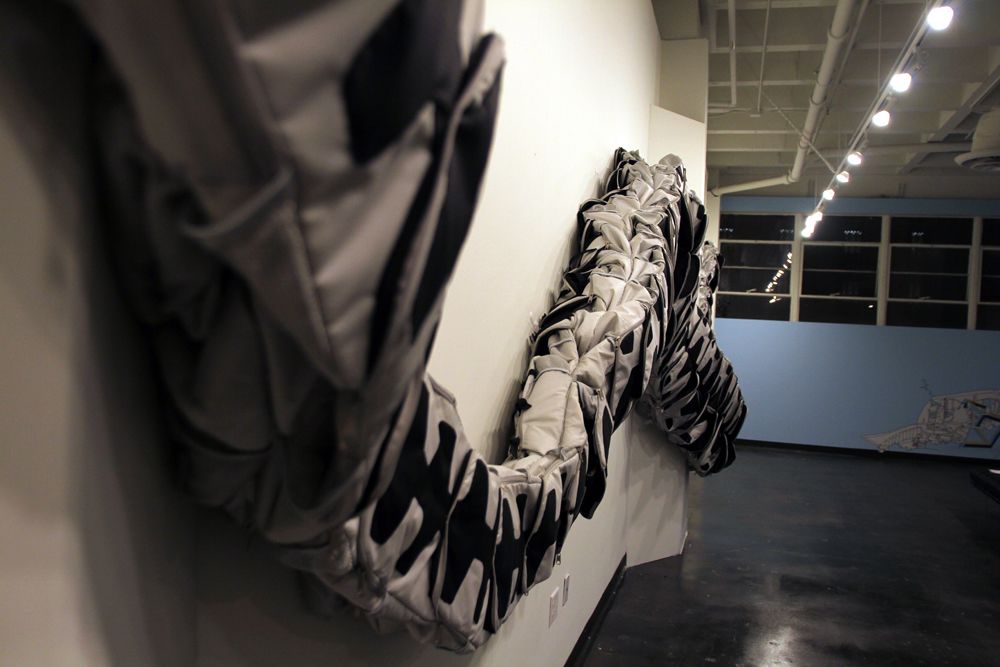 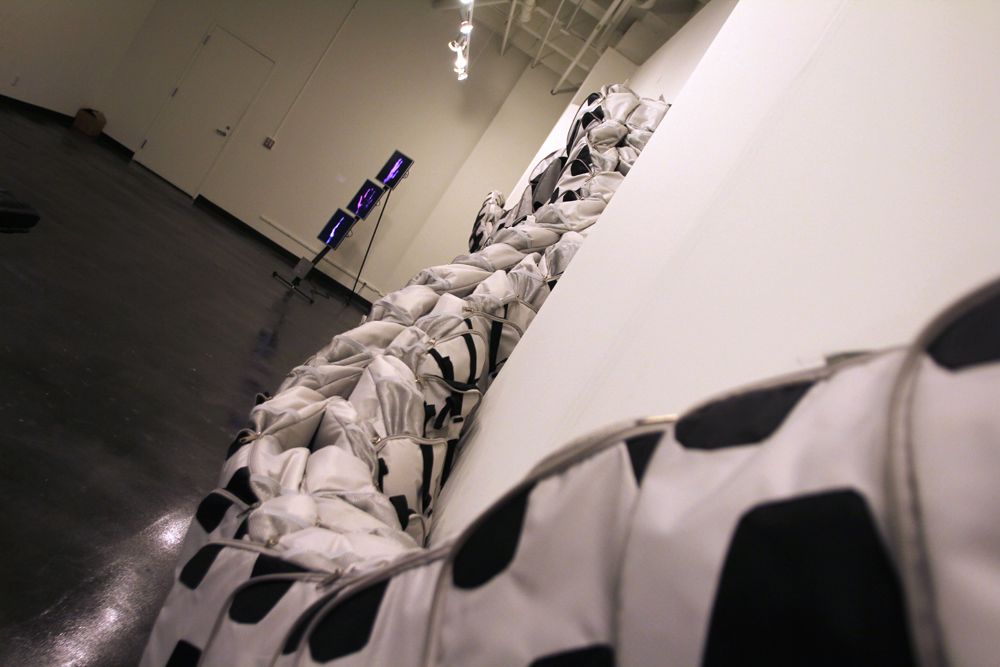 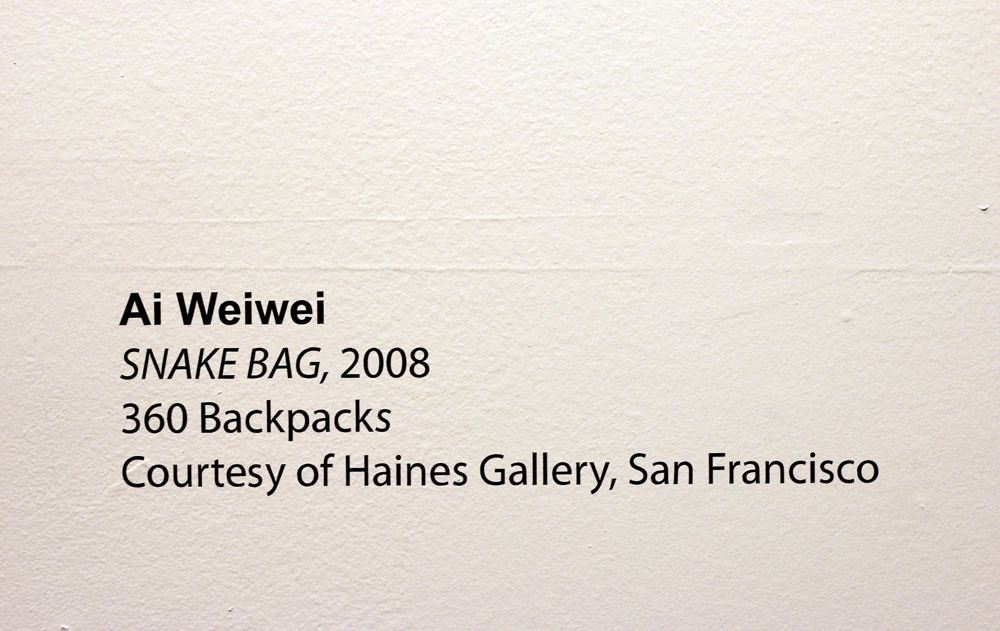