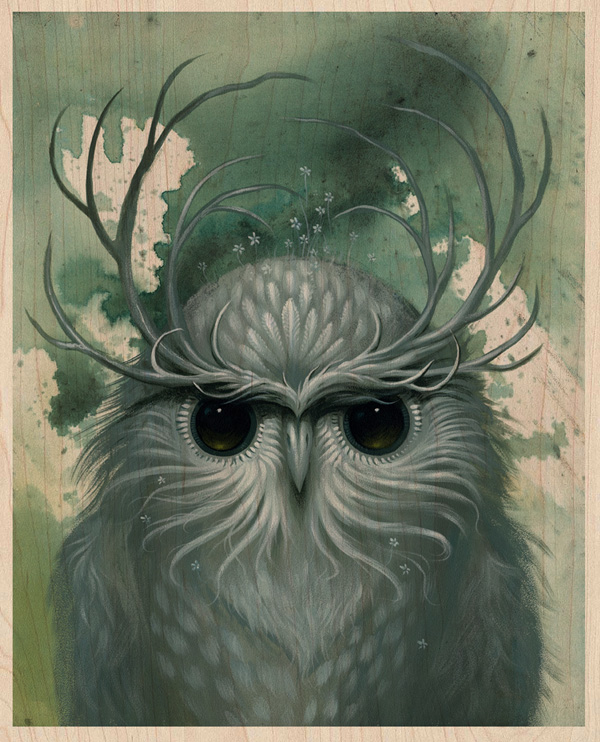 Starting soon, Jeff Soto (interviewed) has a series of prints he will be releasing, all through his online store – Potatostamp. The first will be the popular Snow Owl image (from his show in France), a timed release 12″ x 15″ print on wood on sale starting November 16th (*date was wrong originally so changed it) at noon PST for $55 + shipping. This will be on sale for 24 hours so anyone who wants to purchase it can get one during that time period. It comes signed and numbered with a COA and a mystery mini-print. 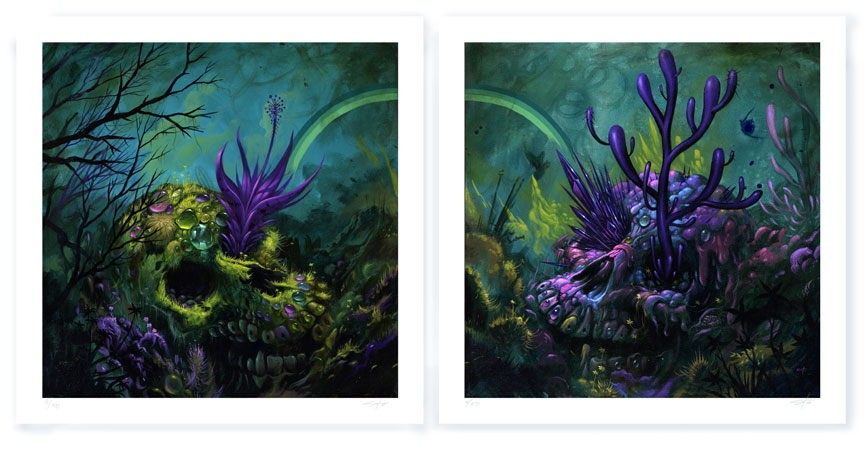 On Black Friday, November 25th (noon PST), Jeff will be releasing the Two Skullz print set which is based on two recent painting entitled Jeff – Decay and Overgrowth and Jennifer – Decay and Overgrowth. The set comes with two 16″ x 16″ signed and numbered (with COA) giclee prints on archival paper with an edition of 50. The price is $100 plus shipping. 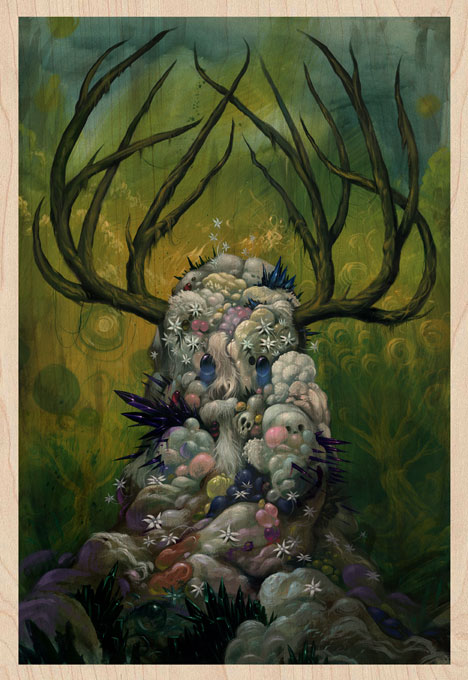 This last print on wood, Blooming, will also be available on November 25th at noon. The painting the image is taken from was originally exhibited in Lyon, France during the Lyon Biennalle. The edition size is 20, comes signed & numbered with COA, sized at 16″ x 24″.