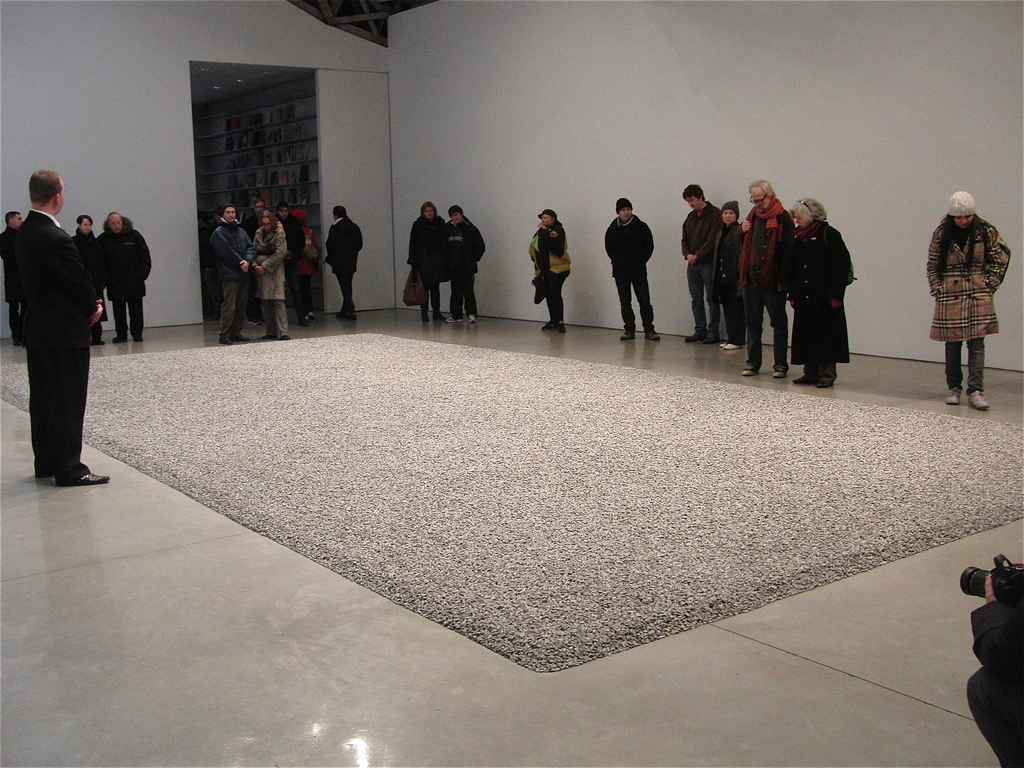 Last week, the Mary Boone Gallery hosted the largest collection of Ai Weiwei’s Sunflower Seeds that we have seen since his triumphant exhibition in London at the Tate Modern in 2010. Although much smaller in scale when compared to that museum showing which included 100 million pieces, seeing so many of these tiny porcelain seeds piled together really gives the viewer a sense of the amazing amount of work that went into the production. The original exhibition took 1,600 skilled artisan, supervised by the recent TIME Person of the Year runner-up, a total of 2 years to produced with each seed molded, hand-fired, hand-painted, re-fired, and repeated in a process that involved 20 to 30 steps. 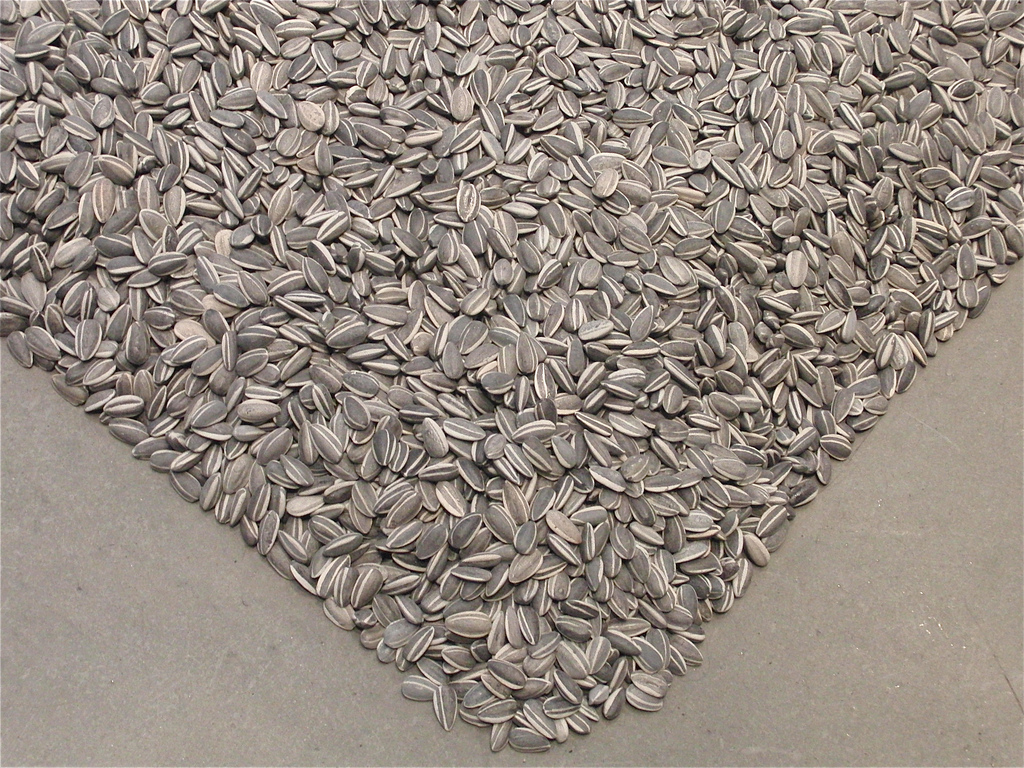 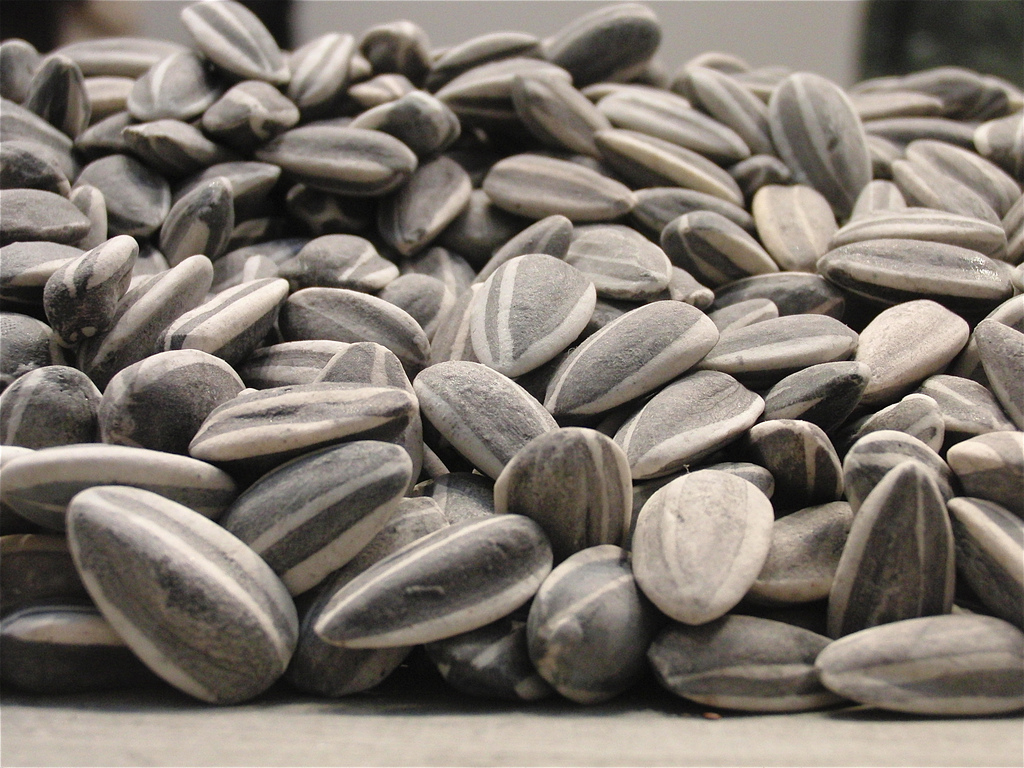 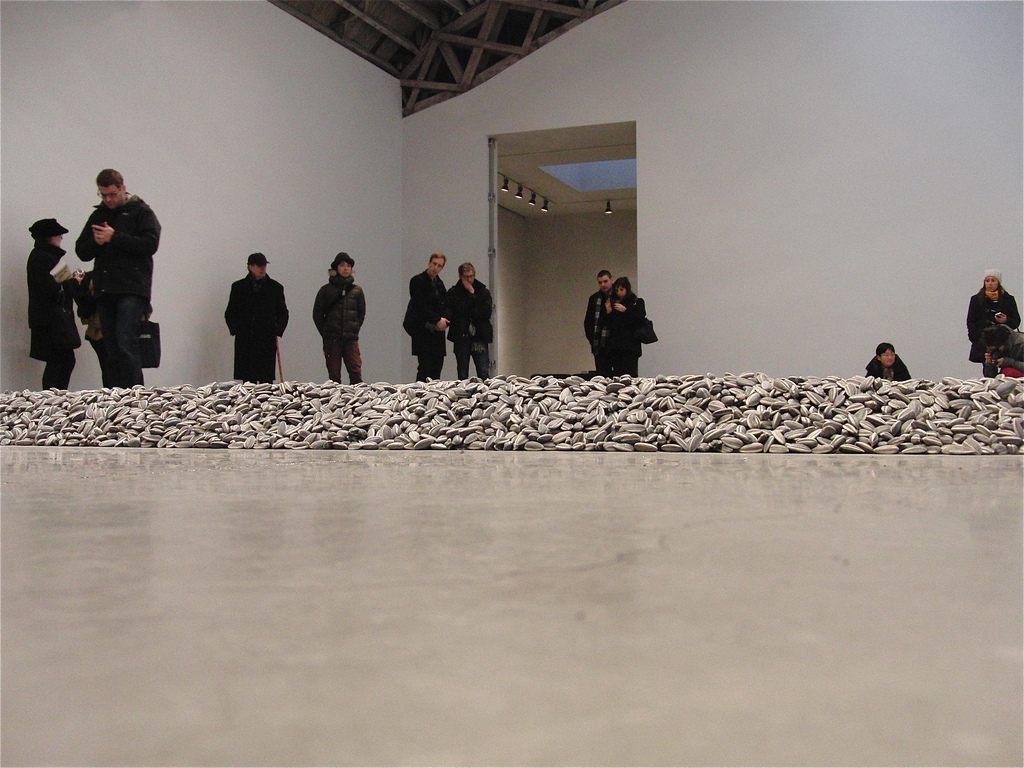