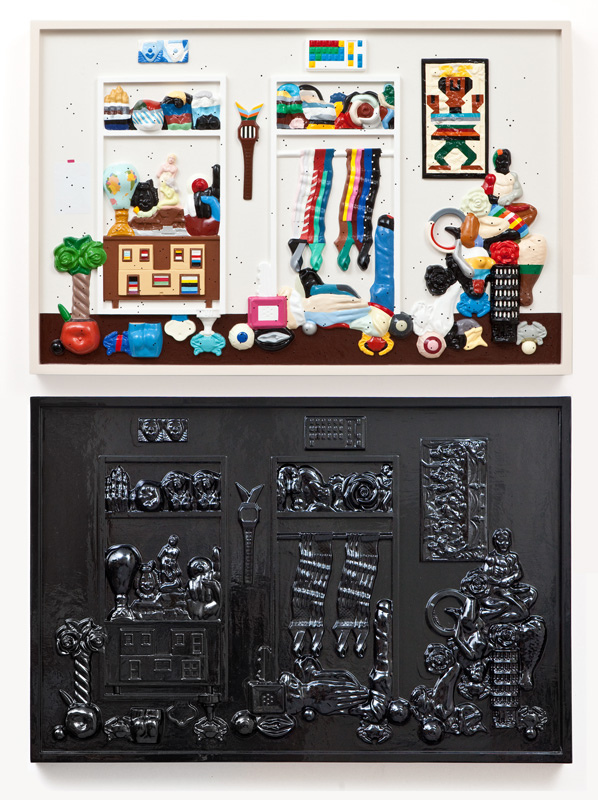 Showing with the gallery that represented him during 2010’s Art Basel Miami Week and who hosted a solo from him in the same year, Matthew Palladino (interviewed) will be presenting a whole new body of work entitled Sweet Relief. As referenced to in the title, the ever-evolving artist will this time take on sculptural elements to extend his narrative into 3D with his largest collection of pieces to date. Utilizing molds that “themselves are made specifically for chocolate making (for making objects to be eaten), the resulting casts also function as a playful critique of the tenuous relationship between the artist as producer and the viewer or collector as consumer.” The show opens on February 11th at San Francisco’s Eli Ridgway Gallery.