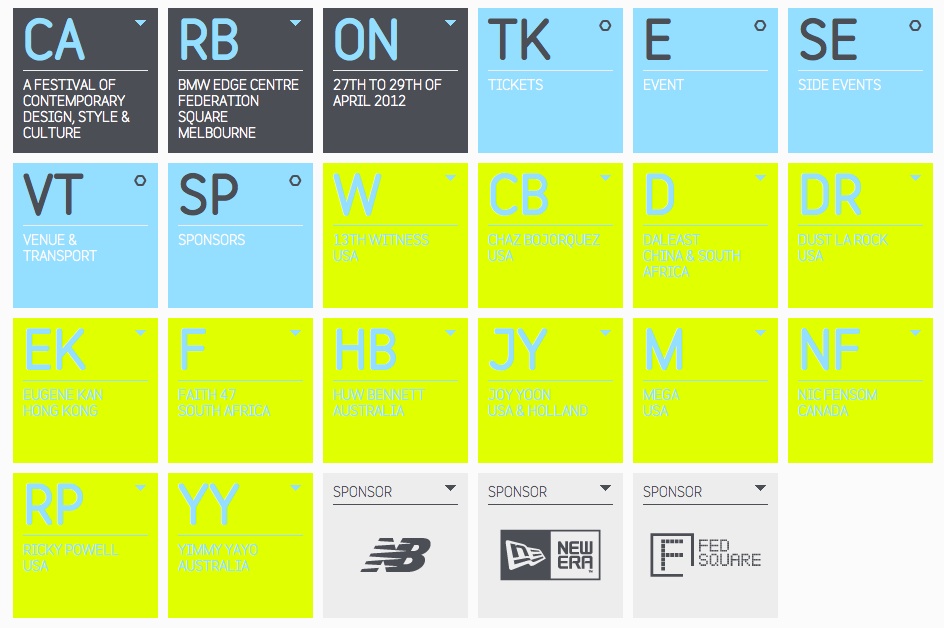 During our recent travels to Hawaii for Pow Wow 2012, we connected with artists and creatives from around the globe. Amongst those we met are the good folks from the Carbon Festival. This year they’re set to take things up another notch from their inaugural 2011 roots with the two day conference set for April 28th and 29th in Melbourne, Australia.

The just announced 2012 lineup includes the likes of Faith 47, DAL, Ricky Powell, Eugene Kan, Joy Yoon and Chase Bojorquez capturing a diverse mix of key individuals representing art-making, media, branding, film and photography. We also see the artistic community increasingly involved as the festival will feature selected galleries around Melbourne hosting multiple art show and events. Get in on early discounted tix here if you are interested in attending.