One of our favourite UK exhibitions from 2011 was Kid Acne’s Kill Your Darlings retrospective at Sheffield Museum’s Millennium Gallery, where the artist first presented his Stabby Women film. The film had us hooked, and the B&W imagery captivated audiences in the gallery as his stabby women were brought to life with equal measures of heroism and vengeance. UK band The Duke Spirit liked the film so much that they asked Acne if they could use the footage for their new single Glorious. The resultant package fits well with the soulful rock sounds and imagery seemingly made for each other. The film is directed by DScreet. An interview on Rolling Stone with the band’s vocalist Leila Moss reveals some of the reasons the band hooked up with Kid Acne.

In other Acne news, LA residents will be able to check out some stabby women first hand as C.A.V.E. Gallery are set to host an exhibition of new work entitled Stand & Deliver. The show opens on Saturday June 30th. 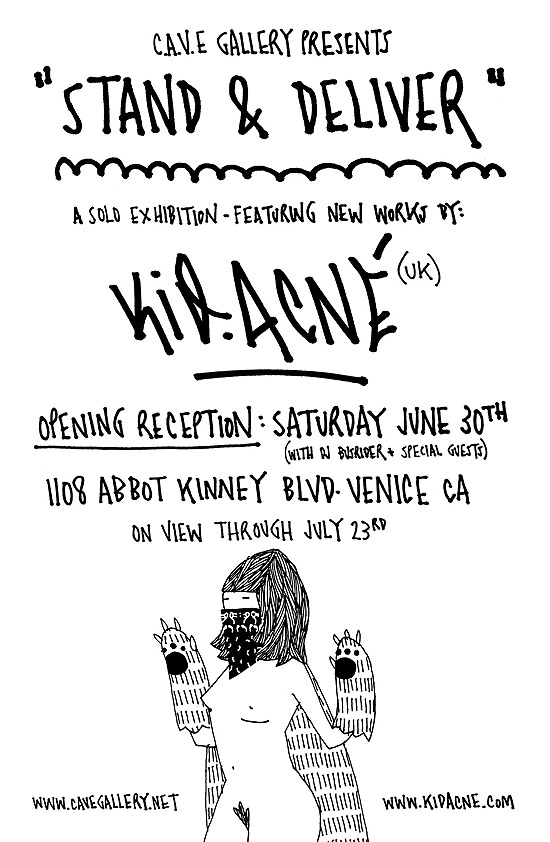 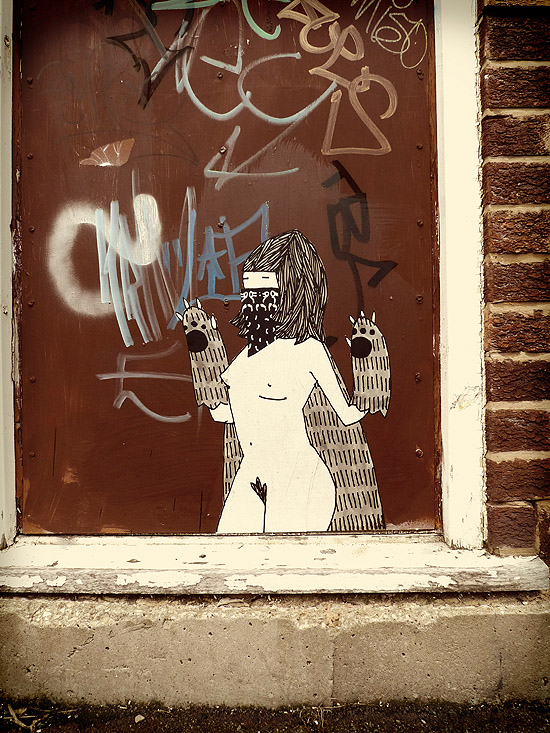