It looks like TrustoCorp has drawn additional interest of THR (The Hollywood Reporter) after their initial story on the piece they did for our City of Fire exhibition. This time, the weekly trade magazine for Tinseltown spoke to TrustoCorp about their recent Tabloid Magazine Interventions. THR and Trusto had a serious Q&A session regarding artistic expression in parodying tabloid covers as these magazines twist and warp facts on numerous  celebrities in pop culture in the interest of sensationalist reporting. 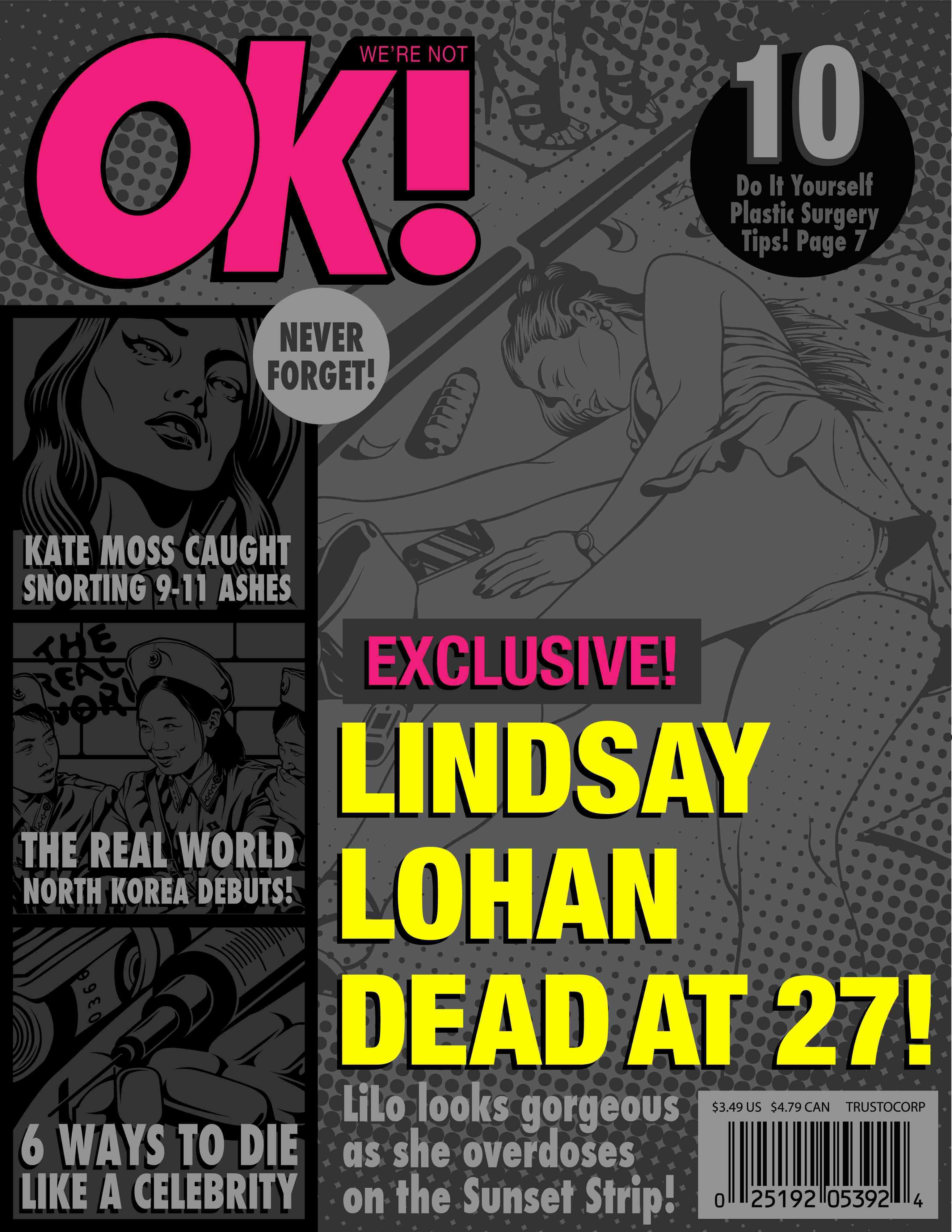 The Hollywood Reporter (THR): How do they feel about the latest Lindsay news, of paramedics being called in to treat her “exhaustion” in a hotel room late last week? Is it, in a sort of sad way, ironic?

TrustoCorp (TC): We’d like to note that our criticism is not directed at celebrities themselves. Our criticism is directed at Tabloid magazines and their sensationalist portrayal of celebrity culture. We feel that tabloid magazines contribute to the dumbing down of the American people (no offense) and profit from the public downfall of celebrities. TrustoCorp art exaggerates this reality in order to show the trajectory of our culture. Criticizing and making fun of what exists today, can change our perspective of what exists tomorrow. That is our goal.

In regards to Lindsay Lohan’s ‘exhaustion’ incident, it was apparently a false alarm and a perfect example of celebrity culture being sensationalized. Making news out of nothing. 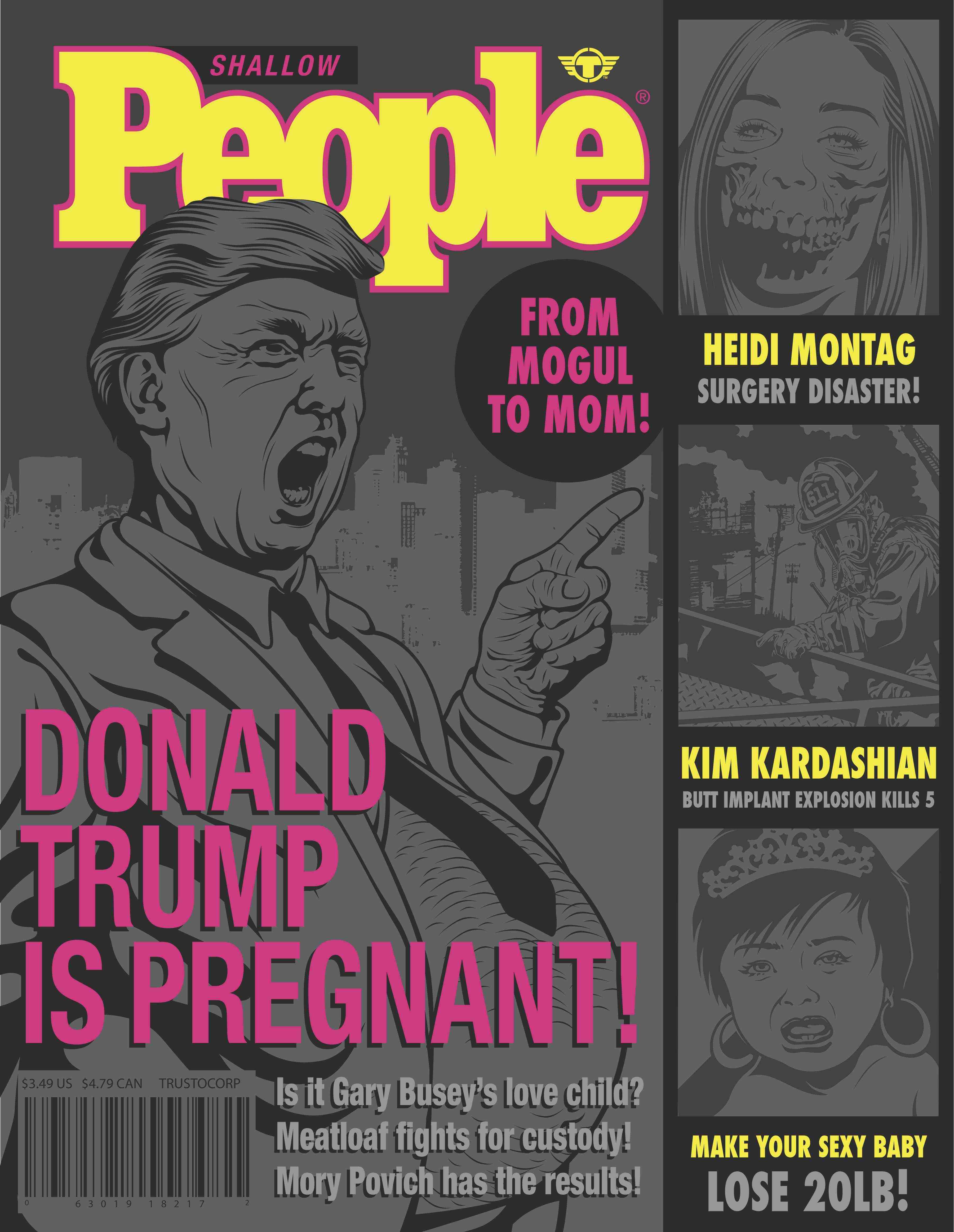 THR: Why focus on Lindsay on this project? Or is the question more like: Why not? Is she pretty much the most obvious tabloid staple circa 2012?

TC: Lindsay Lohan, like other subjects of ours (Sarah Palin, Donald Trump, Kim Kardashian) are role models, therefore have a huge impact on people’s lives. How celebrities are portrayed in media shapes our culture and makes us who we are, therefore they become effective subjects for art that talks about the state of our world today. Andy Warhol felt the same way about Marilyn Monroe, Elvis Presley and Jackie Kennedy. 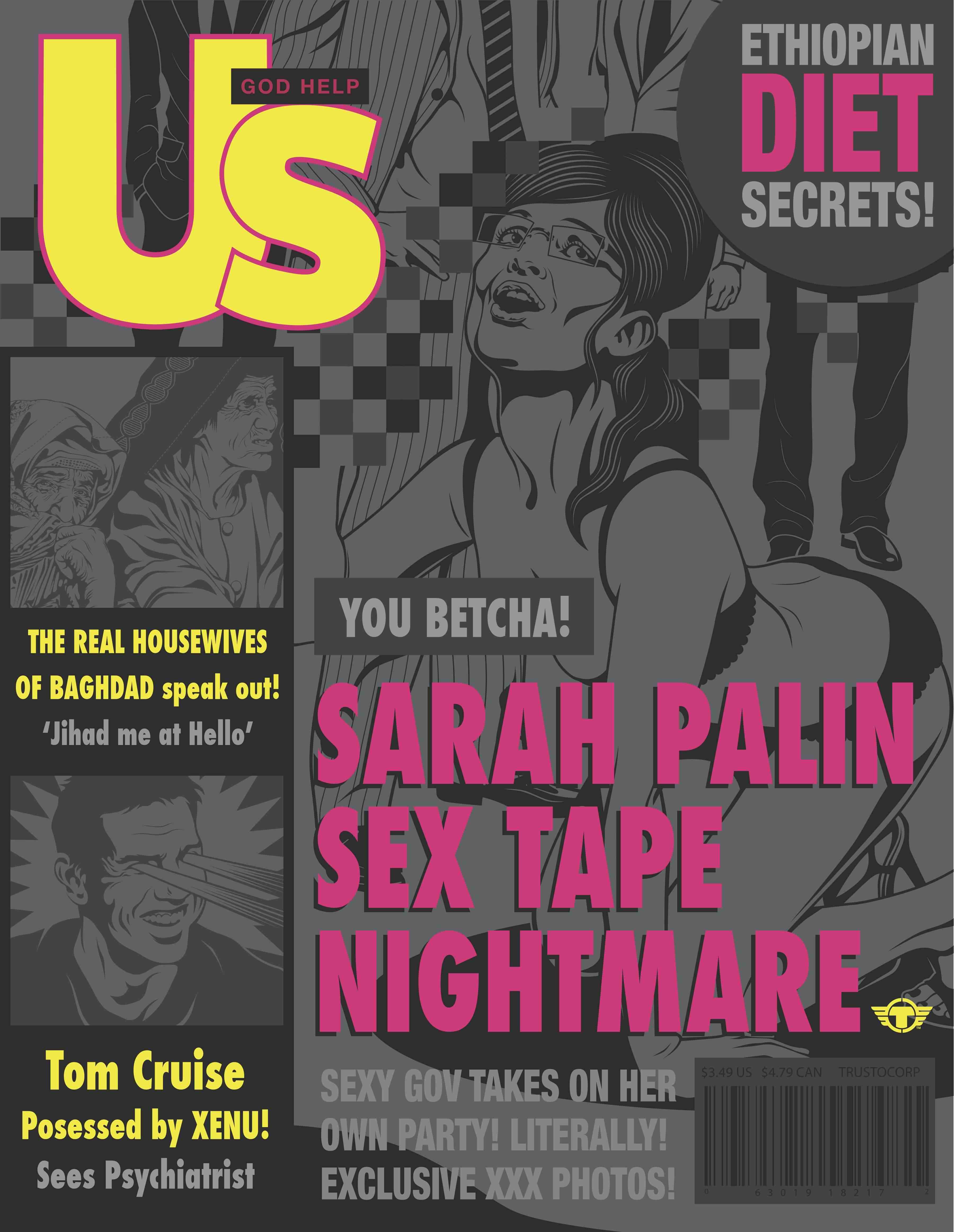 THR: If she does die, will they feel bad? Will they stop showing/selling the artwork? Or does it take on a new significance/resonance?

TC: Death is not something to joke about – the commentary in our fake Tabloid cover is NOT about Lindsay Lohan’s death, but about how Tabloid magazines would report on her death. We wish the best for her and her career. In fact we have sympathy for how Tabloid culture victimizes her. We’re on her side. From what we know, she’s a fan of street art and would not only understand where we’re coming from, but appreciate someone making fun of the magazines that objectify her.

Worth noting is the fact that many icons have died at the age of 27: Janis Joplin, Jimi Hendrix, Jim Morrisson etc. This was part of our inspiration for the image. 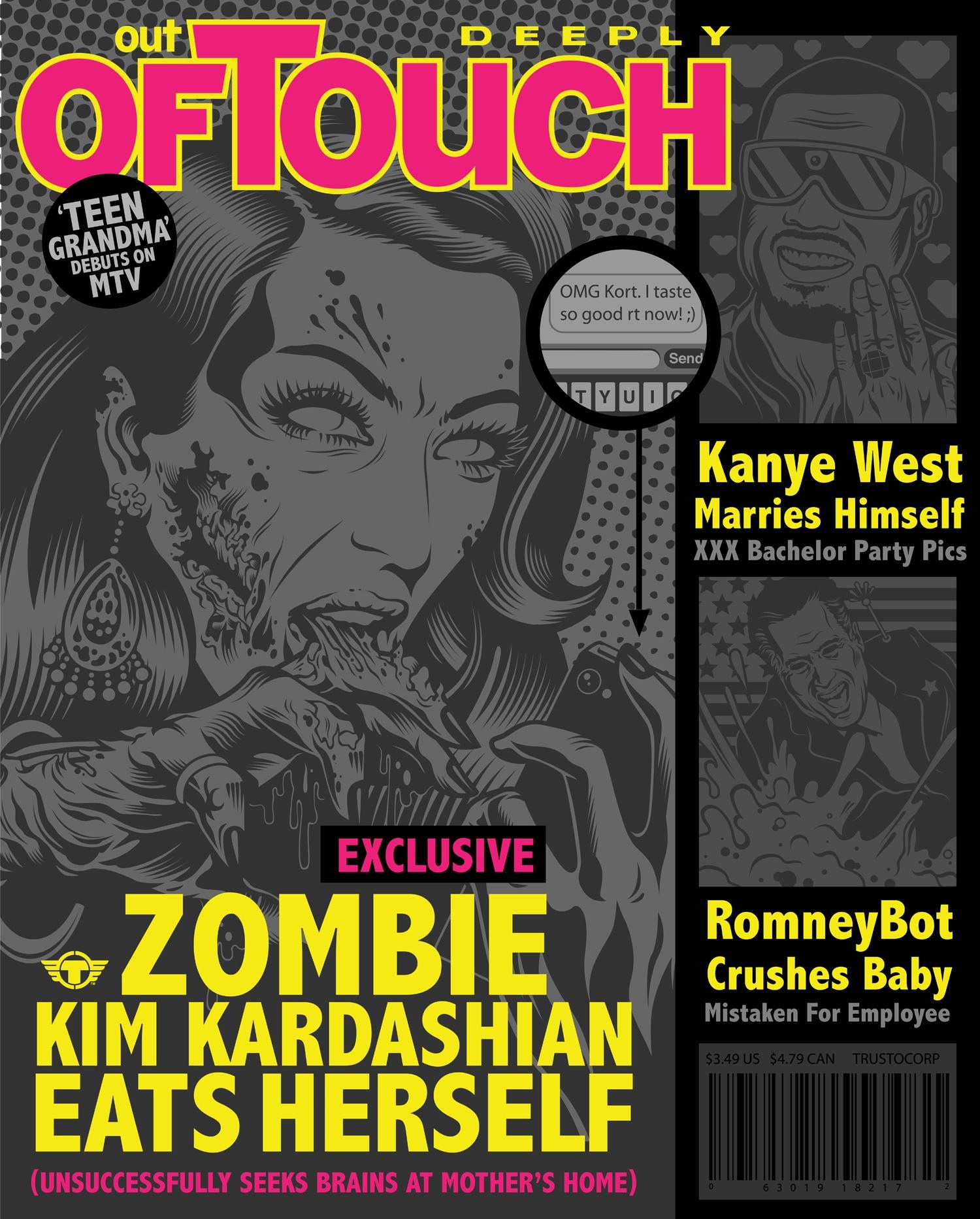