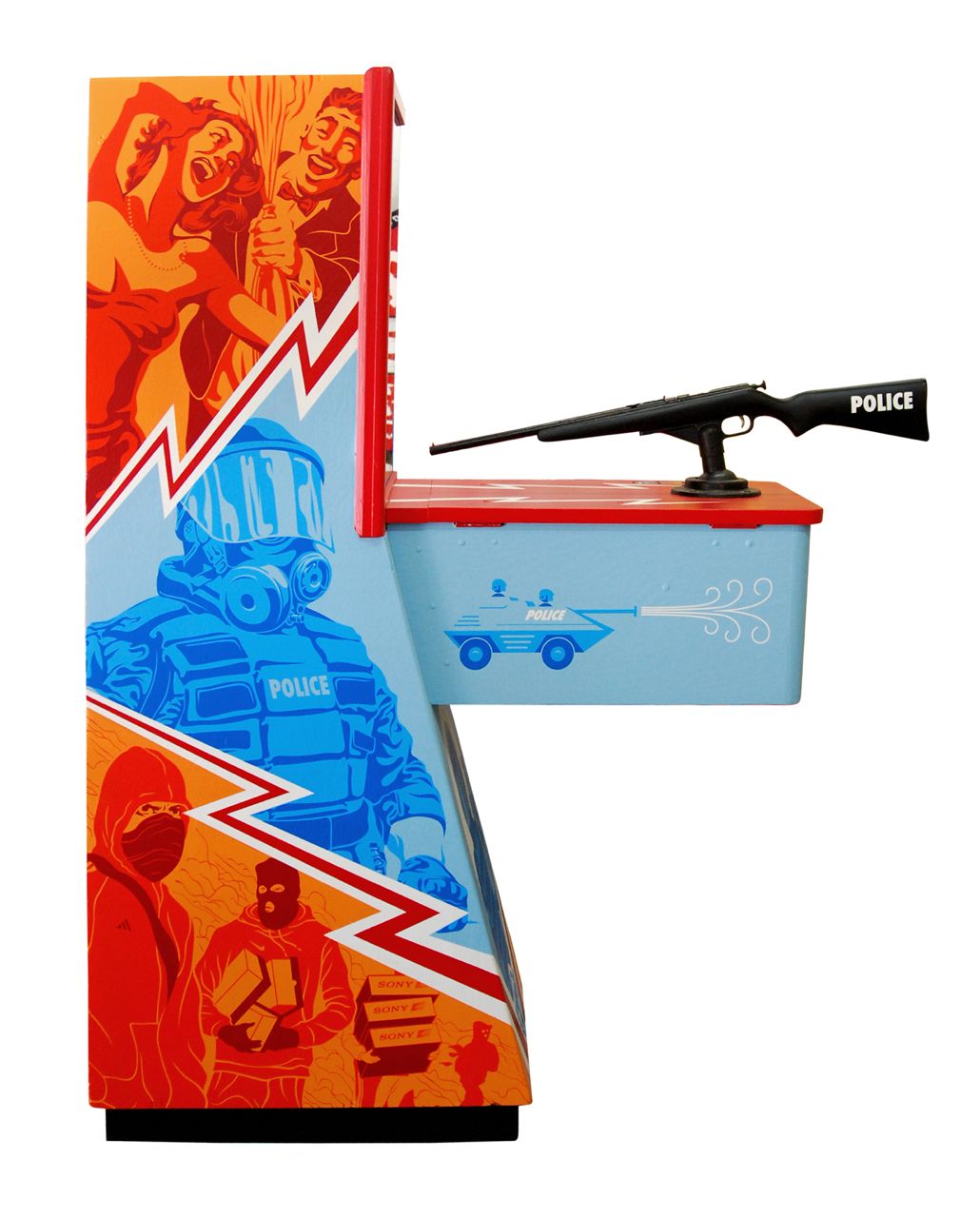 After a productive summer that saw a range of compelling street art interventions, including the Drive Thru Liposuction Station, faux tabloid magazines, mock reality TV ad disruptions, Hollywood Walk of Shame, as well as a series of their signature simulated signage, TrustoCorp will again move their work indoors for a followup New York gallery show to last year’s successful debut exhibition, An Overt Display of Mischief and Mayhem.

Opening Thursday, October 20th, the Brooklyn-based collective will this time target the walls of Opera Gallery with their wit, satire, and thoughtful social commentary. Modifying the classic board games and video arcade machines with their tongue-in-cheek political slant, this is a mere taste of the fun, yet provocative mixed-media creations that should be expected this weekend. And with their trademark opening night festivities – including carnival games, air rifles, and prizes to win which we last saw during this year’s Los Angeles show New Americana – fans should clear their schedules now for a fun filled night of TrustoCorp sponsored entertainment. Finally, a corporation that actually gives back to the people!

Check out another preview image and the show flier after the jump. And stay tuned for a full studio visit with even more preview coverage later this week. 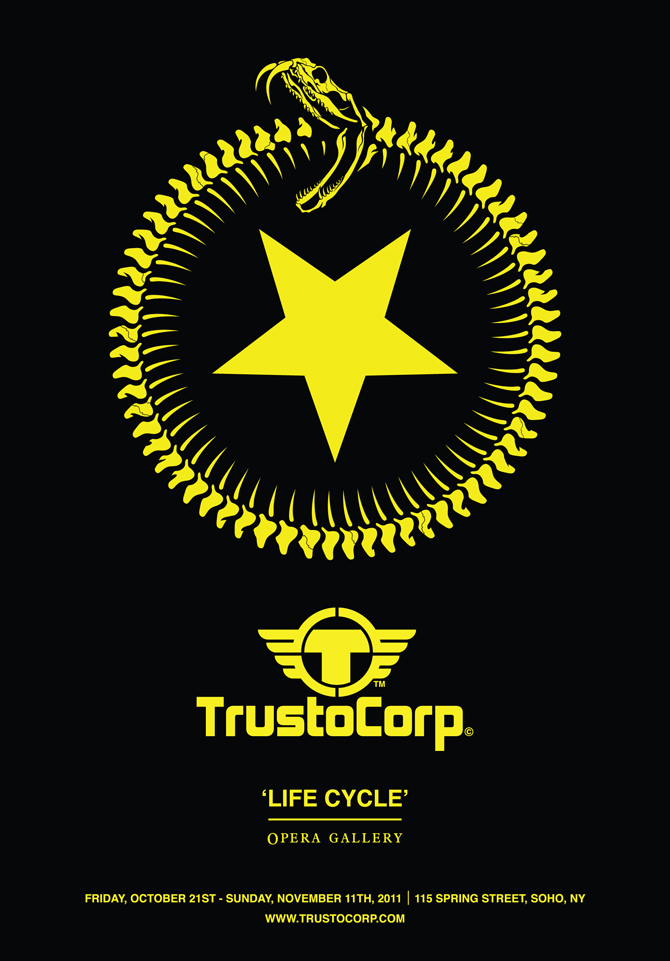