After news broke earlier this year that David Choe’s (featured) Facebook stock had made him a very rich man, he was last seen getting interviewed by Howard Stern and Barbara Walters. Looks like he’s finally surfaced on the Big Island of Hawaii where he picked up some paint again to work on a wall featuring classic Choe imagery with imaginative and random creatures. It appears we have a octopus headdress wearing mermaid (attached to a fish) being ridden by a bird dress girl, ninja turtle, and the Bruddah Iz with a jellyfish trailing behind.  Here’s hoping we’ll be seeing more art-making from Choe in the future soon. 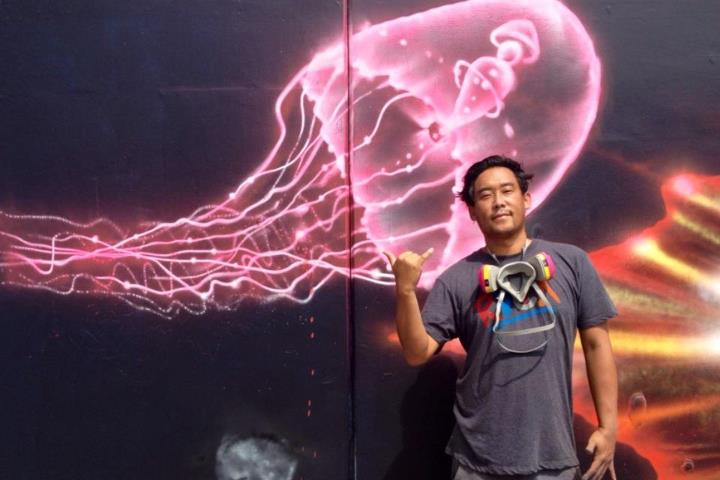 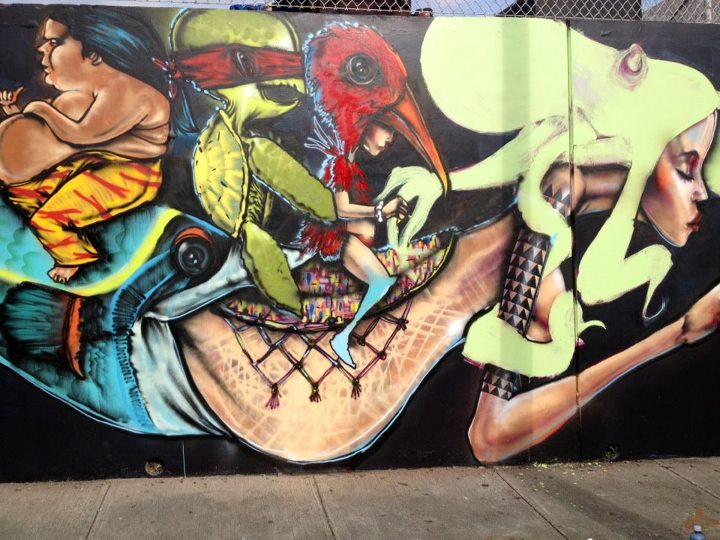 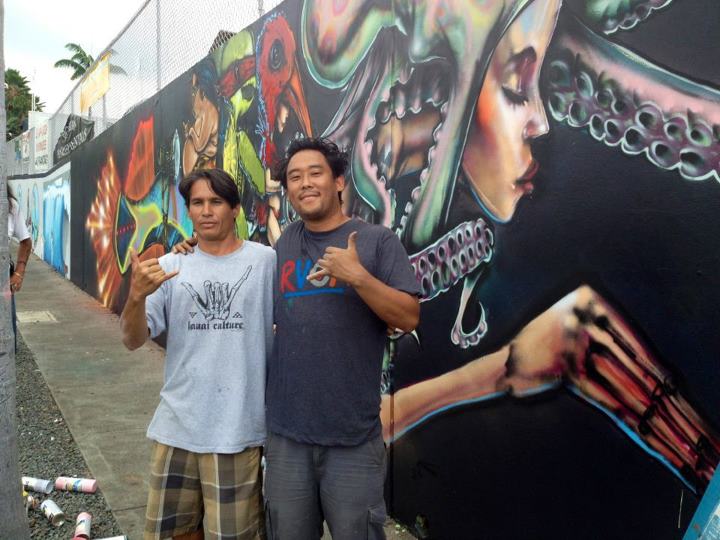 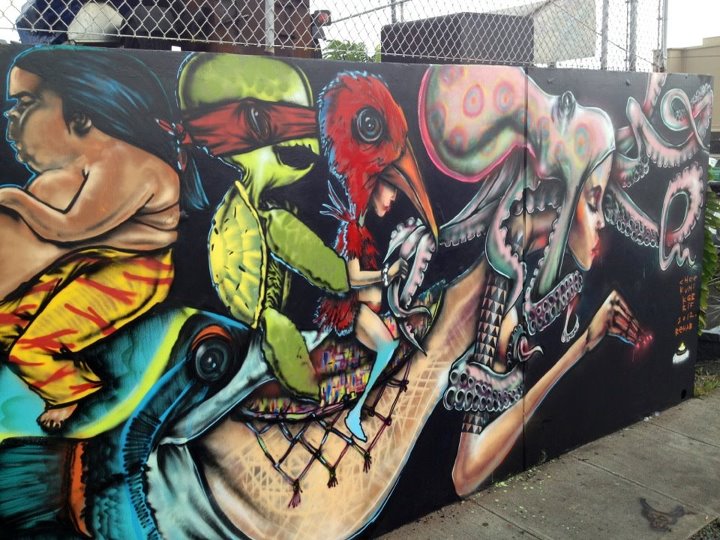