Leading off last week’s Streets: World Roundup is this amazing mural (seen above) painted over the course of a year by Josef Kristofoletti. The project was commissioned by the ATLAS Experiment at CERN, the European Organization for Nuclear Research and was painted on the side of the ATLAS control room directly above the detector, near the Swiss-French border outside of Geneva by the Texas-based artist. It depicts the artist’s interpretation of what the Higgs boson might look like. For those interested, Kristofoletti also sent us a link for a time-lapse of the project here.

Photos via the artists unless source is otherwise specified. 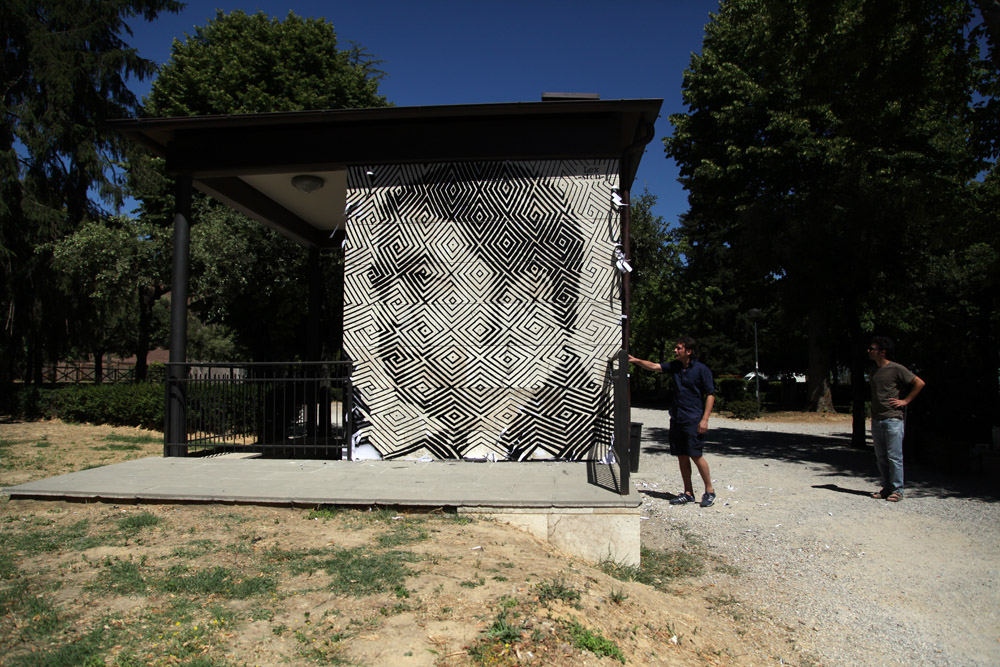 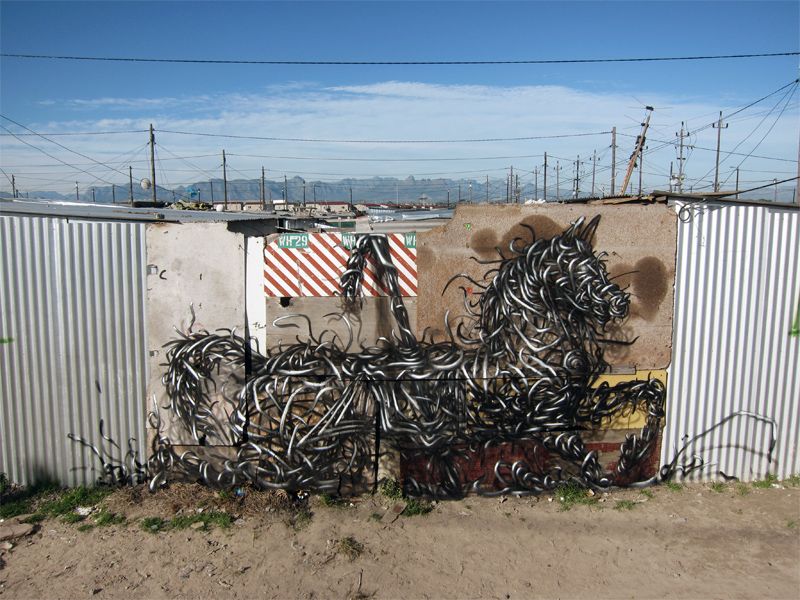 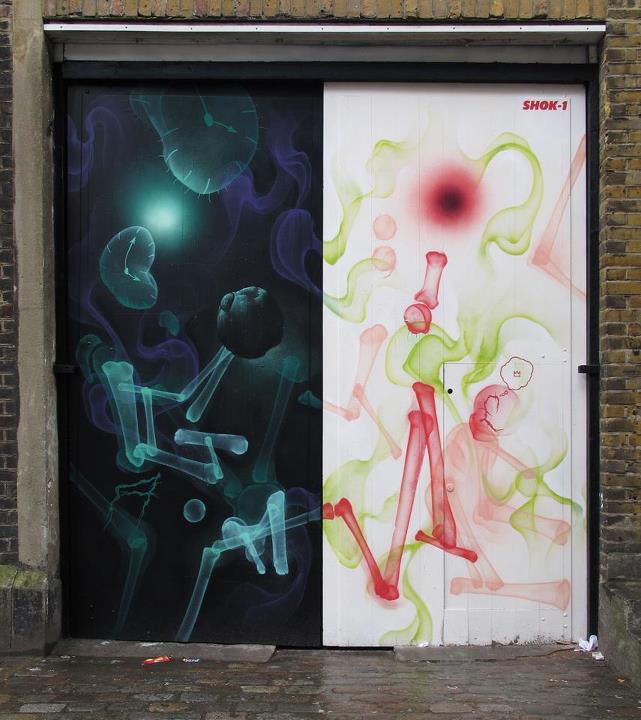 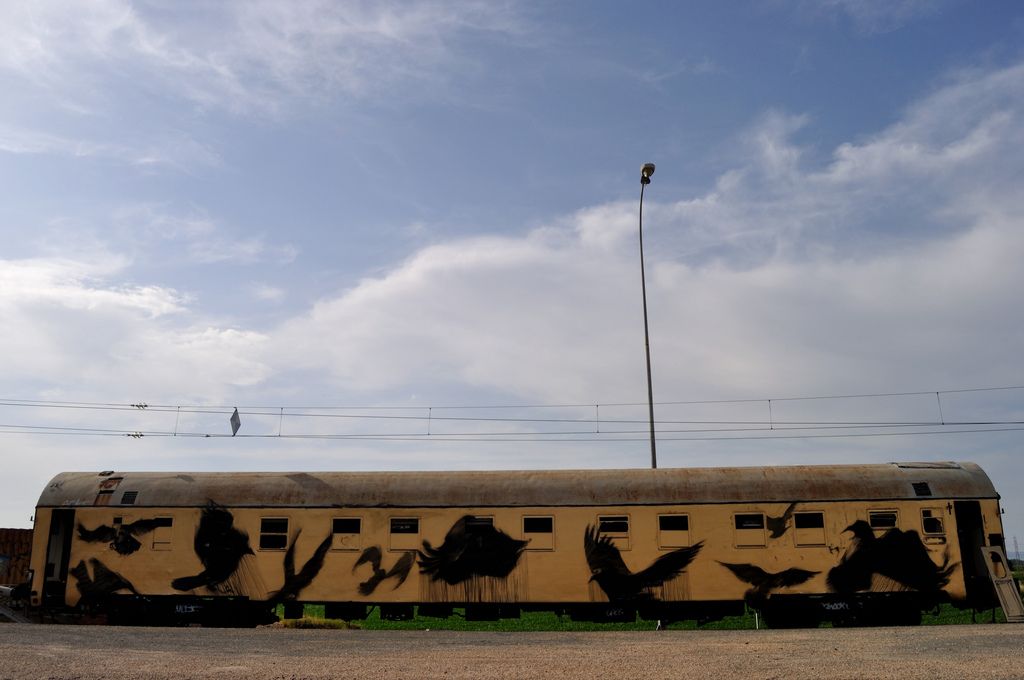 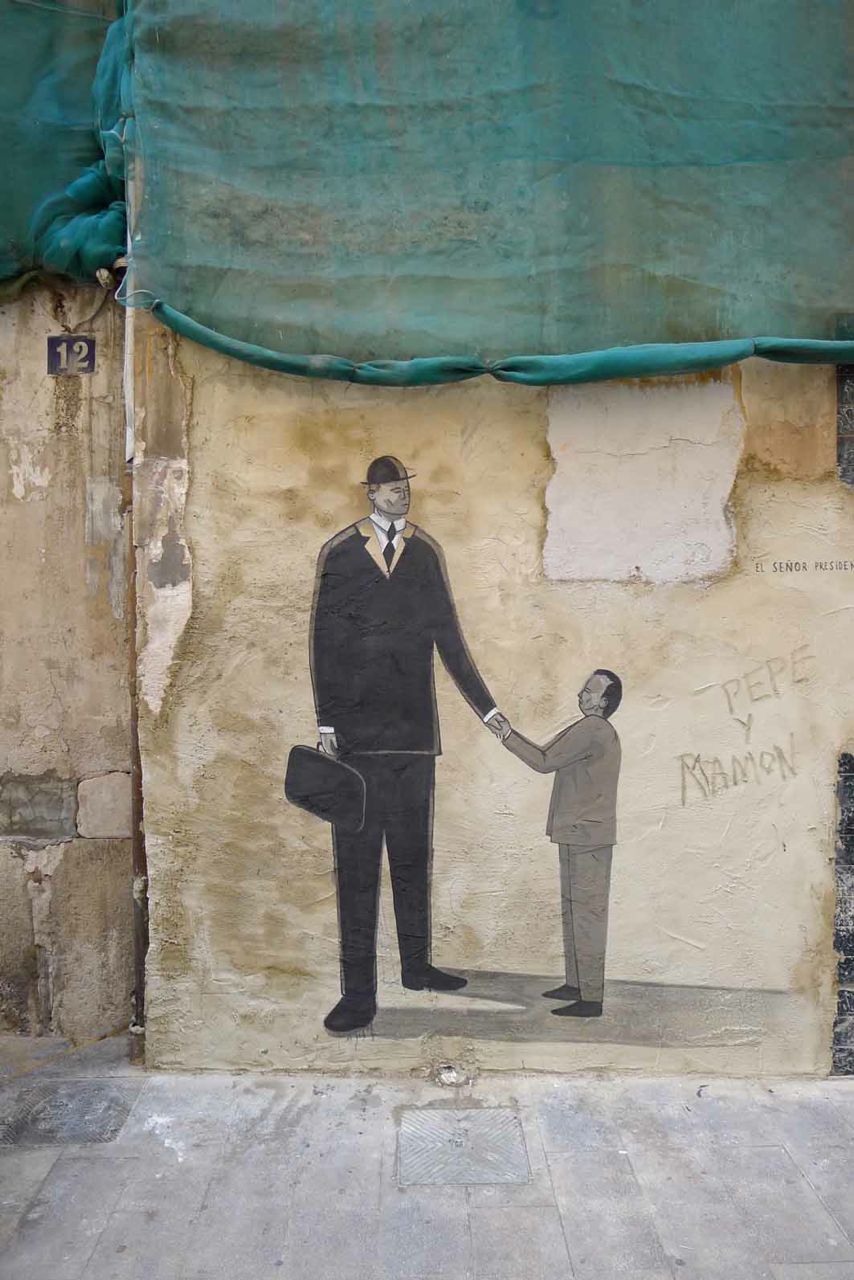 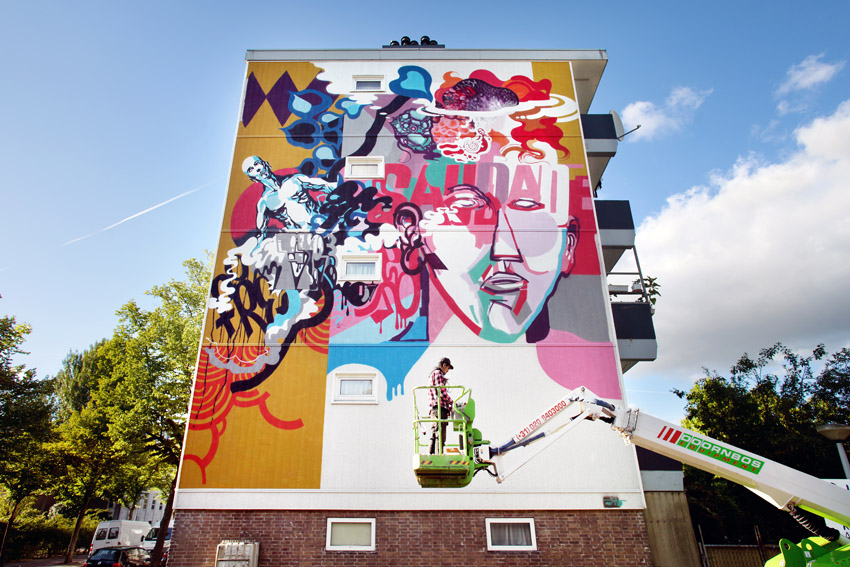 Titifreak for the R.U.A. Festival in Amsterdam. Photo by Marco Buddingh. 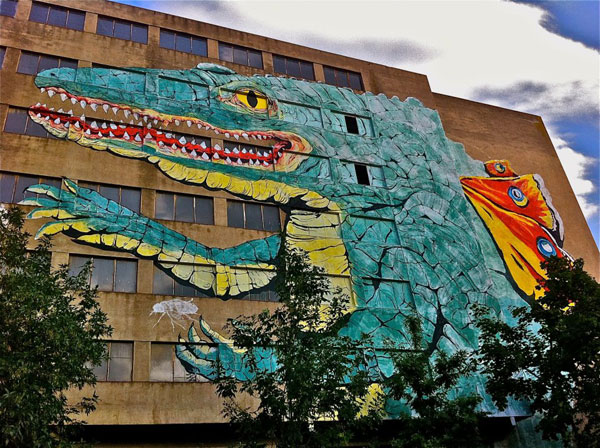 Ericailcane in Girona, Spain for the Milestone Project. Photo via Upper Playground. 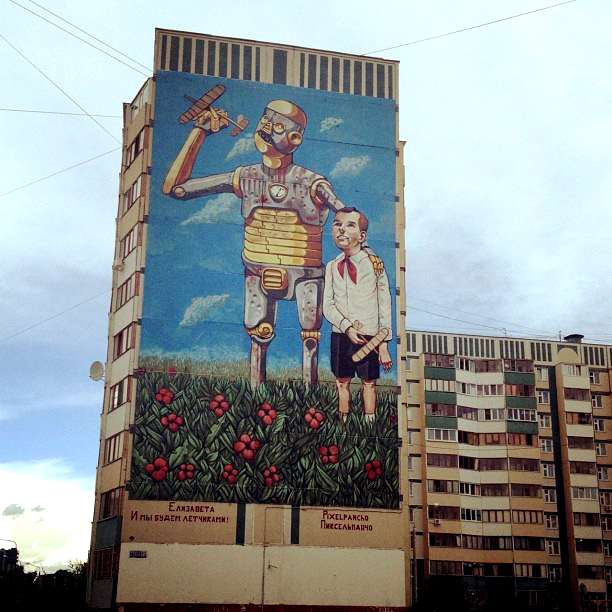 Pixel Pancho for the Like It Art Festival in Kazan, Russia. Photo via StreetArtNews. 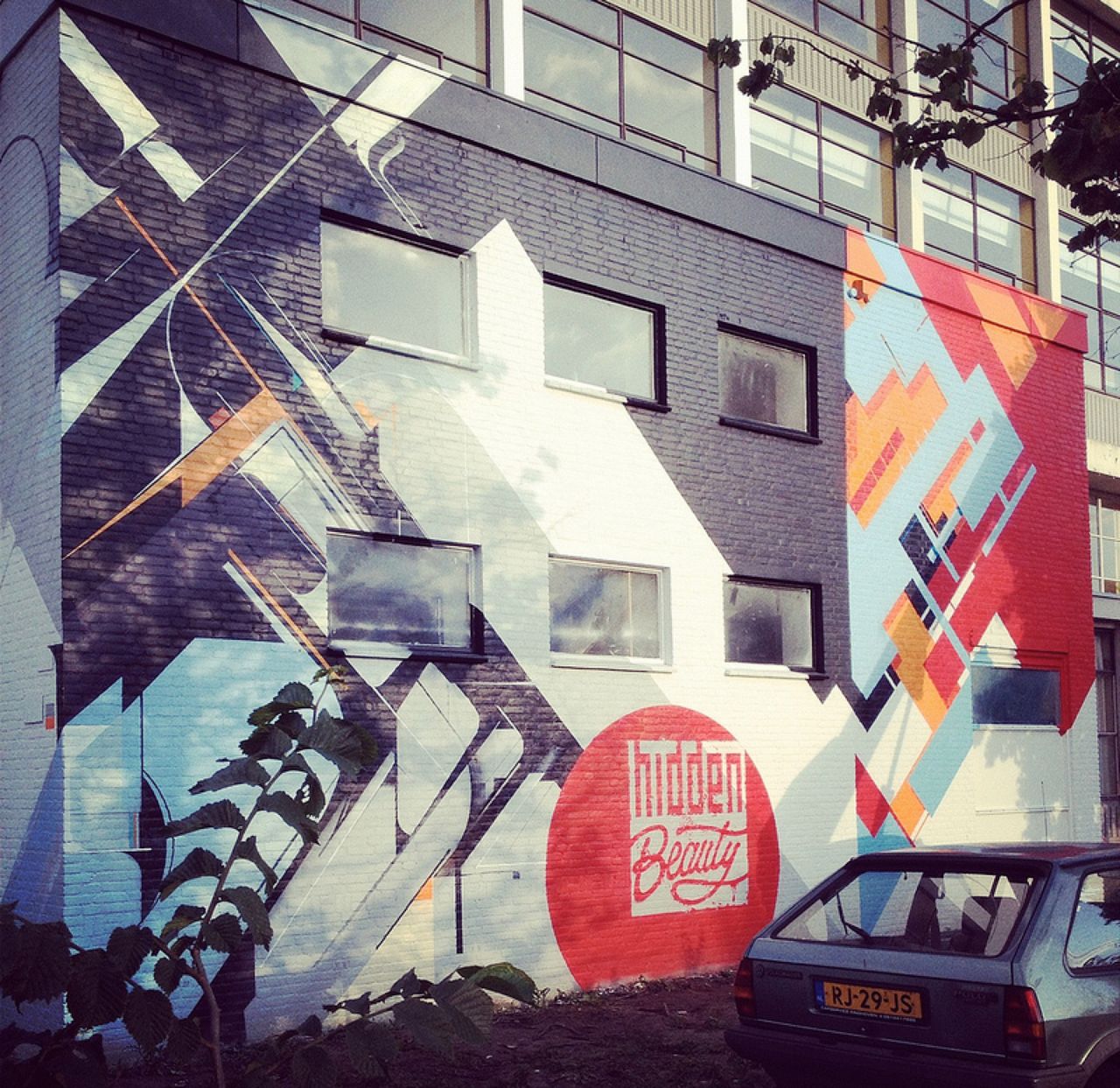 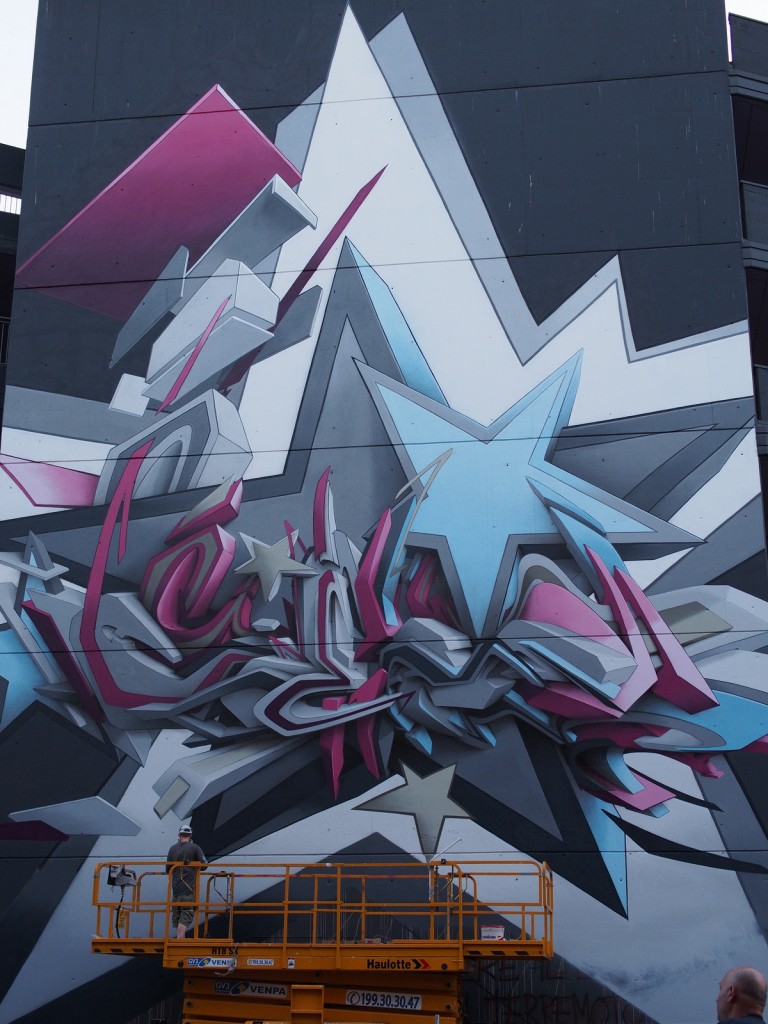 Daim in Bologna as part of the Frontier Project. Photo via Graffuturism and by Marco Monetti. 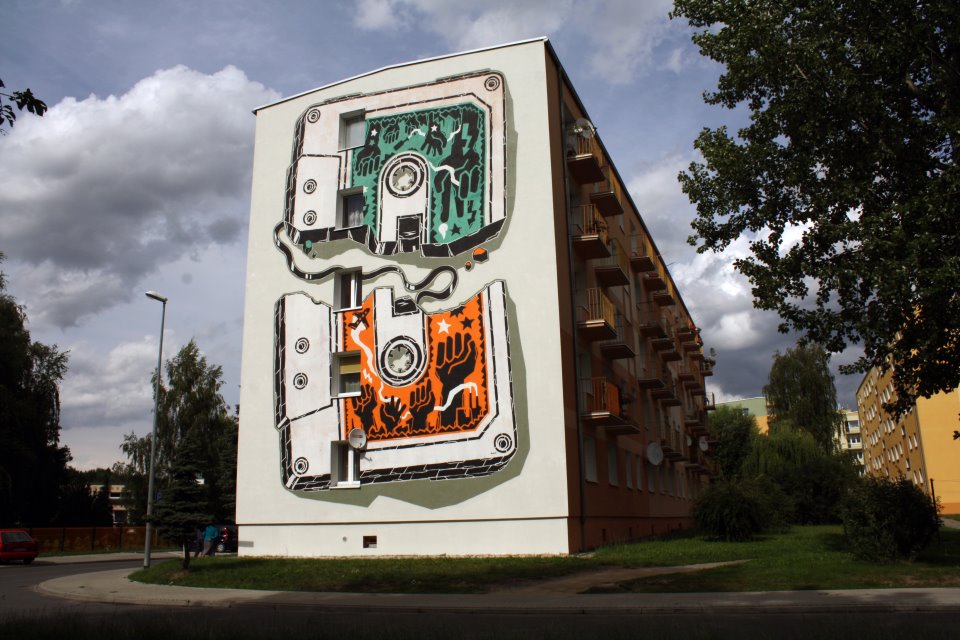 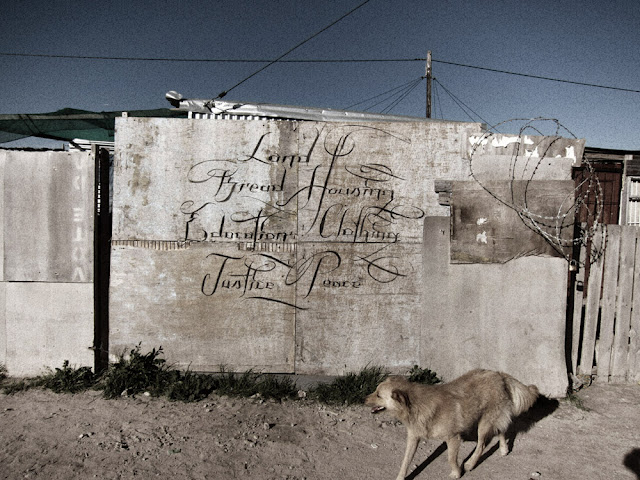 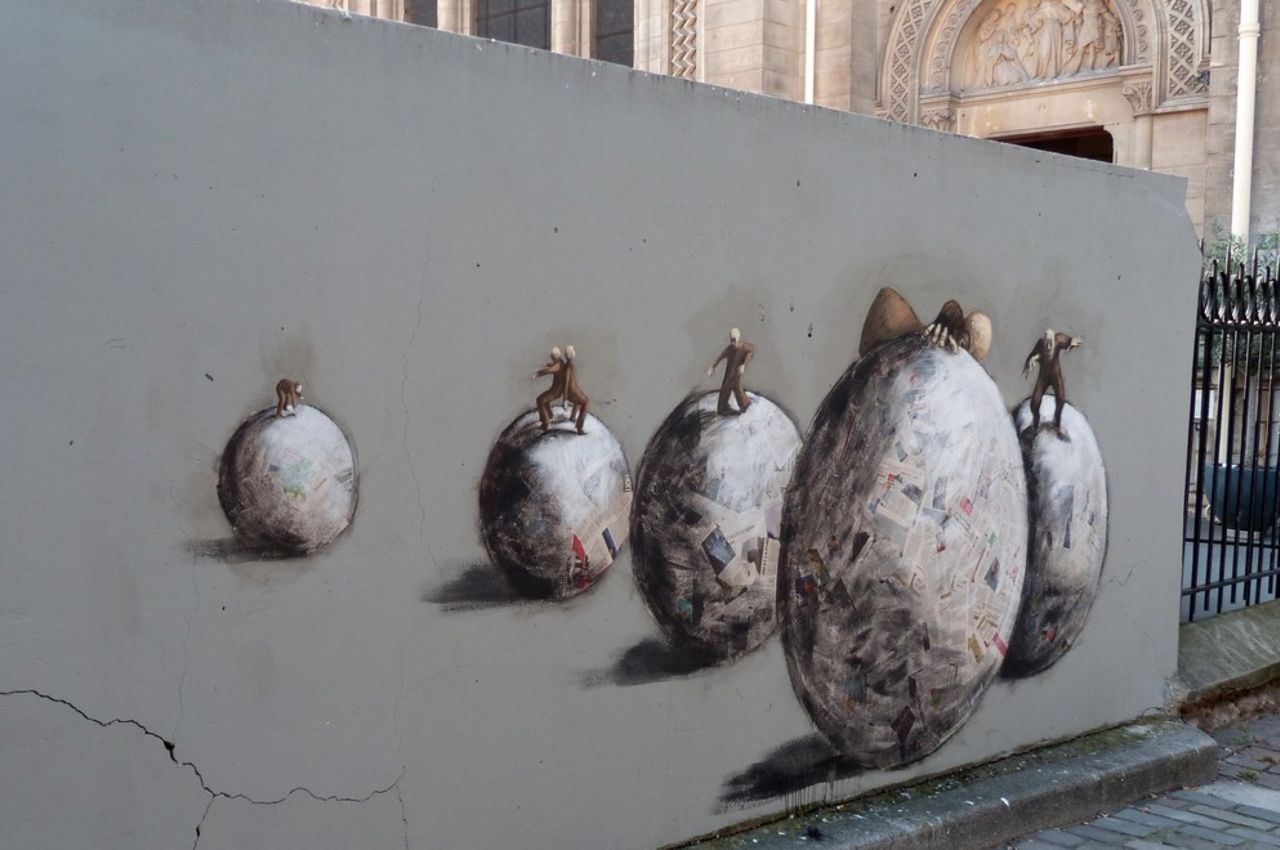