The summary of last week’s street activity is headlined by this new mural from Aaron Martin (aka Angry Woebots) in Hawaii. The piece which is located in the kaka’ako district at the UFC Gym (BJ Penn) in Honolulu was painted in preparation for the upcoming POW WOW event. Just so you know, some of the names for next year include new and returning artists like Meggs, Flying Fortress, Dabs Myla, Faith47, DAL, Herakut, Dalek, Yoskay Yamamoto, Nychos, ROID and more!

All photos via the artists unless otherwise sourced. 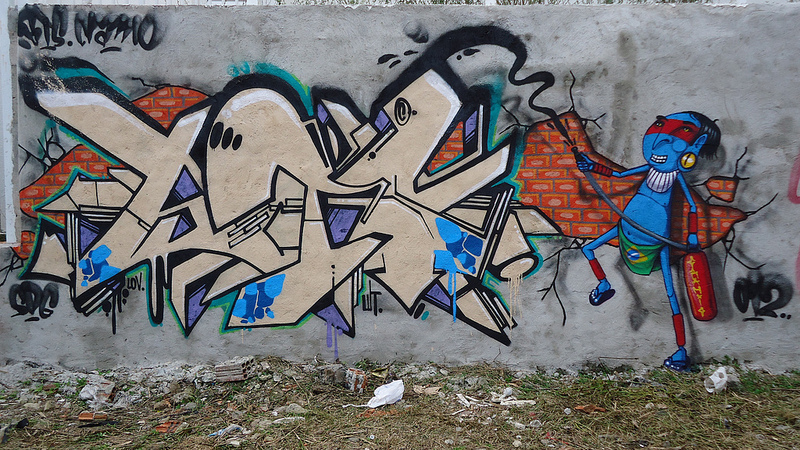 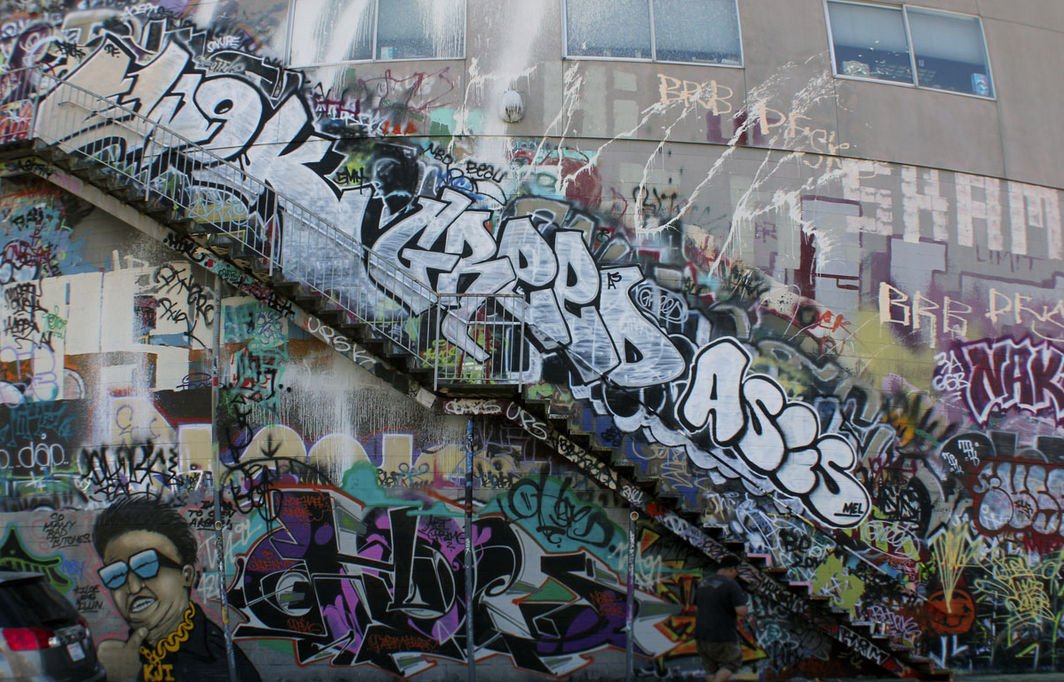 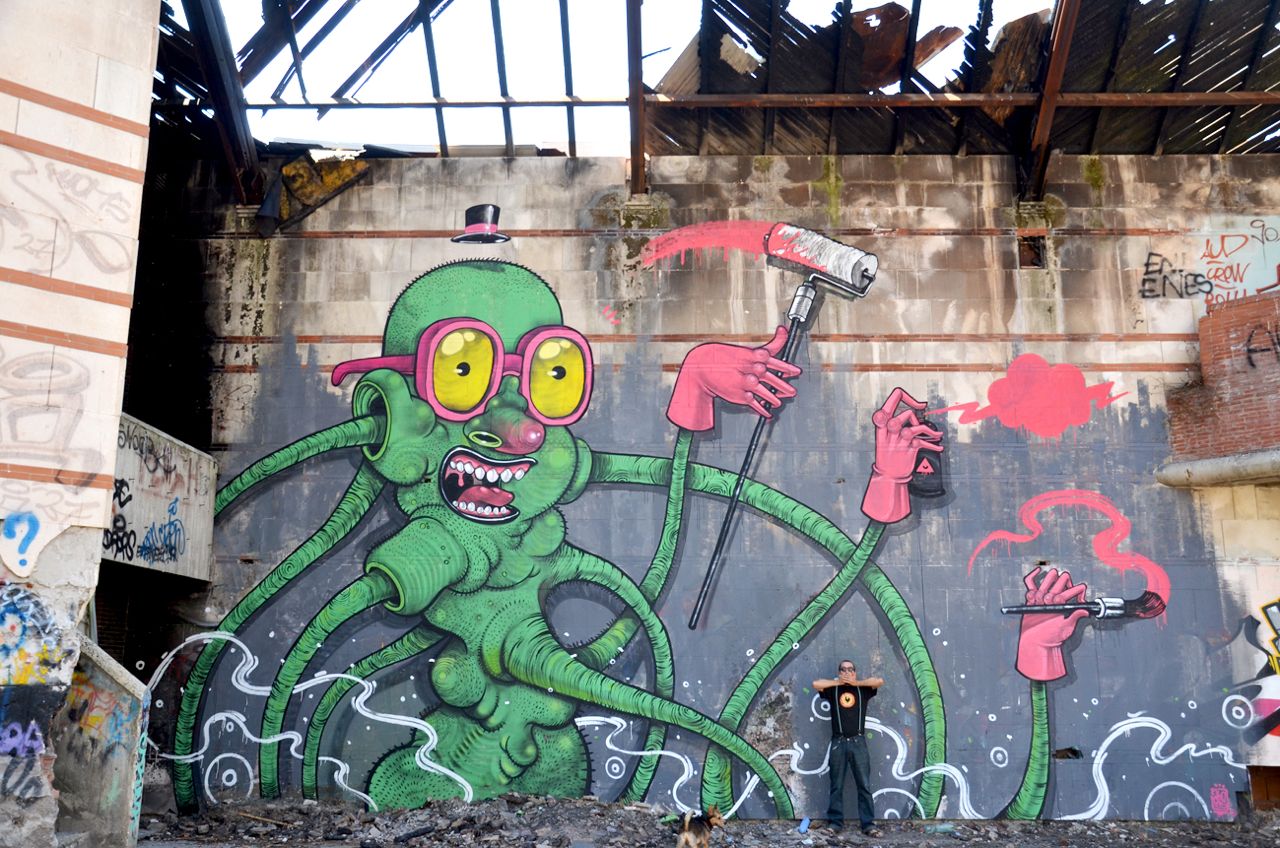 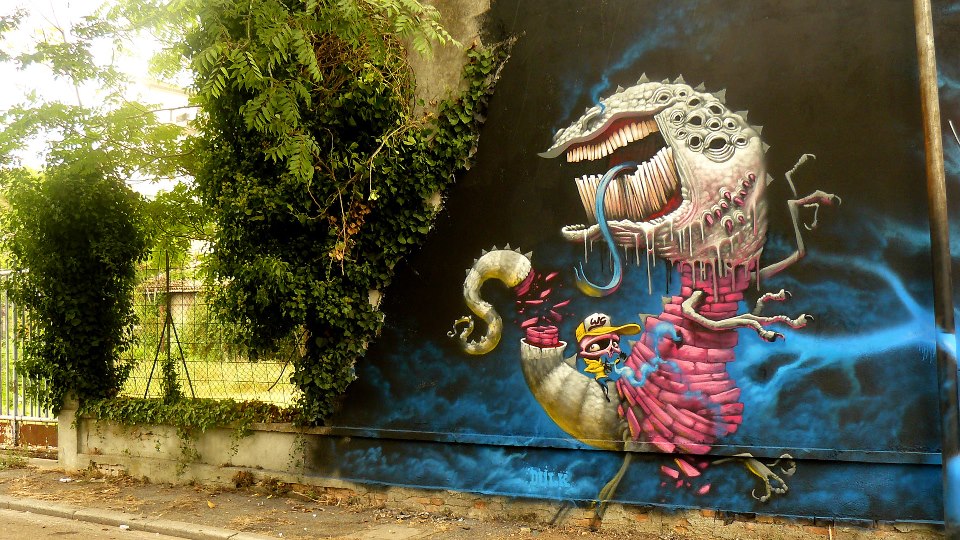 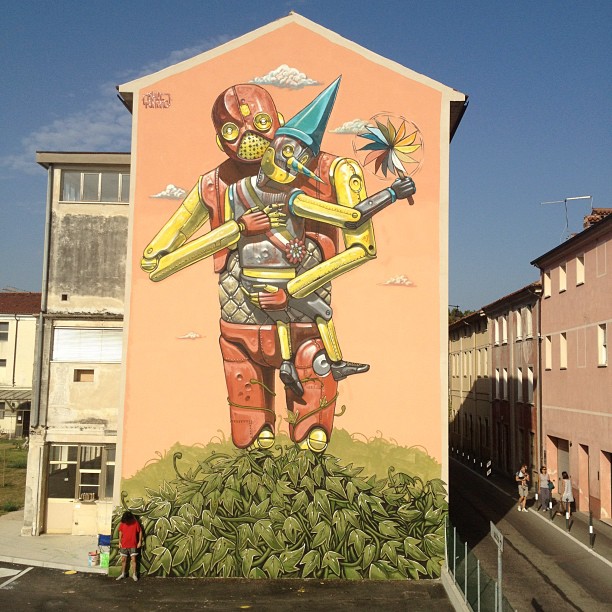 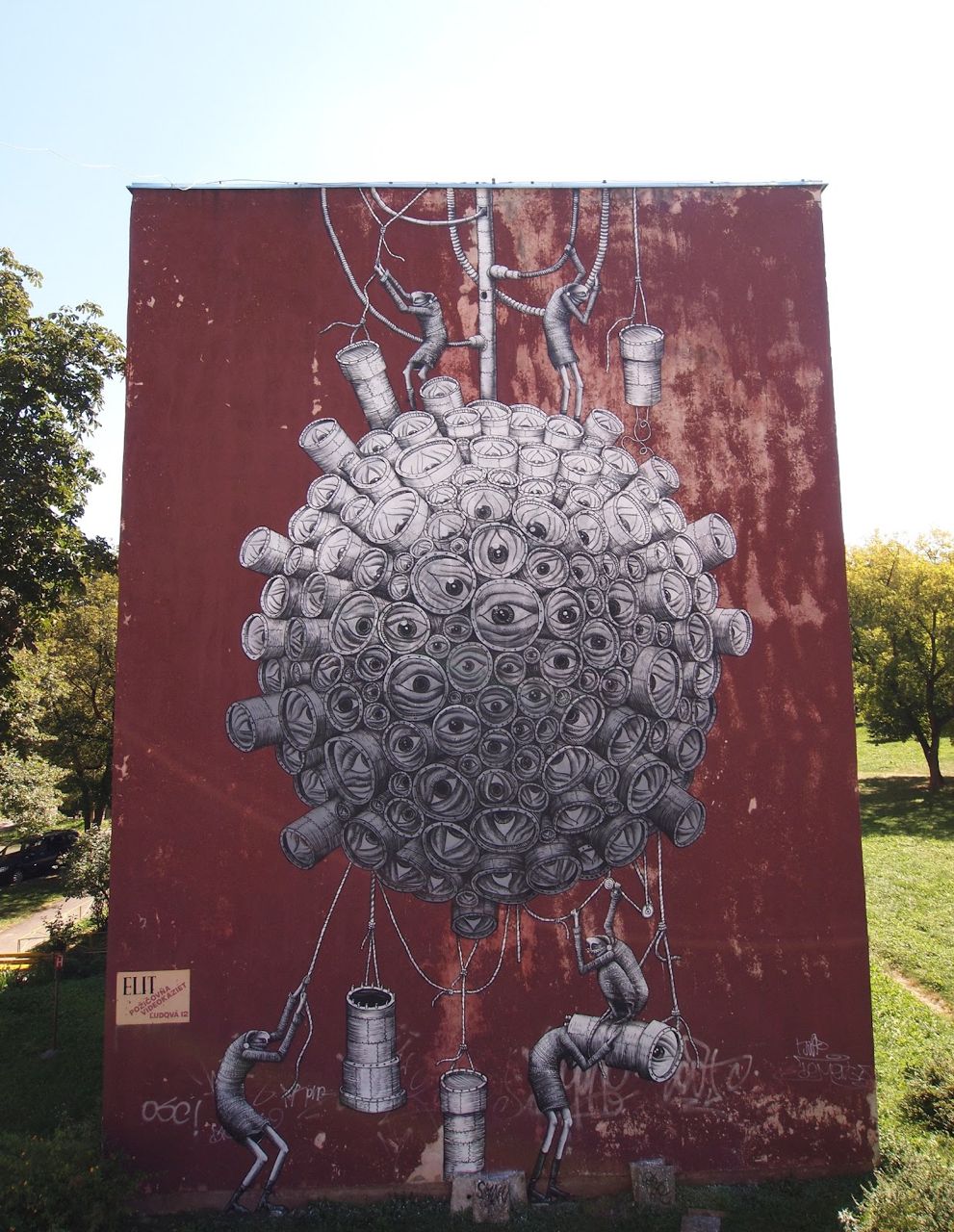 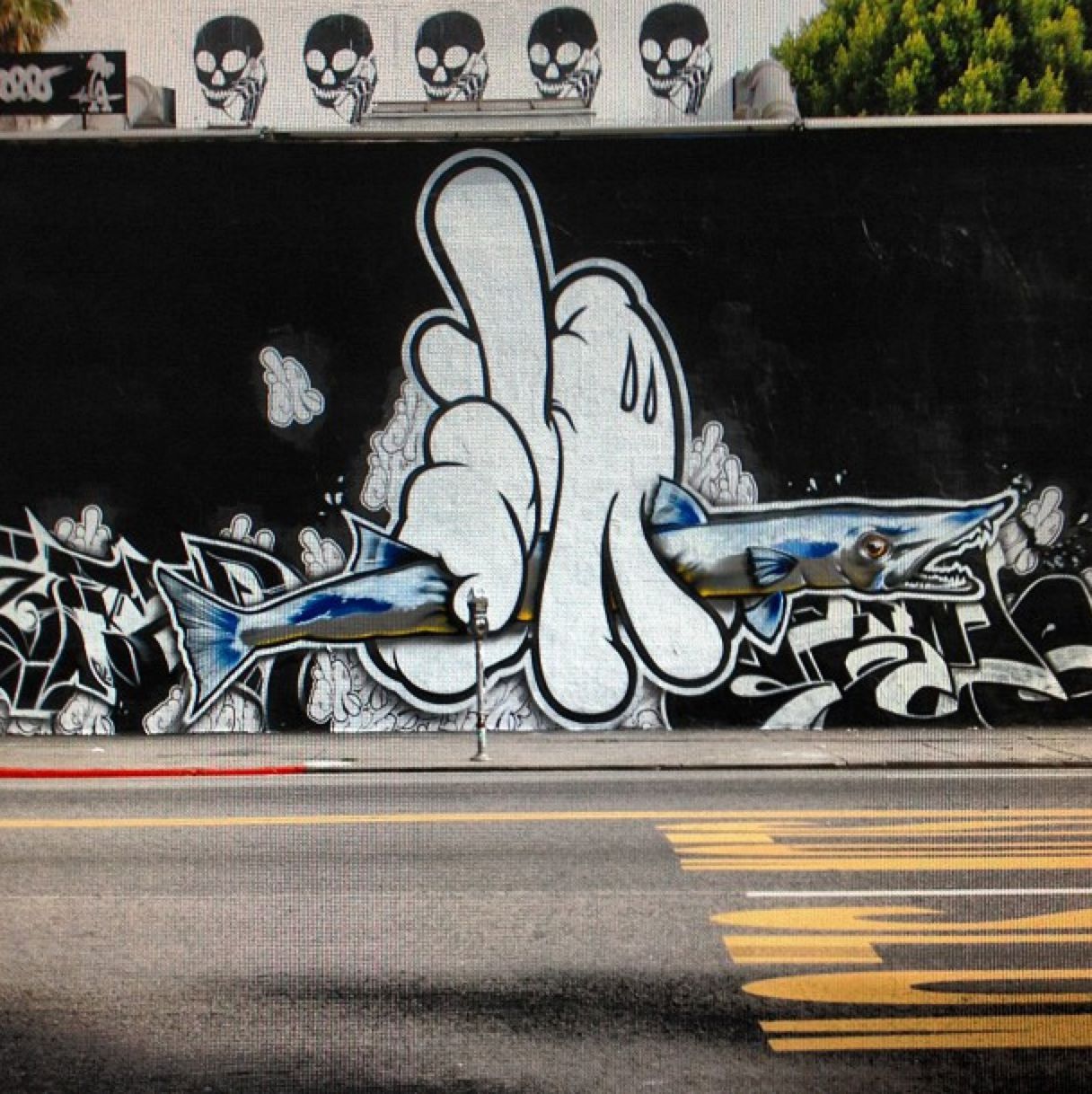 OG Slick at the Barracuda Wall in Los Angeles. 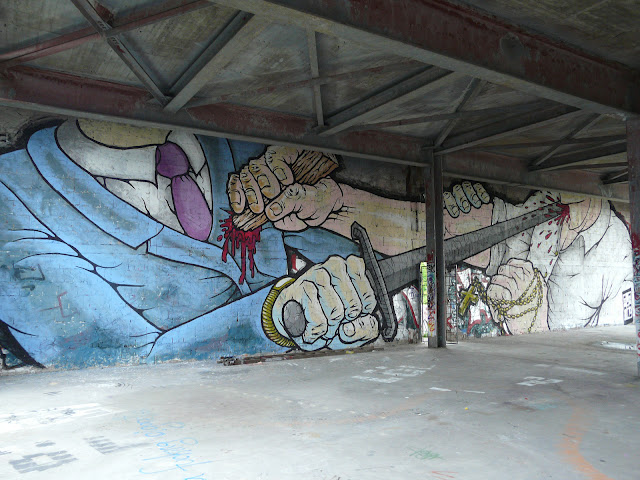 Alaniz in Berlin, Germany for the ArtBase Festival. Photo via StreetArtNews. 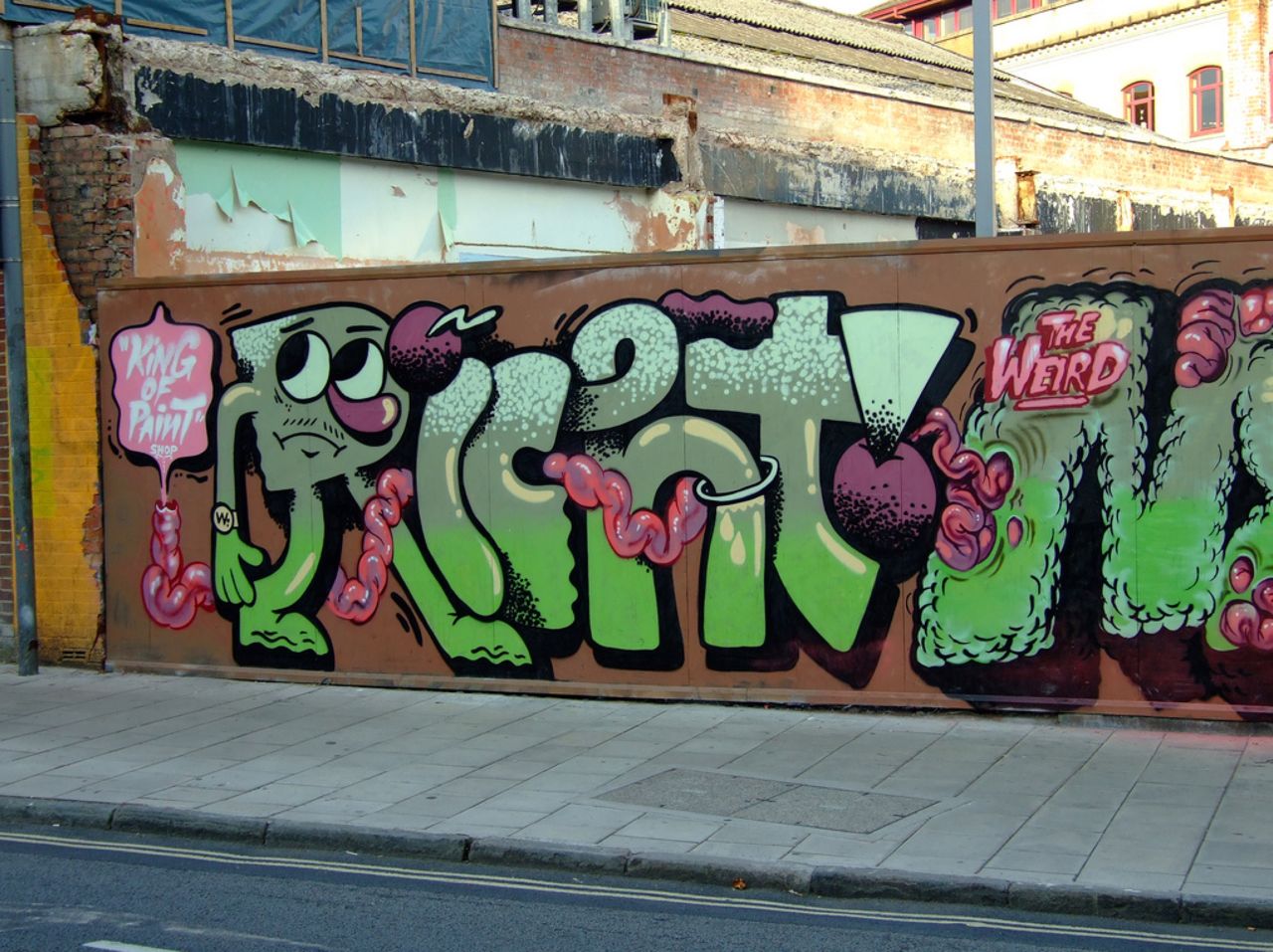 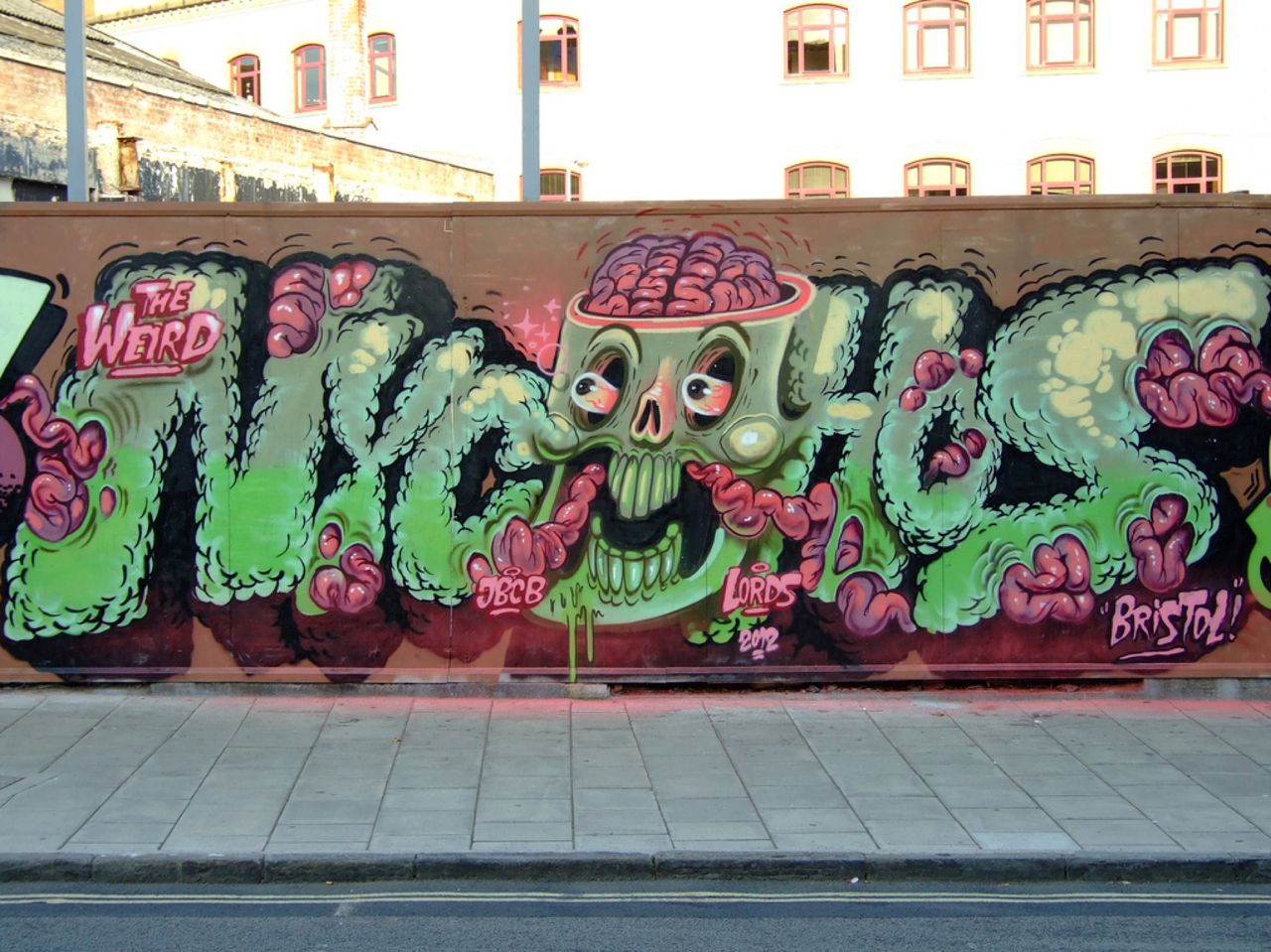 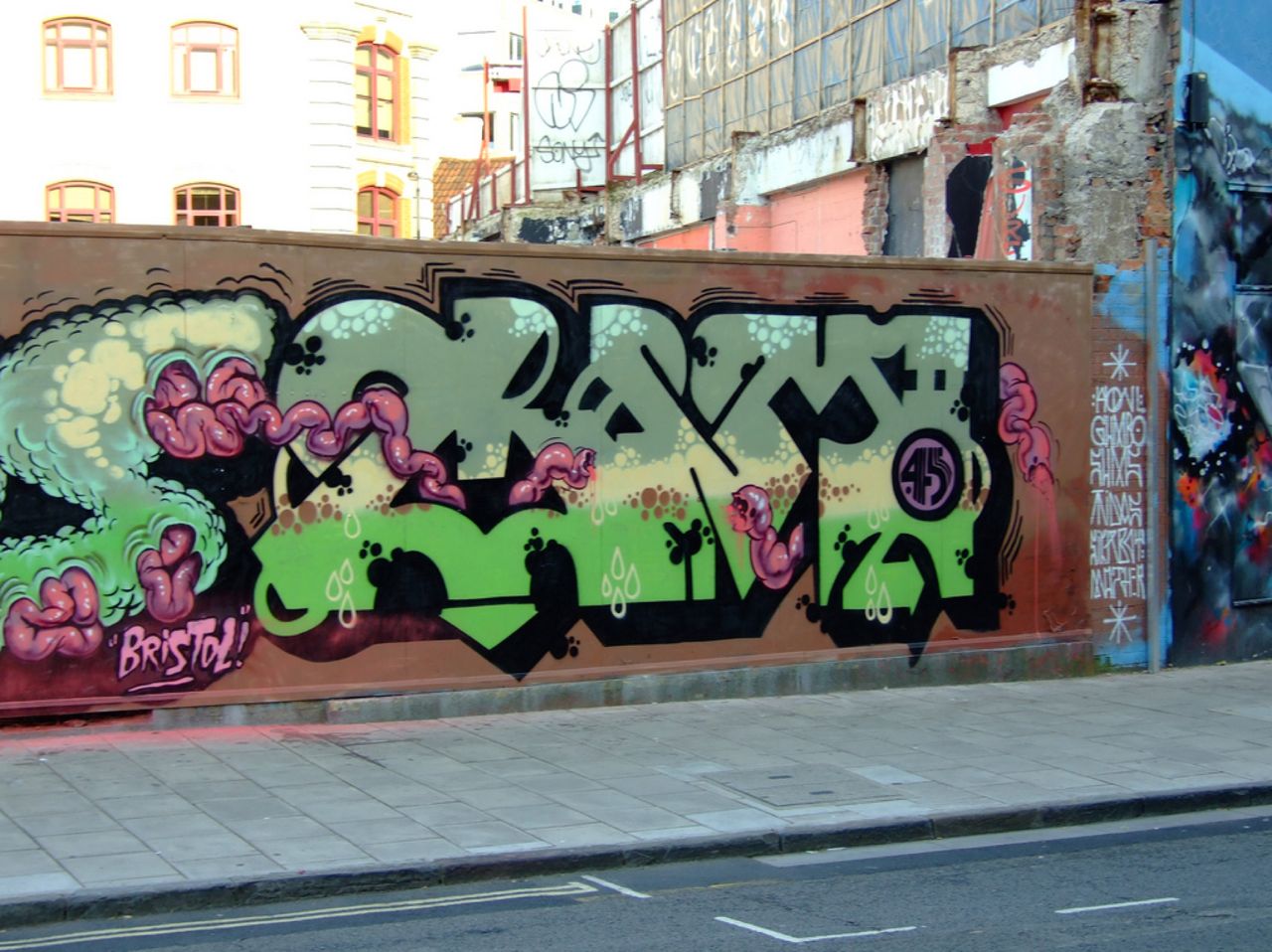 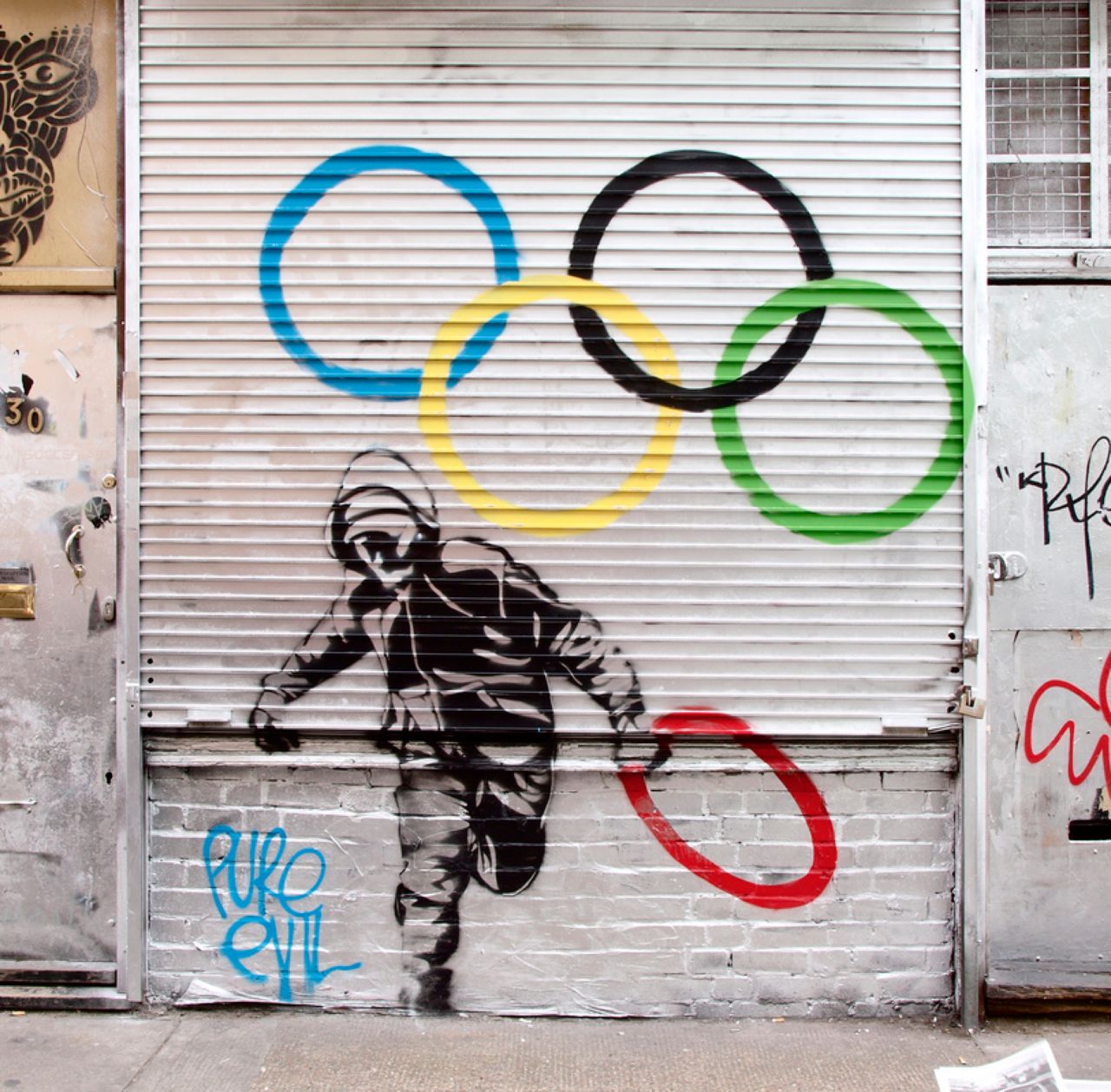 Pure Evil in London. Photo by Claudelondon on flickr. 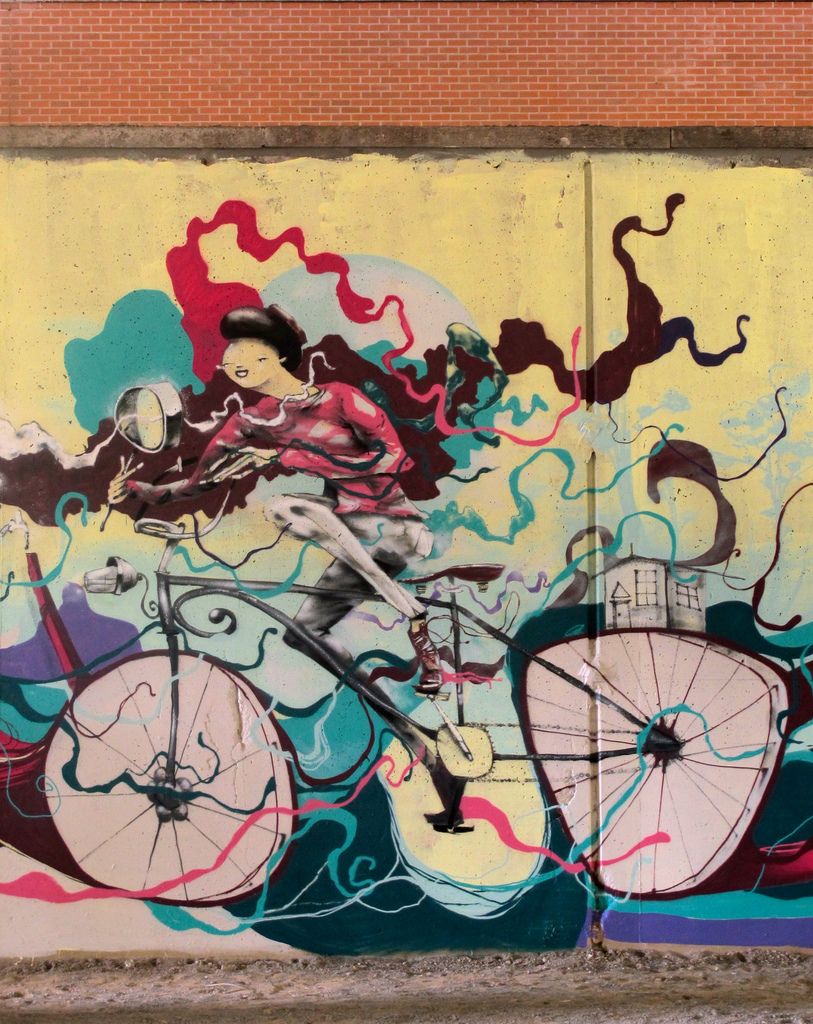 Mart for Kosmopolite in Brussels.