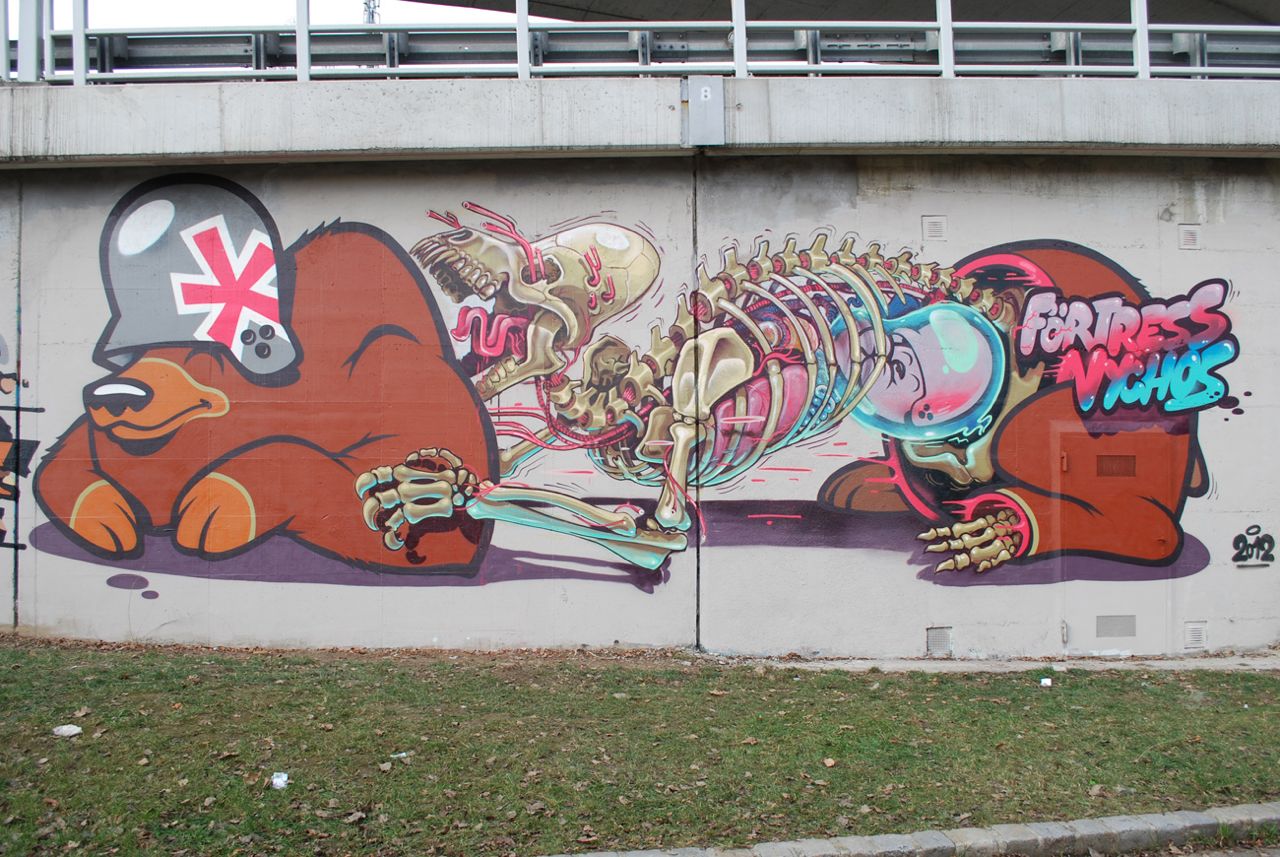 This week’s featured wall for our street art roundup from around the world is a sweet collaborative piece between Austrian artist Nychos and the German-based old school legend Flying Fortress. This mother bear mural was created when Mr. Fortress stopped by Vienna for a visit and if you are interested, you can see more footage in a video here. 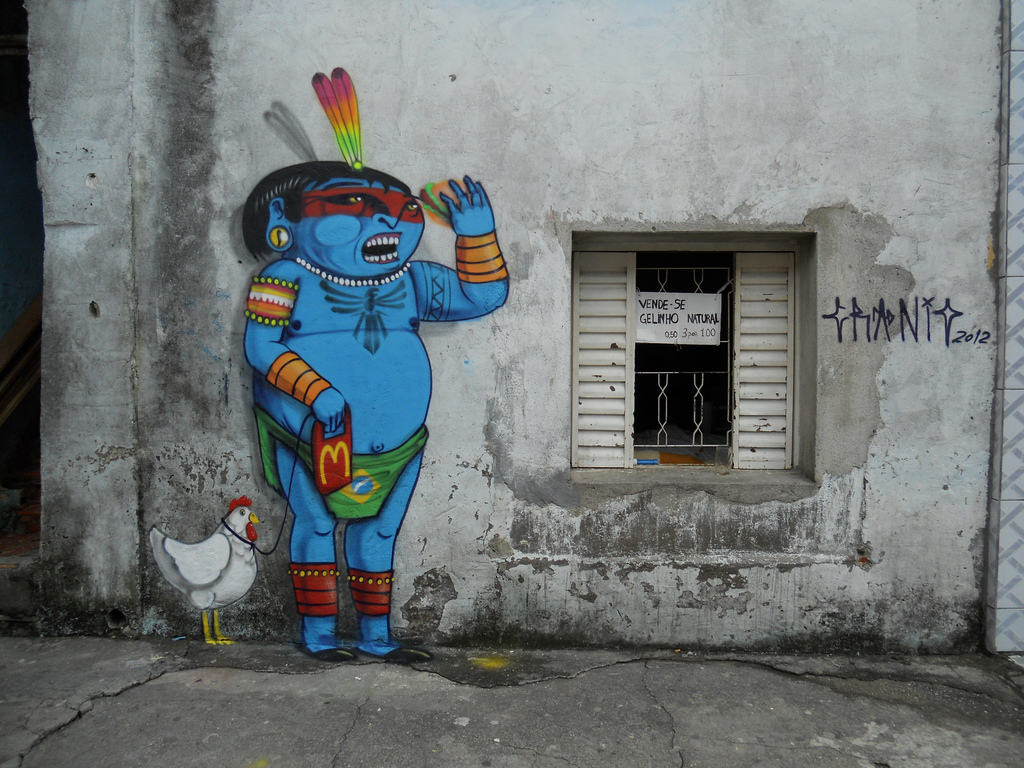 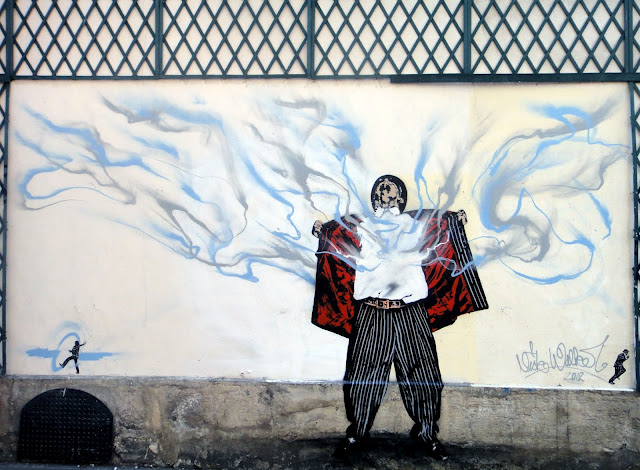 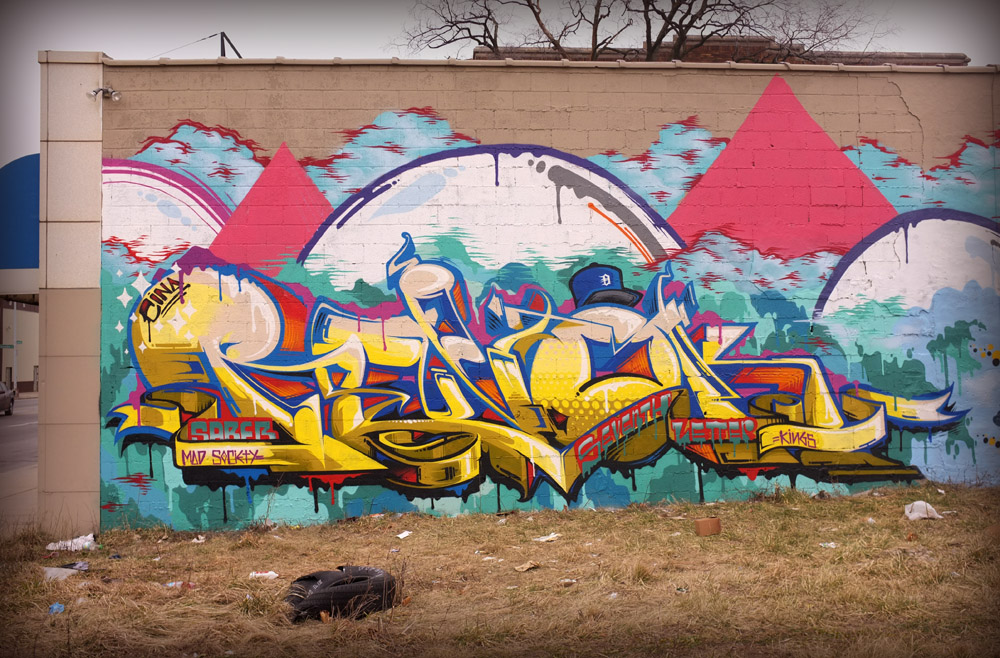 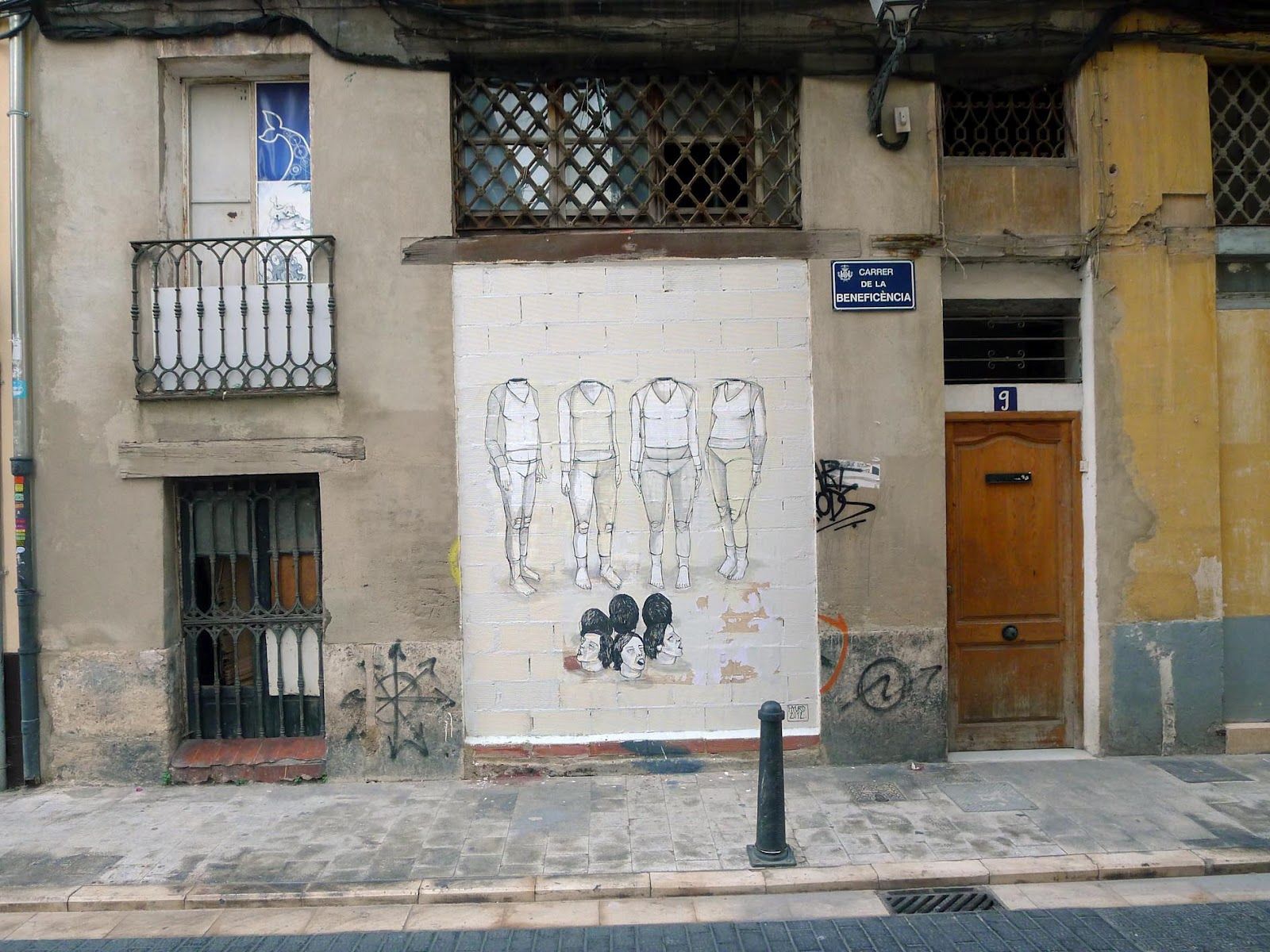 Hyuro in Valencia. Photo by Nuart. 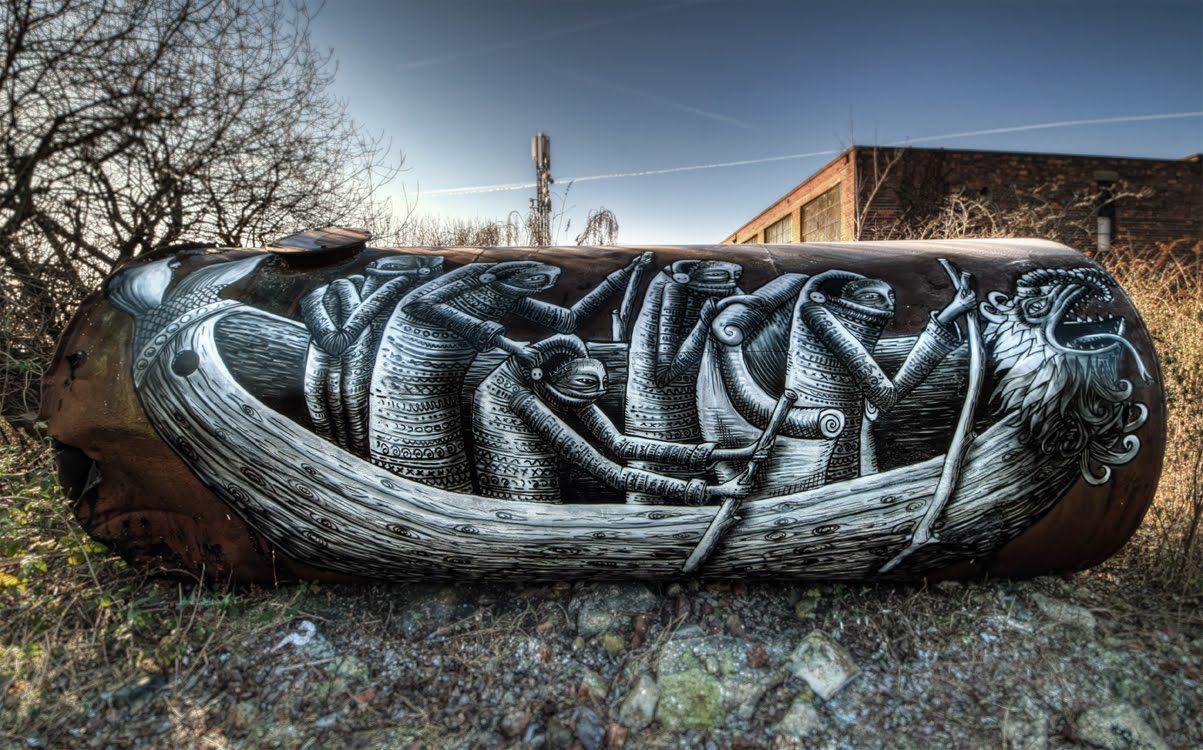 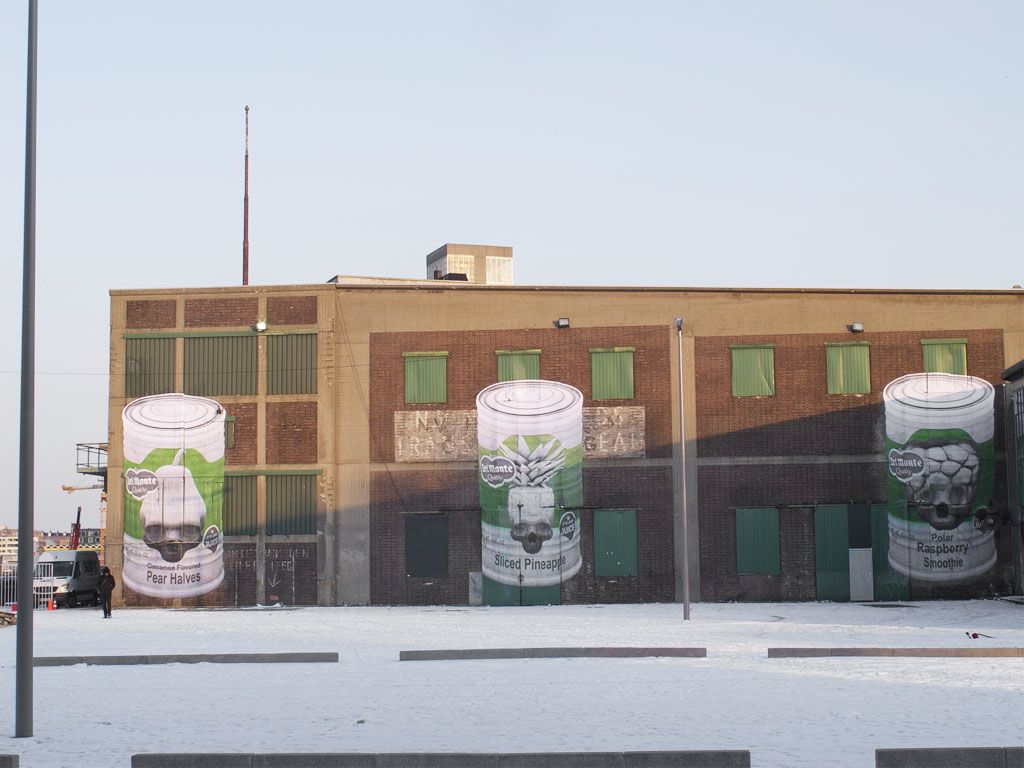 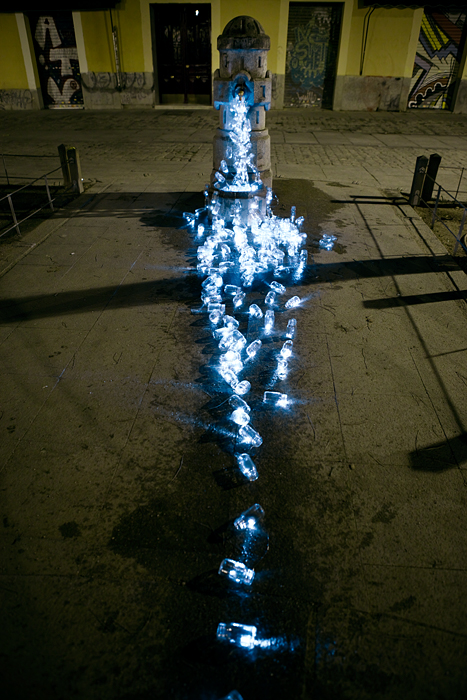 Lazinterruptus in Madrid - intervention to protest the indifference of the government to the fact that 50% of public drinking fountains now defunct. 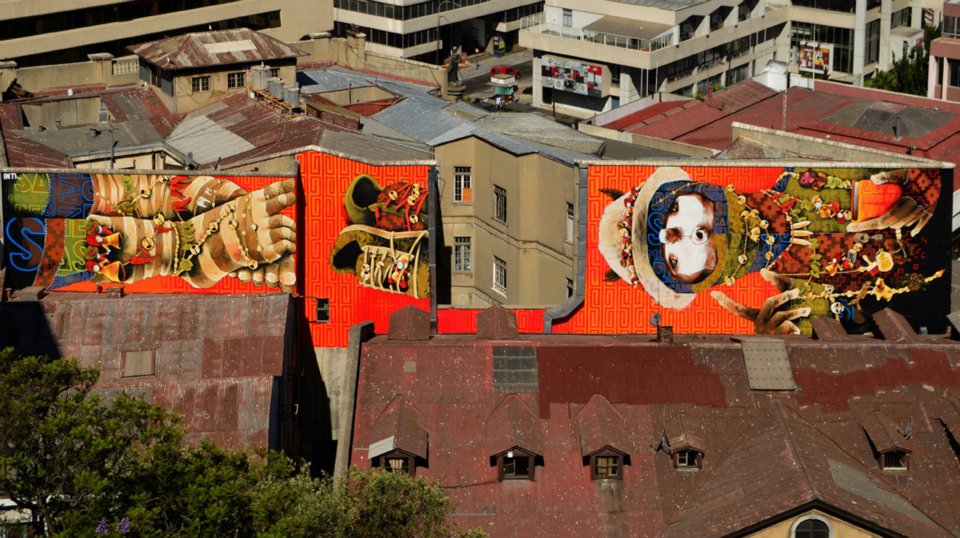 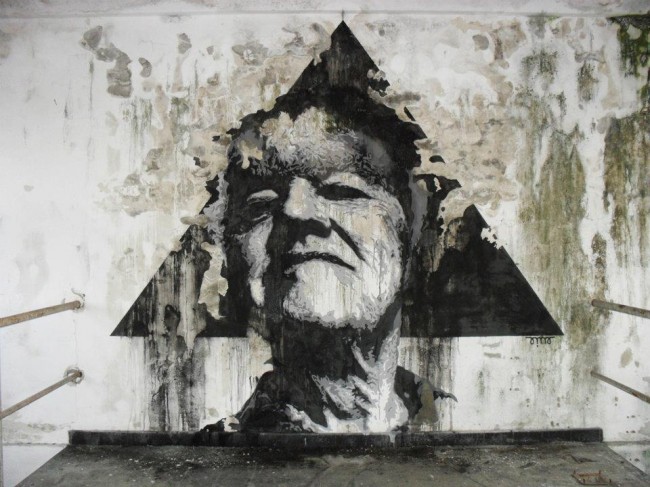 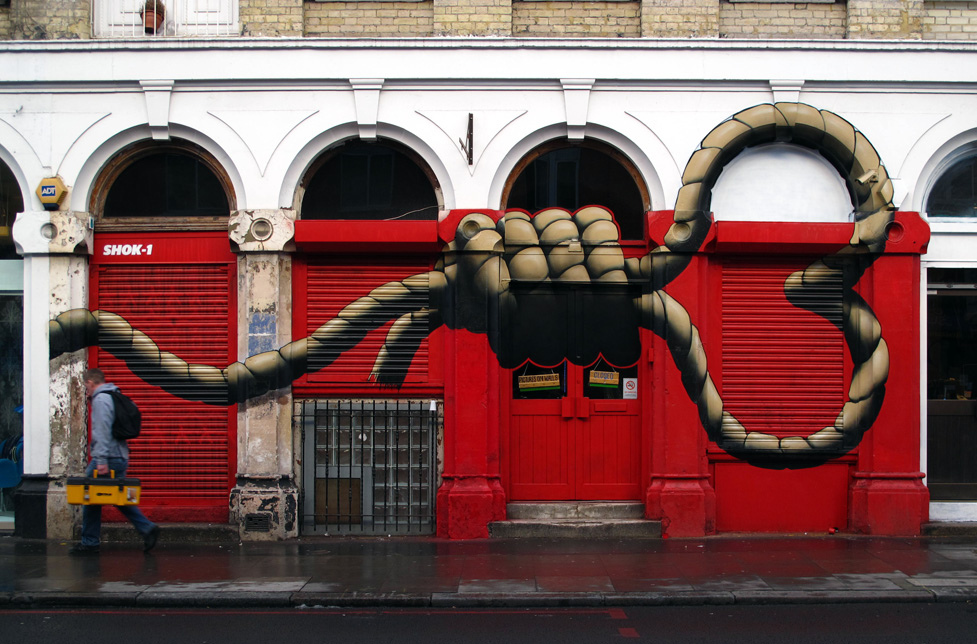 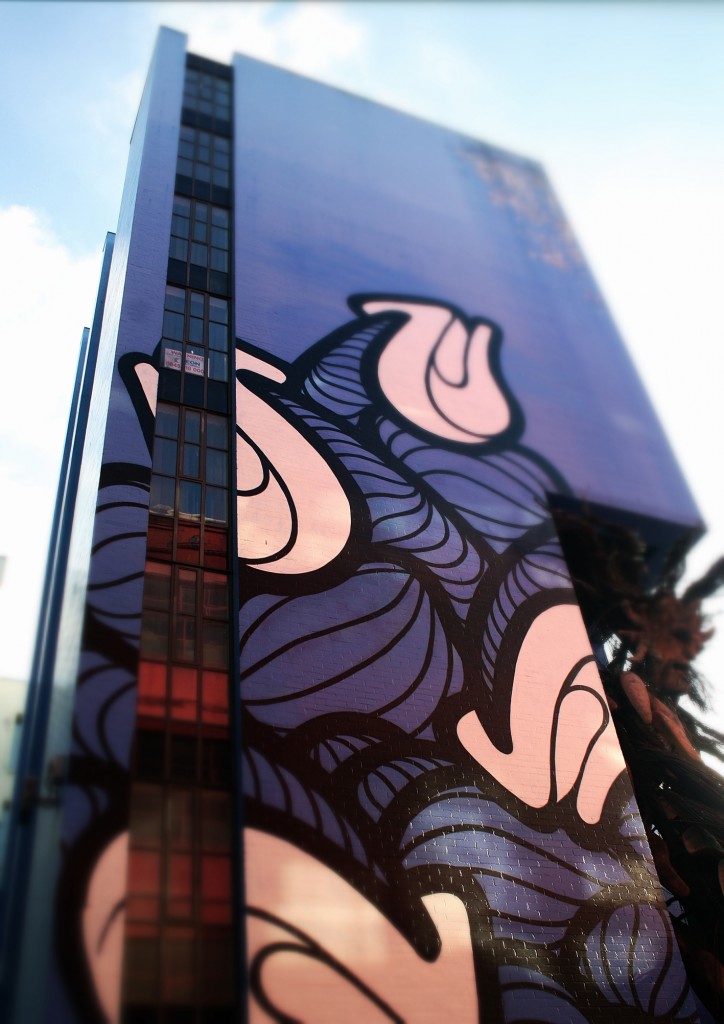 INSA in Birmingham. Photo via VNA.