The Art Jam is the centerpiece of Baby Tattooville (see 2011, 2010, 2009, 2008). As in the previous five years, artists in attendance collaborate on the large piece from the start of the BT weekend on Friday until the Saturday night deadline. Prints are then made of this completed painting and distributed to attendees after the weekend. As you can tell from the photo of the finished Art Jam piece, this year’s painting was a more conservatively sized piece compared to last year’s 5th anniversary giant. What you can’t see from the pictures though is how smoothly this year’s collaboration came together. Surprisingly, there did not appear to be any clashes along the way and the absence of conflict appears to have contributed to the well balanced product. 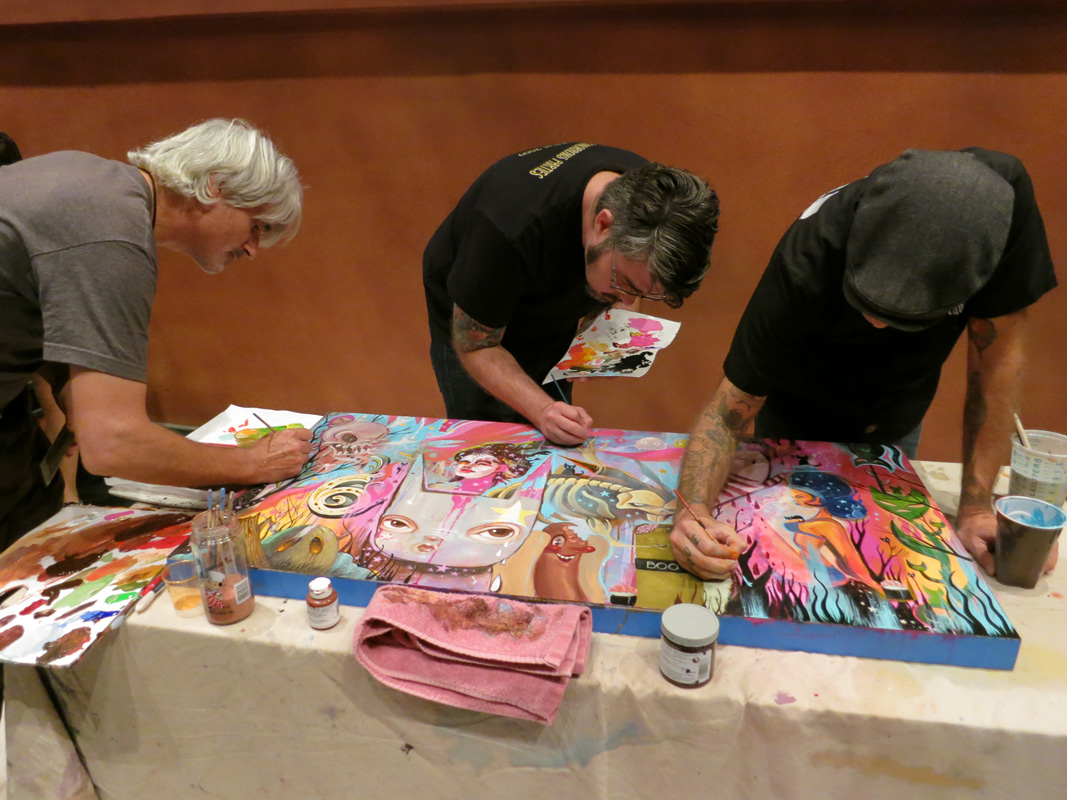 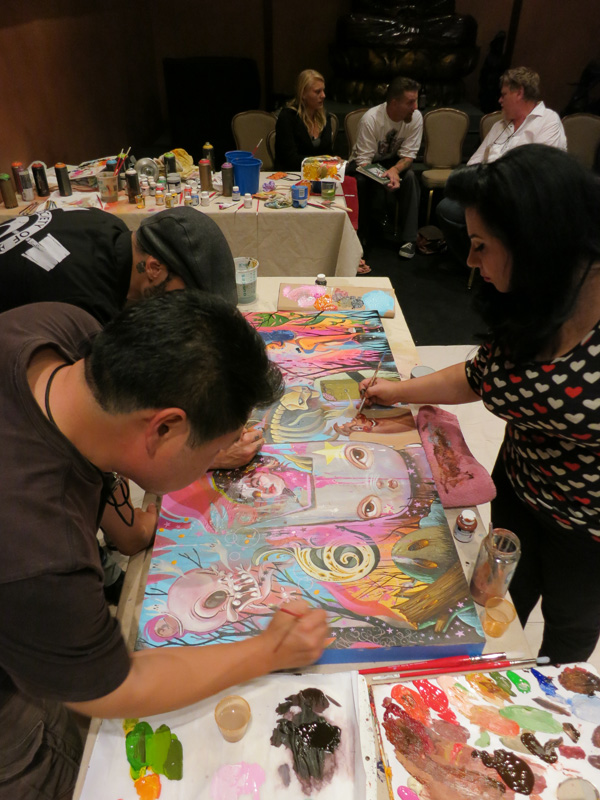 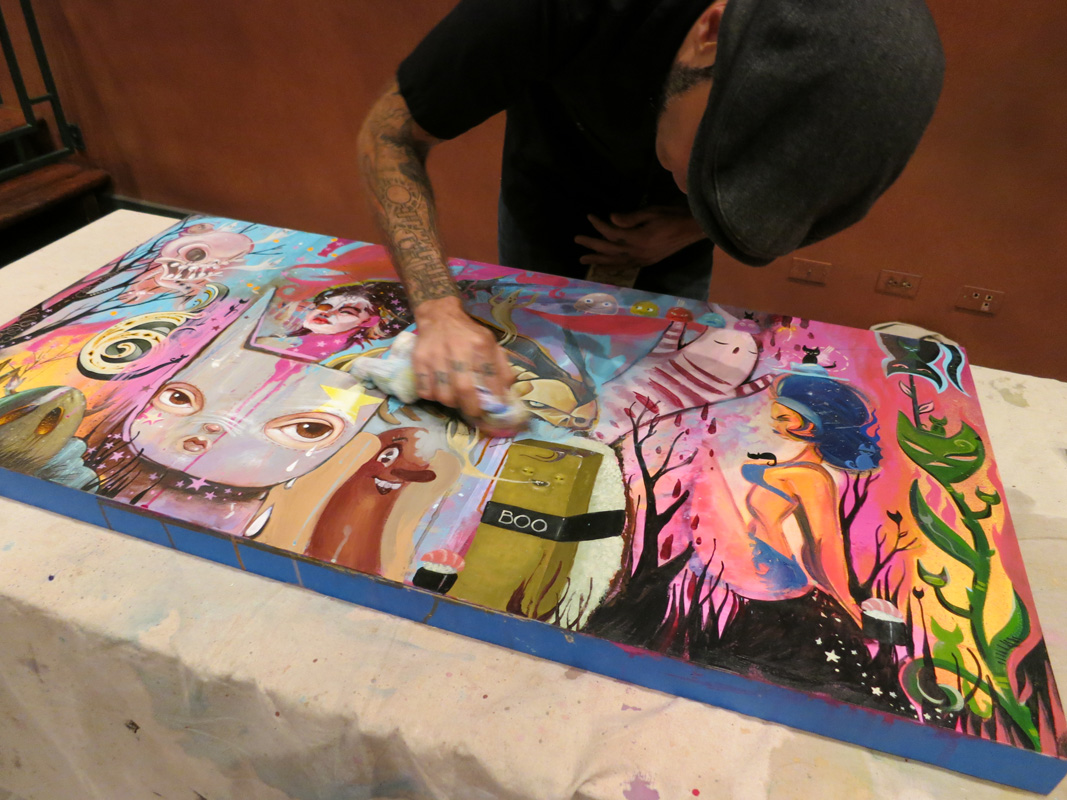 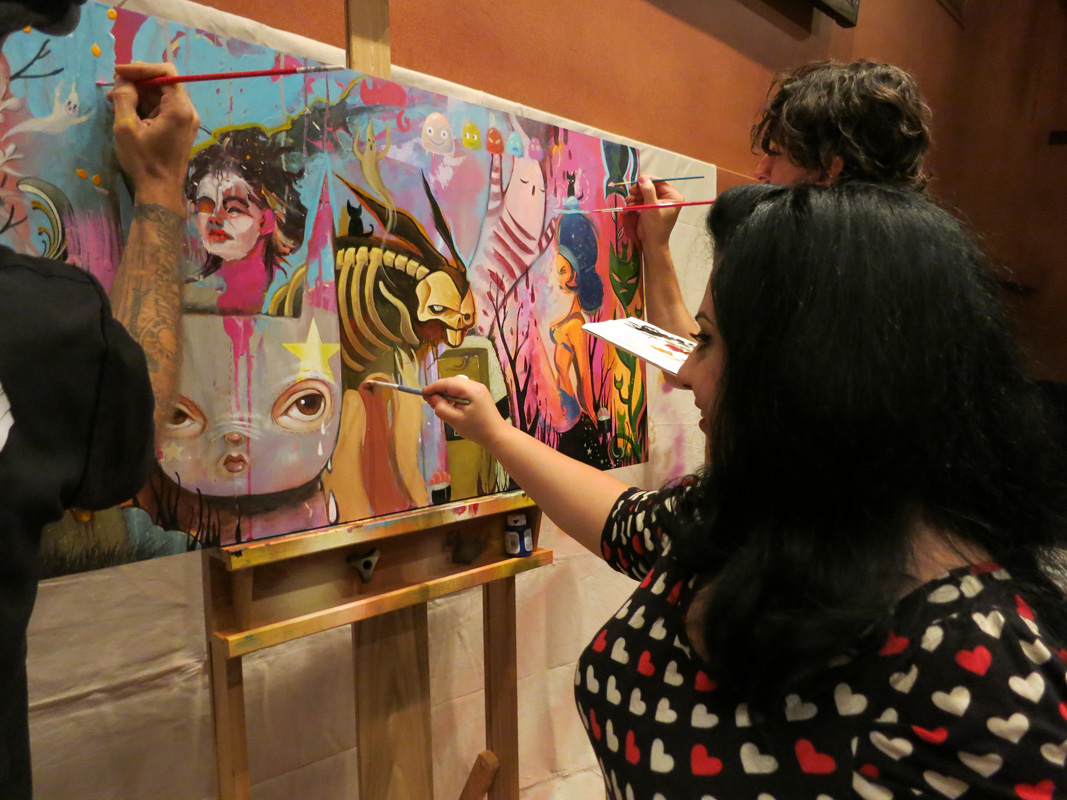 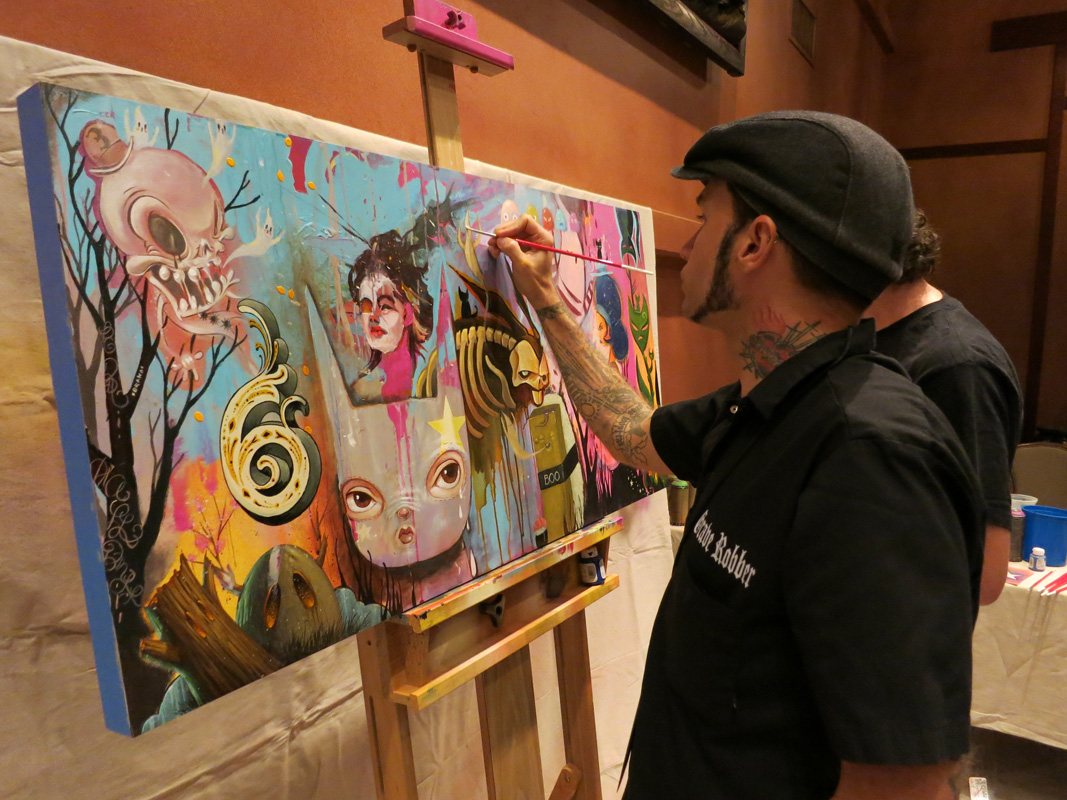 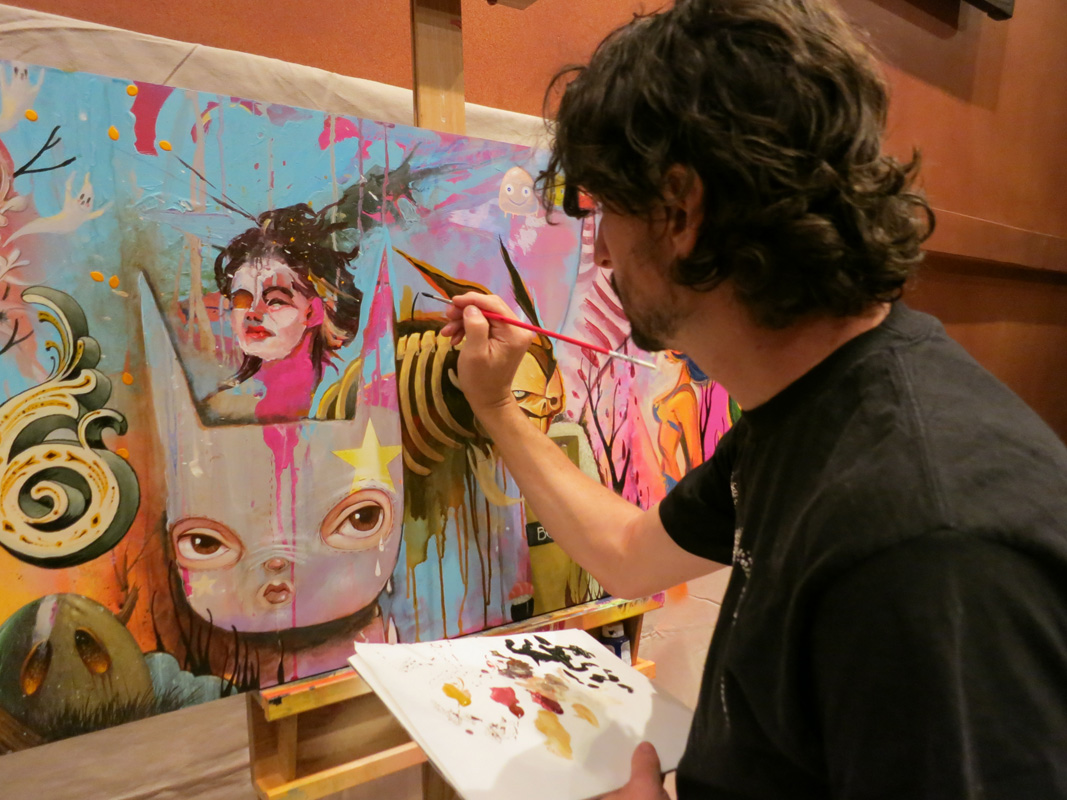 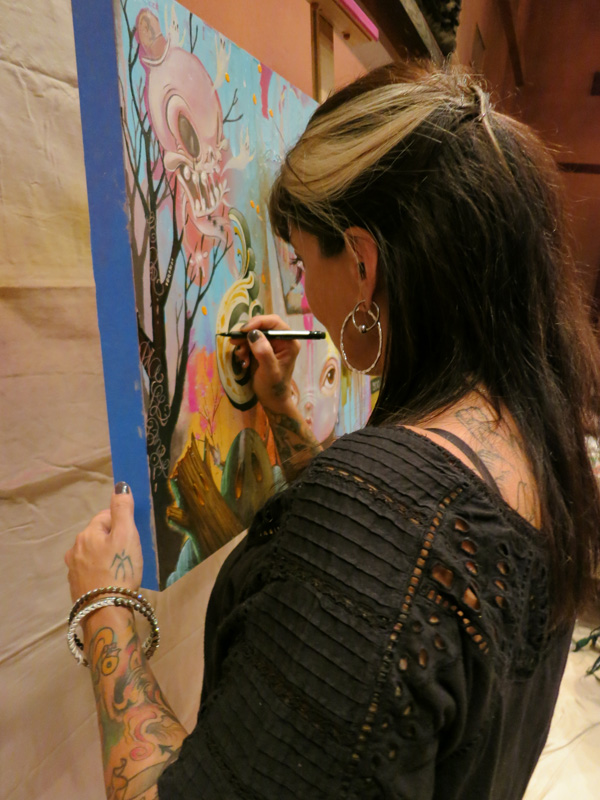 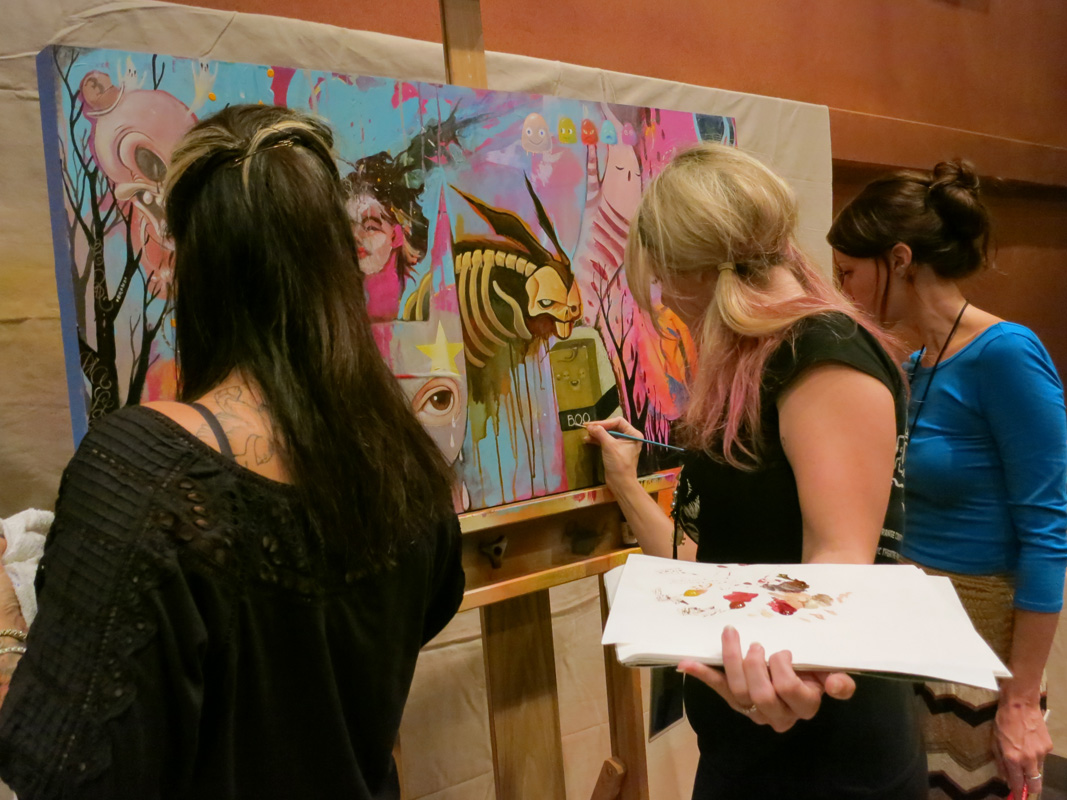