AJ Fosik’s sculptural artworks almost need no introduction. In a world where it is increasingly difficult to have a true individual voice as an artist, Fosik’s work has an original aesthetic honed over the years from his roots in graffiti, street art and two-dimensional drawing. AJ decided that his imagery would be better represented in three dimensions around seven years ago, and has continued to immerse himself in the medium of handcrafted woodwork for his iconography inspired art ever since. Using modern woodworking techniques (he doesn’t consider himself to be a traditional woodworker or joiner), AJ assembles his creatures from plywood, coloured with spray paint with to enhance the 3D aesthetic even further.

As AM was in Portland for the Space//Form exhibition back in September, we jumped at the chance to call on AJ for a look at his studio set up as work was in full swing in preparation for his upcoming solo exhibition Lamplighter to the Promised Land to be held at SF’s Guerrero Gallery. Studio visits give us the chance to see how the artist works and what sort of creative environment they surround themselves with. Visiting AJ’s studio was a much anticipated chance to see just how he puts those pieces together – a real behind the scenes opportunity to see inside the belly of the beast(s). AJ’s studio is a full on wood-shop, fitted out with a wondrous assortment of tools, machines, countless buckets of screws, a dedicated CNC room and bins full of the individually cut wooden strips of fur and feather that cloak his creations.

Just before we visited the studio, all round good guy Mike Maxwell interviewed AJ for his Live Free pod cast. Check that out for an entertaining way to find out a little more about the artist’s background and where he is shooting from now.

Each showing of work Fosik makes seems to signal a further progression in his abilities, and as you can see from our pictures the forms of the faces used are enjoying a further level of refinement – the curvature of the heads presenting a south seas aesthetic alongside his more familiar angular forms in this body of work. Lamplighter to the Promised Land opens on Saturday 10th November at Guerrero Gallery. Be sure to check it out in person if you can. 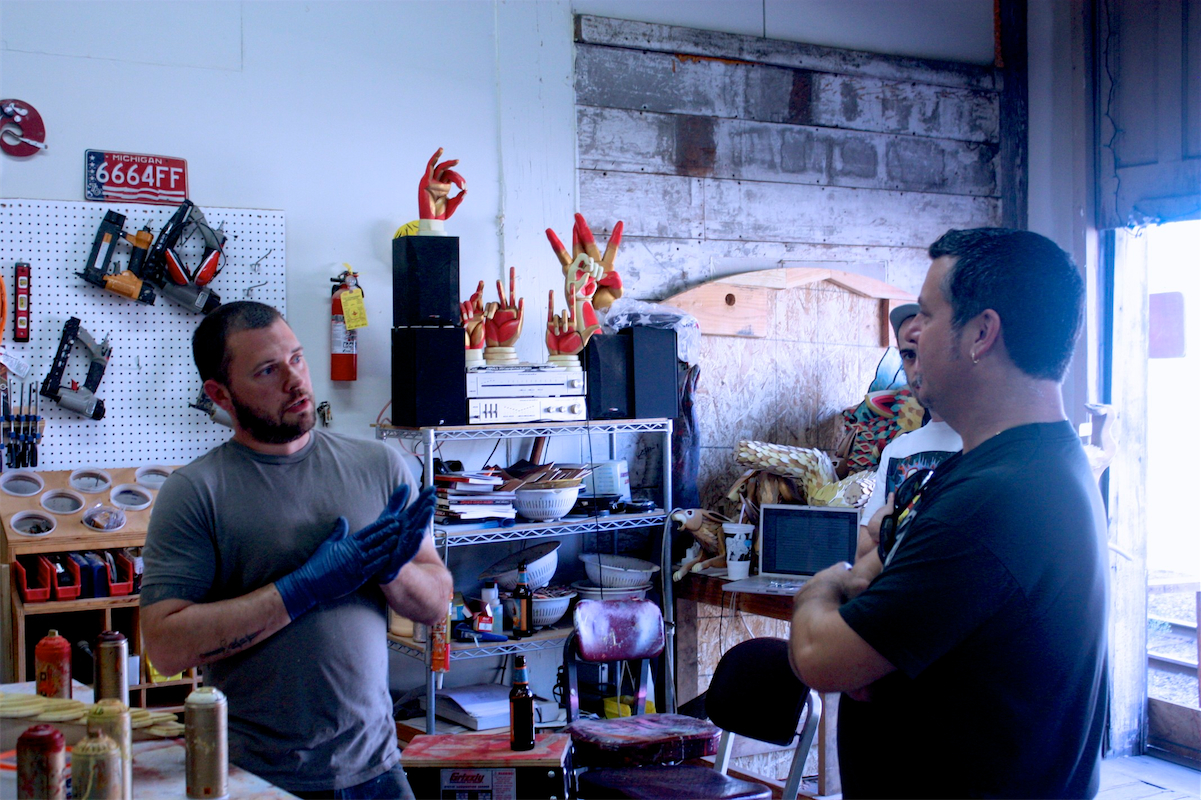 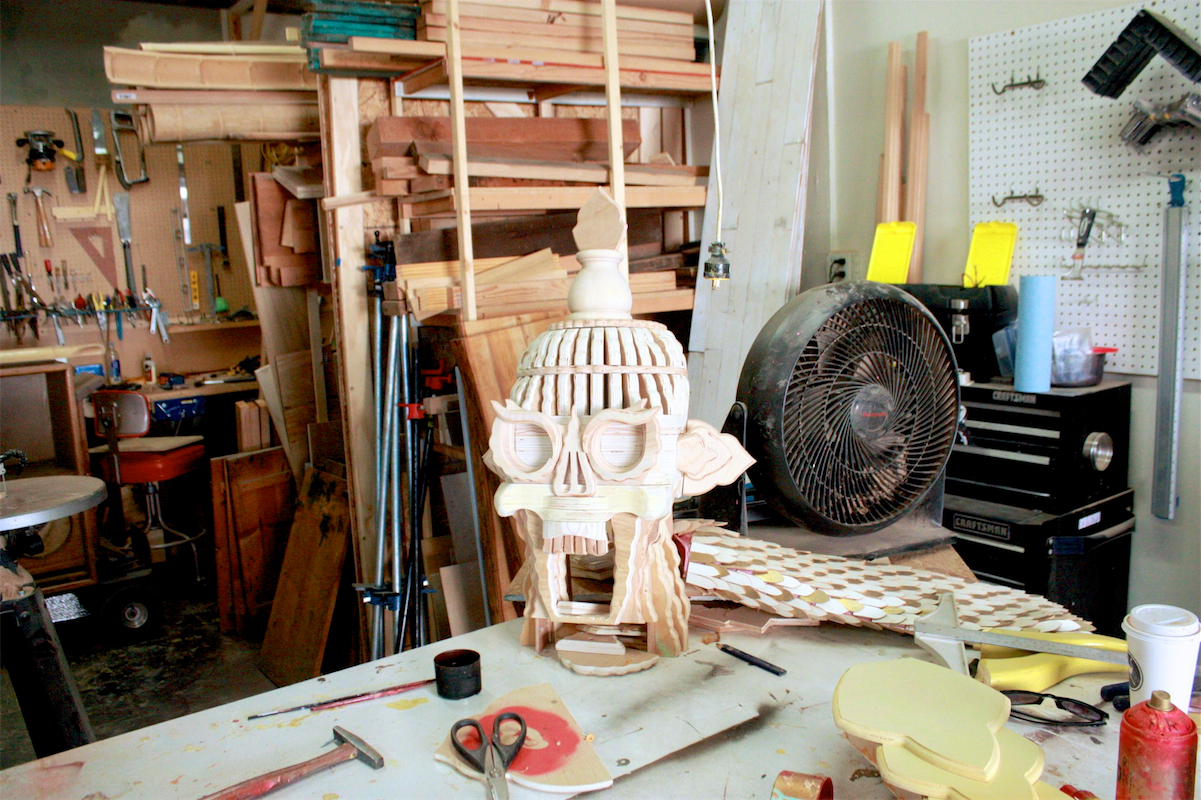 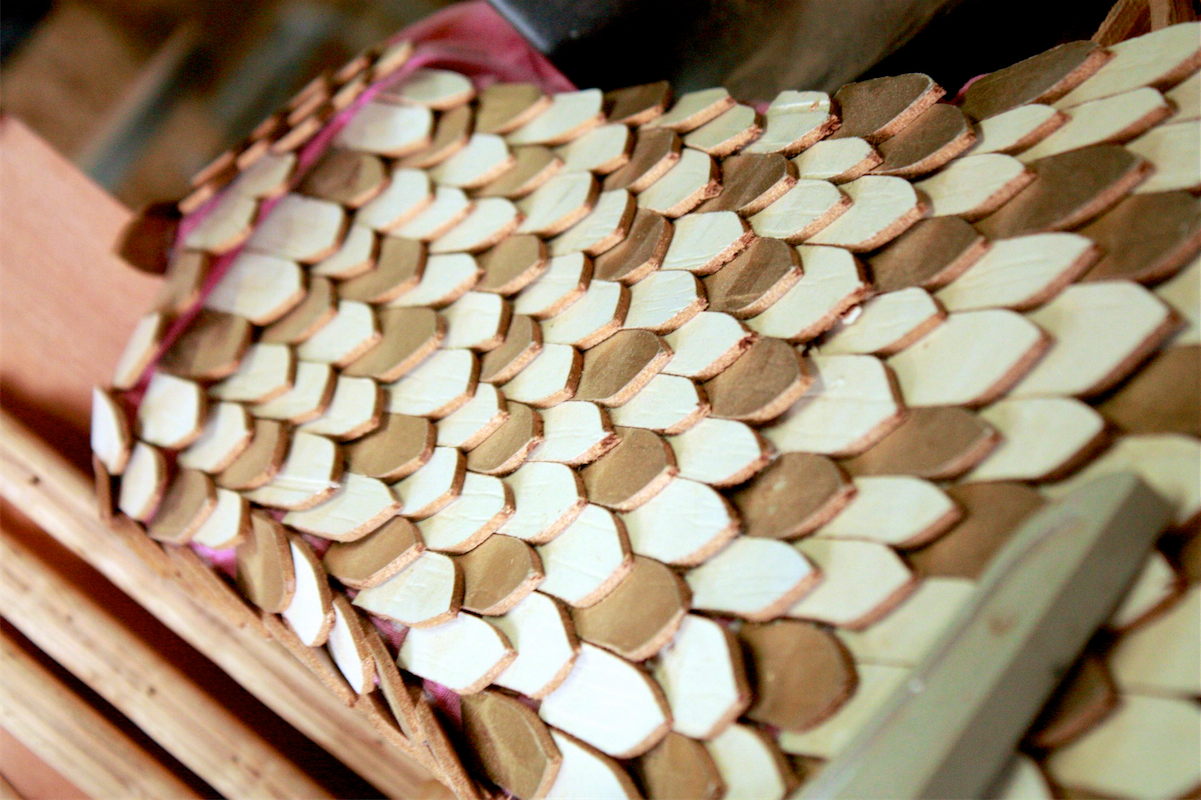 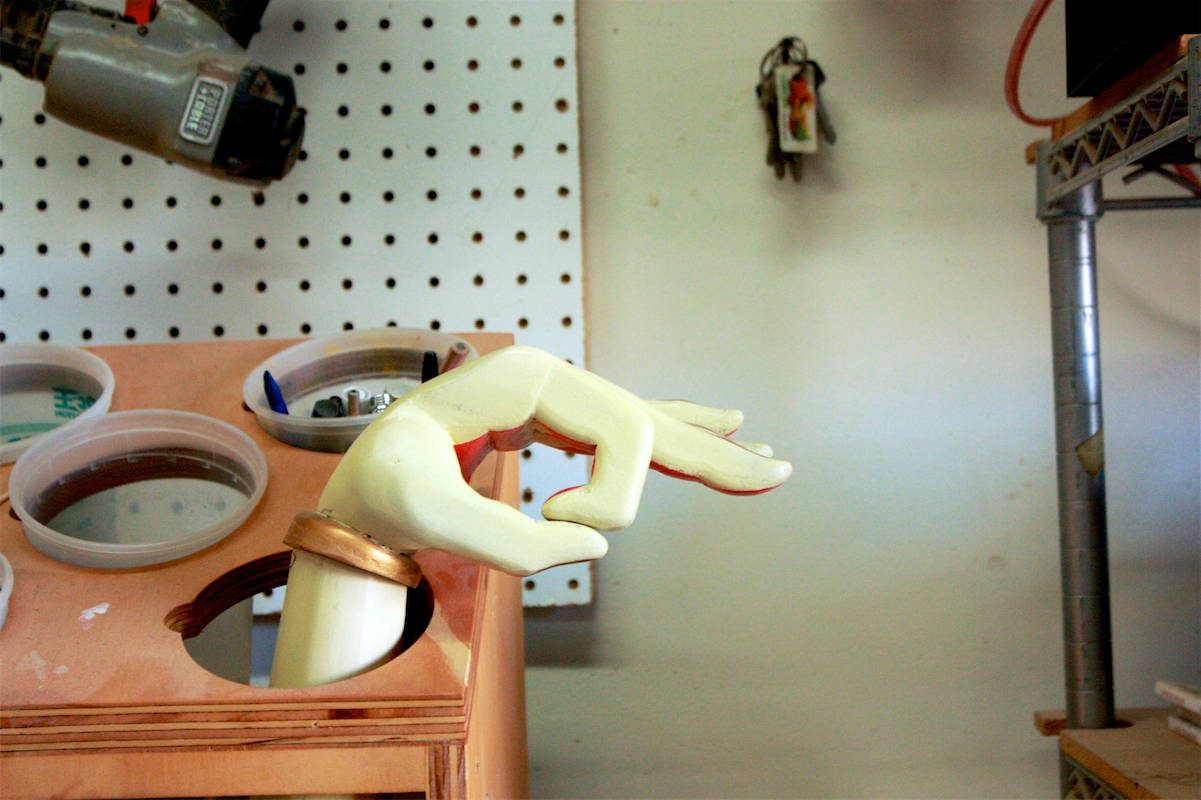 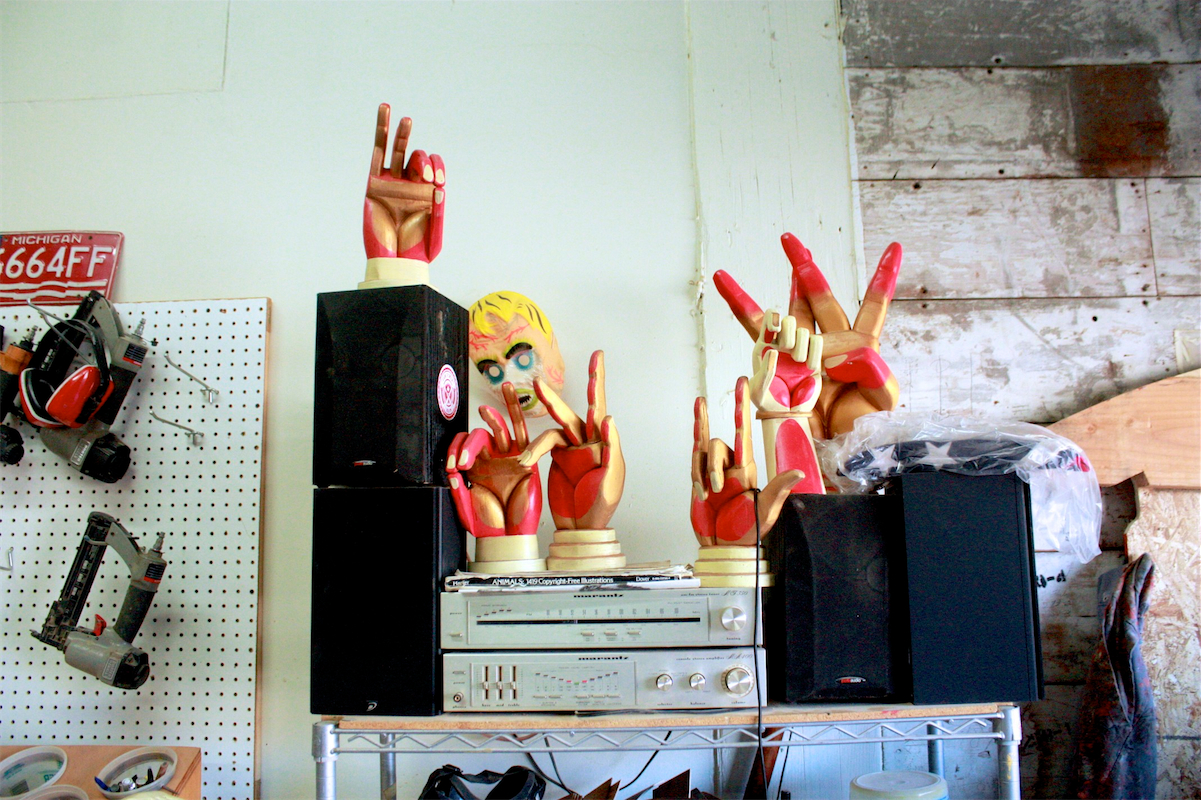 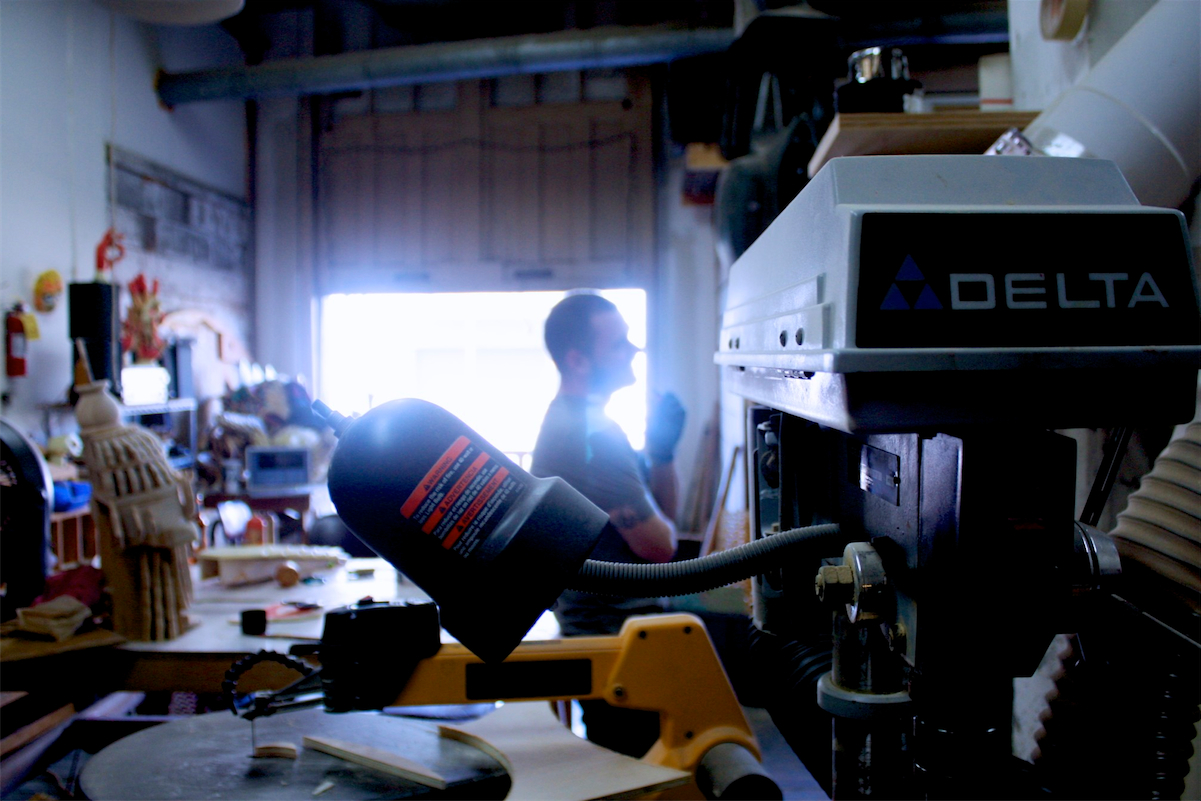 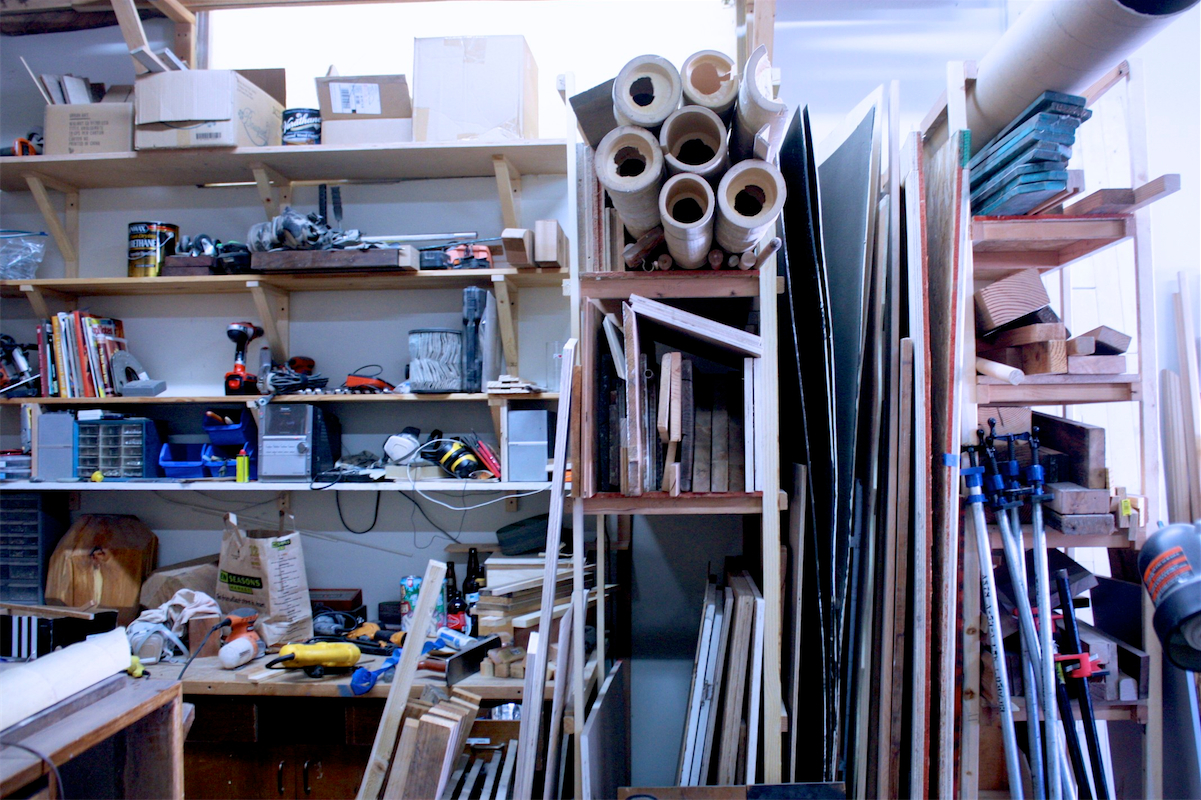 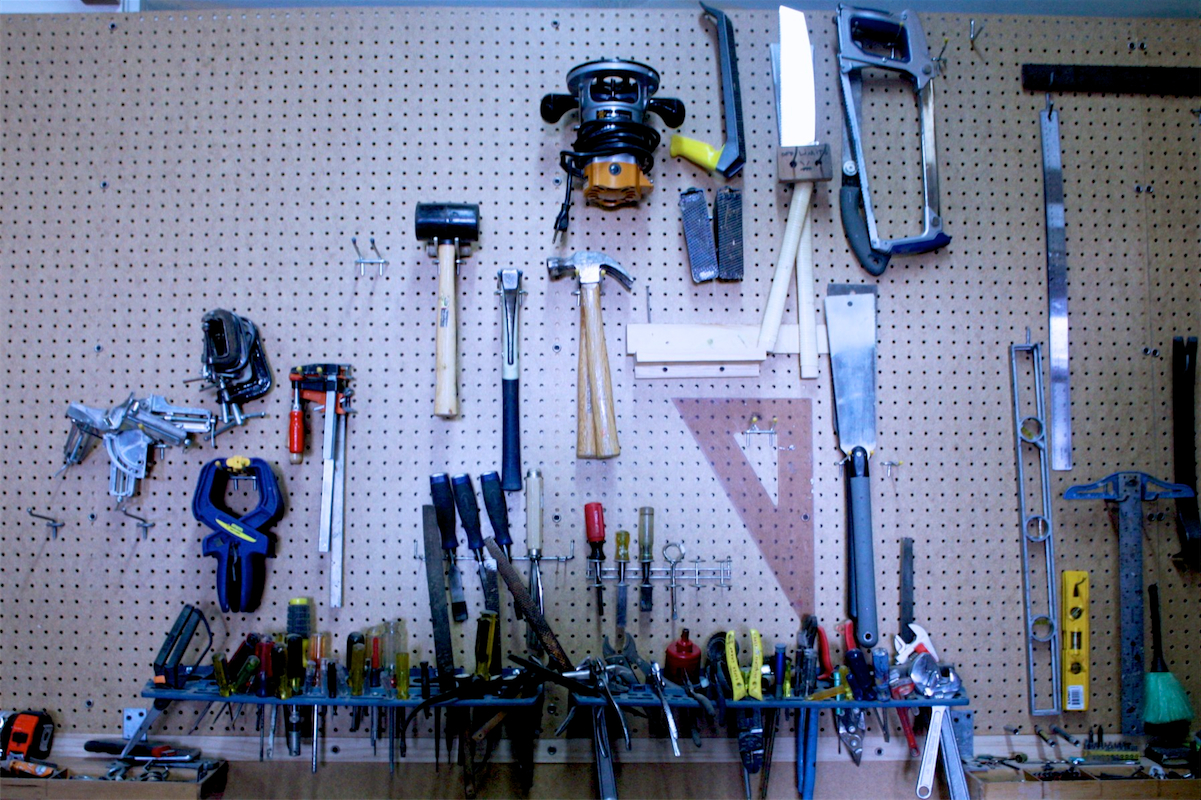