The other weekend, AM swung by Oakland-based painter/illustrator Mike Sutfin’s studio as he was putting the final touches to his Creeping Nomadic show at Grass Hut in Portland that runs til November 30th. The show features a series of small oil paintings on board (none of which are digitally colored!), ink illustrations, t-shirts, and hand-painted versions of his toy, Battle Man and Battle Rat (which were painted by him and other artists). The gallery already has already posted the artwork online, which you can check out here. You can also check out his recently completed album cover for the Bay Area punk band Kicker’s LP Not You here, which will also have a limited artist edition to be released in the near future. 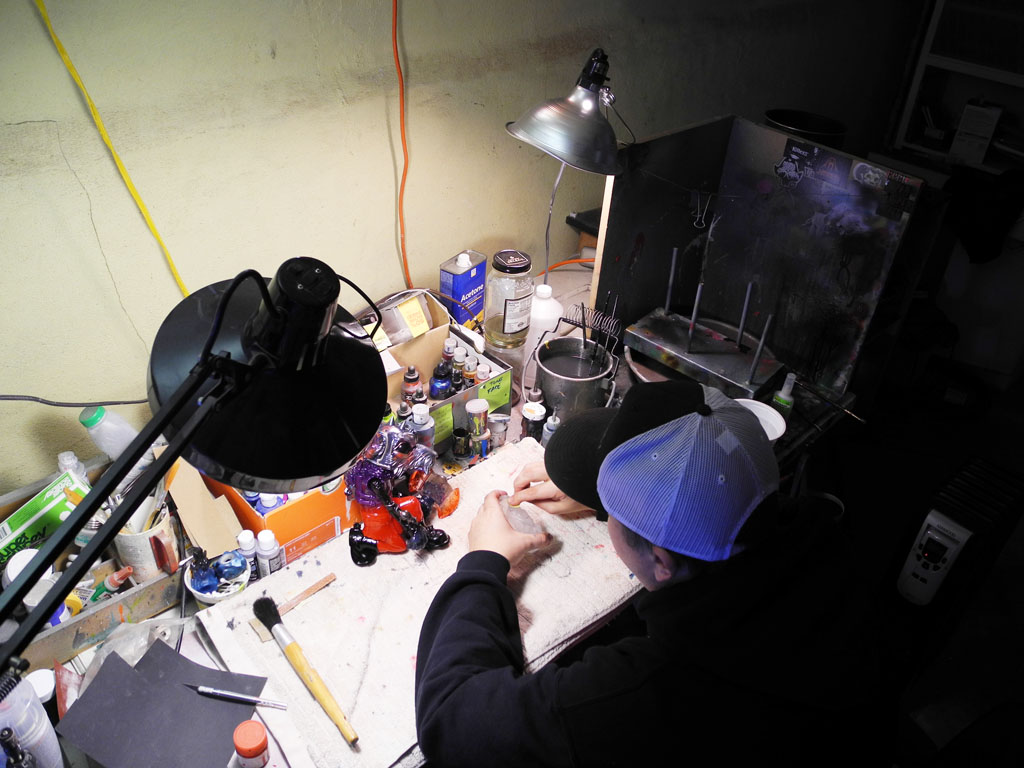 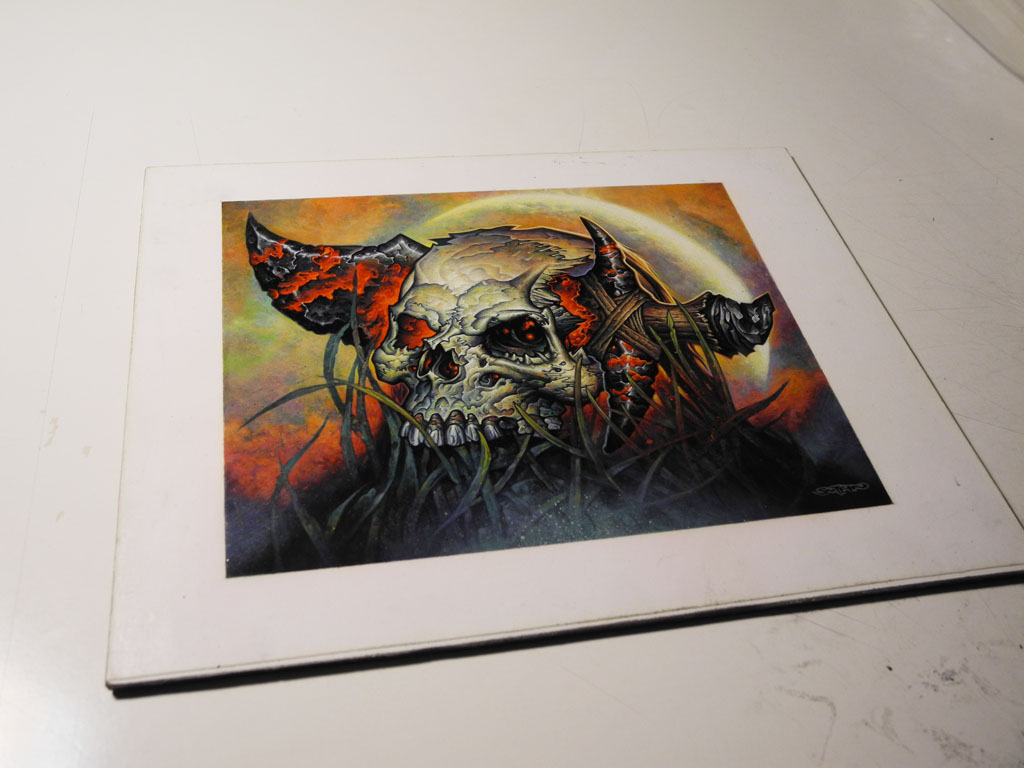 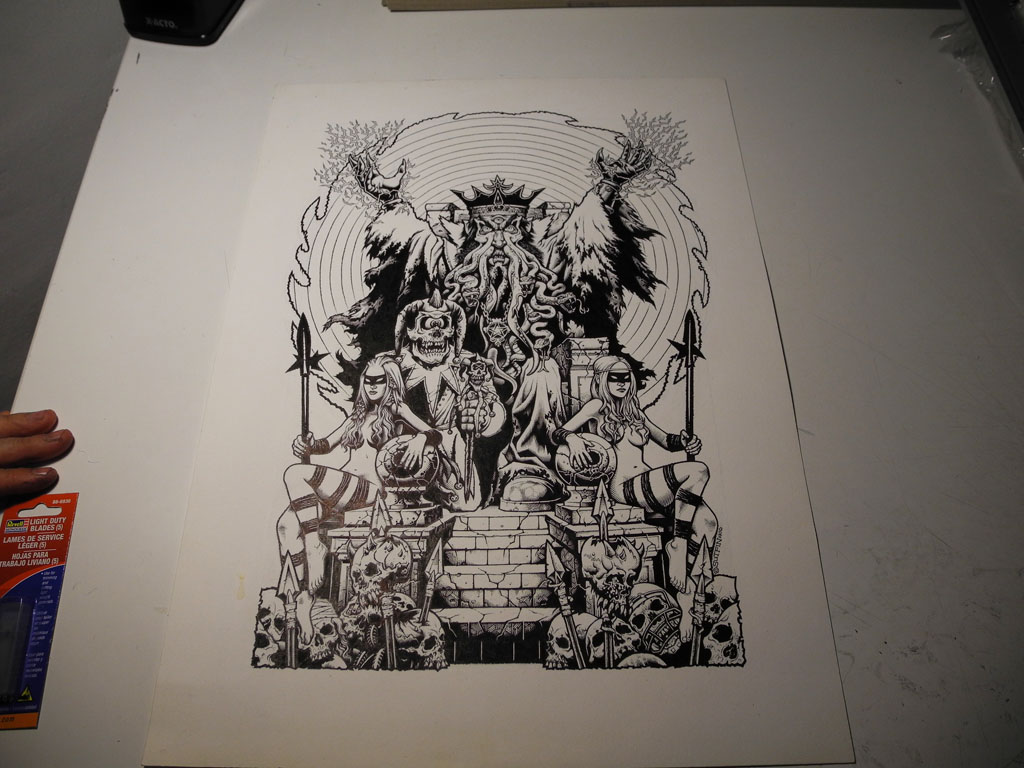 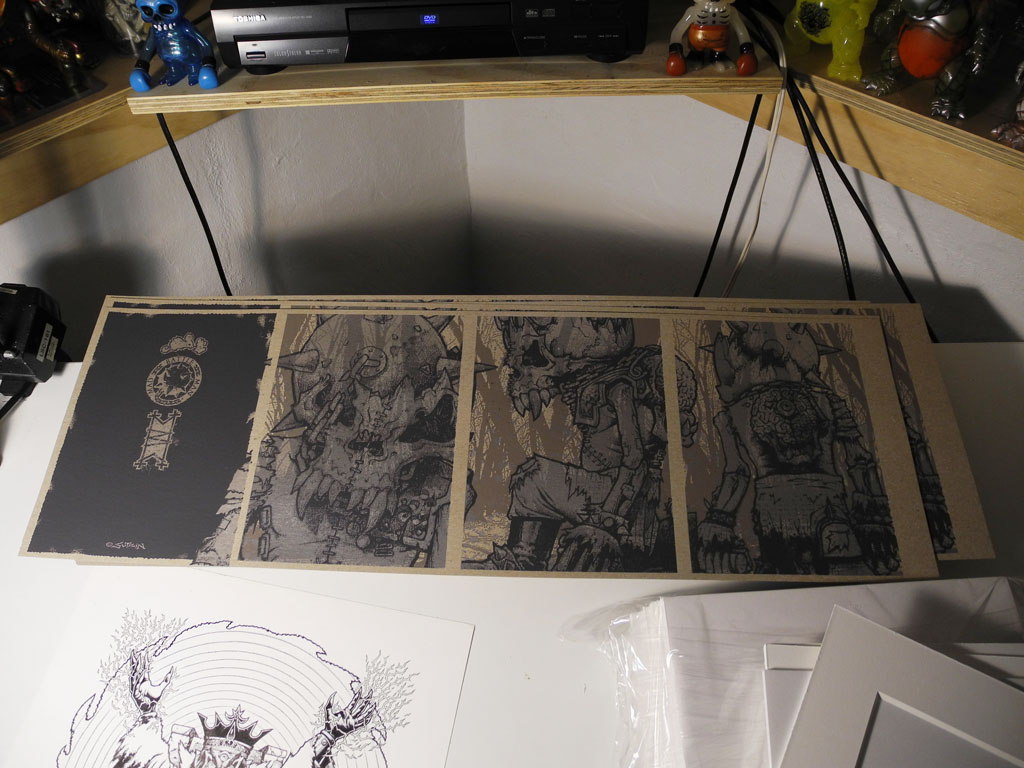 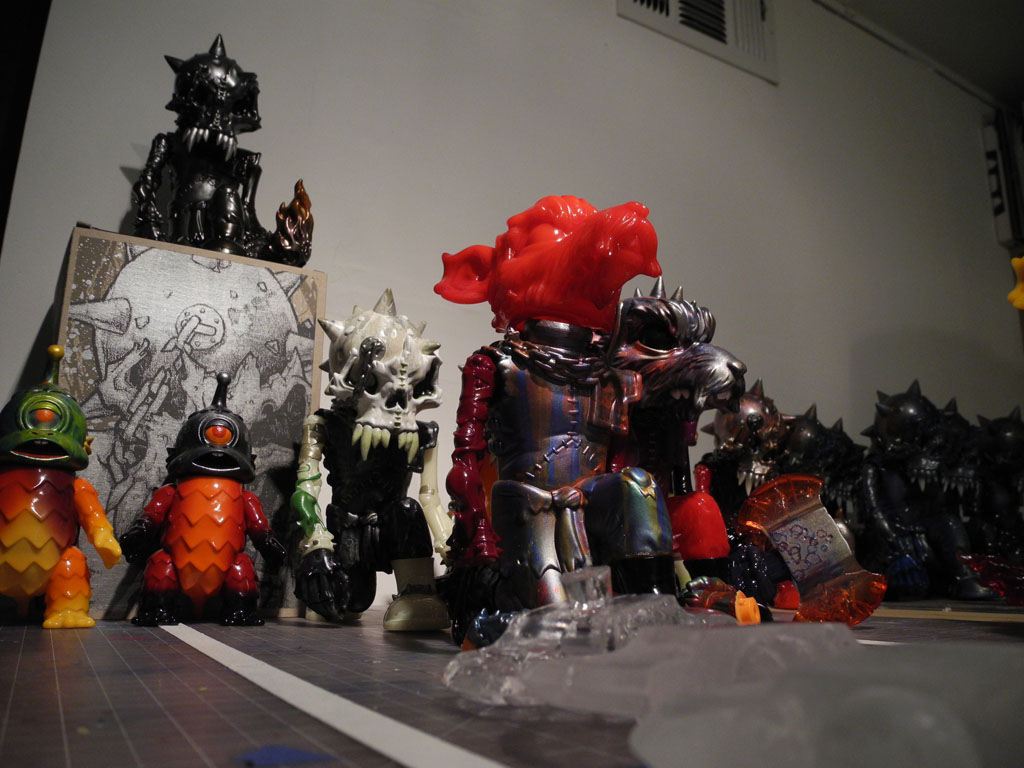 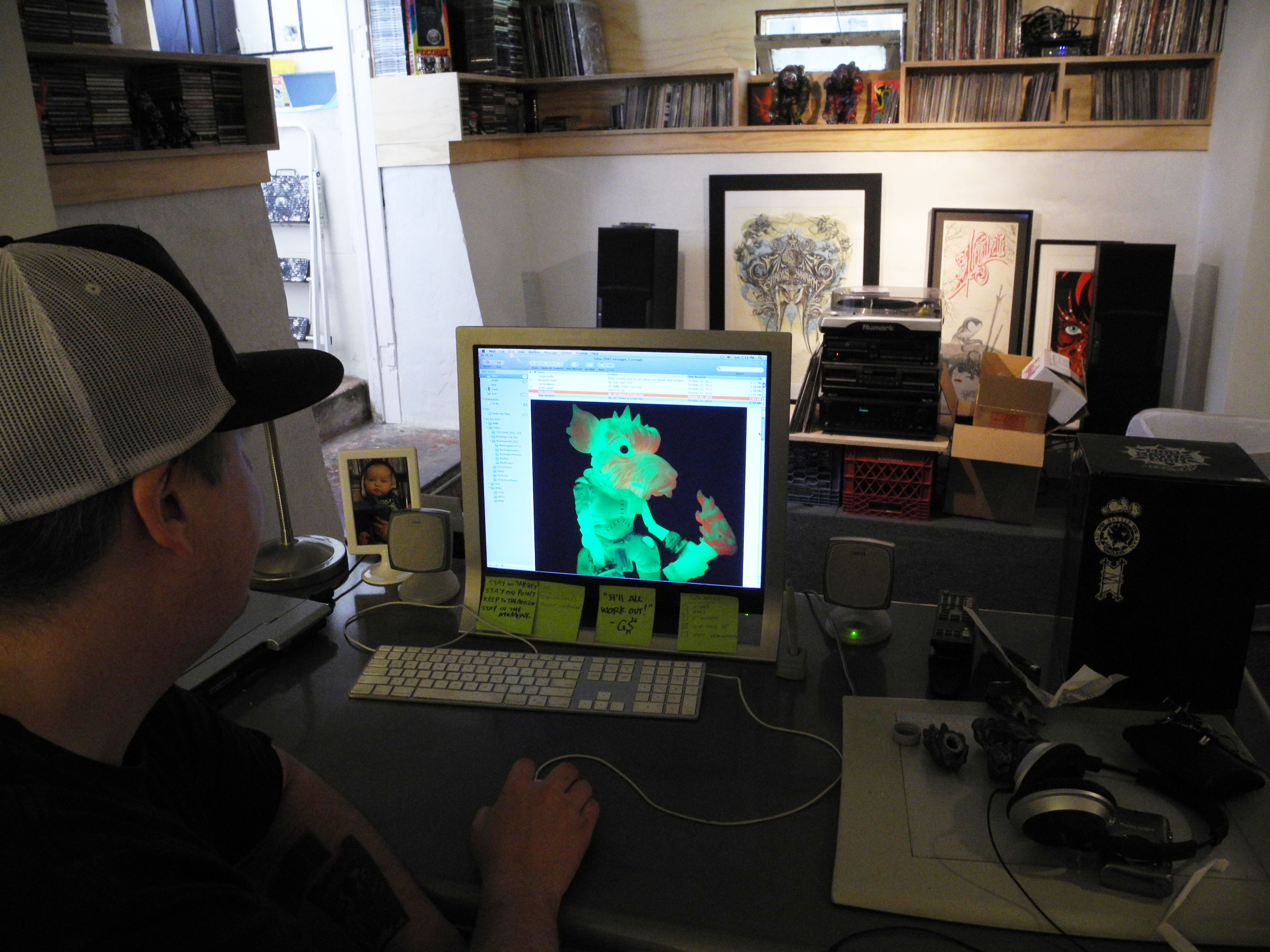 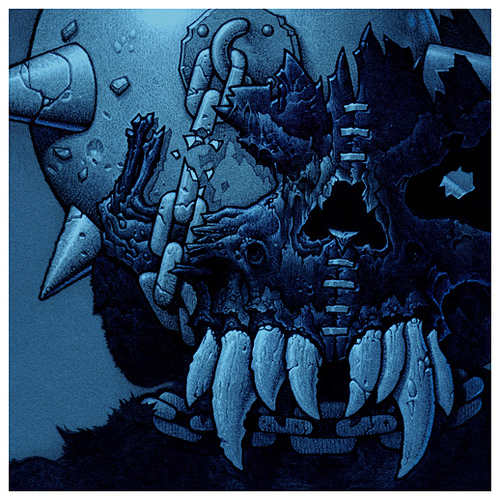 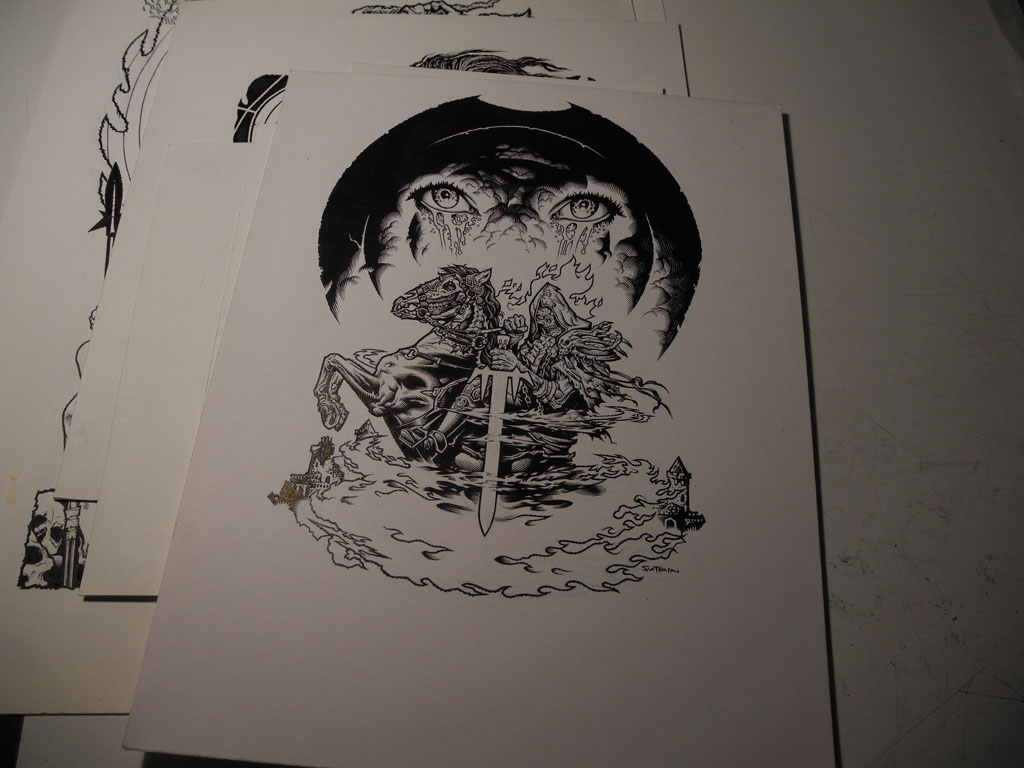