AM took some time to catch up with artists Revok and POSE (pictured above) as they were next to tackle that monster wall on the corner of Bowery & Houston. Following in the footsteps of many notable artists such as RETNA, Kenny Scharf, Barry McGee, Shepard Fairey, AIKO, Os Gemeos, JR, Keith Haring, CRASH and Faile, the two members of the MSK crew accepted this hefty project at the historic mural location, but took a little bit of a different approach. Over the course of six days, the two decided to do much of their work in the evening. In electing to push their creative process opposite the prime time hours of the average New Yorker, they were free to focus less hindered by passerbys and also allowing them to dodge the stifling heat and humidity that haunts the Big Apple this time of year. However, mother nature didn’t quite cooperate as the heat brought on intense rainstorms, but the duo braved the severe downpours and somehow managed to press on to create one of the most interesting murals we’ve seen in a while. Check out the creative action below. 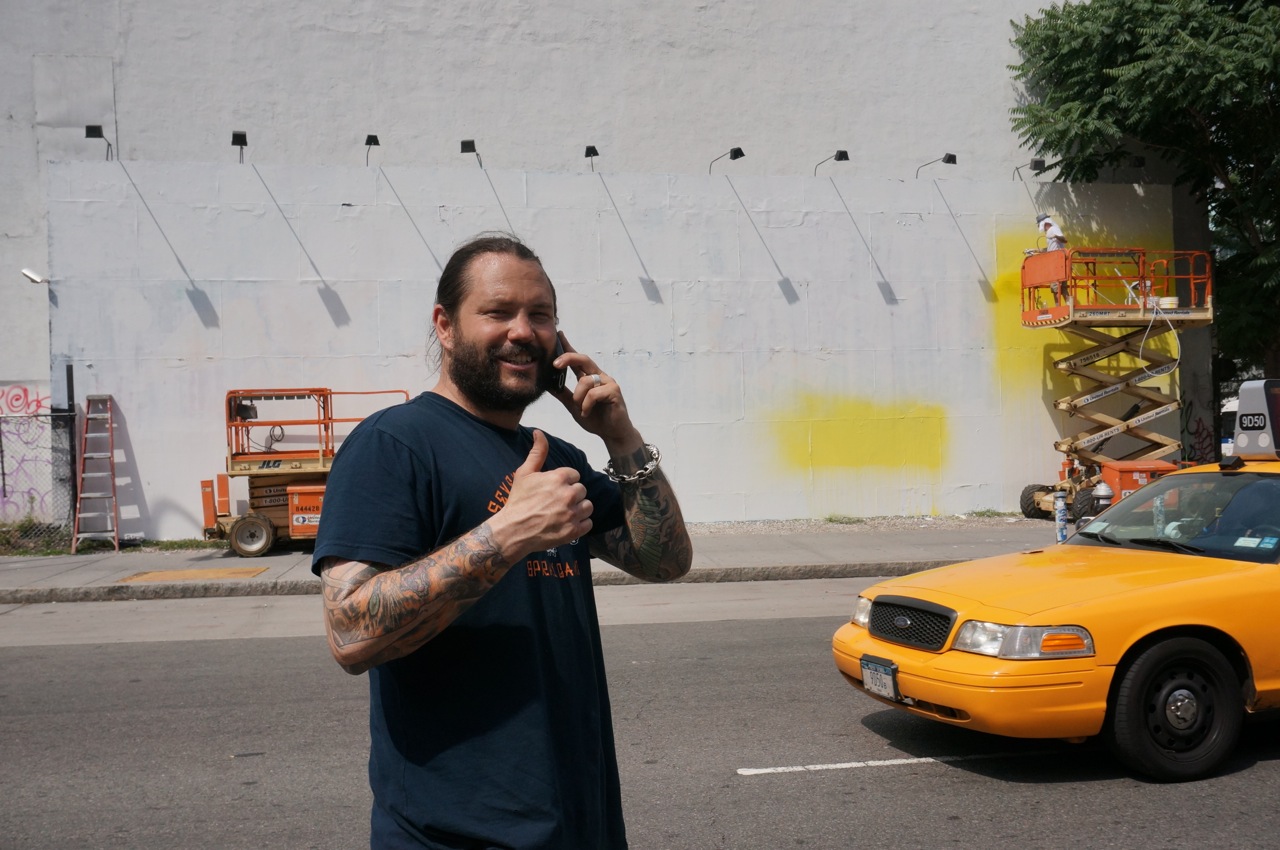 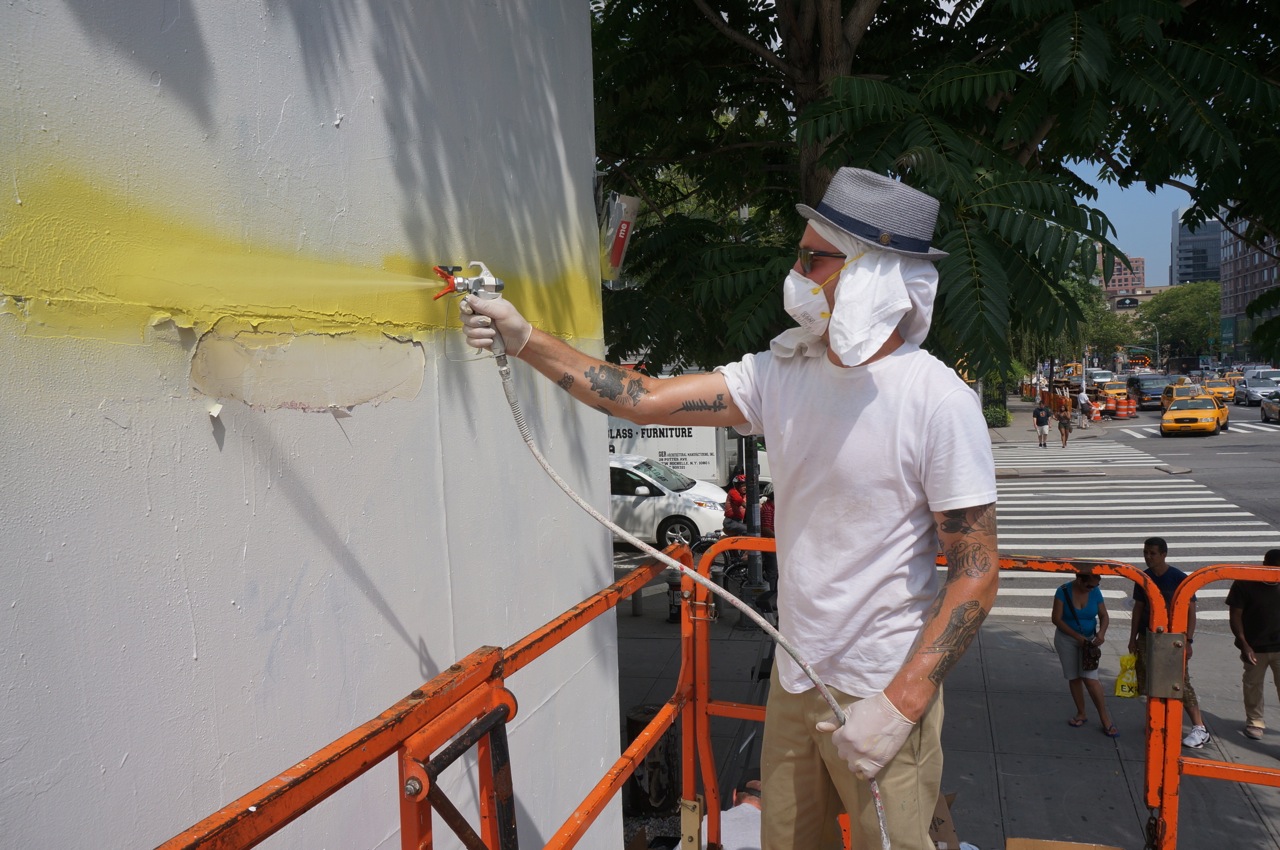 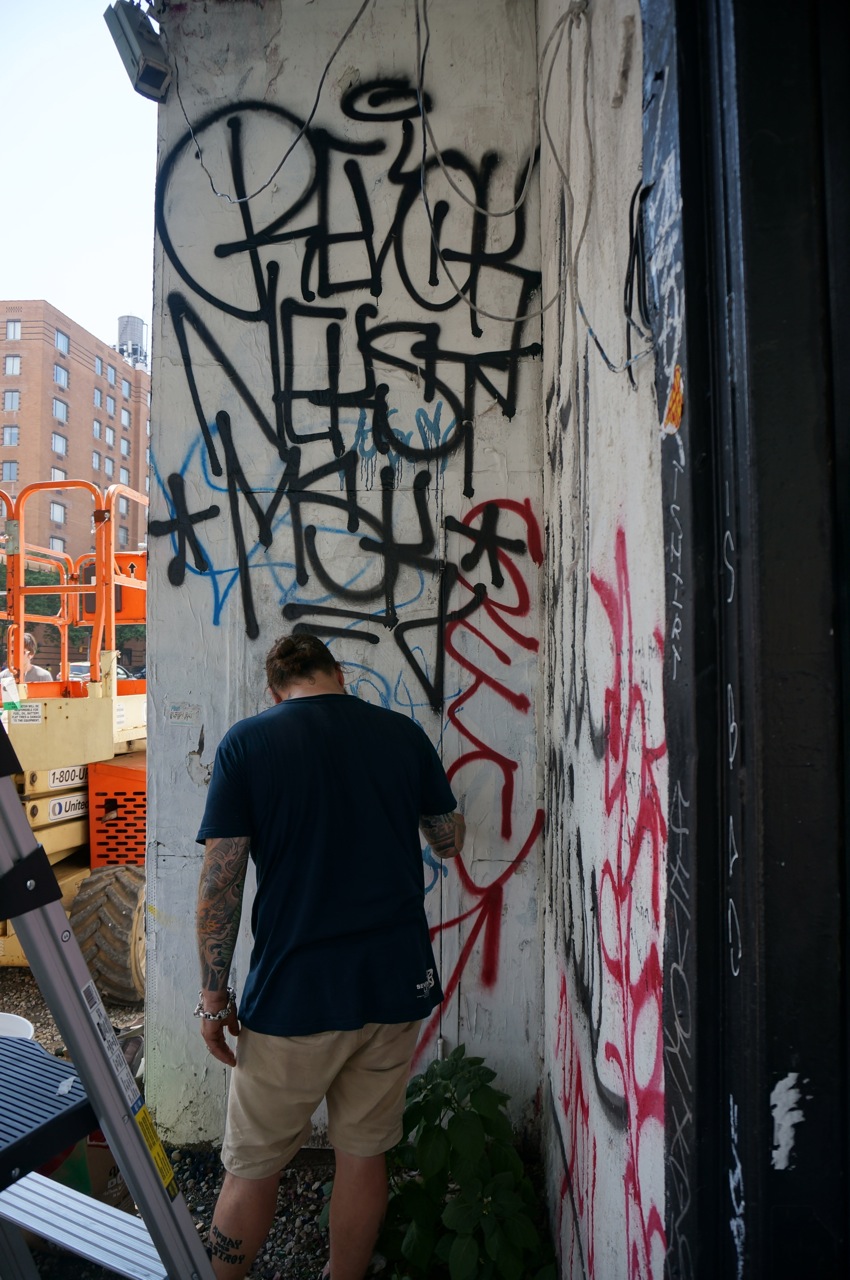 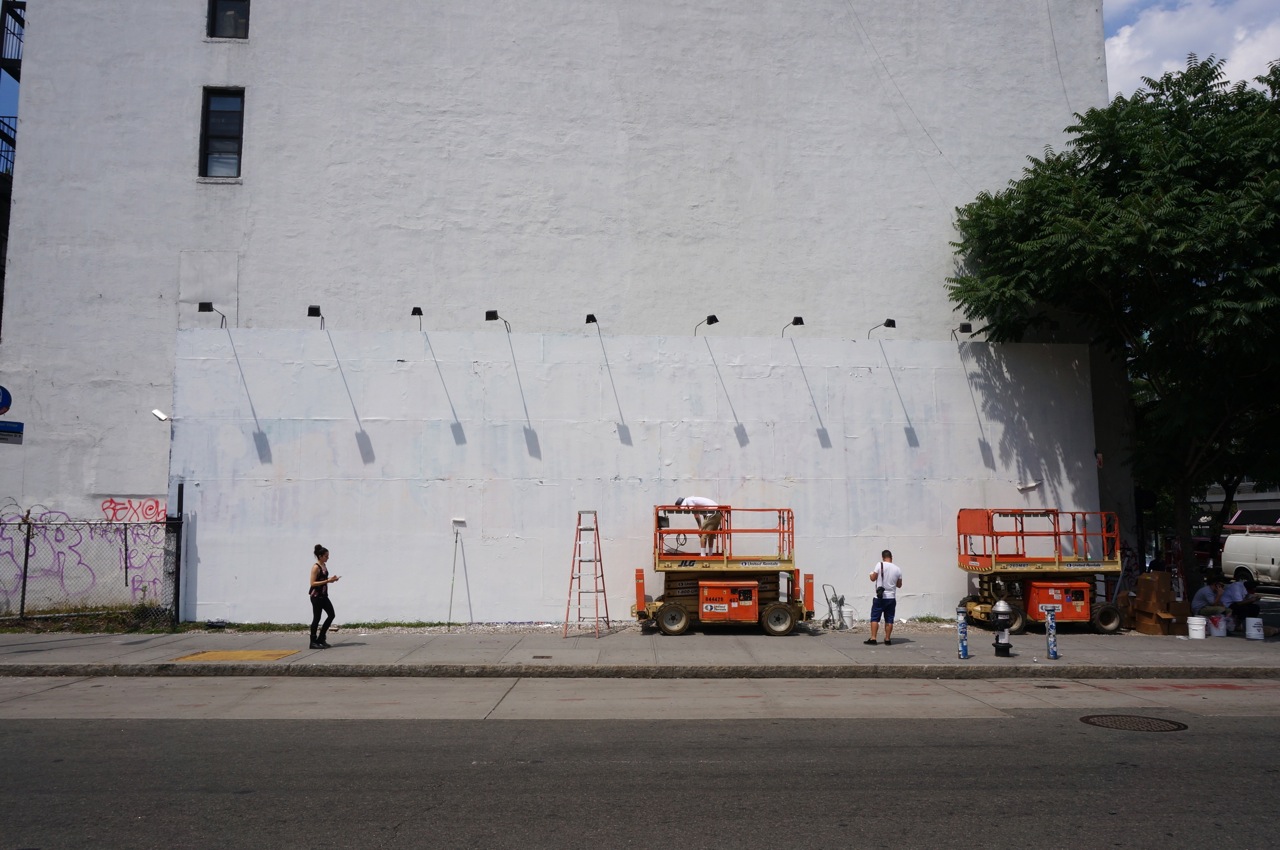 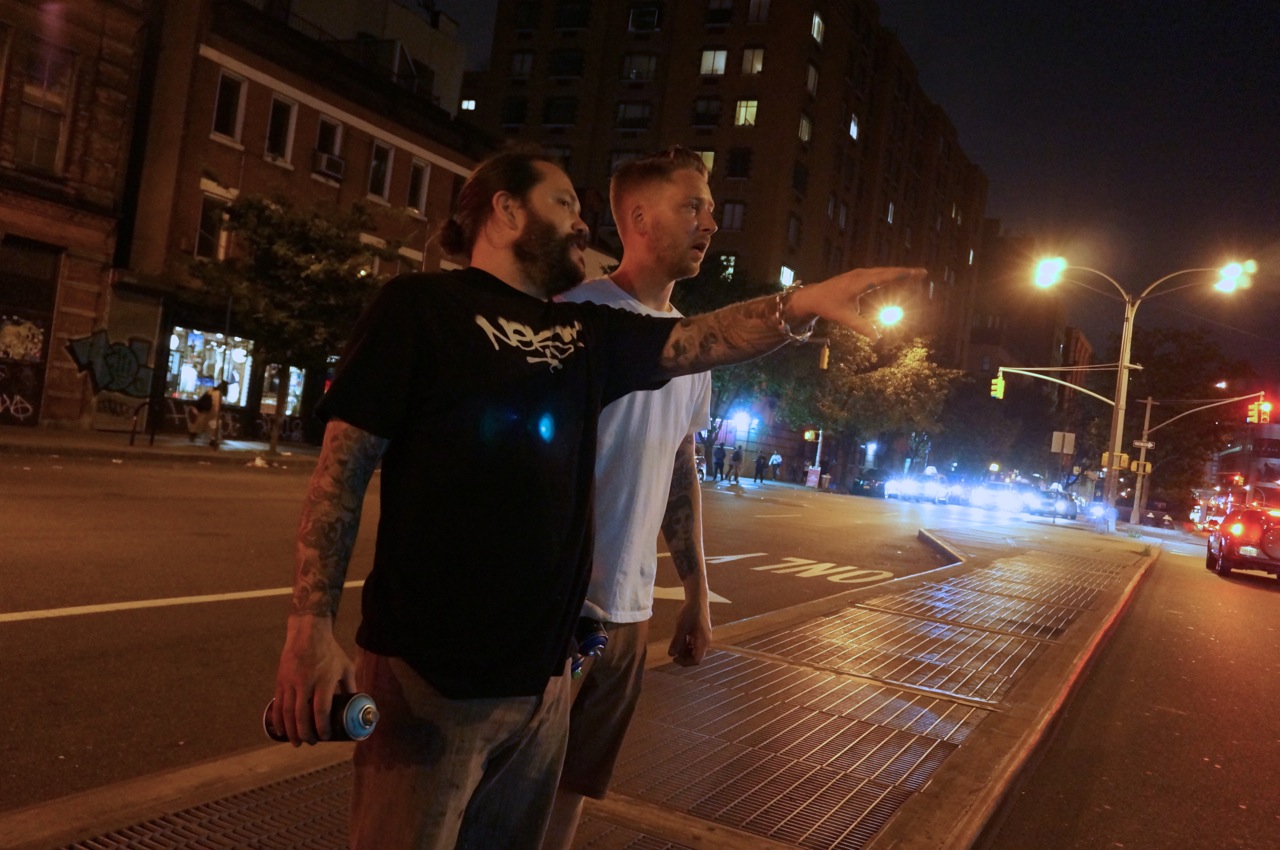 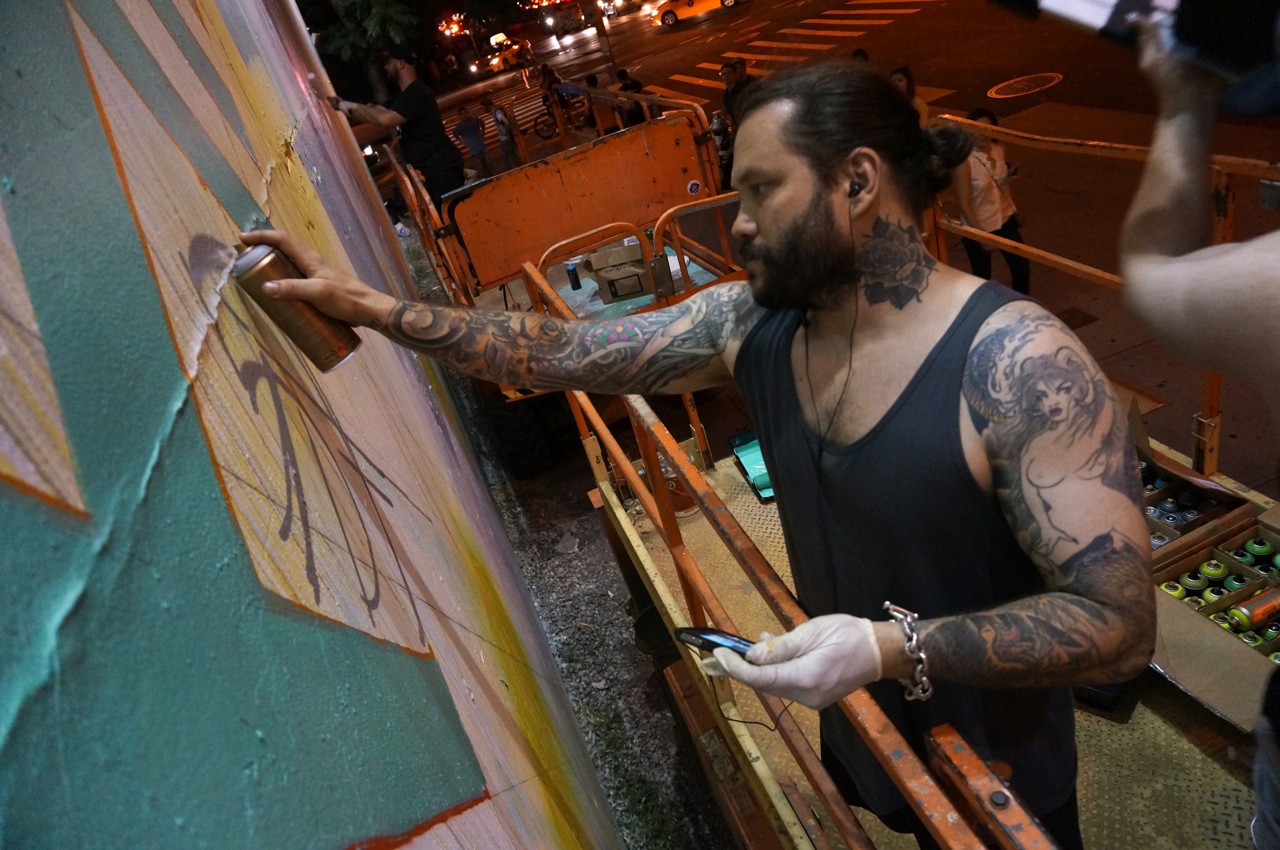 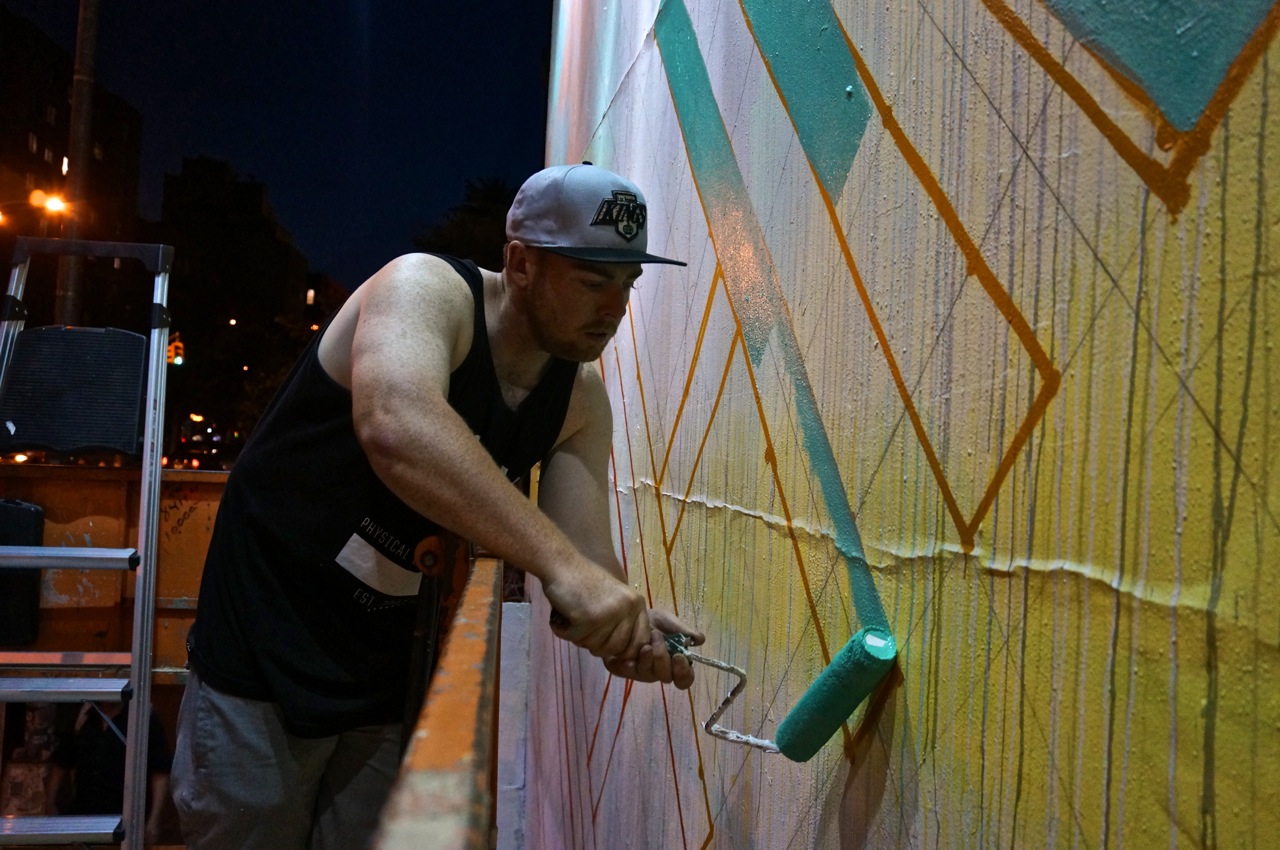 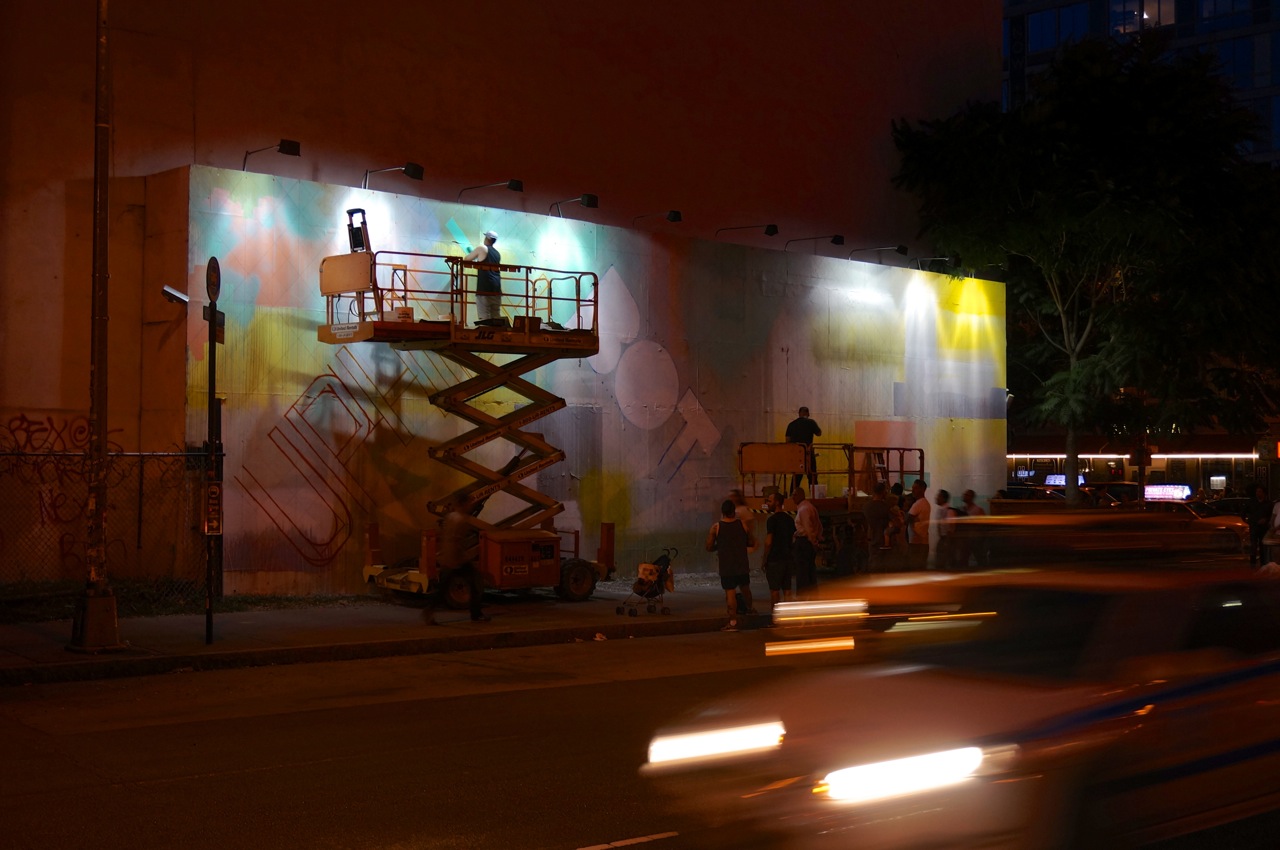