Diederick Kraaijeveld is a quite a special character on the art scene today. Historian by profession, he was working as an investigative journalist for many years, doing some creative works in his spare time during family visits in France. When his journalist job became less challenging and fulfilling, his hobby slowly took over, and about six years ago, he decided to make a significant career move. Nowadays, he is working and living in Hilversum in the Netherlands, where he makes his unique artwork that gets commissioned and exhibited all over the world, mainly in the Netherlands and US. Recently, he welcomed us into his new studio, and showed us around this impressive space in the oldest industrial building in town.

The first piece he ever created using his recognizable technique was an old Mustang. Building realistic images using scrap wood as collage is challenging on many levels. After years of sharpening up his skills, finding the best tools to work with, and trying different imagery, what Kraaijeveld makes these days feature vintage cars, skulls, portraits, and a series of Converse Chucks pieces. Some of these works are commissions, and some are just concepts he felt like doing – like the 3D map of Manhattan that he recently finished after working on it for the last two years. The piece started as an idea, and he’s been obsessed with it ever since. Obviously, not all the buildings nor the scale are fully matching, but the important landmarks such as Central Park, Empire State Building or Museum of Natural History are presented with all their recognizable elements, so the entire 2m piece looks impressive.

The Dutch artist’s studio is not only the place where he thinks of and creates his artwork, but it’s a space that gives one a good look inside of his character. The basement is filled with old wood that he collects on a regular basis, both in his hometown, but also during his numerous trips around the world. These are sorted by color, but also, by their origin, which he finds very important. The upper, main part of his studio is both the workshop, office, storage, and the space where he keeps collections of different items and memorabilia – from vintage signs and parts that he picks up during his travel, furniture made of old plane parts, globes, an impressive selection of vintage mug shots, to his latest collection of old pneumatic tools. These are the kinds of things that Kraaijeveld is interested in, so when creating his work he is not only focused in getting the piece to match the original image, but also, including a bit of its history in it. As a historian and journalist, he likes to connect the history of the material used with the subject he is working on. For example he used the pieces of wood from Kenya when creating a portrait of Obama, and that is now hanging in the US embassy in Den Hague. Or, he used wood from old furniture at the student club of Dutch King Willem-Alexander when creating his portrait. Also, the old wood he is using never gets painted or manipulated in any other way other than cut in order to form the realistic works he is known for.

Diederick is currently working on a commission portrait of Rutger Hauer, has a couple of skull pieces showing at Libertine Gallery in Amsterdam, and is planning his next trip to States where he will be working with Butch Anthony in Alabama in September, using an old barn as a source of material for their work. 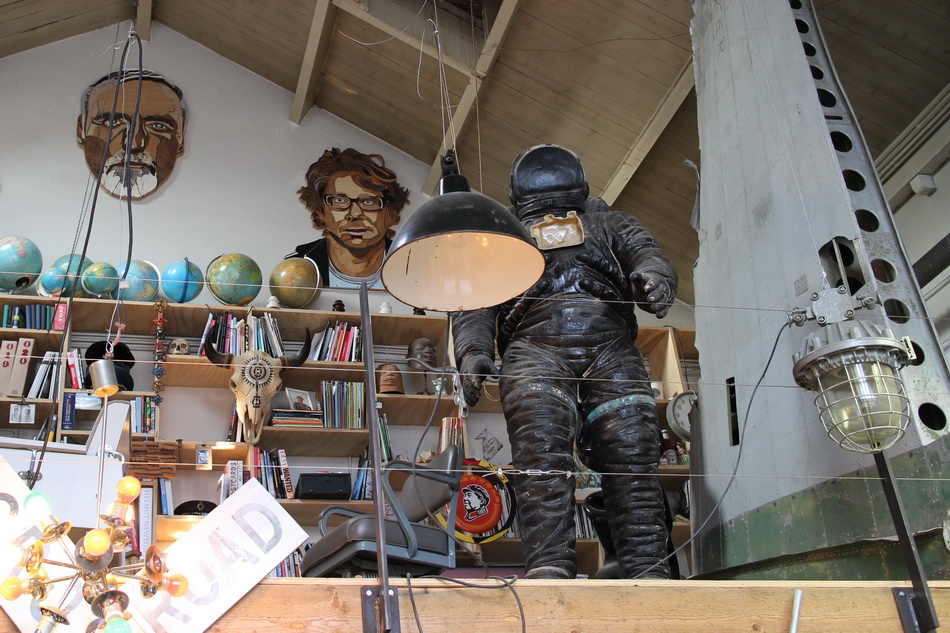 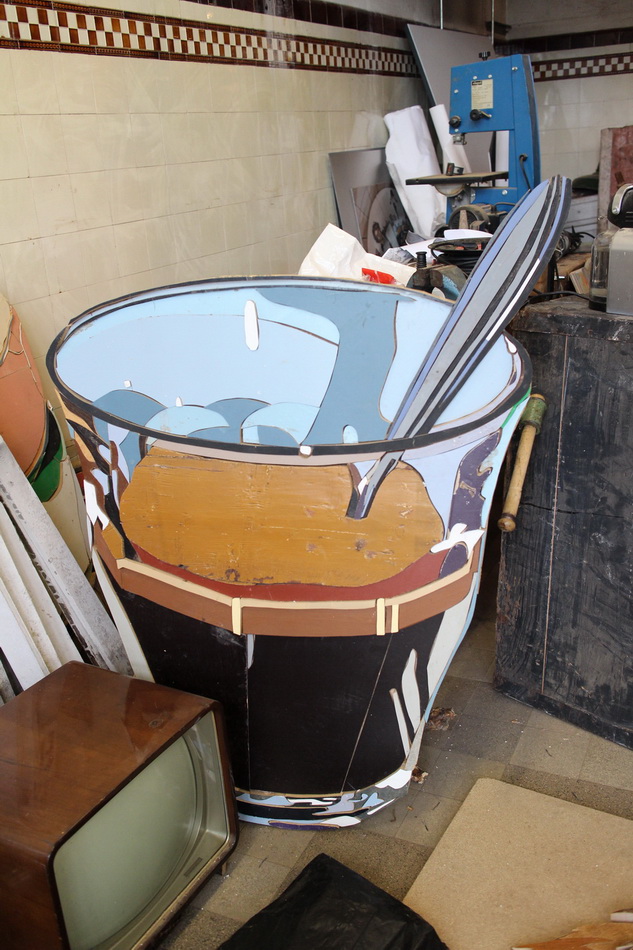 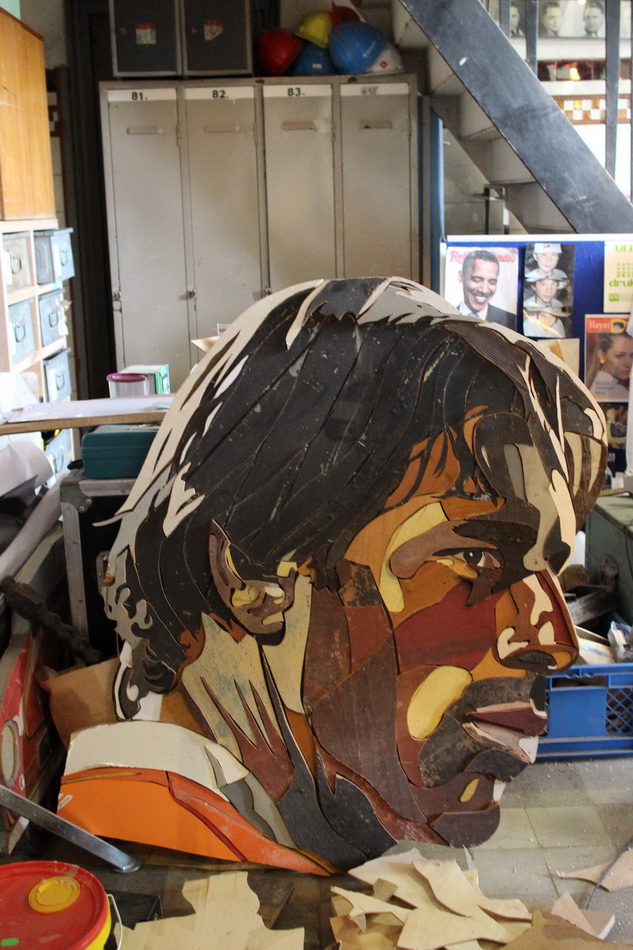 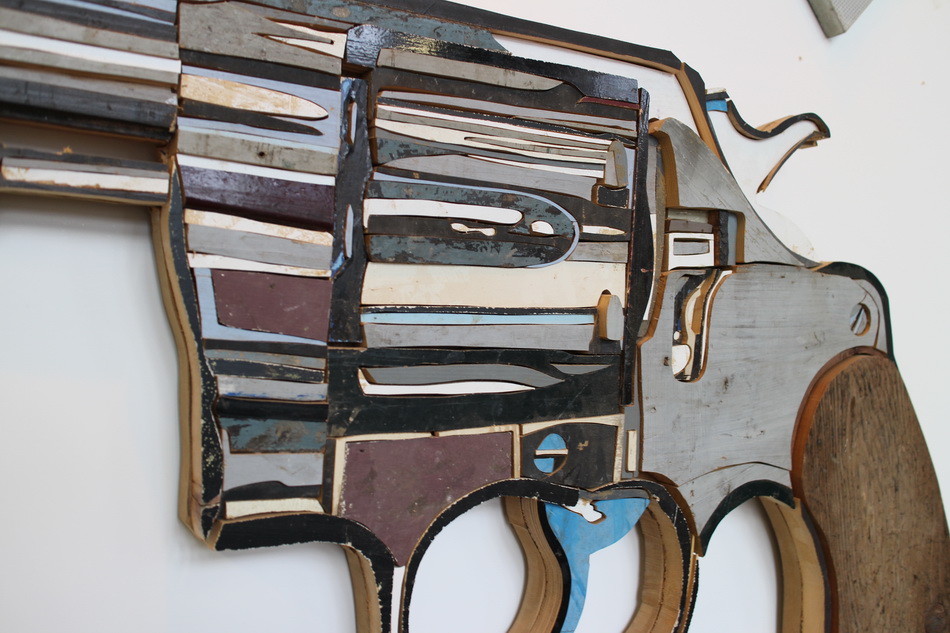 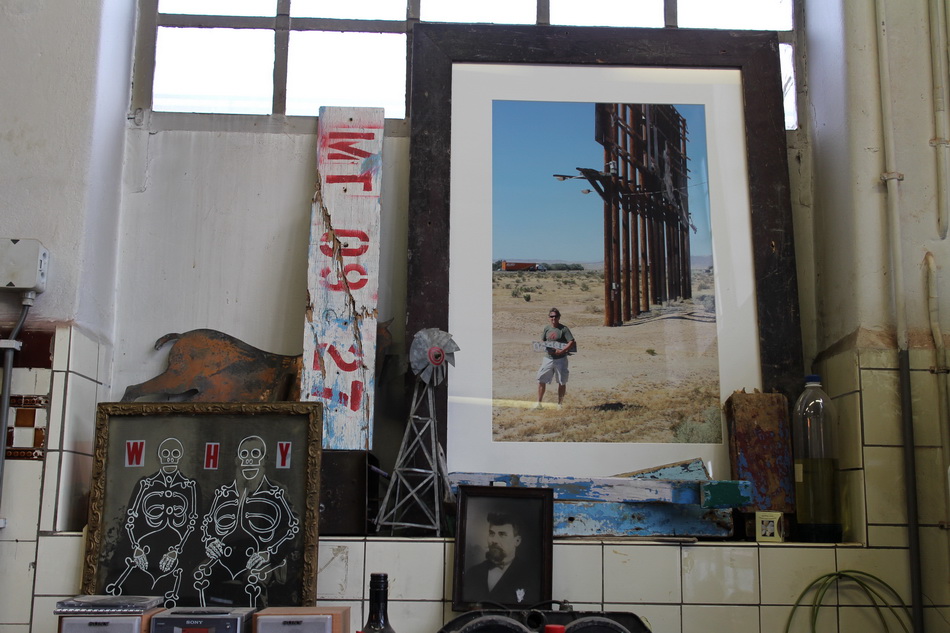 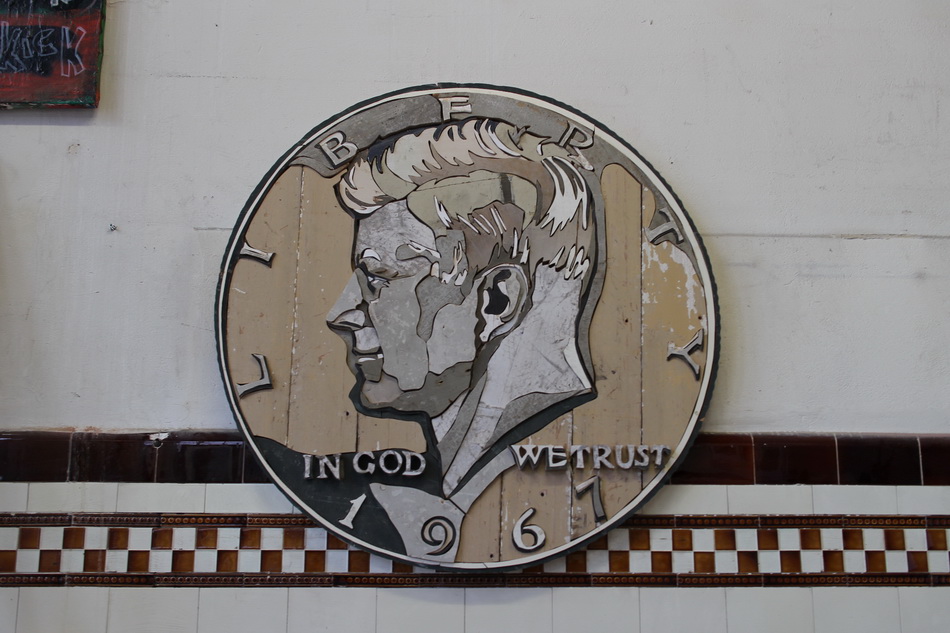 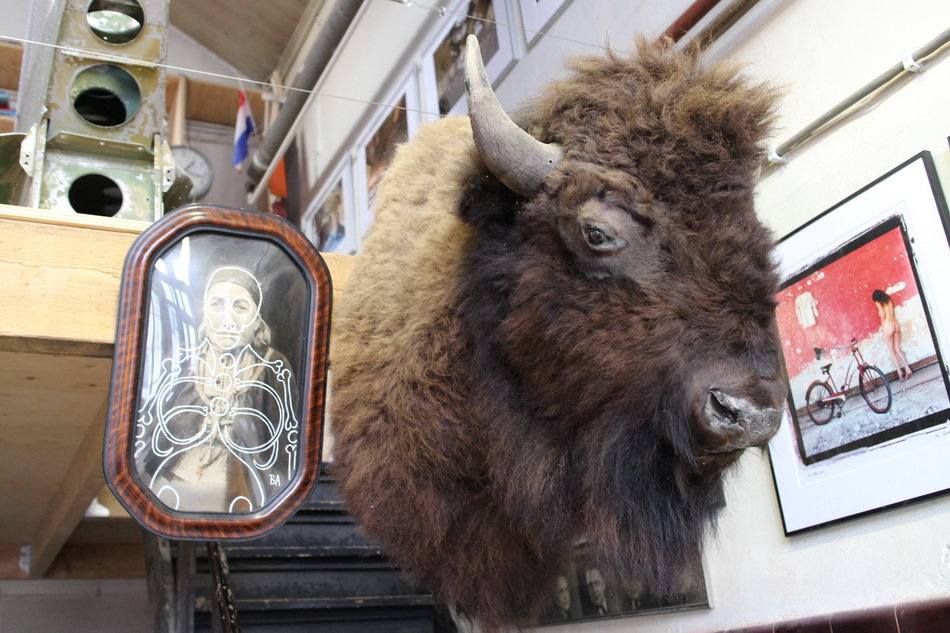 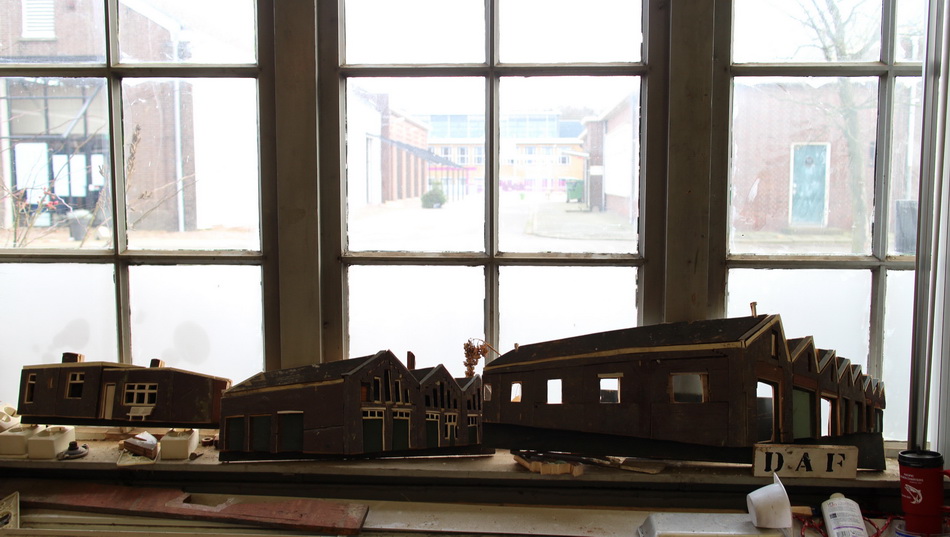