The work of Amsterdam’s street art man of mystery, Laser 3.14 is slowly becoming one of the recognizable elements of the Dutch capital. Along with canals, bikes, red lights and coffeeshops, his statements sprayed all over the city are something a lot of people remember from their trips. Recently, we had a chance to visit Laser 3.14 at his studio in the Jordaan area, see and hear about what he is working on, and talk about how this phenomena started.

By many accounts, Laser 3.14 is not a usual street artist – he never draws images and he almost never uses color, yet most people living in Amsterdam know and appreciate his work. Finding his quotes scattered through the city is becoming a little game that locals like to play as they are cycling around their hometown. Often addressing political, social and personal subjects that people can relate to, his works are a reminder of the creative and liberal energy that Amsterdam is known for. The lines he writes are his own, and he never uses the quotes of others. With his distinctive signature written above his slogans, these look like urban Bible verses written on protective wooden panels, tarp covers, signs and other temporary surfaces.

Laser 3.14 started his creative expression by writing poetry which is still his biggest love. Heavily influenced by the lyrics of The Doors, Velvet Underground, and later Joy Division, he started writing down his thoughts and observations about 15 years ago. Later on, he started creating drawings and illustrations to which he would incorporate his poems or their parts. After some time, he started liking the written part of his work better than the graphic, and since he did graffiti as a youngster, he thought to try writing those lines in the street. Initially this was just something he would try and see how it felt, but just a few years later he became an icon in his hometown, with a couple of art shows, print releases, books, etc. Always staying true to his nonconformist ideals, he ignored and bent the “rules” of the graffiti and street art world. The signature he created was partially a tag he used to use, along with “3.14” which was borrowed from Public Image Ltd song, but written in a handwriting style instead of classic tag form.

Instead of vandalizing walls and leaving permanent marks, he always writes on temporary surfaces. This way his work has a life of its own, sometimes disappearing shortly after being done, then re-appearing somewhere else, often in a different form. He has no certain schedule or plans on how often he goes out to write, but it’s an essential part of his life, and it just needs to happen on regular basis.

Inside of his studio where we visited him, he is working on wood & found object pieces, trying out some new ideas with fluoro paint and neon, as well as creating new steel shield pieces that are made from steel plates that are precisely cut to show his handwriting, giving the work more depth, but also a more strong and permanent feel. Along with these new pieces, he is releasing some limited edition prints through his website, as well as working on the next book of poetry, and hoping to take his universal work overseas. 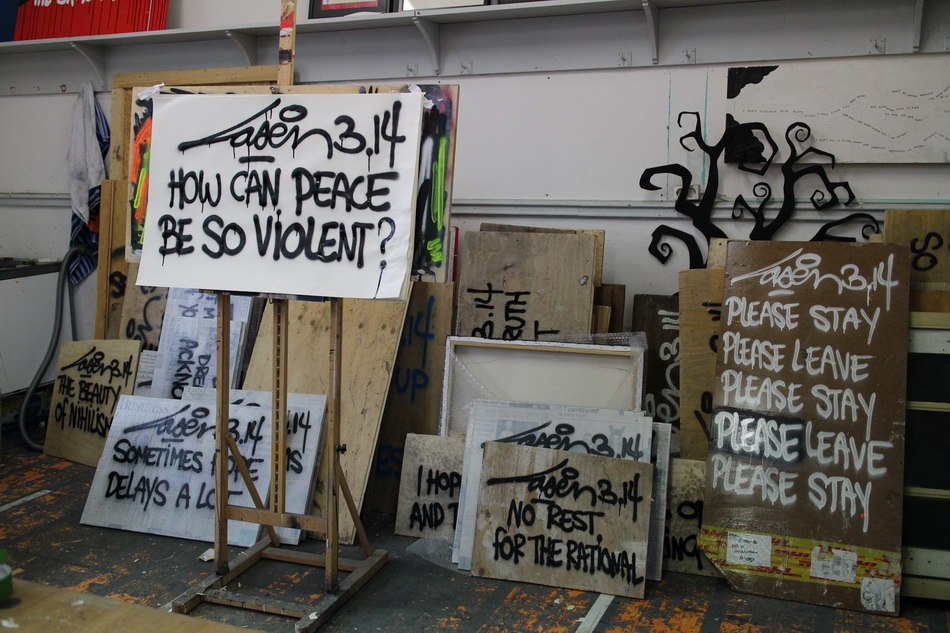 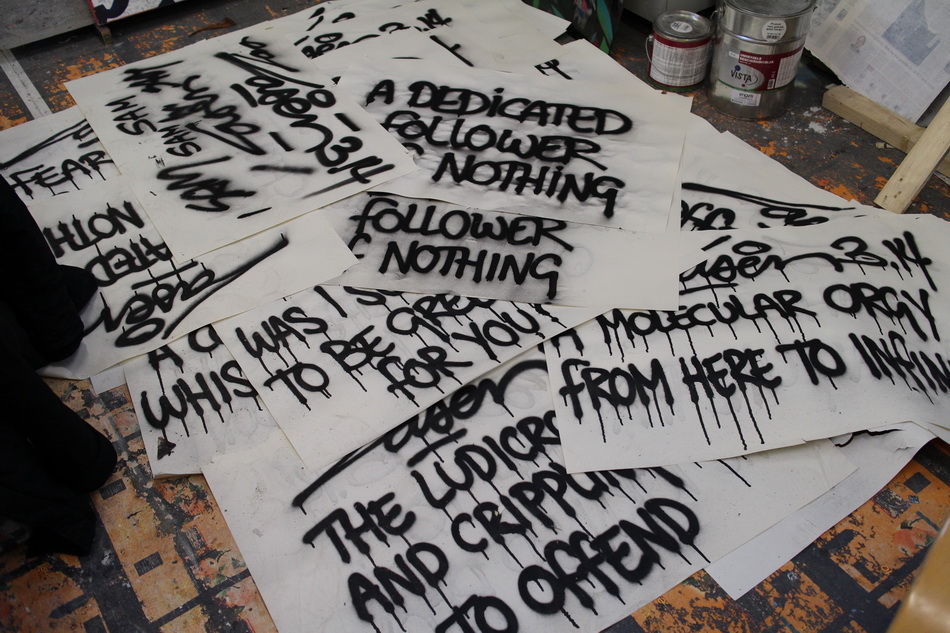 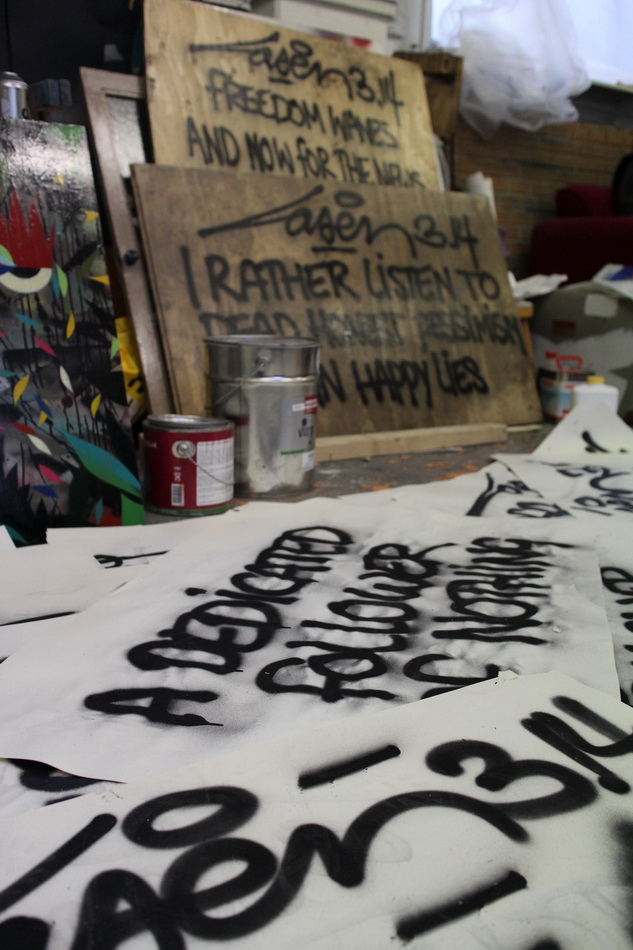 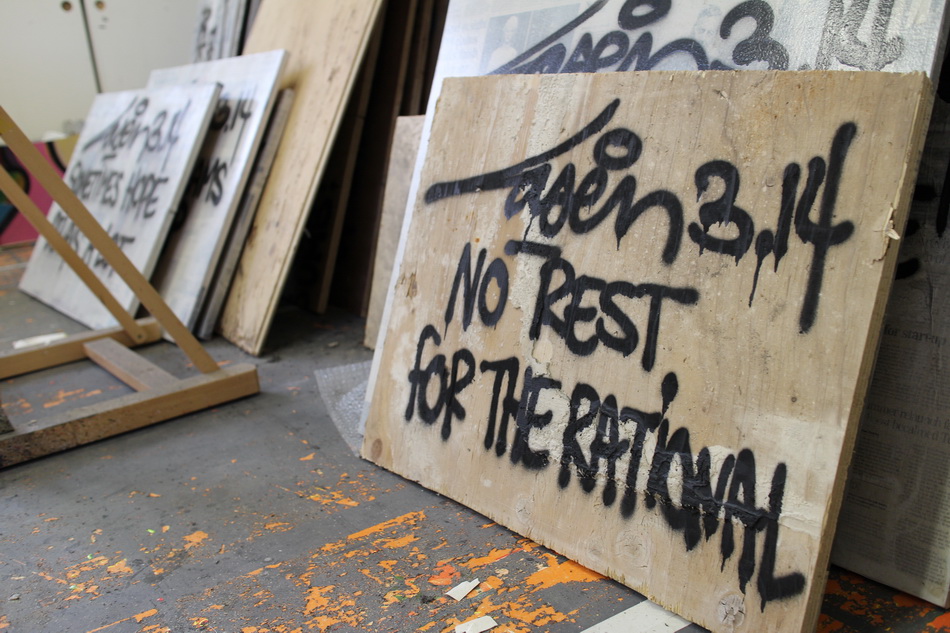 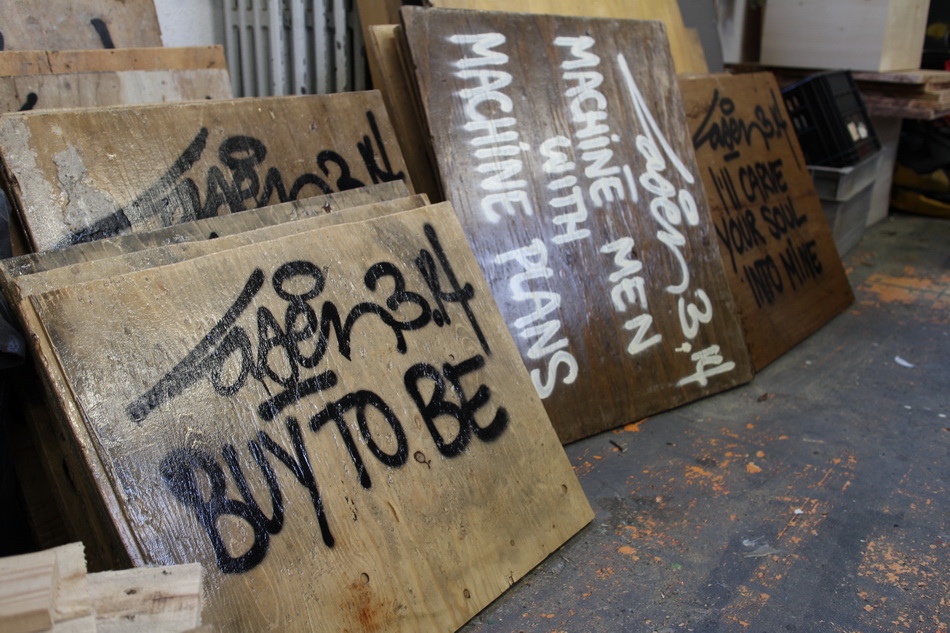 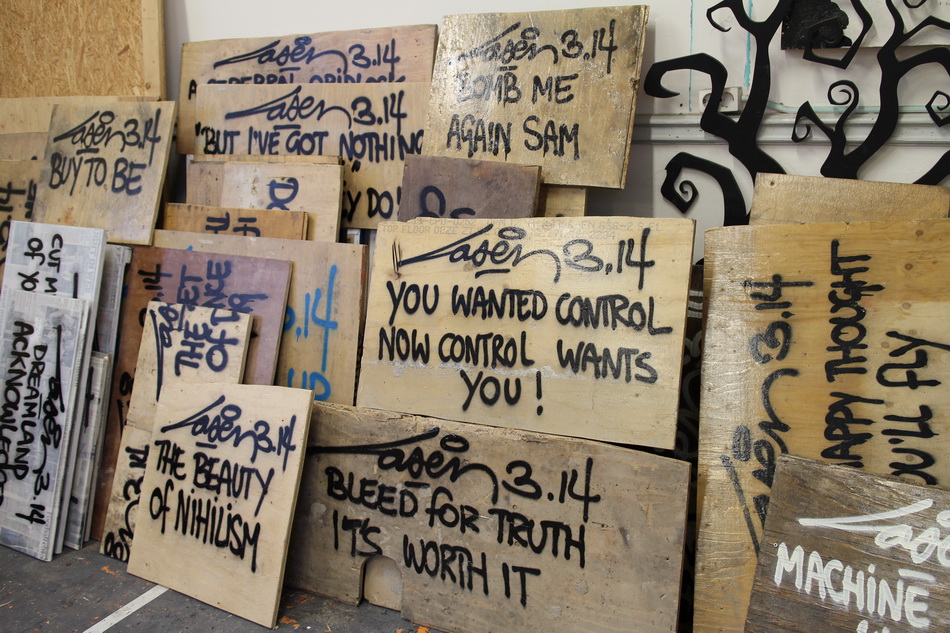 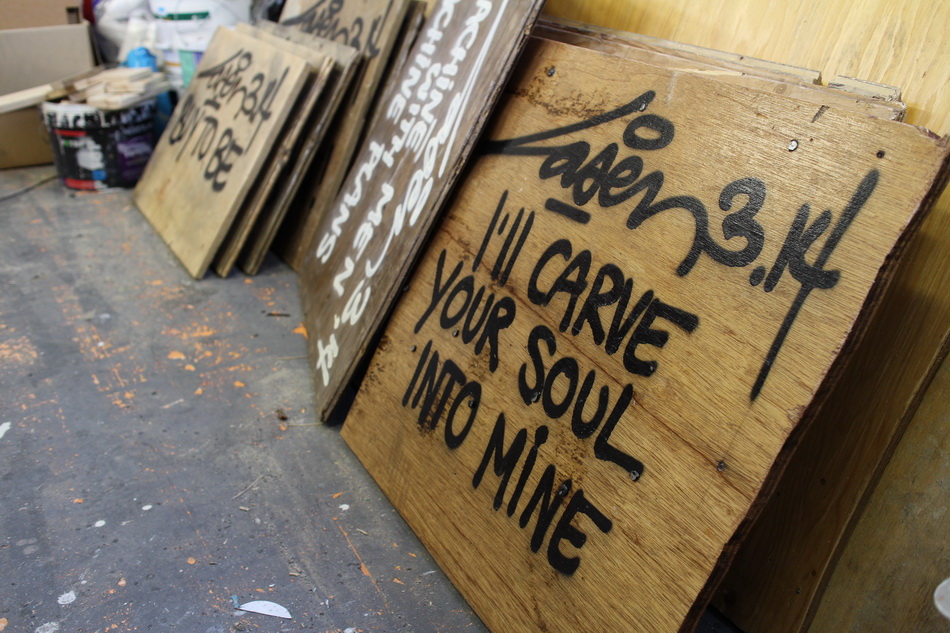 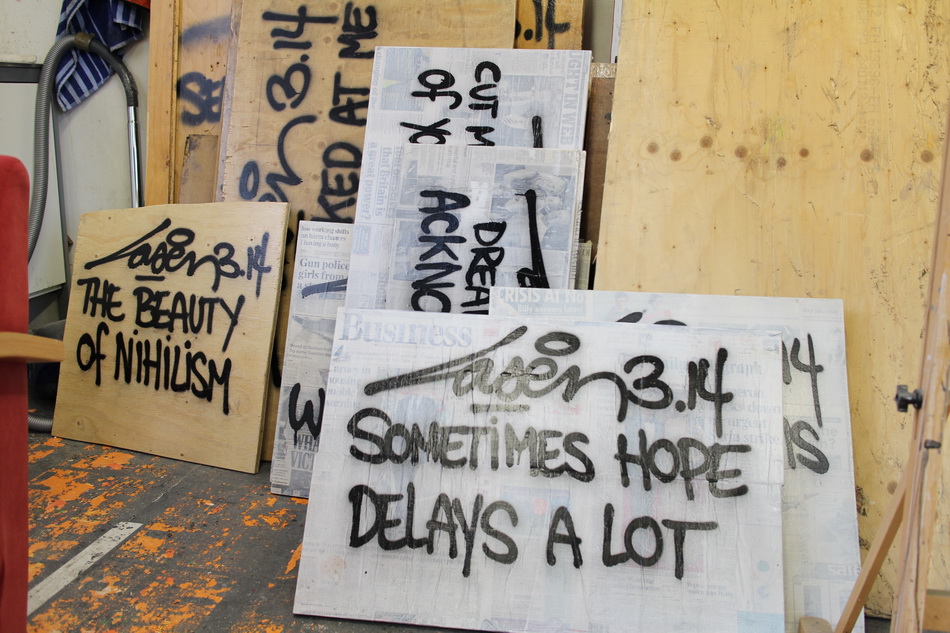