After sold out shows in New York City, Miami (Art Basel) and Detroit, big mural projects in Detroit for the Library Street Collective, and in New York City on the world famous Houston Bowery wall (covered), Revok and POSE are taking their artistic careers one step further. In collaboration with Library Street Collective, these “graffiti artists gone contemporary art” are having a one night only show in Dubai.

The story about how these two infamous graffiti writers got their names recognized in the urban and contemporary art world is a story of determination, patience, talent and originality. While their works have similar sensibilities and concepts, their approach to creating works is very different – both in mediums & techniques, and the imagery & elements used. Revok’s pieces are very geometrical, which is partially caused by the use of cut up signs and boards, while Pose’s work is much more figurative and hand drawn. In other aspects, their works can be placed in the same category, even though visually their works do look significantly different. The abstraction and complexity of the imagery, the colorfulness, the patched up collage style of creating works, are features that are common with both artists. T

For their Middle East debut, both artists produced entirely new bodies of work using processes they developed recently, more like an evolution of their existing work than a new direction. Along with large canvases, Pose will introduce a new series of works on paper created by painting a full-scale mural then breaking down the pieces into individual works. Revok’s new creations are more mature, deliberate and reasoned, while staying fully abstract, geometrical, and almost brighter than before. The event will take place at The Mine in Dubai, on Thursday, April 24th from 8pm – midnight, and will be strictly invitation only. 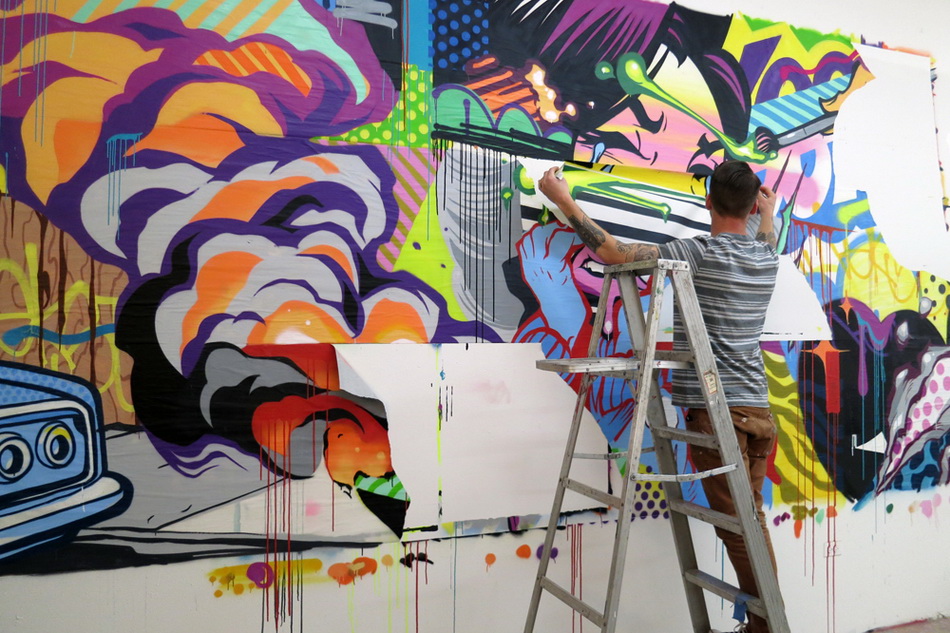 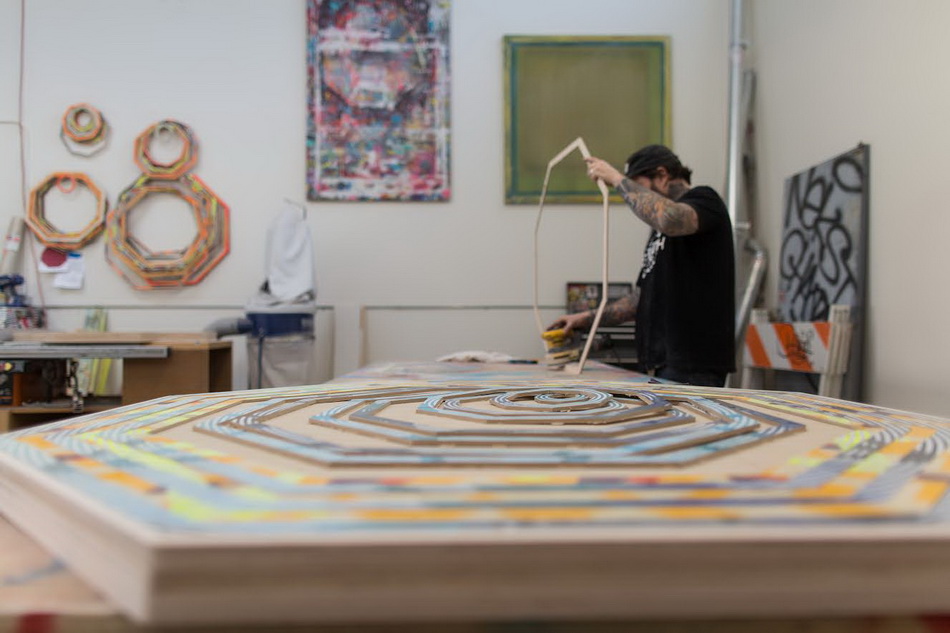 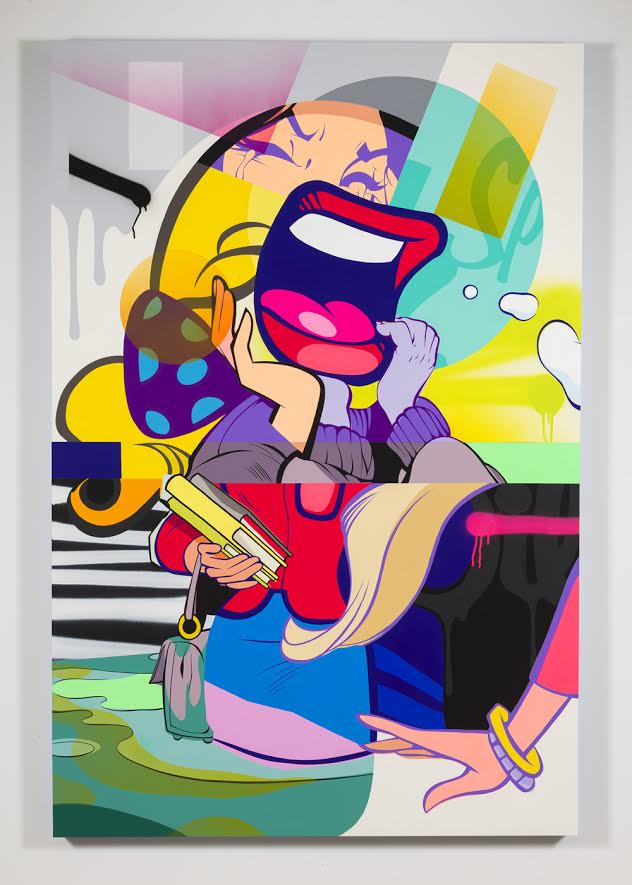