The year was 1994, Pulp Fiction was ruling the box office, The Beastie Boys were blasting Sabotage and a group of artists out in sunny California were brainstorming on how to start a Kustom Kulture magazine, that (unbeknownst to them) would eventually go on to be the most widely distributed and influential art magazine in the world. Famed painter Robert Williams (originally from Albuquerque, New Mexico) was riding a California wave, while collaborator, Fausto Vitello, was ripping with his Thrasher Magazine success, and with some key players in place, notably, Carlo McCormick, Craig Stecyck, Eric Swenson and Greg Escalante, Juxtapoz was born.

By 1996 Jamie O’Shea was in the captain’s seat as Editor-in-Chief and within a few years you could see the evolution of Juxtapoz beginning to take shape. Although originally modeled around Hot Rod and the psychedelic art cultures happening during the mid 90s in Los Angeles, by the new millennium, they had managed to bring what was previously considered counter culture to what seemed to be the main stage, showcasing the likes of Mark Ryden, Camille Rose Garcia, Eric White, Walter Ford, Ron English and countless others. By 2006, Jamie O’Shea was onto other art ventures and after a few murky years current editor, Evan Pricco, took the reigns as Editor-in-Chief walking Juxtapoz into the “post-pop surrealism, lowbrow” era we have all come to know today. As artistic trends have changed, and subsequently one movement has transcended to the next, Juxtapoz has remained at the forefront.

The Juxtapoz 20th anniversary show, Art Truancy, celebrates some of those key players in the early years including, Mr. Robert Williams himself, as well as Mark Ryden, Todd Schorr and a big fat handful of modern day powerhouses. You can see this amazing group show that spans two decades hosted at both Jonathan LeVine Gallery’s locations at 557C W 23rd Street and 529 W 20th Street in New York City. Don’t miss it! – Manuel Bello. 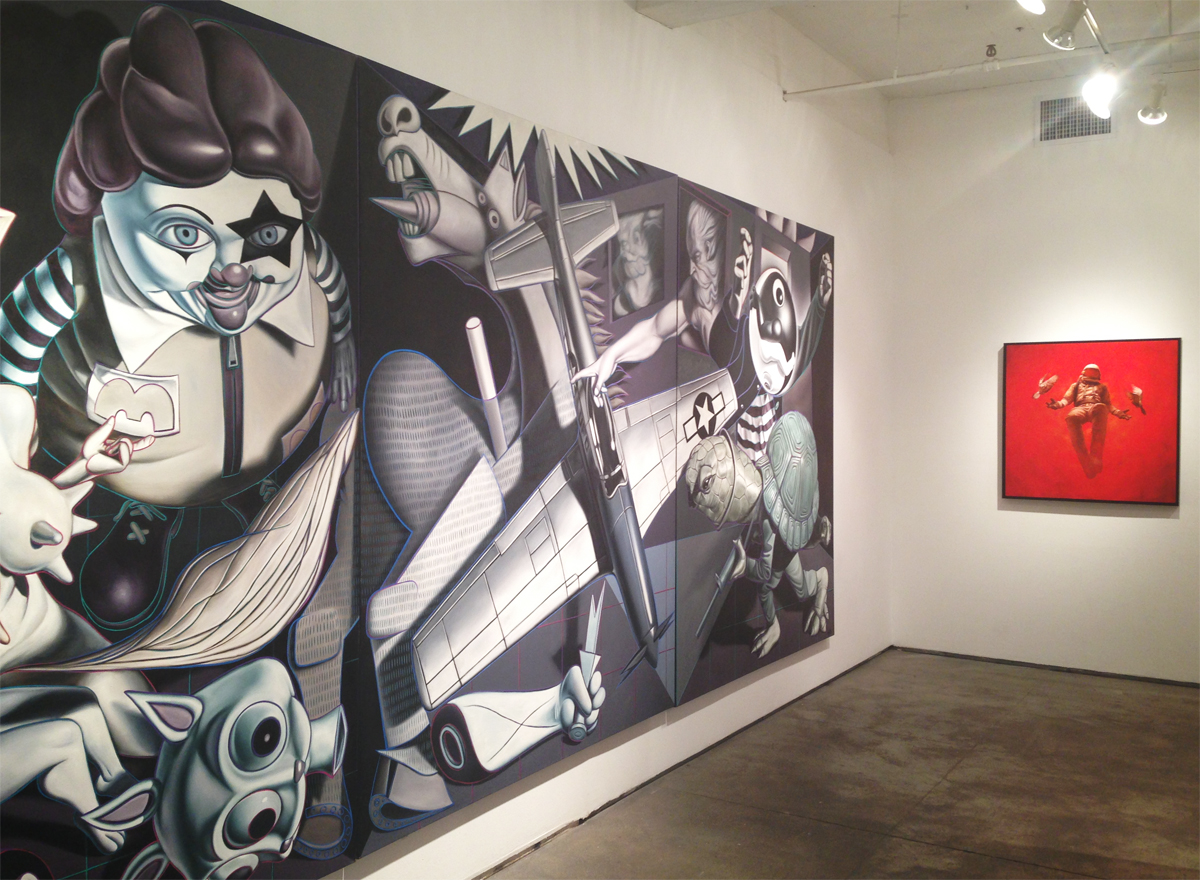 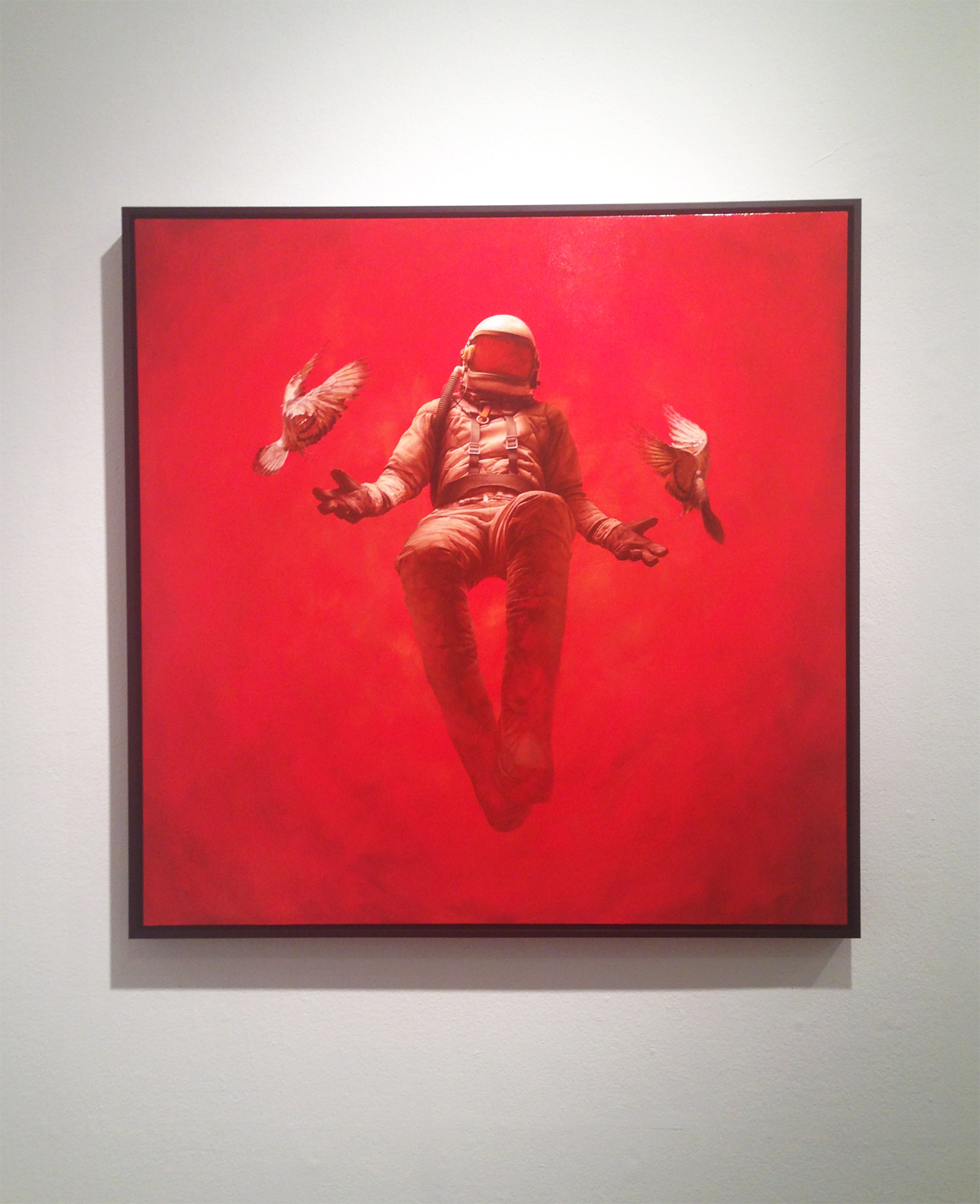 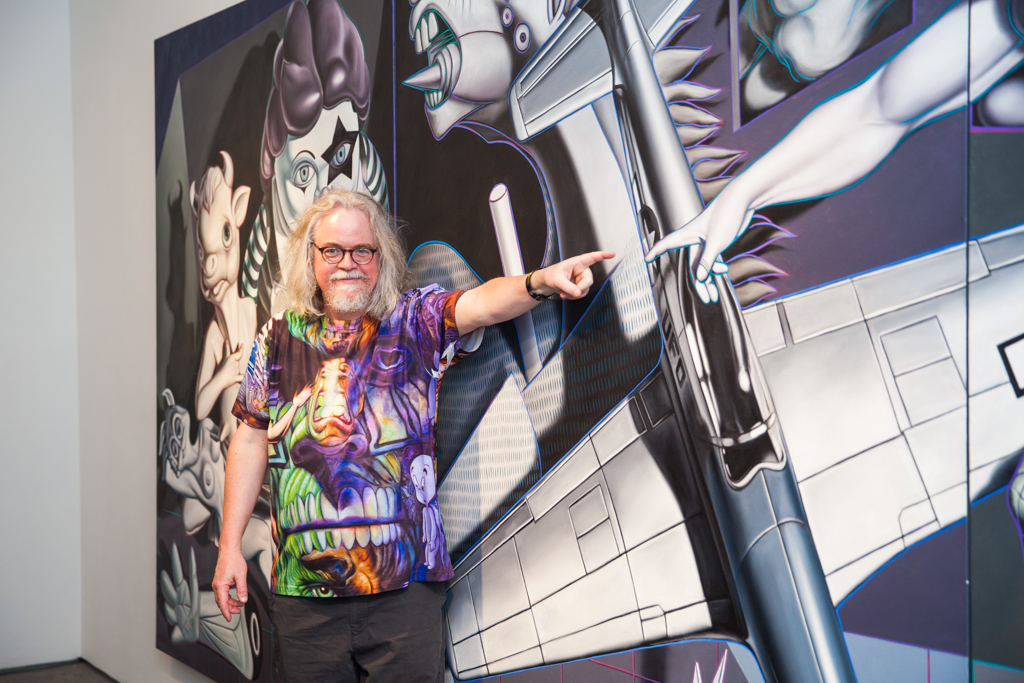 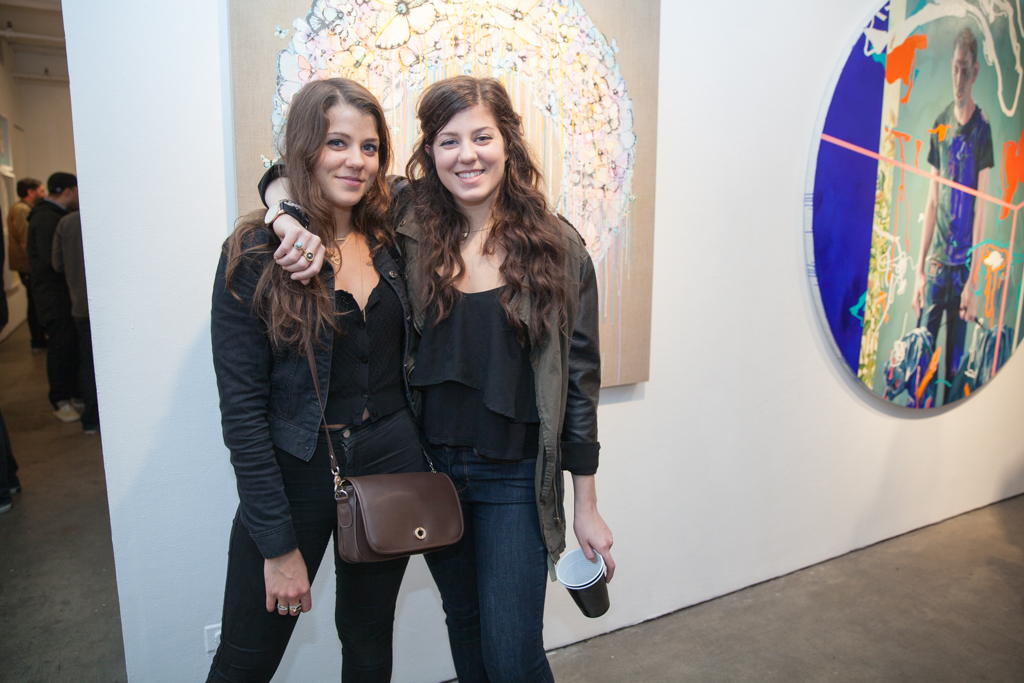 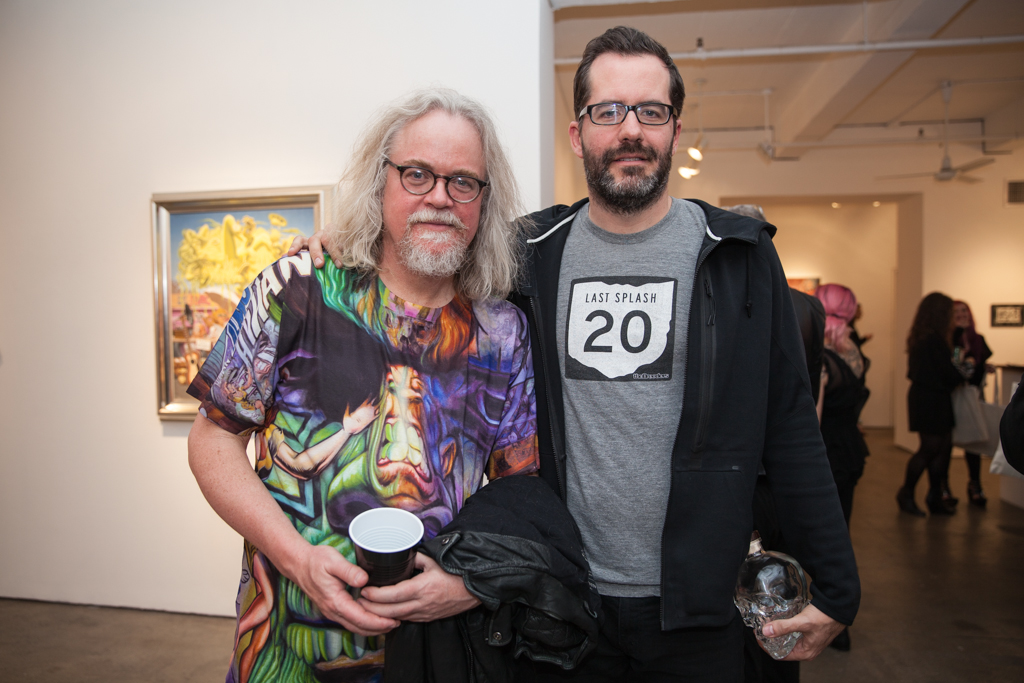 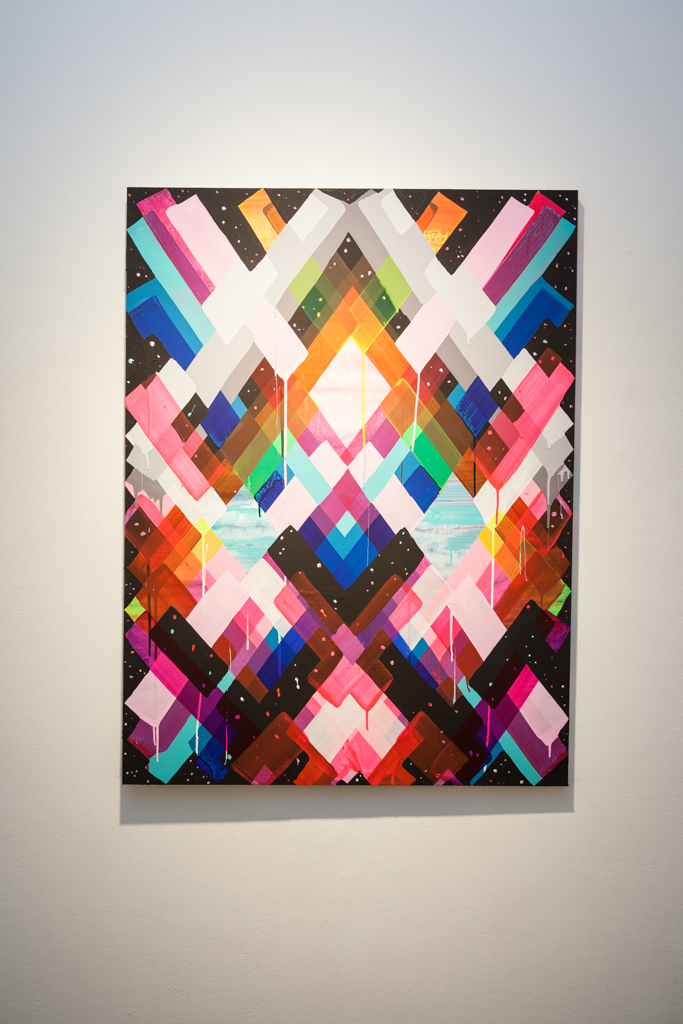 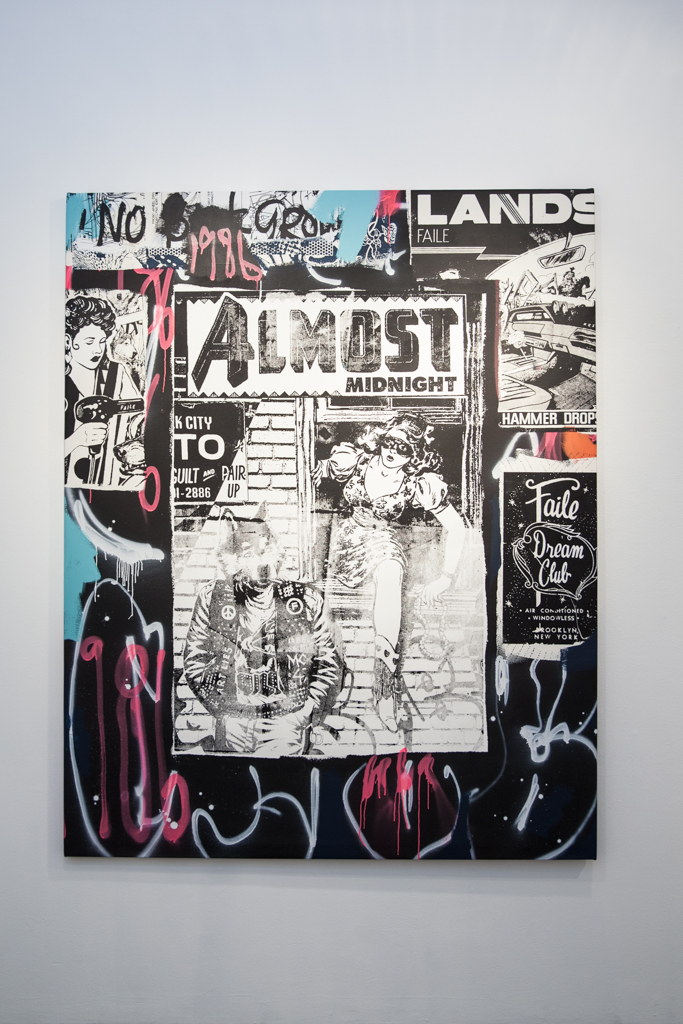 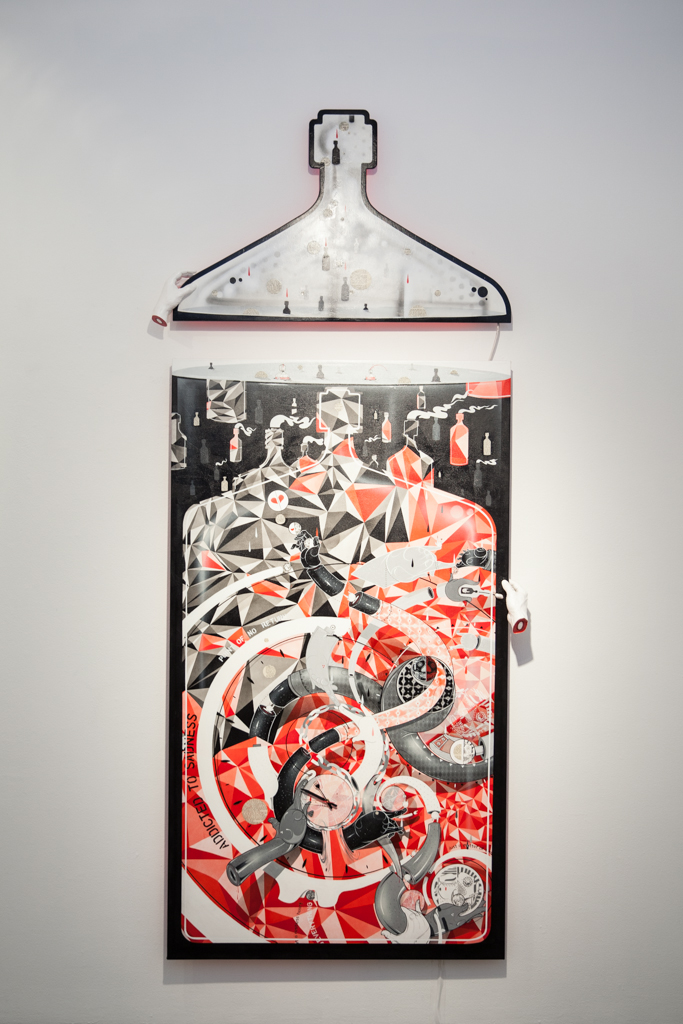