DALeast has been having a quiet year focusing more on his studio work, traveling less and doing less street works. But recently, he took part in the Day One Festival in Roeselare, Belgium, organized by Street Art Belgium, by creating this massive piece on the docks.

The Chinese-born artist painted this large image showing six human figures moving a large mountain. Painting in a country that doesn’t have one single mountain, this was artists symbolic present to the country. According to the artist, the image represents the weight and tiresomeness of materialism, but also, can be seen as a nod to power of mankind when united. The simple message that often gets forgotten, and usually comes true in times of trouble, is showcased with his signature painting technique. To get the effect he wanted, he had to paint numerous long straight lines which took a long time to complete and made it look almost geometrical, but we can all agree that all the hard work was worth it. 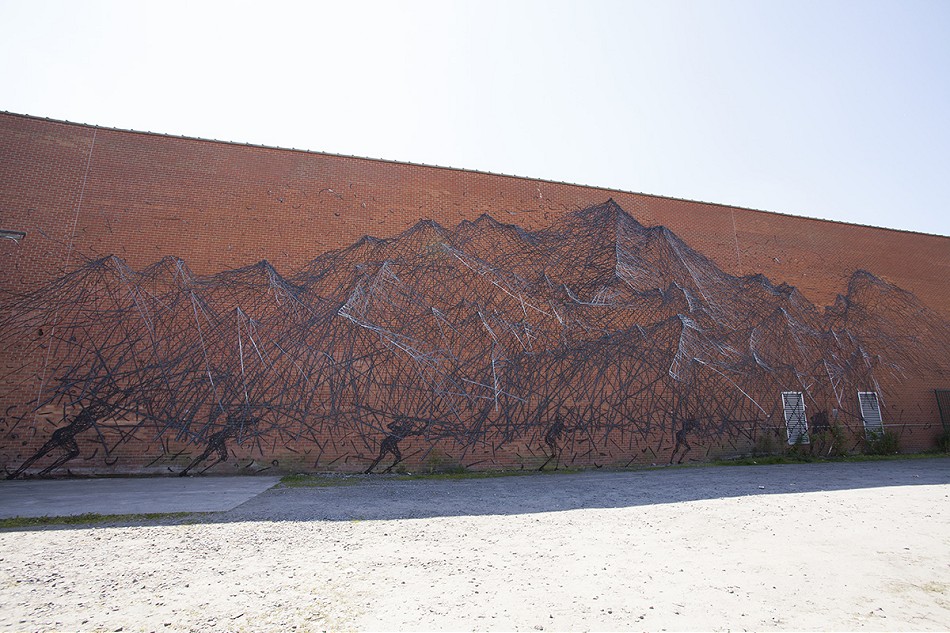 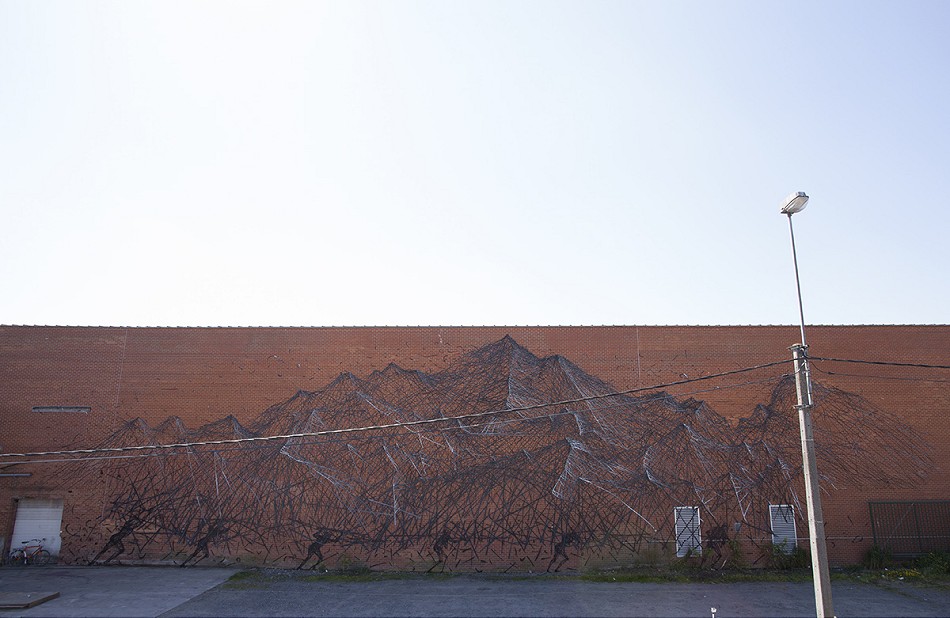 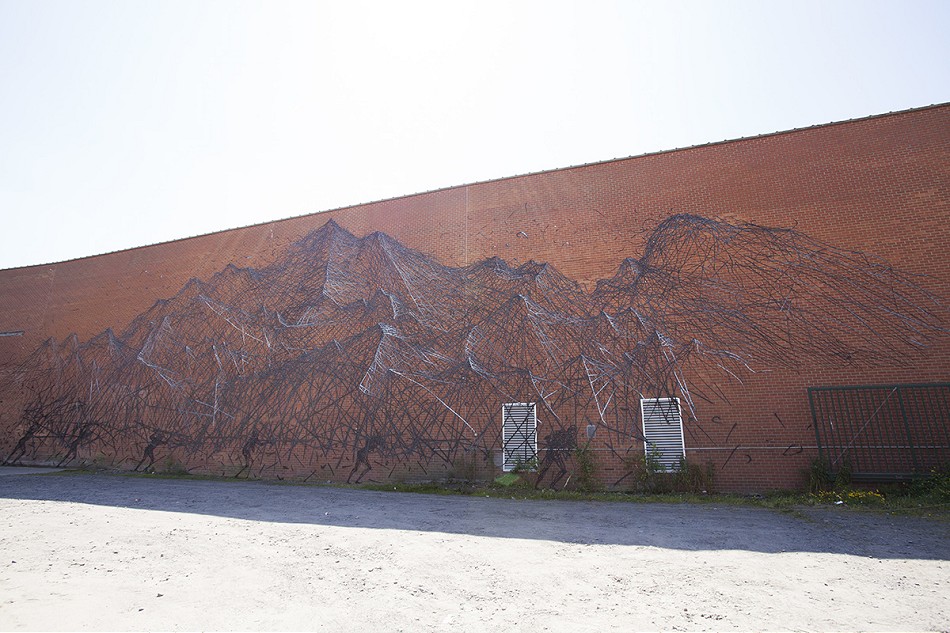 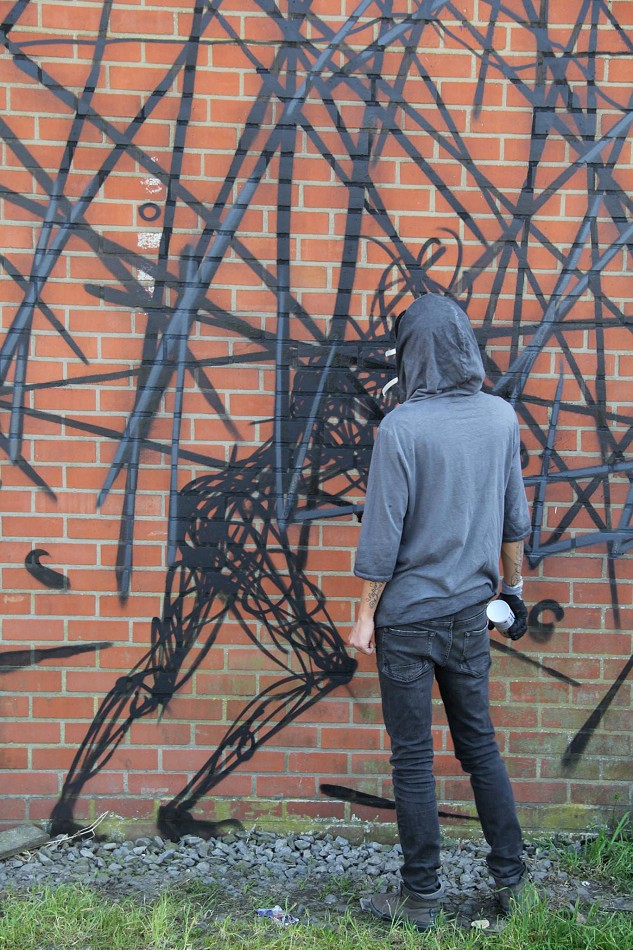 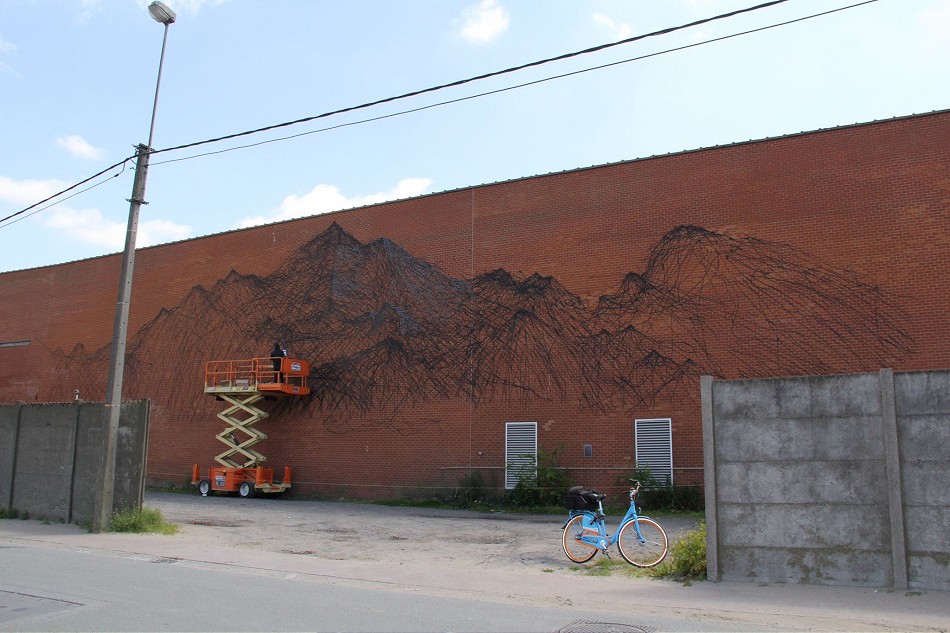 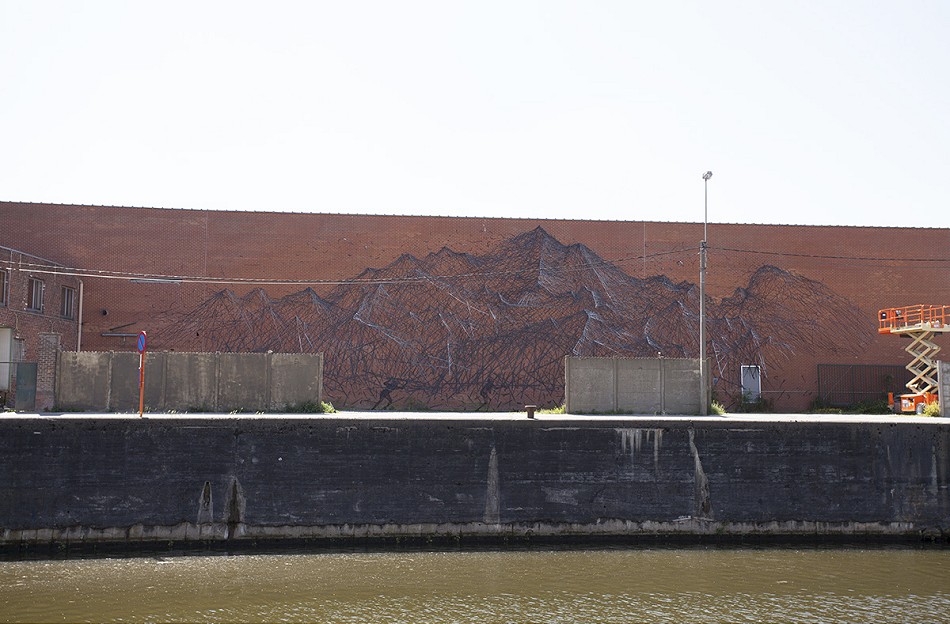