StolenSpace Gallery is opening the new season in London with two concurrent solo shows from Australian artists based in Berlin – Reka (seen above) with a body of work entitled Trip The Light and paintings from Two One’s collectively named Hunted Hunter’s Head.

Reka’s fresh paintings are  inspired by his mother, who was a ballerina. His brushstrokes reflect the graceful movements of a female dancer though a monochromatic palette. Referenced in John Milton’s 1645 poem L’Allegro, to “trip the light fantastic” alludes to those who dance without inhibition. In parallel, Reka has given a new life to disused rusted spray cans found throughout his adventures, which he repurposed into art.

Japanese born Hiroyasu Tsuri aka Two One emigrated to Australia before relocating recently to Berlin. Continuing his ongoing series that he calls Psychological Portrait, TwoOne uses patterns and human-animal hybrids to show more of the inner character and personality. 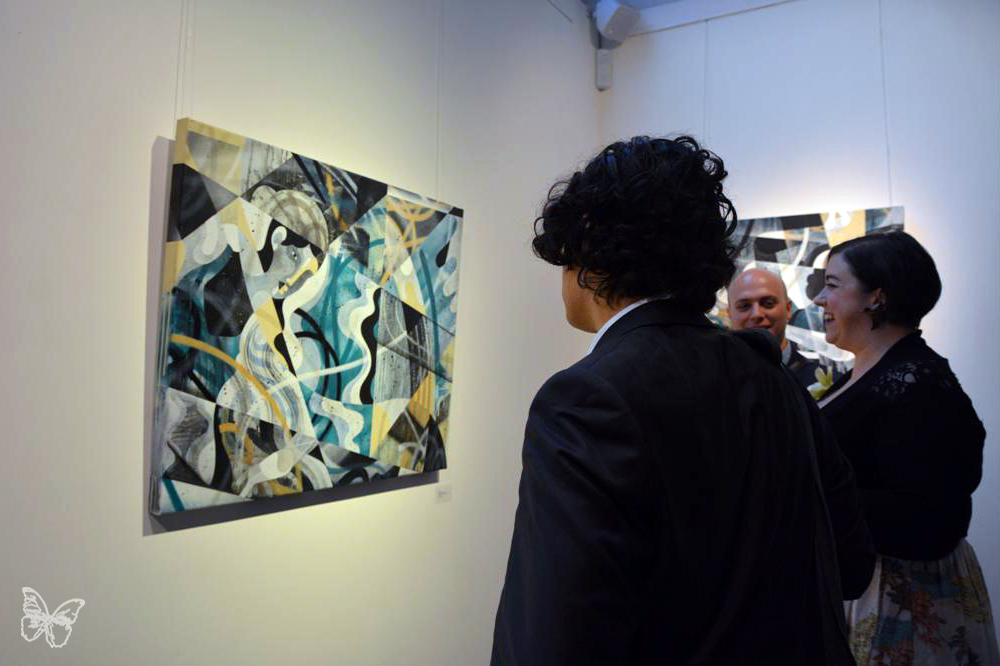 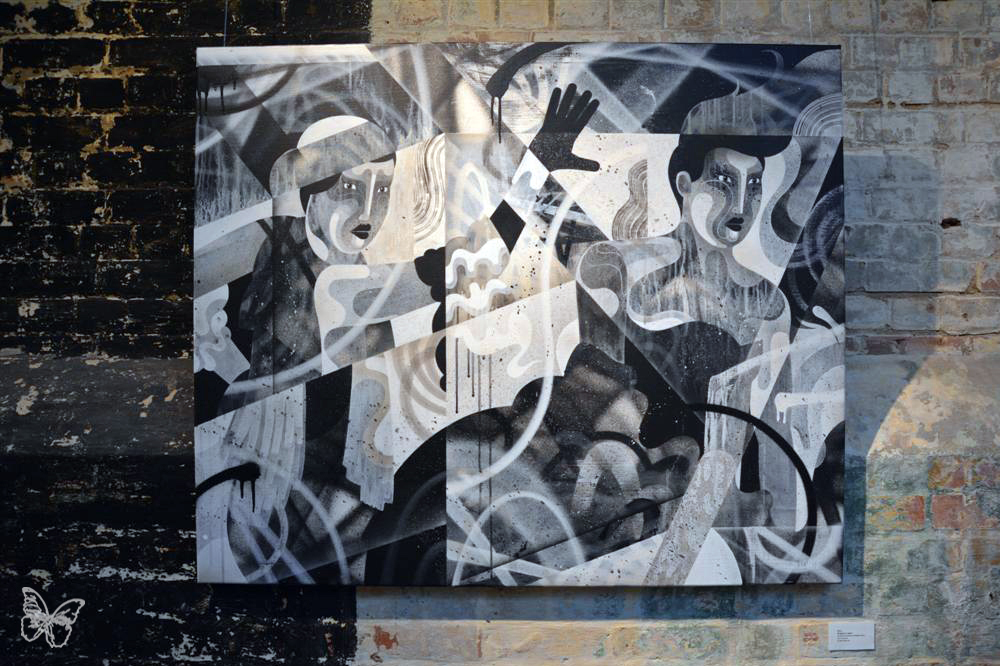 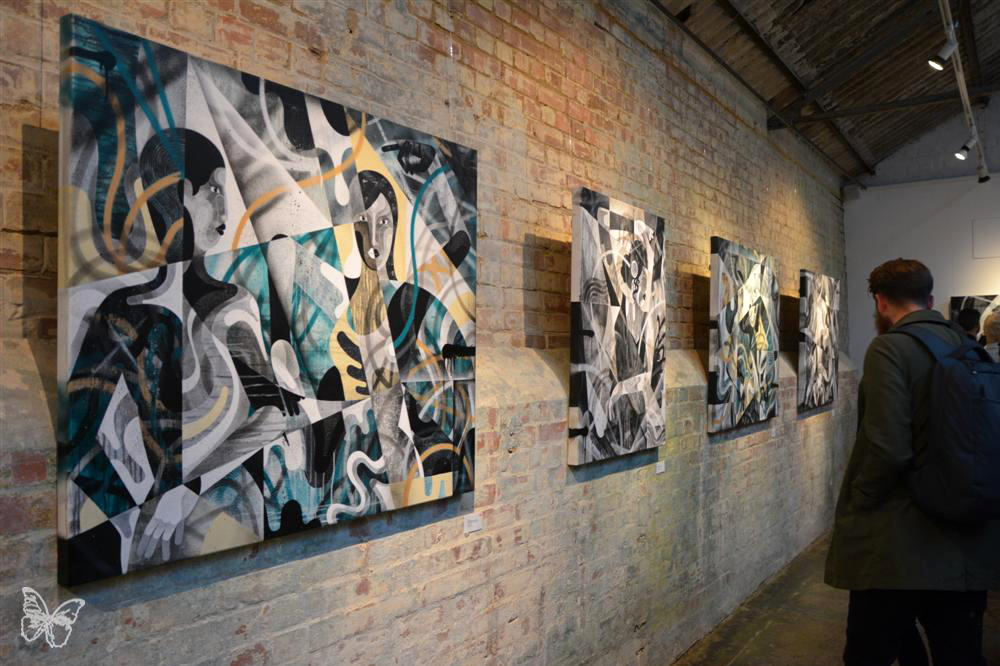 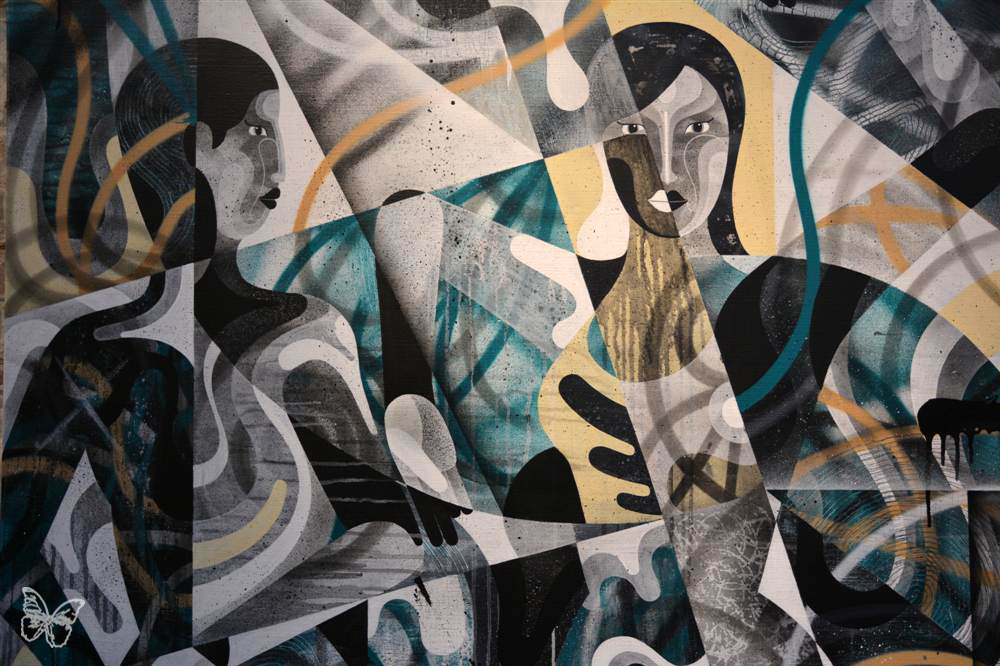 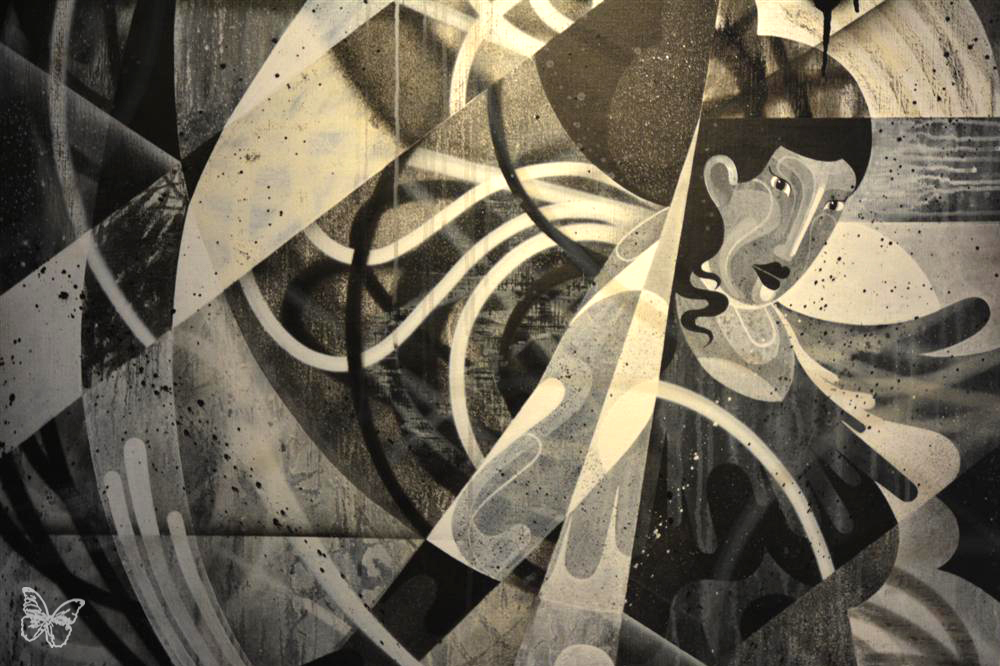 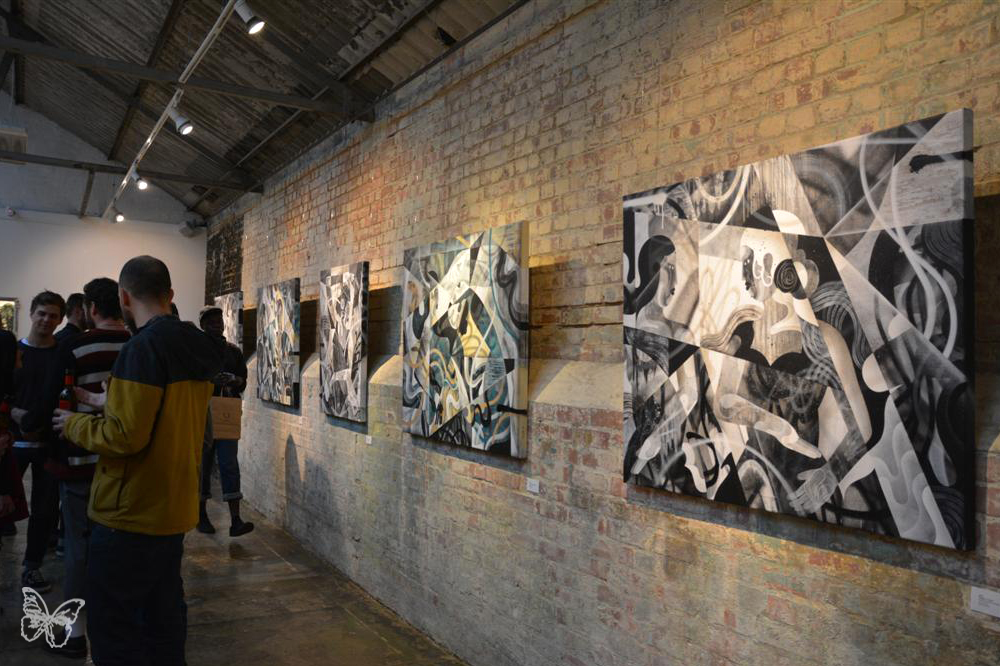 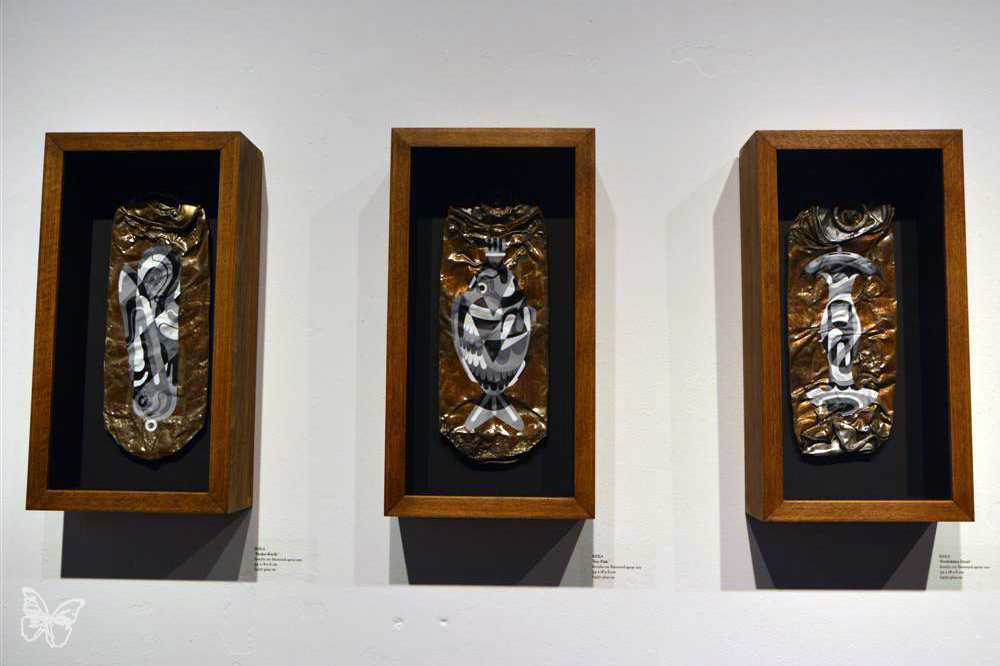 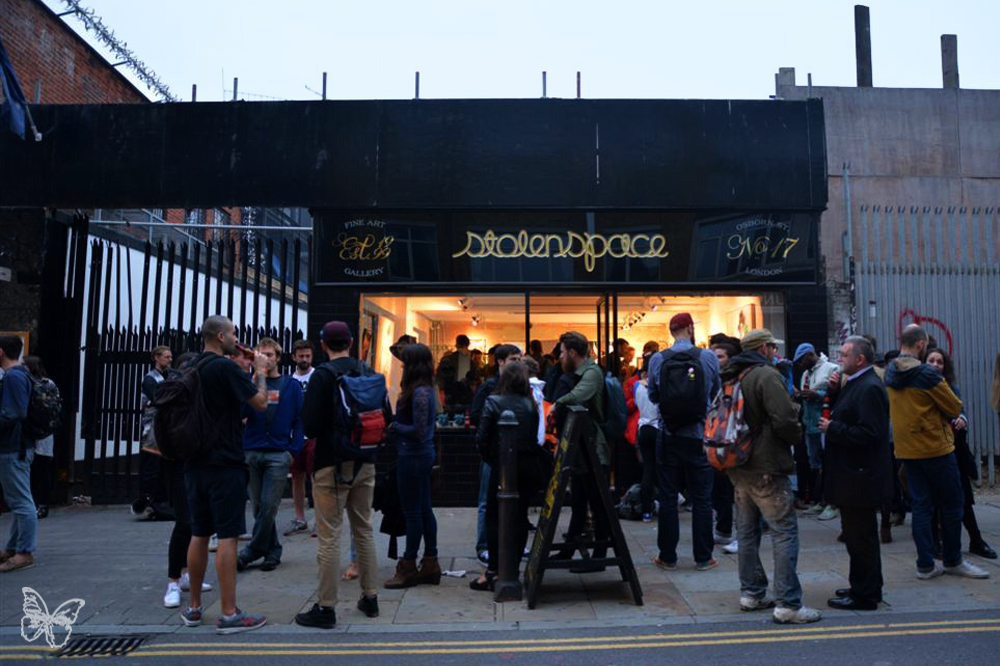