We recently received these exclusive images of Ernest Zacharevic working on his upcoming print release with PrintThemAll.com. Based on his outstanding mural he painted back in August for Living Walls project in Atlanta, the print titled “Composition with Red, Blue, and Yellow” is an obvious nod to Dutch painted Piet Mondrian.

Zacharevic is cleverly mixing Mondrian’s strict concept with his own cheerful imagery of kids at play, adding a whole new perspective to one of the art classics. The addition of characters playing around these squares and bold black grid, adds more personal, direct feeling to the whole idea, bringing the human element to the work. This idea is emphasized with the recognizable technique of  mixing spraycan lines and drips, with skilled brush strokes.

The print was done at Idem studio in Paris, where Lithuanian artist recently spent couple of days mixing colors and approving test prints, before finally signing the edition of 60 8 color lithographs. The print is scheduled to be released at PrintThemAll.com on Thursday, 27th of November. 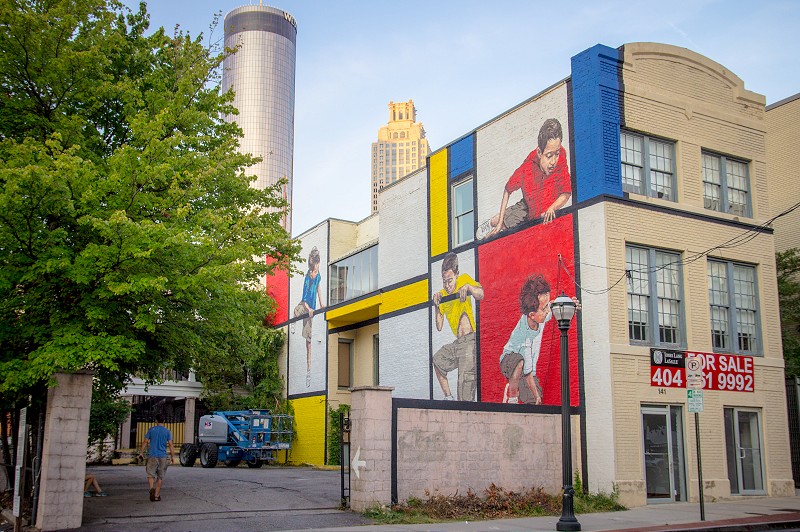 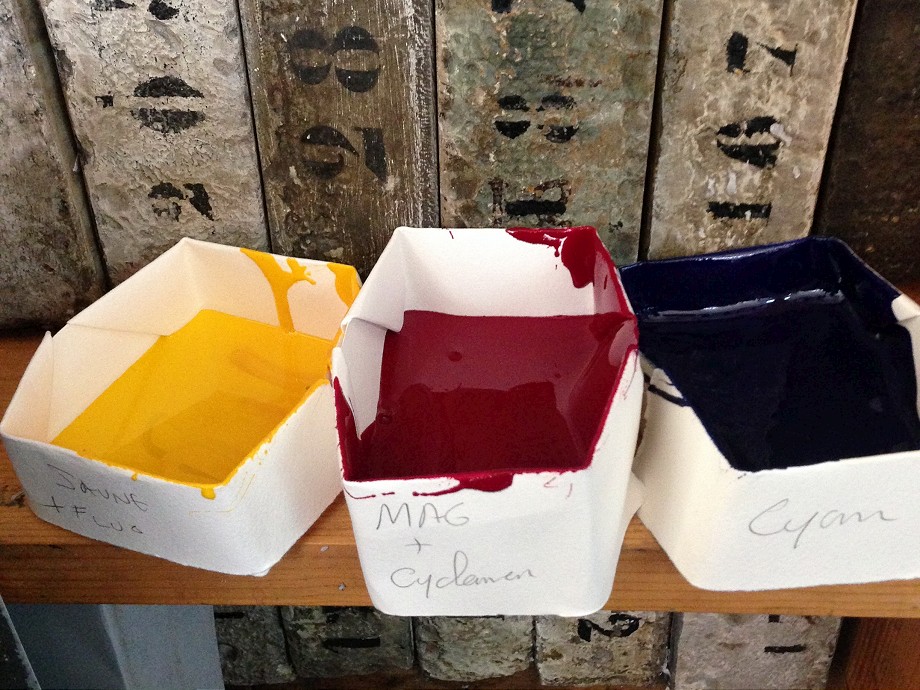 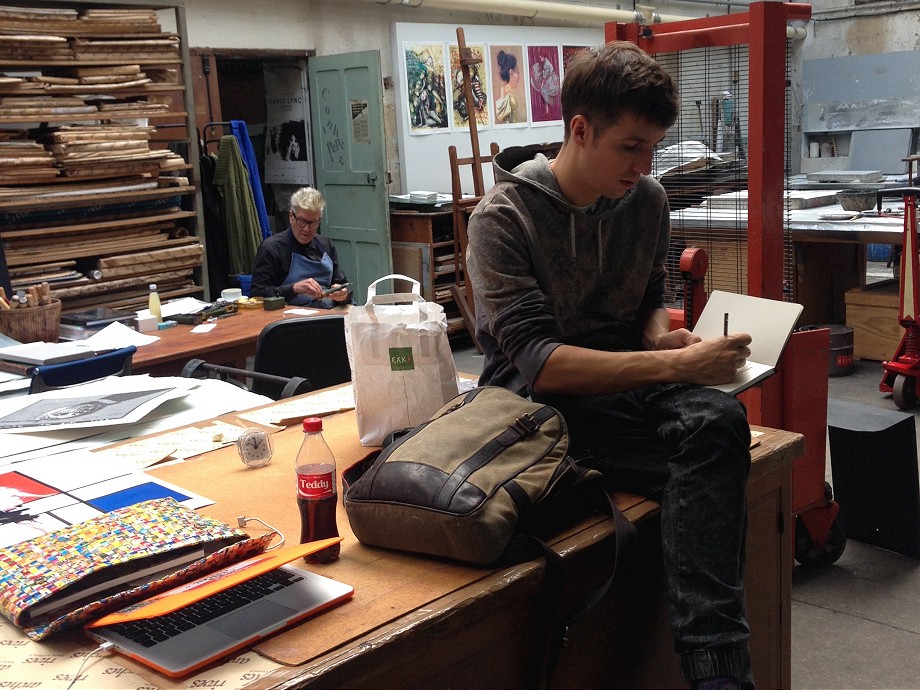 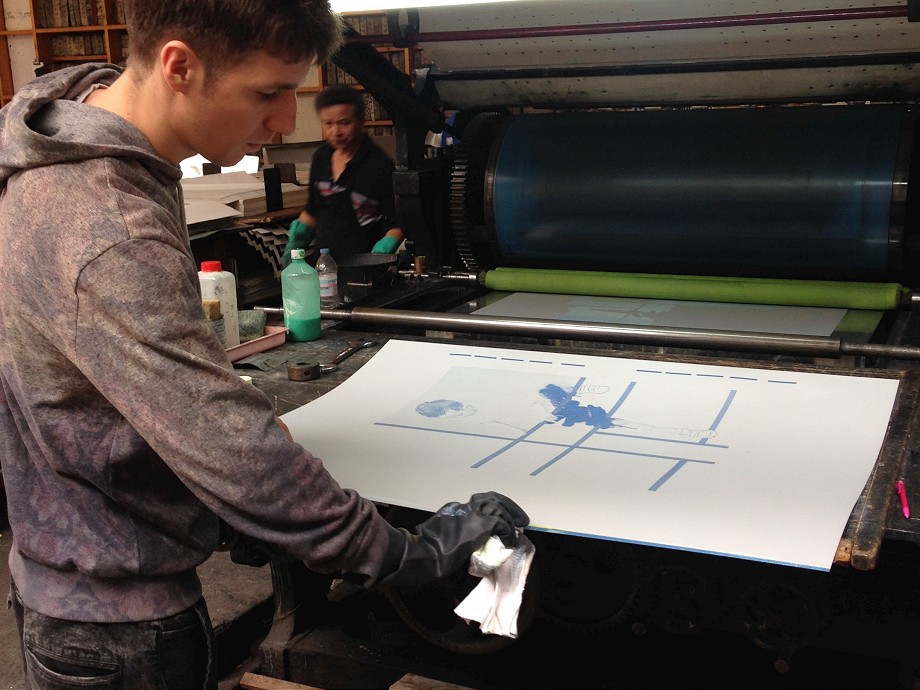 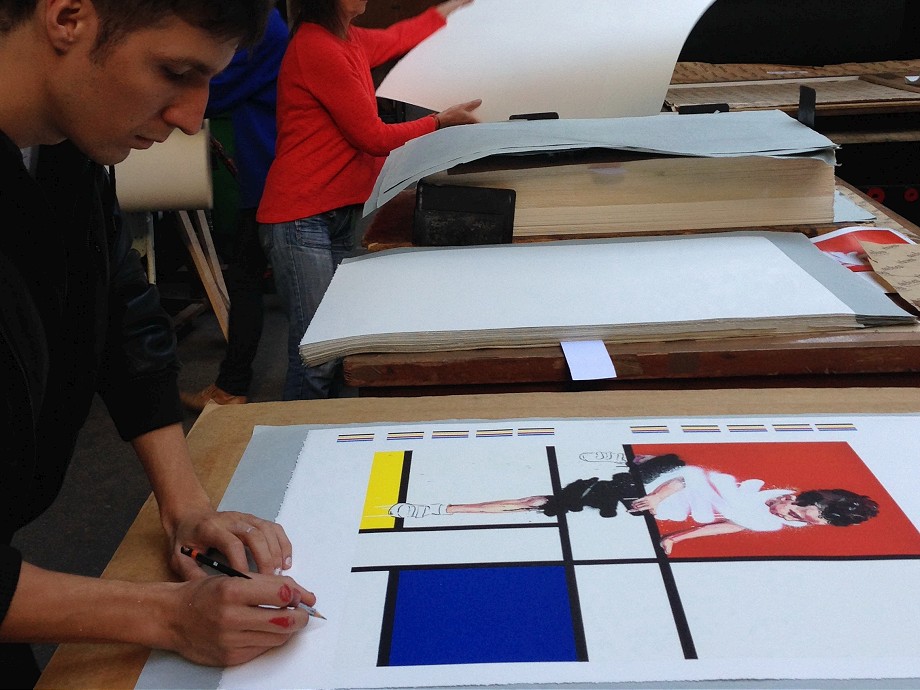 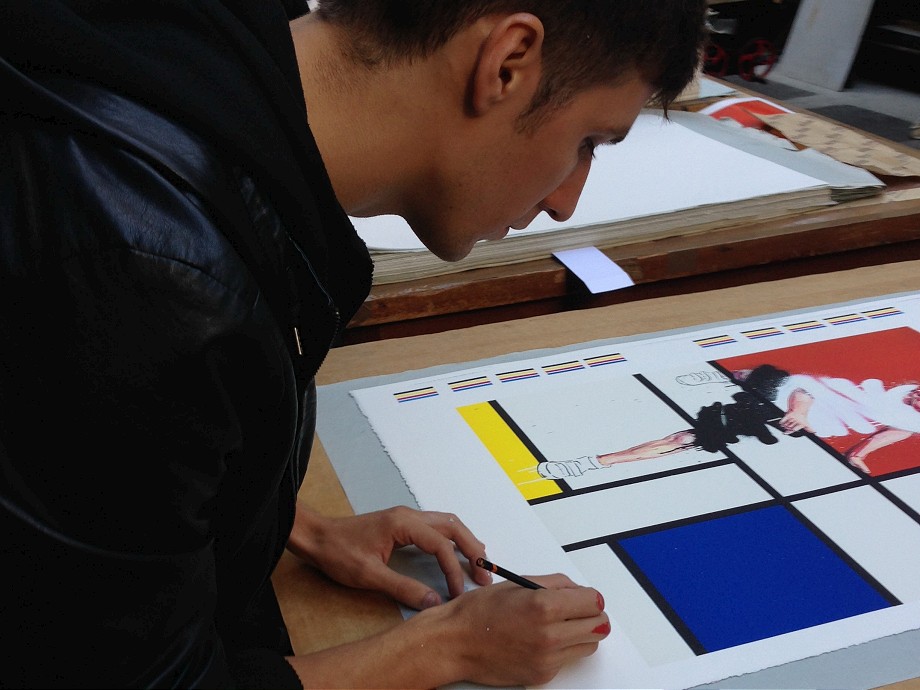