Based on one of his paintings created in 2012, the strong image is showing a massive pile of car tires with one lonely red safety ring among them. In his signature style, the artist is using a smart, simple image to address a large, important issue – ocean pollution and waste disposal. The work was probably inspired by the phenomenon of Osborne Reef, an artificial reef made of over one million car tires off the coast of Florida, but is actually referring to a bigger picture.  The uneven contrast between the abundance of black tires against one bright safety ring symbolizes desperate situation that mankind is in, but also it represents a ray of hope.

This release is an edition of 70 unique pieces, as the artist will hand finish each of the prints with watercolor details. The prints are 2 color hand pulled screens on high quality Schoellershammer 4G, 250 gsm paper measuring 102 x 73 cm (40.15 x 28.74 inches). Each edition is signed and numbered by the artist, has an embossed stamp and is accompanied by Certificate of Authenticity. The prints will be available on Thursday, December 4th at 6PM CET at Pejac.es. 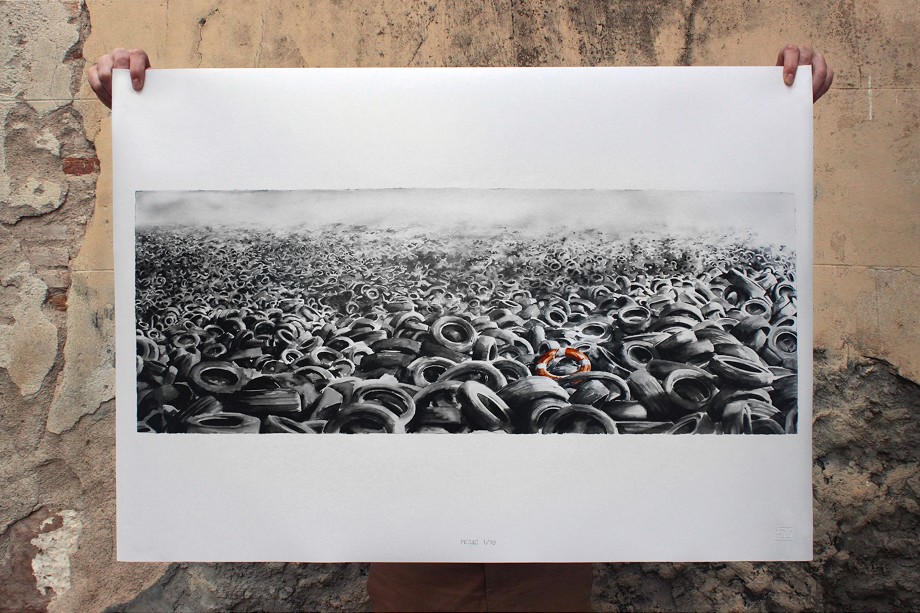 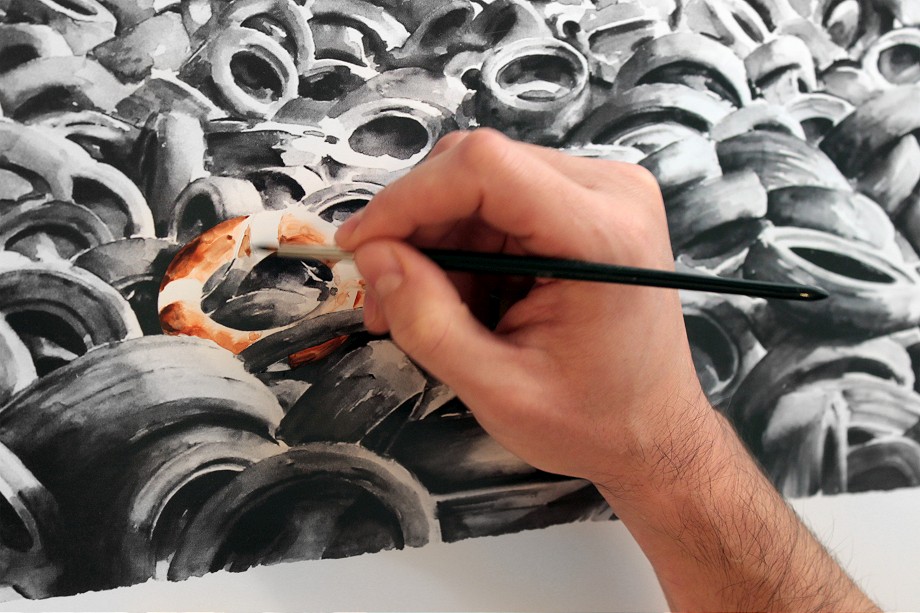 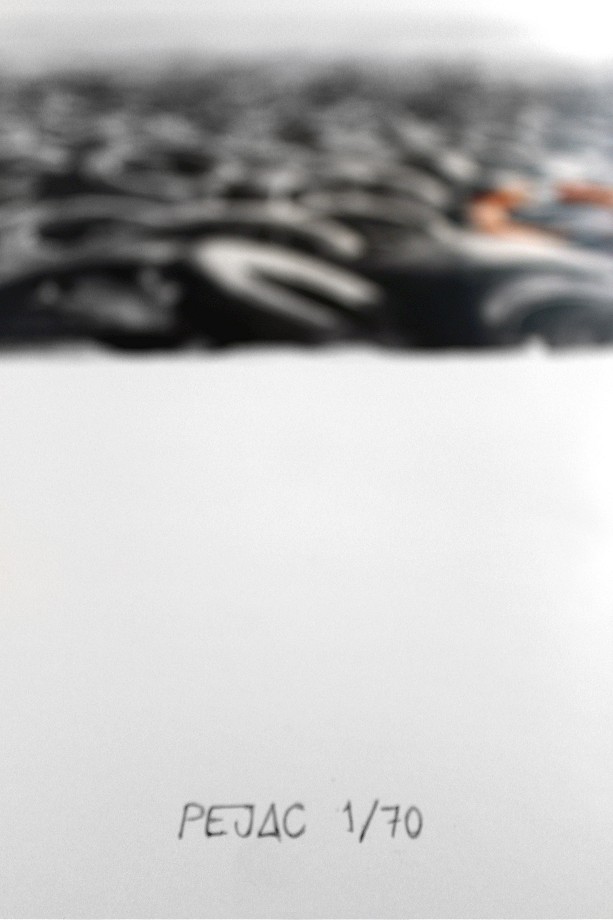 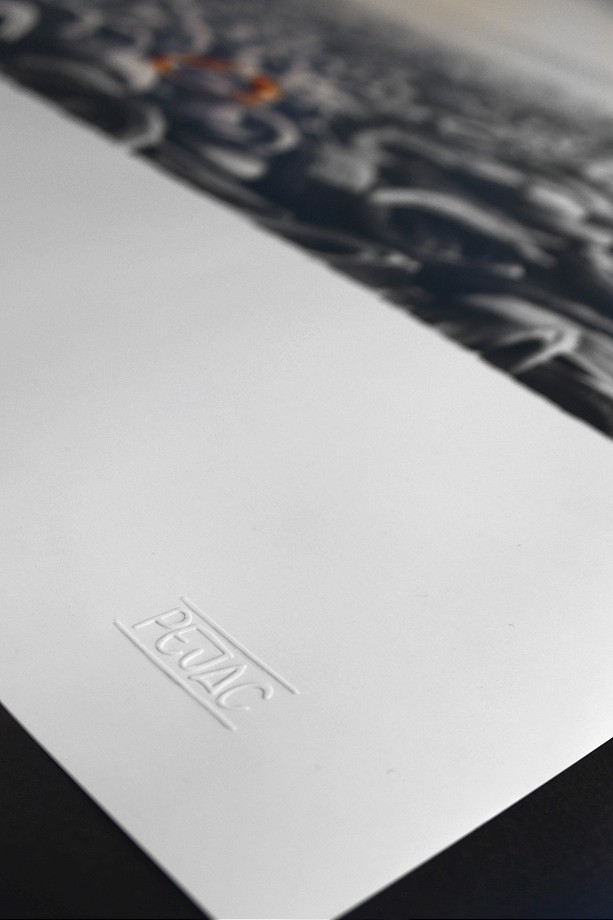 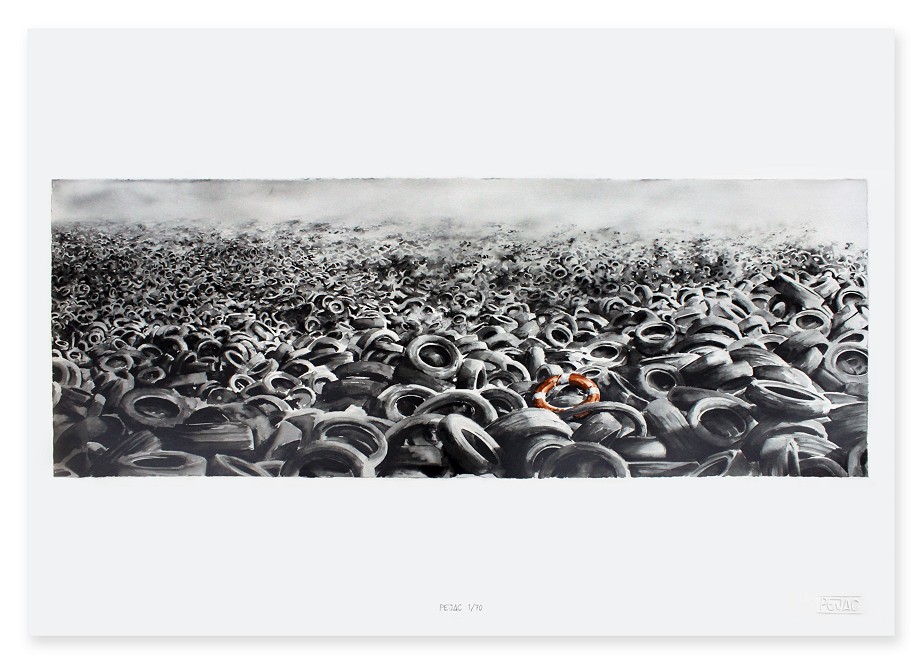