Right after releasing his recent limited edition lithograph (covered), Ludo (interviewed) traveled back to Hong Kong and China, and pasted some fresh works there. Continuing his ongoing Chaos Theory theme with butterflies as a signature character, in Hong Kong he left an image of a butterfly with handcuffs holding his wings along with the Both Sides of a Gun image he introduced in France back in August. These new pieces are probably referring to the  turbulent situation in the country and the clashes of protesters with the police. After HK, he visited Shanghai, where he pasted another two pieces among the ruins of an uninhabited residential building. One featured a robotic looking wasp with a boxer for the wings, and another was a new image of dark star cherries. 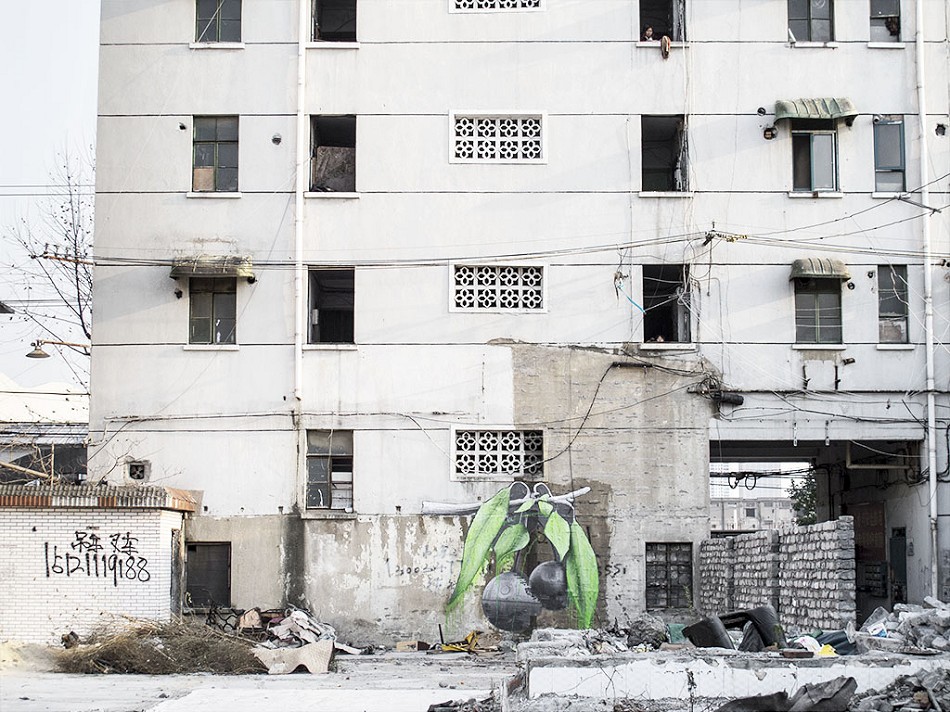 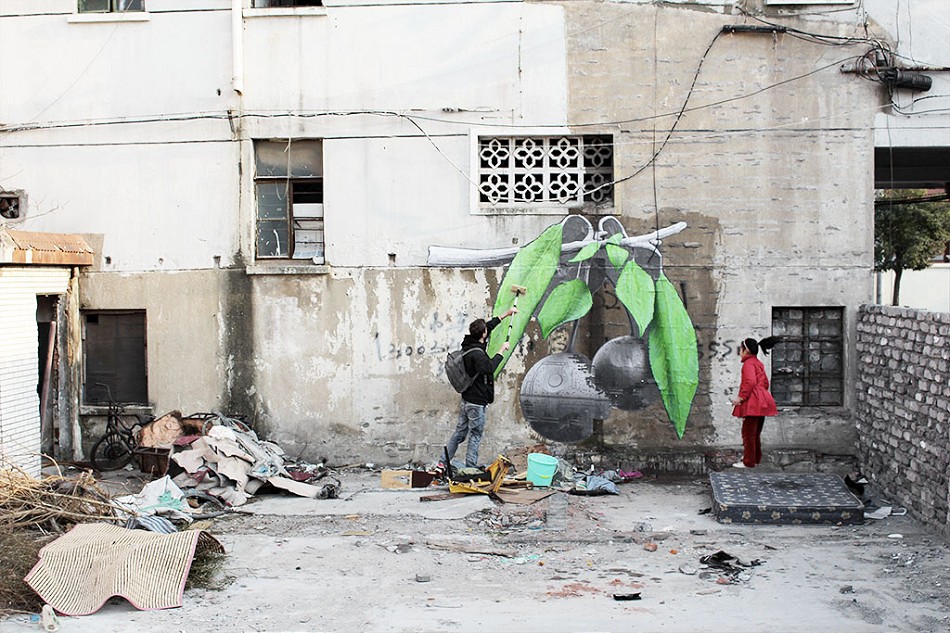 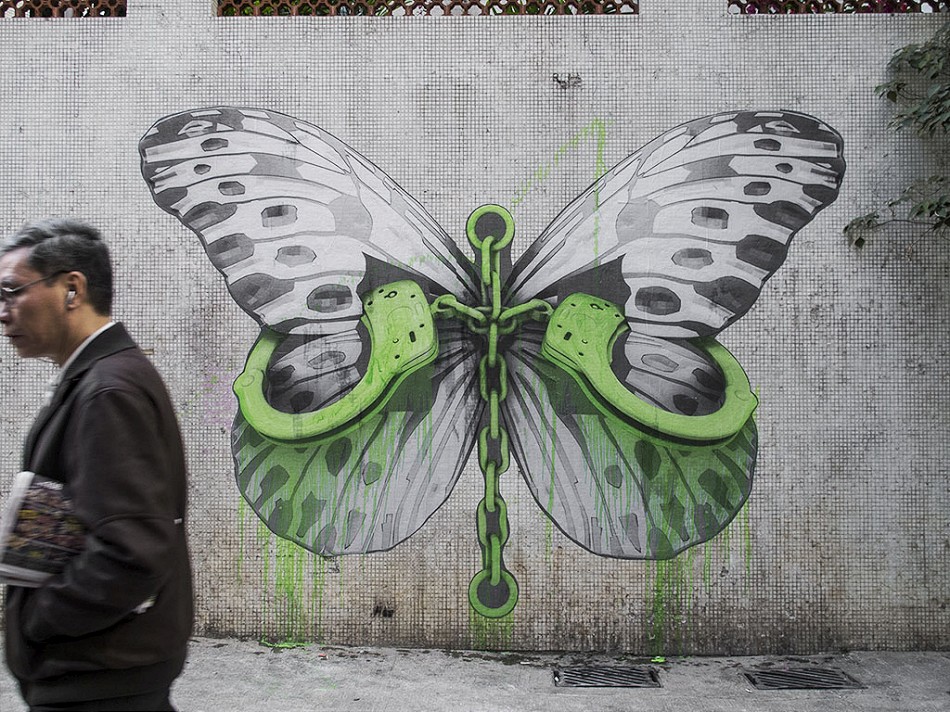 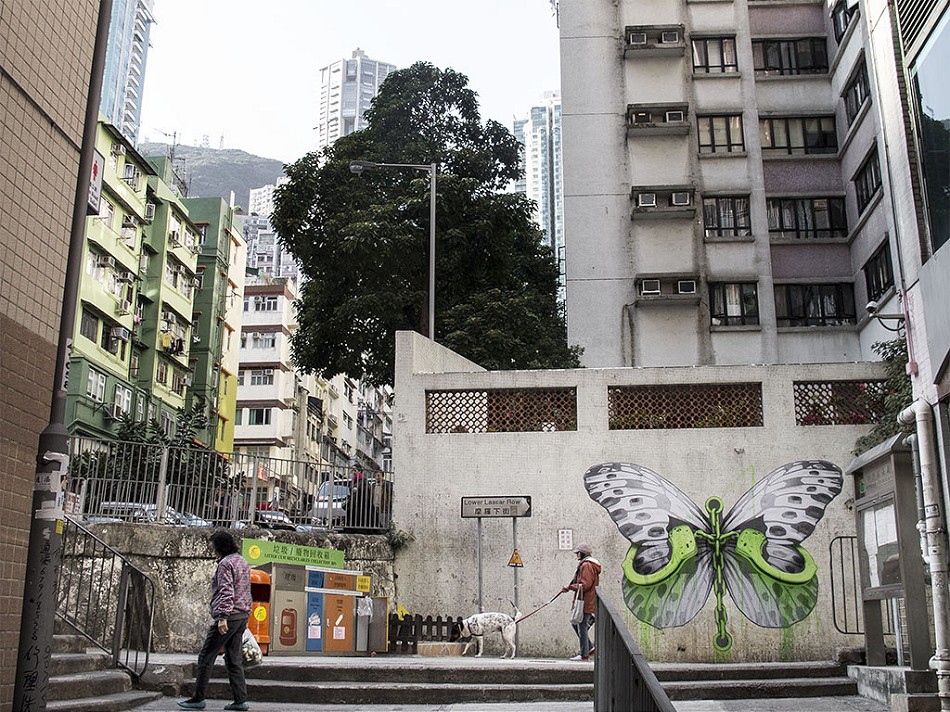 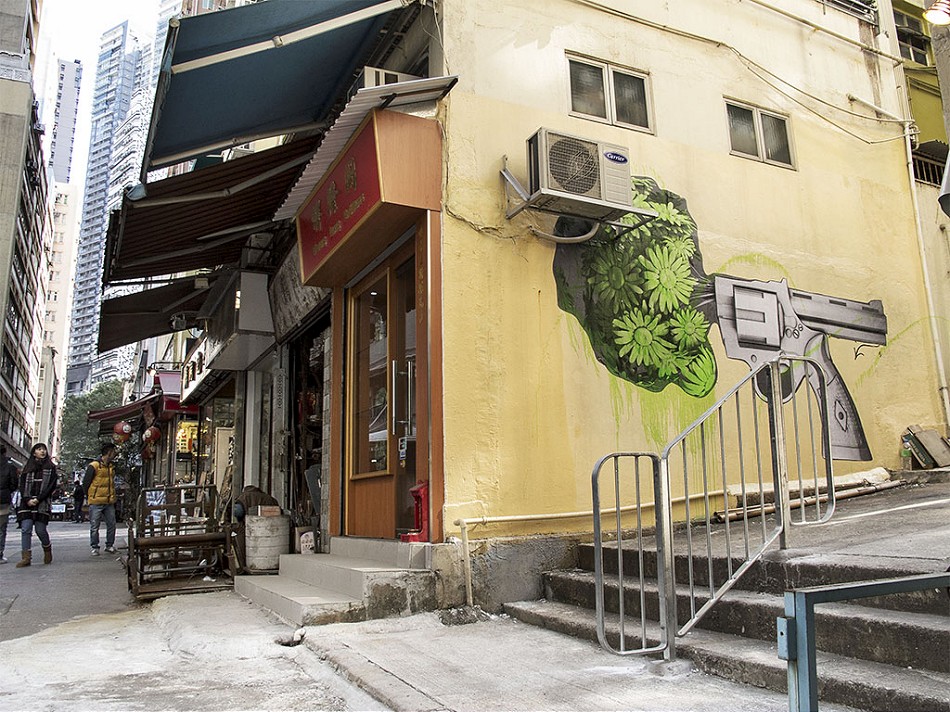 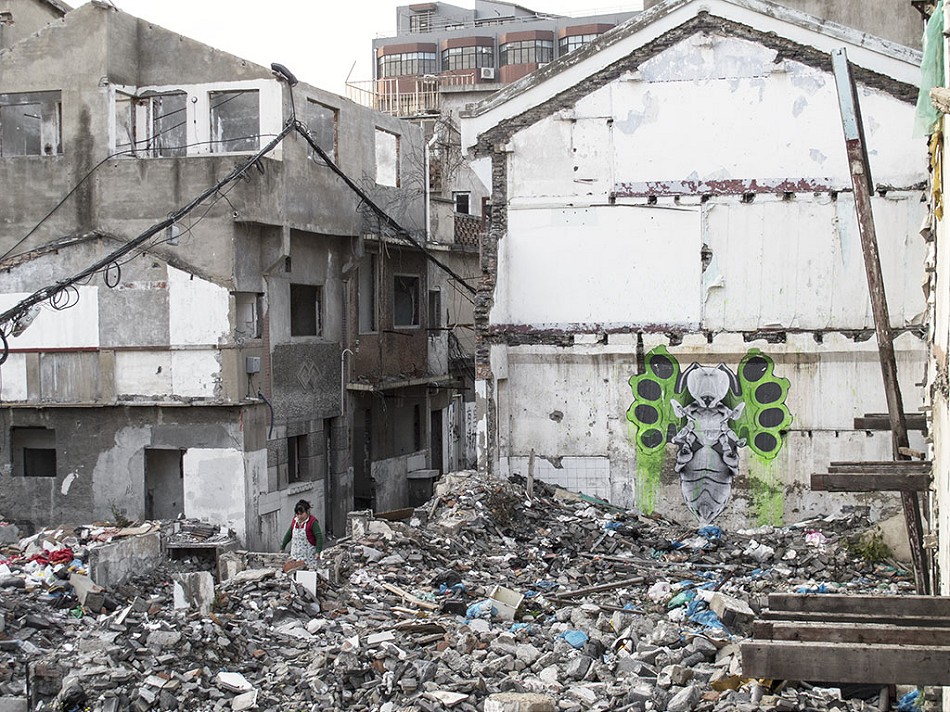 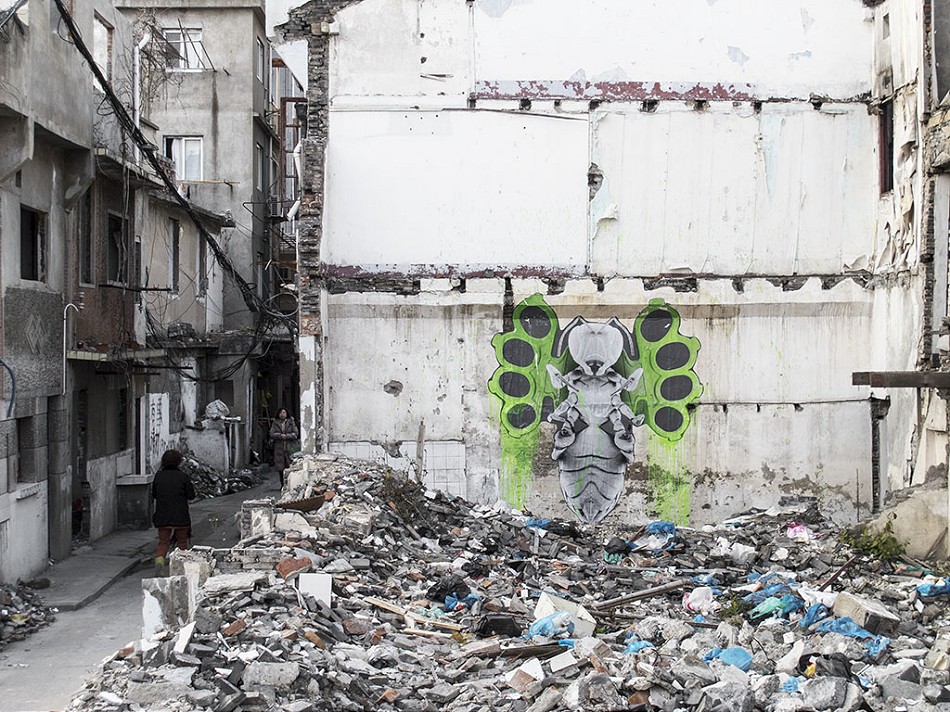