Almost exactly four years since his last solo at the Alice Gallery in Brussels, Todd James aka Reas, is back with his second show titled Pump Pump. Focused on his twisted vision of American hedonistic life style and values, the body of work includes large canvas pieces as well as series of smaller pieces on paper.

While exploring the theme of American stereotypes, shown through the lives of curvy nude blondes, the NY-based artist mixes leisurely scenes with video game elements and heavy metal iconography. This unusual intermingling results in bizarre scenes with fantasy and mythical creatures posing around blonde pinups relaxing with their feline friends. By mixing aggression, weapons and blood with curvy female subjects, comfy armchairs, poolsides and coffee breaks, James creates a unique visual language that balances between relaxing and almost disturbing.

The show opened on the 22nd of January and will stay on view until the 28th of February. 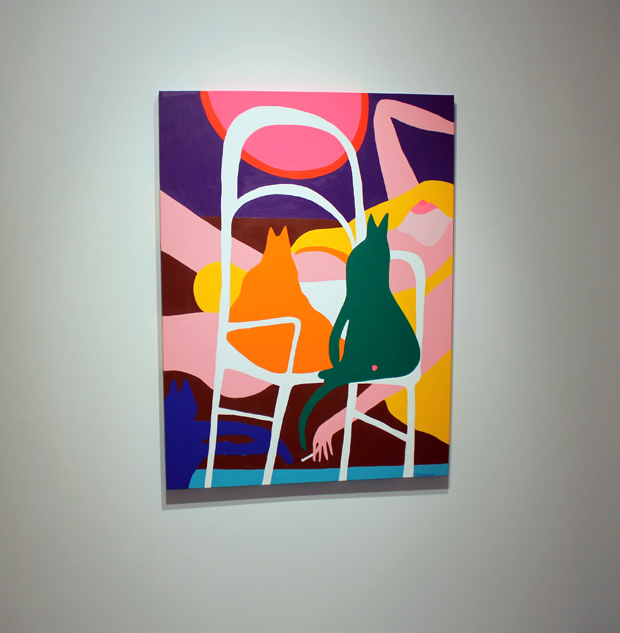 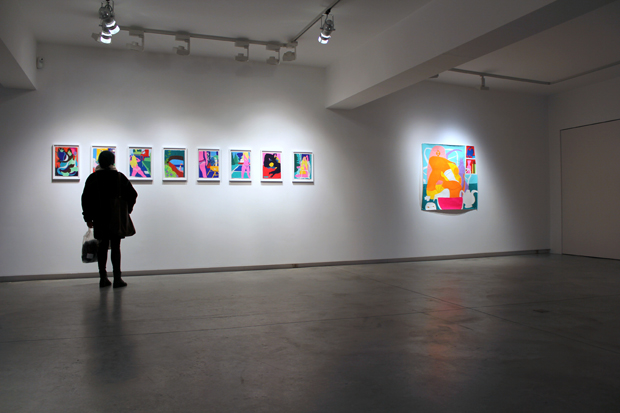 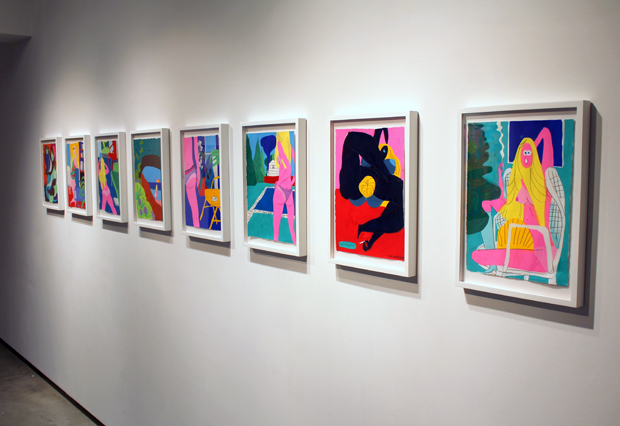 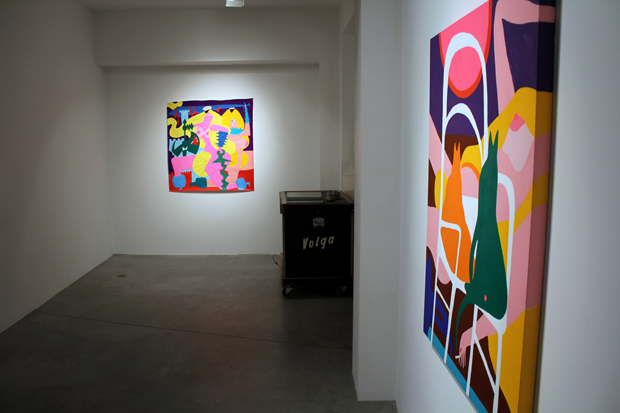 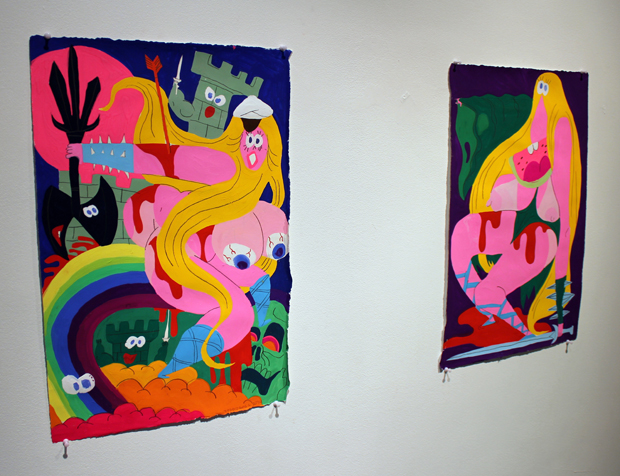 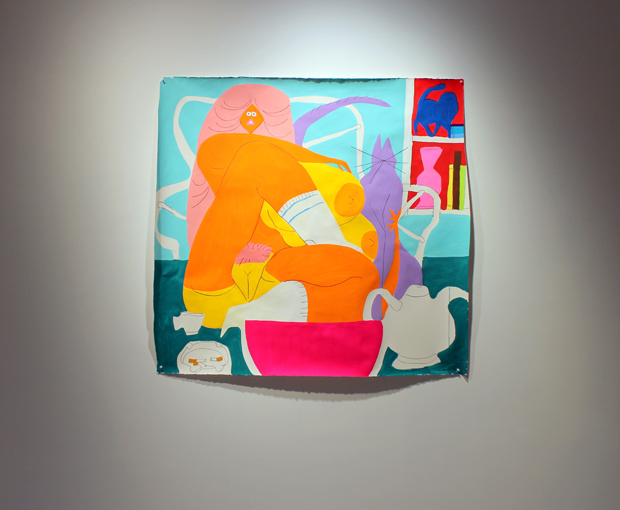 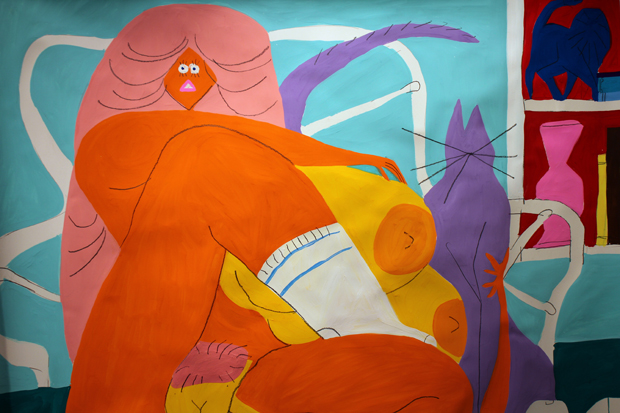 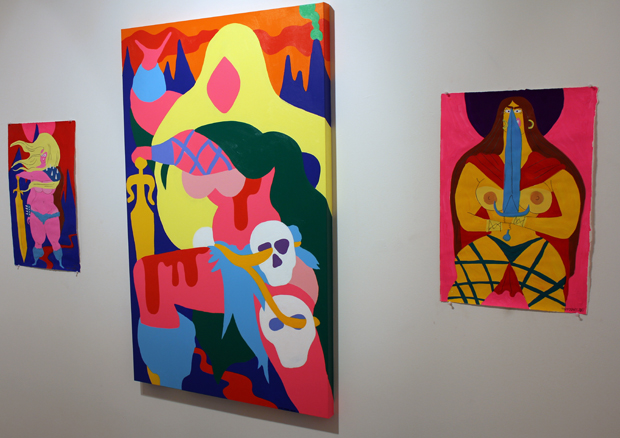