On February 13th, the day before the official closing of POW! WOW! Hawaii 2015 (more coverage here), one of the main partners of the event, RVCA, organized an interesting show at Modern Honolulu, curated by PM Tenore. The visitors had a chance to see the collection of surfboards that surfing superstar Kelly Slater and RVCA artist Kevin Ancell collaborated on.

This idea initially came into focus after watching the movie Blackfish and seeing the wild captures, captive breeding and sad life of majestic Orcas in marine mammal parks. The whole experience inspired Slater to paint his boards to mimic Orcas markings and help raise awareness about the issue through it. After discussing this idea with Ancell they came up with an idea to paint the boards using tags, and in particular the infamous DFW tag. The boards created through this project are used as plaques to honor the people and whales that are affected with this issue and inspire others to join the #FreeTheFuckingWhales initiative. 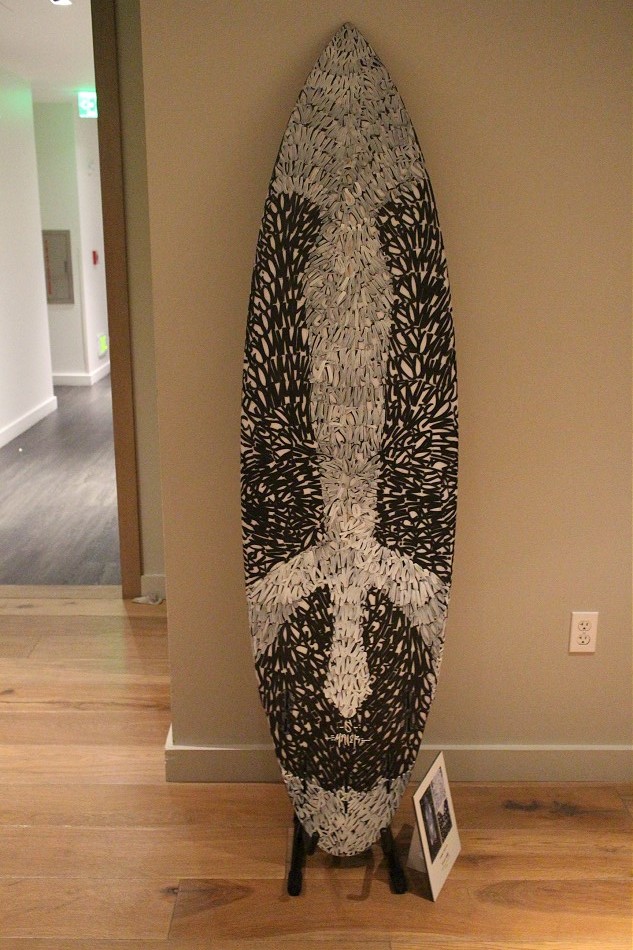 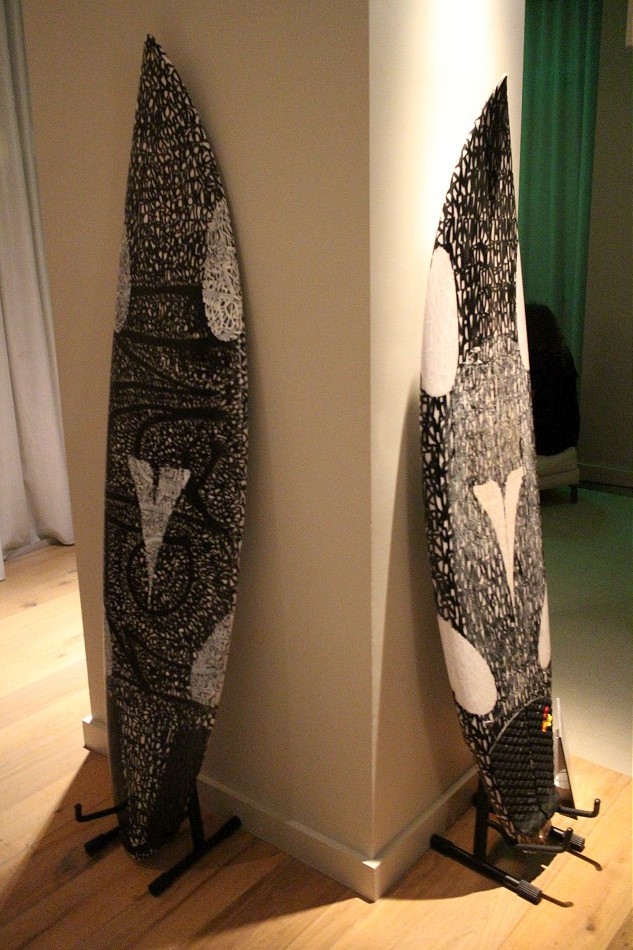 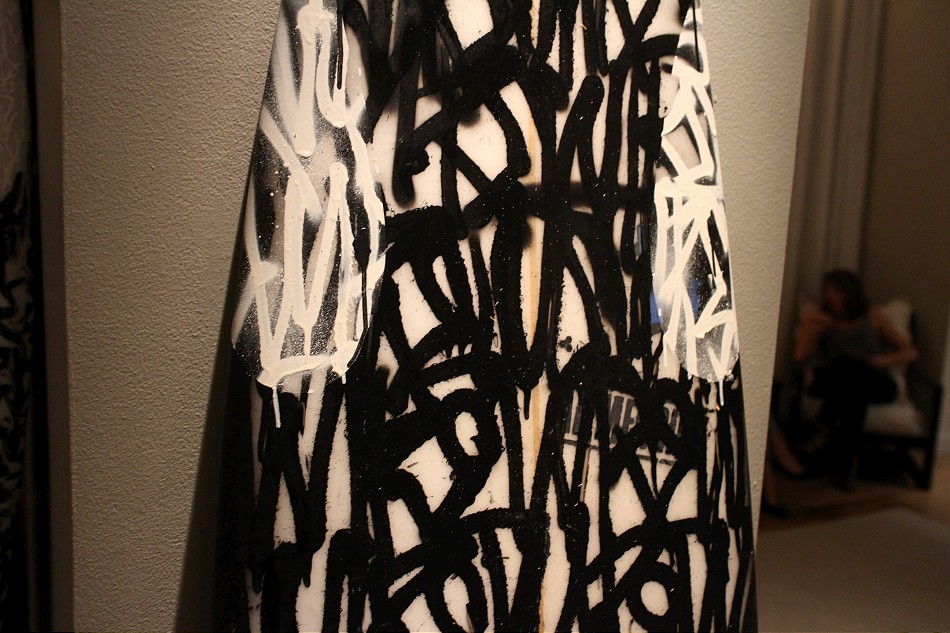 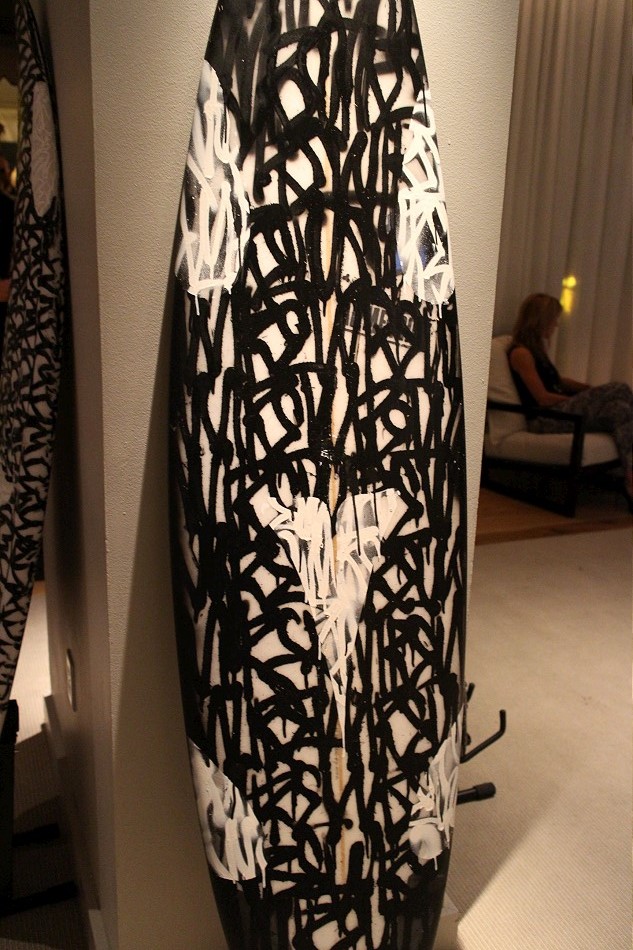 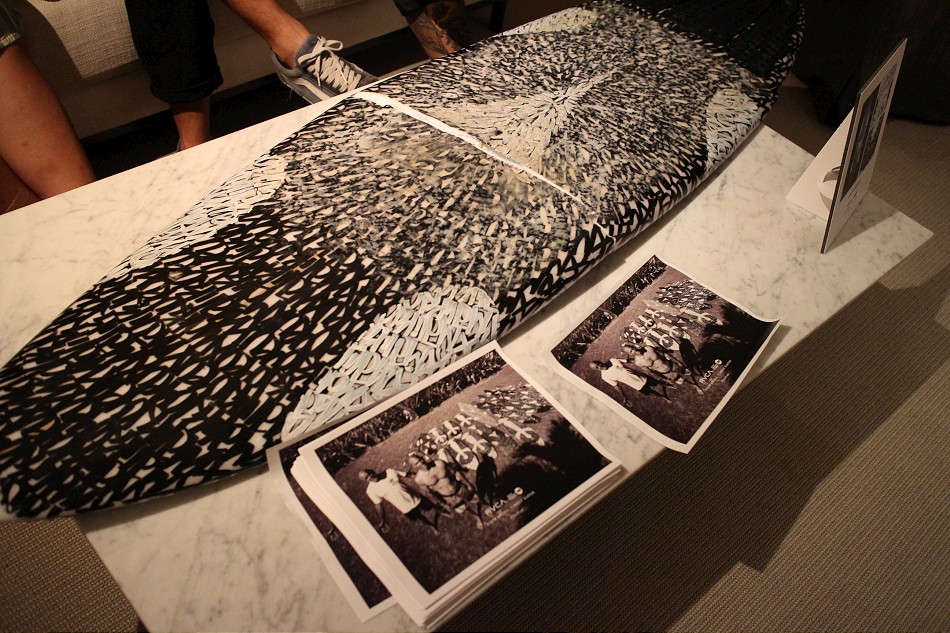 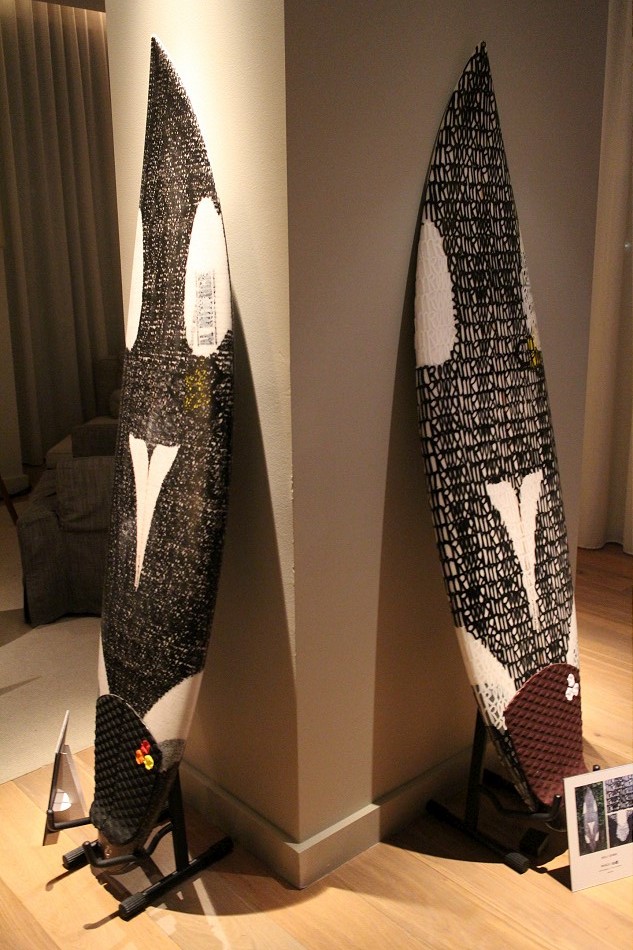 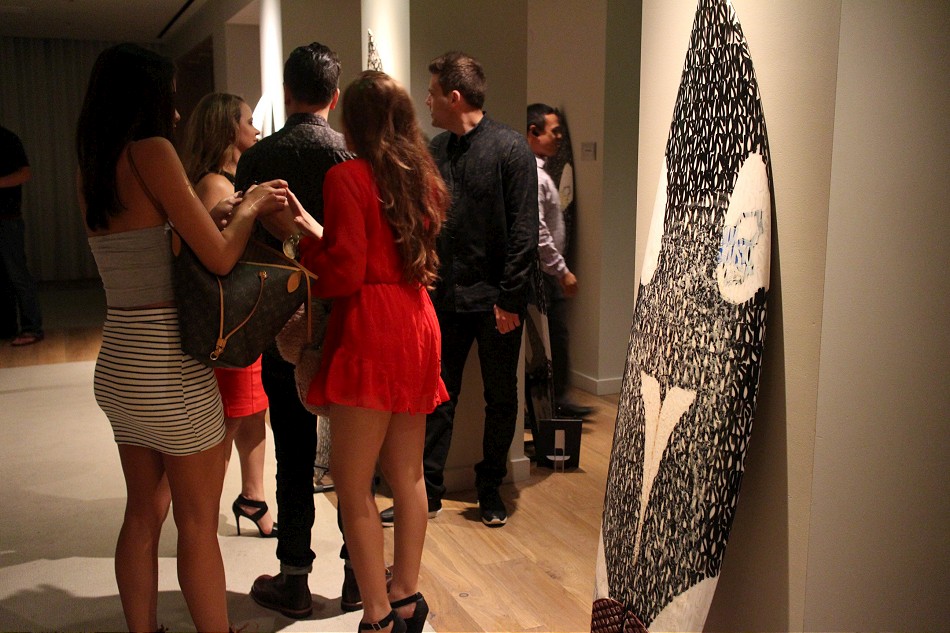 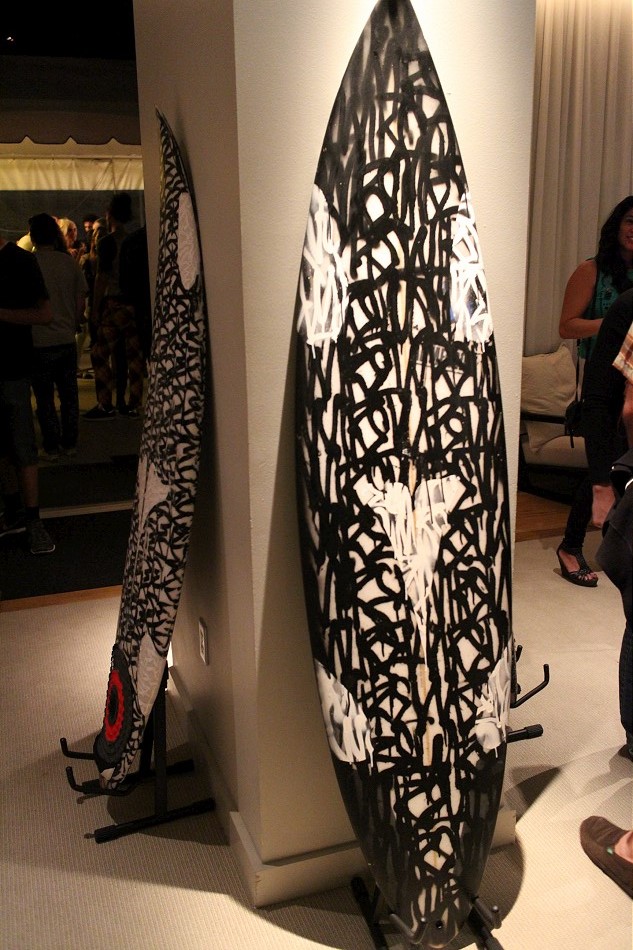