Lisbon-based art platform Underdogs are continuing their program of collaborating with some of the world’s best young street and urban art talents. After recently working with Nunca on creating a mural and releasing a limited edition print (covered), they recently invited another Brazilian artist, Raphael Sagarra ‐ Finok. During his stay in Portuguese capital, the Sao Paolo-based artist painted a large mural, released his first limited edition lithograph, and opened a solo show on January 30th.

Known for his flat imagery based on traditional elements and symbols from rich Brazilian culture, Finok further explored the possibility of combining traditional and folk with contemporary and urban with this show entitled O Enterro do Galo (The Burial of the Rooster). Through these works, the artist is also exploring and paying respect to the connections and traditions that are shared between Portugal and Brazil.

The result is an impressive installation consisting of only large scale works and intallations. The big exhibiting space is broken up by the four huge lanterns that dominate the show, all created using Finok’s preferred colors – green and red. One of the walls features a large cluster-like piece consisting of two parts. These two separate fragments are filled in with numerous wooden tear shaped characters that he has been spraying and creating both on the streets of his hometown and his gallery works. Opposite of that are three large mixed media works, all created and painted again using a signature color palette. Finally, the biggest install of the show is an elaborate installation in the back, created in a way so it looks like the colorful kites are taking off into the skies. The kites or pipas are a recurring element in Finok’s work and represent the innocence of childhood in Brazil as well as the creative force that is put into making these hand crafted toys. 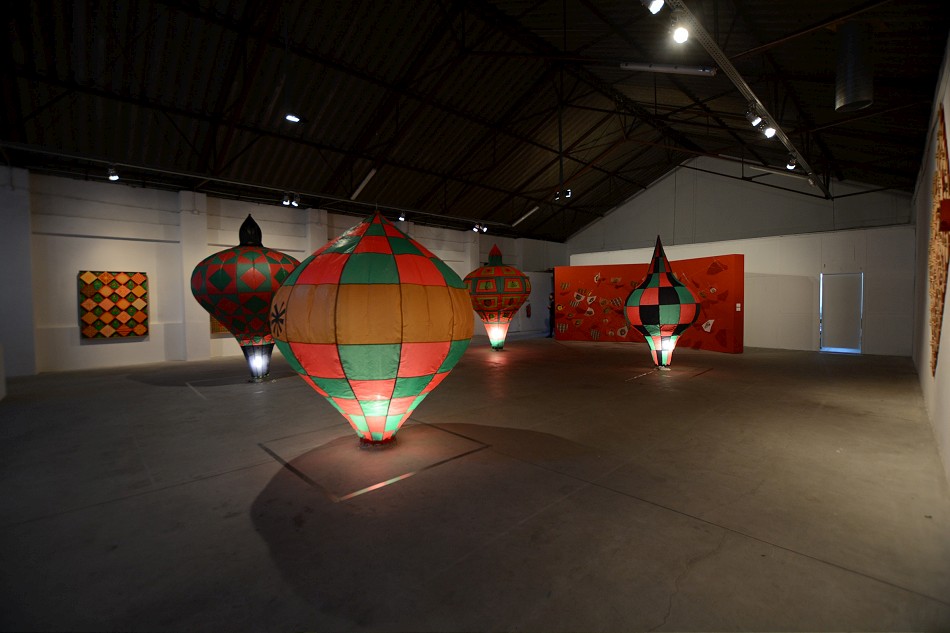 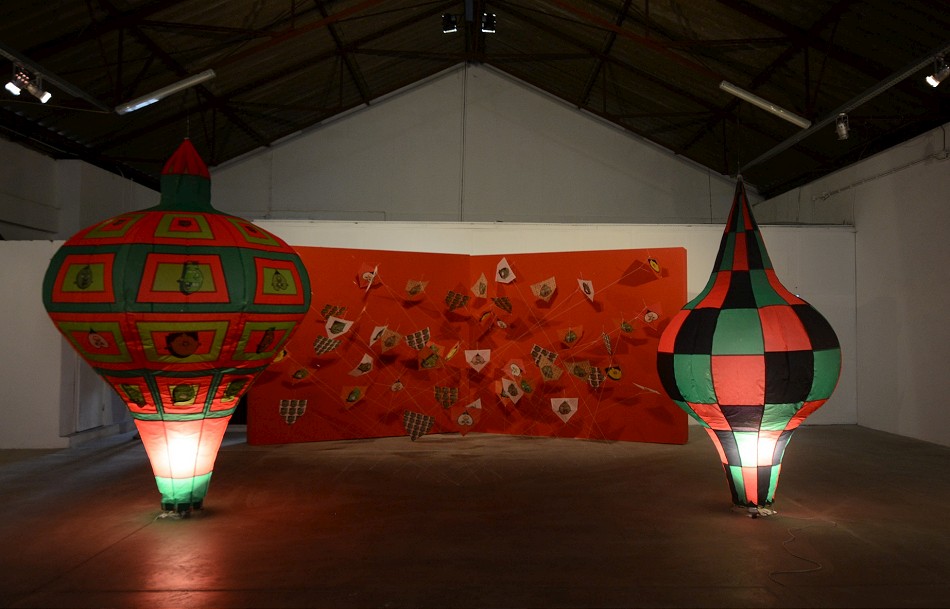 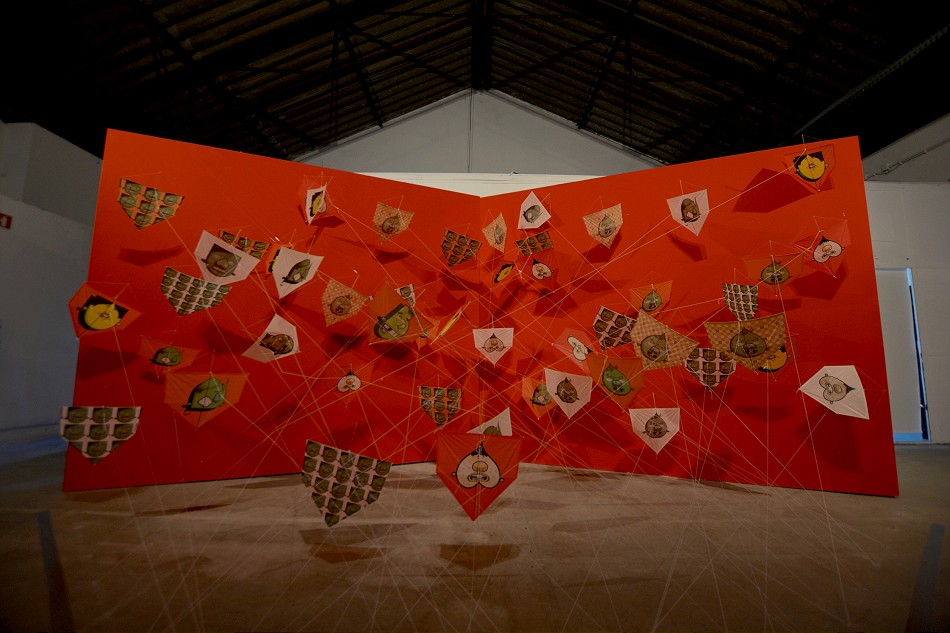 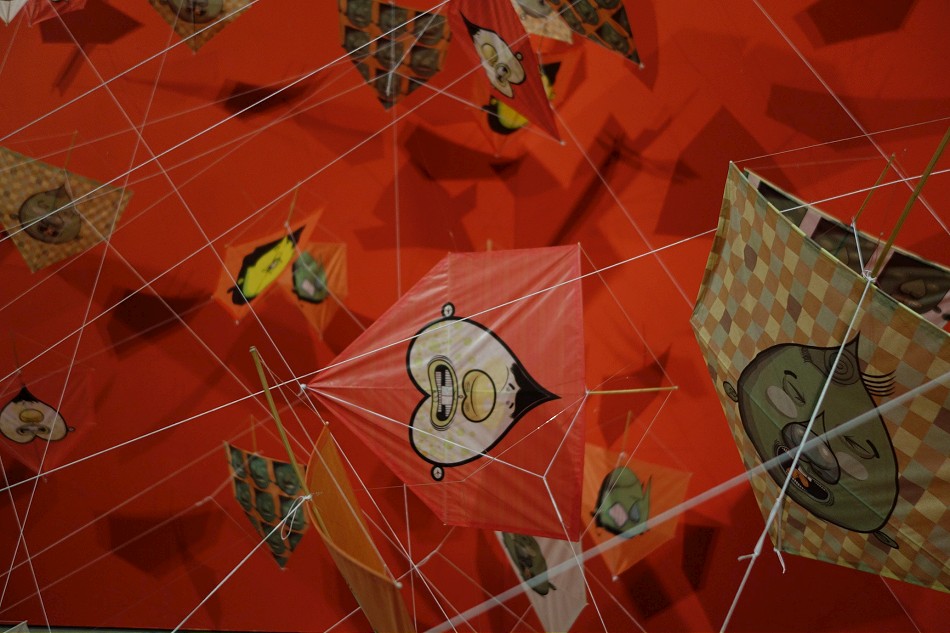 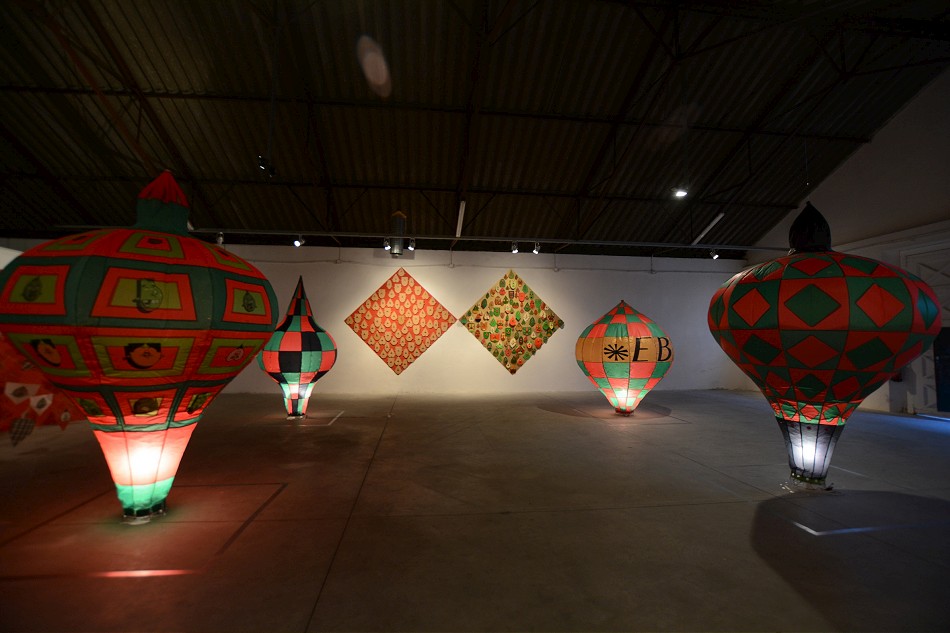 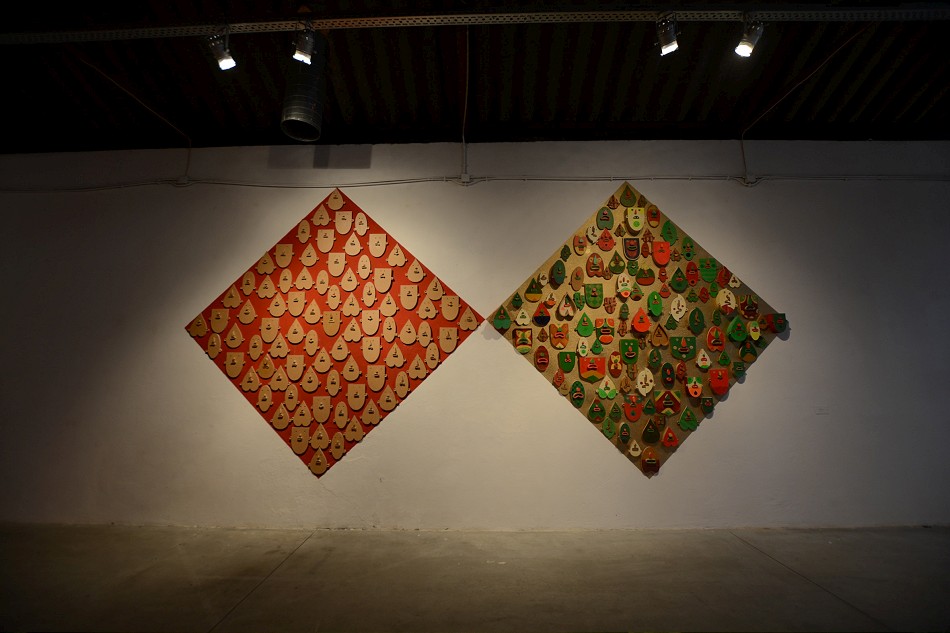 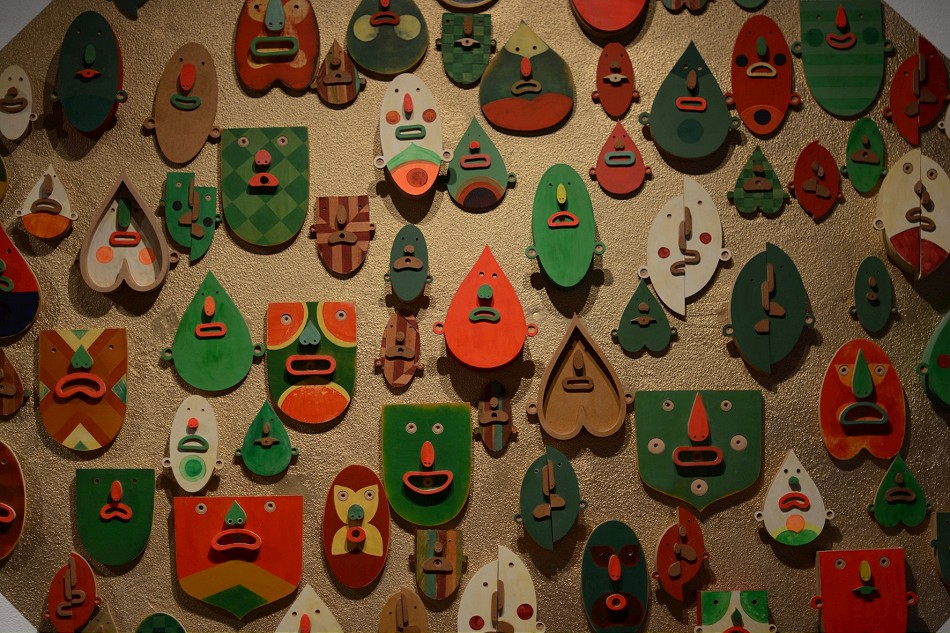 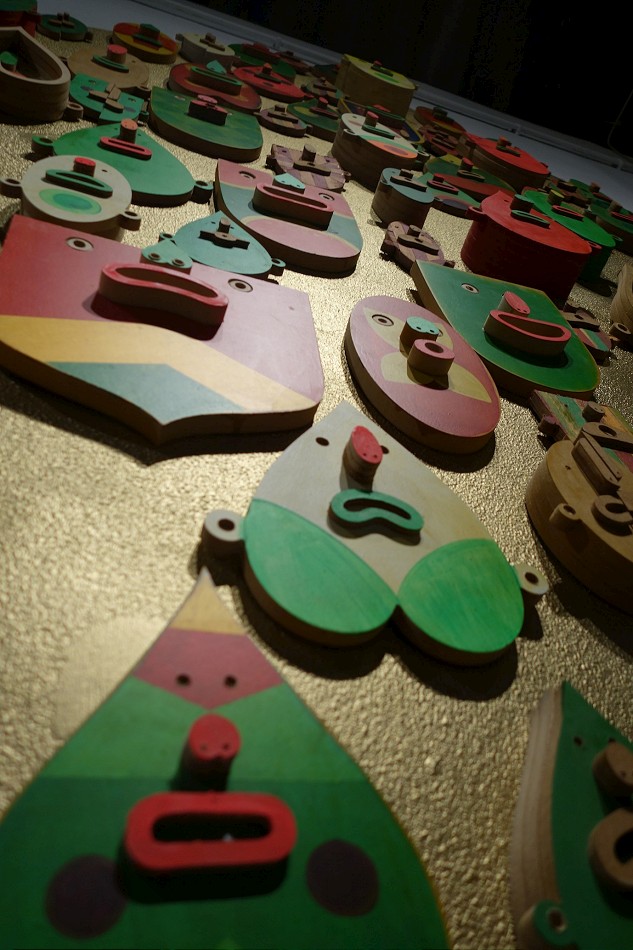