Ludo (interviewed) is currently in Shanghai, putting the final touches on the works for his upcoming solo show opening on March 21st at Magda Danysz Gallery, Shanghai. Fly Me To The Moon is a project that includes works that the young French artist worked on during his visits since November 2014 until March 2015.

During these visits he pasted many street works around Shanghai and Hong Kong, soaked in the visuals and the energy of the locales, but also collected materials for producing gallery works. His signature imagery of nature-robotic creatures fits in perfectly with the grey, concrete environments of these bustling metropolises. The new exhibition will feature a series of works on canvas created around a recurring pattern, sculptures, and a video about his adventures in Shanghai. Also, as a true reveal of his process, his Chinese debut show will include a presentation of his “works in progress.” Aside from finishing his show pieces, he recently pasted a new series of “war bugs” around the city, as well as visited HK for their Art Basel week and left few public works there as well. 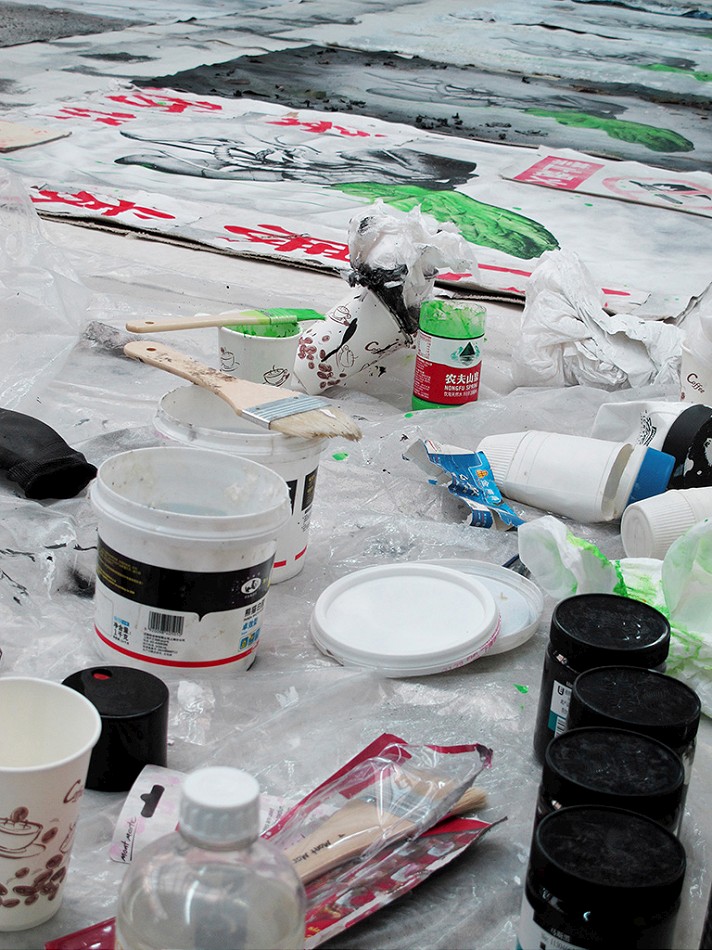 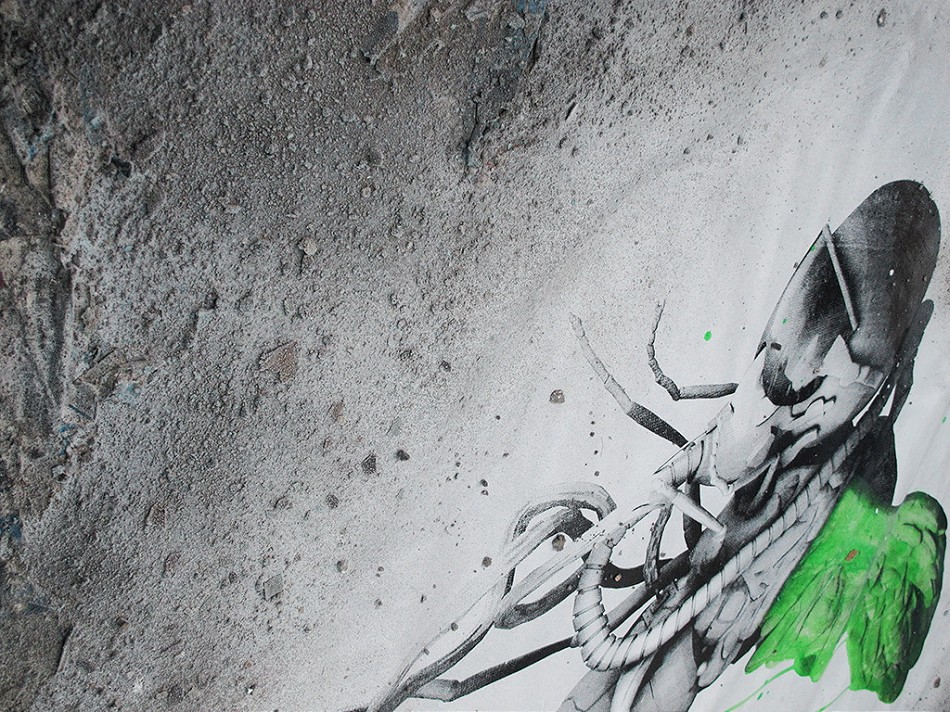 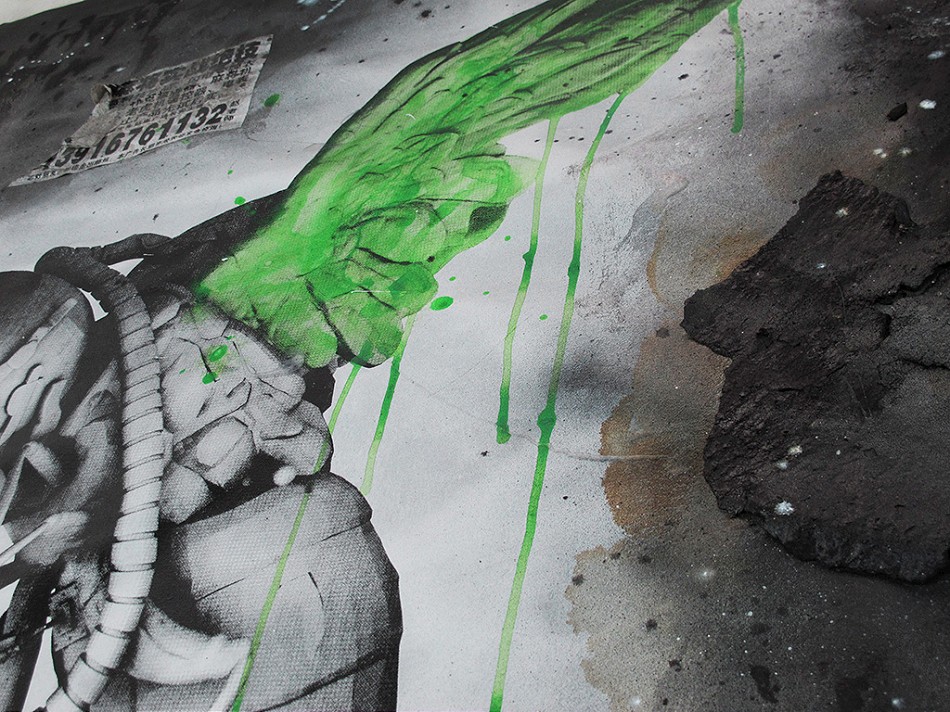 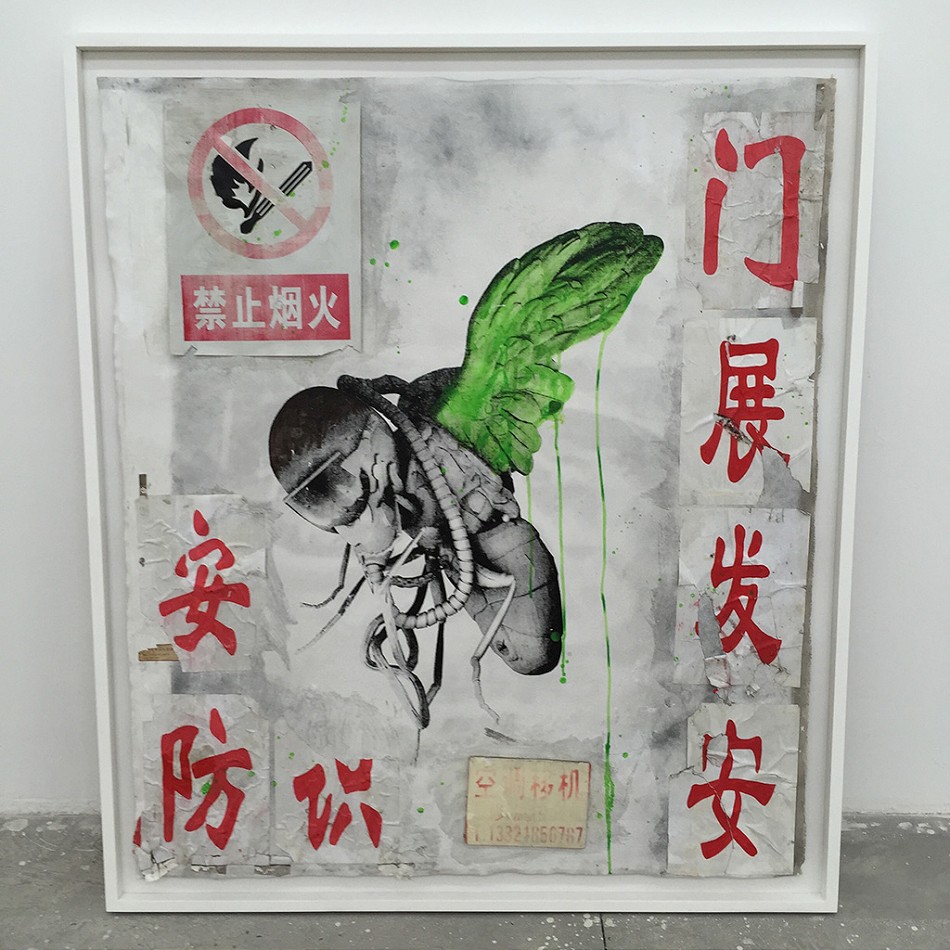 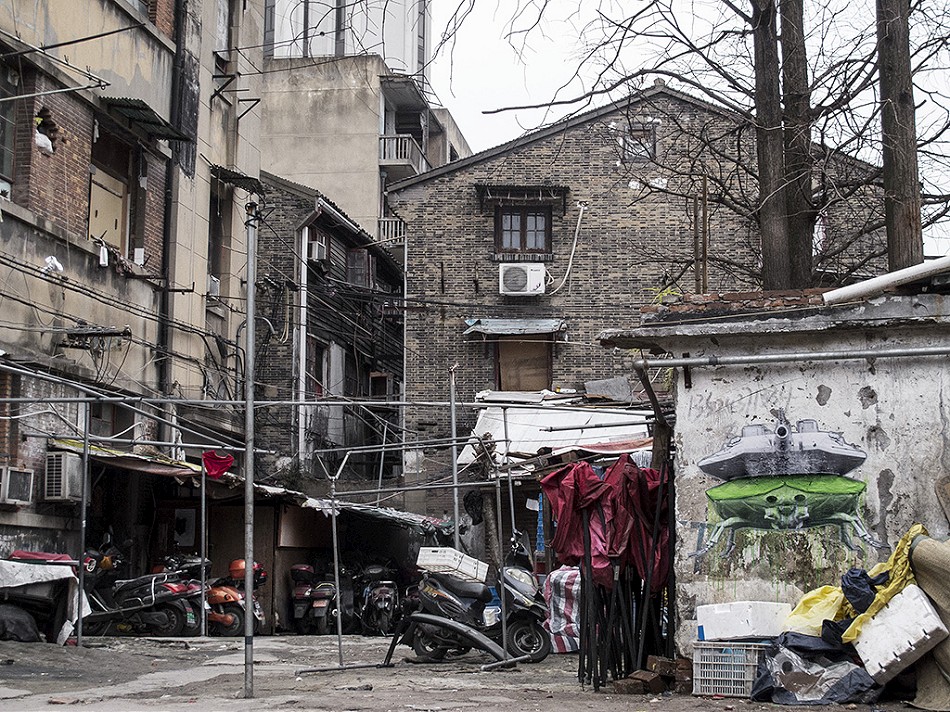 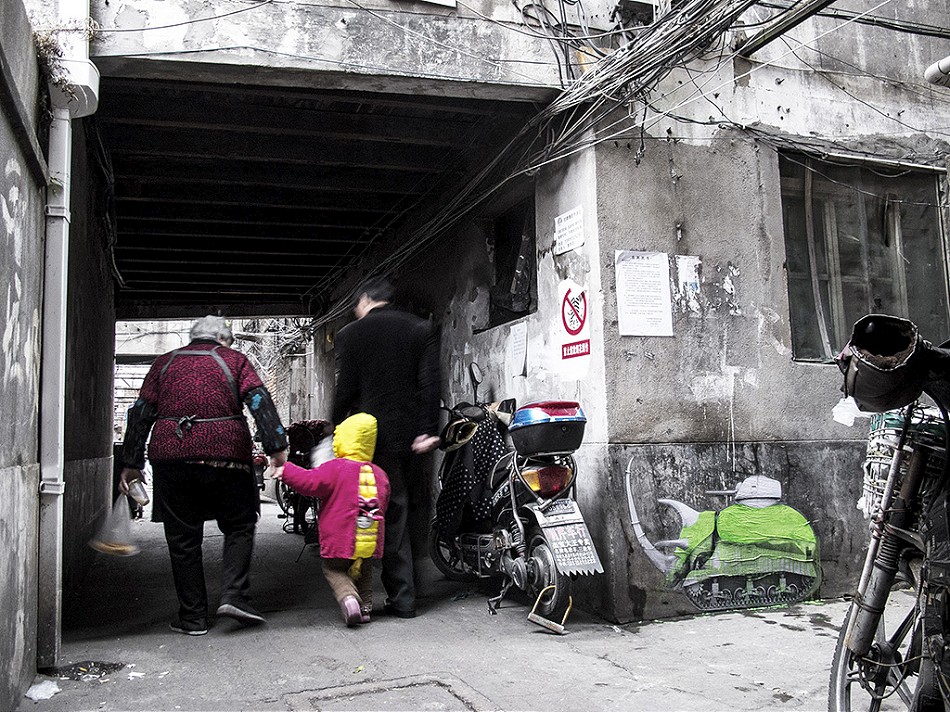 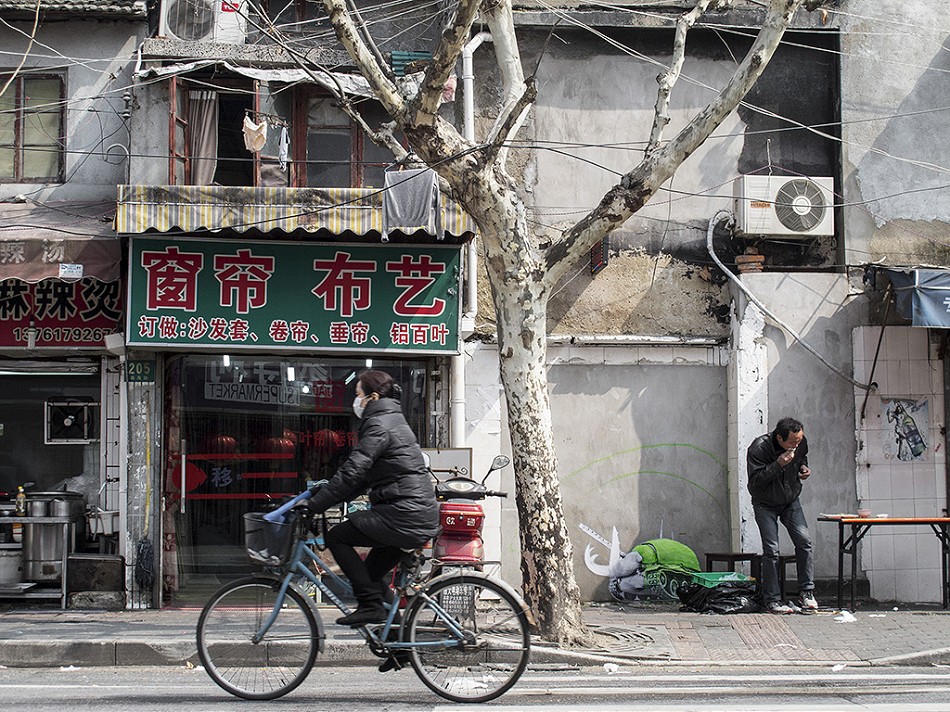