On Friday, March 3rd (2PM GMT), PrintThemAll.com will be releasing a limited edition by Sowat, one of the members of the French graffiti crew, DMV or Da Mental Vaporz. Titled Ars Longa Vita Brevis, the four color lithograph will be released in conjunction with his upcoming solo show coming up with Richard & Lefeuvre Gallery in Geneva on the 23rd of April. As with all of their prints, this was produced at the Idem studio in Paris, and will be released in a very limited edition of only 50 pieces. The edition comes signed, stamped and numbered on a 72 x 72,6 cm on 270 gr BFK Rives paper and features Sowat’s signature calligraphy-based imagery. 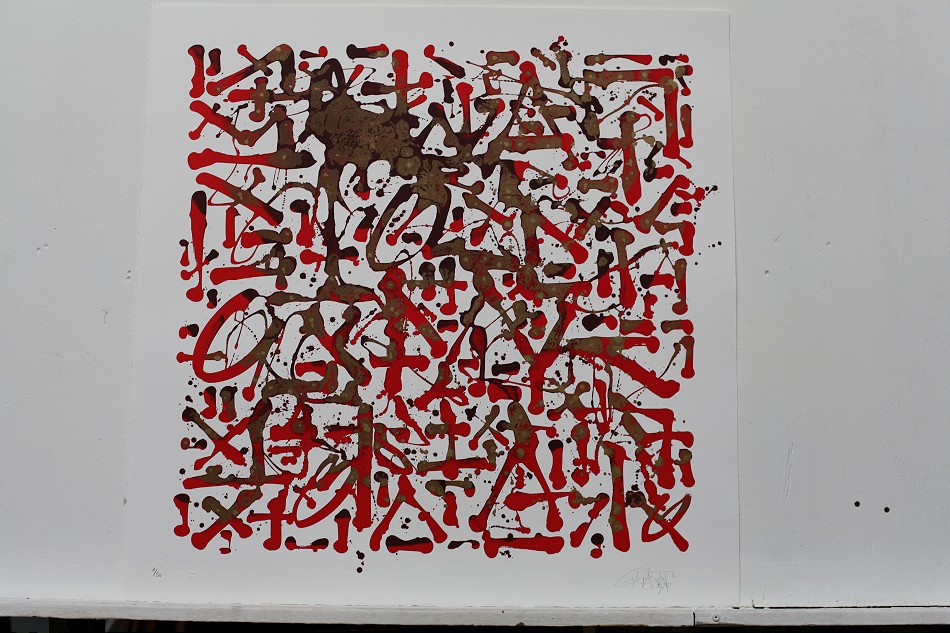 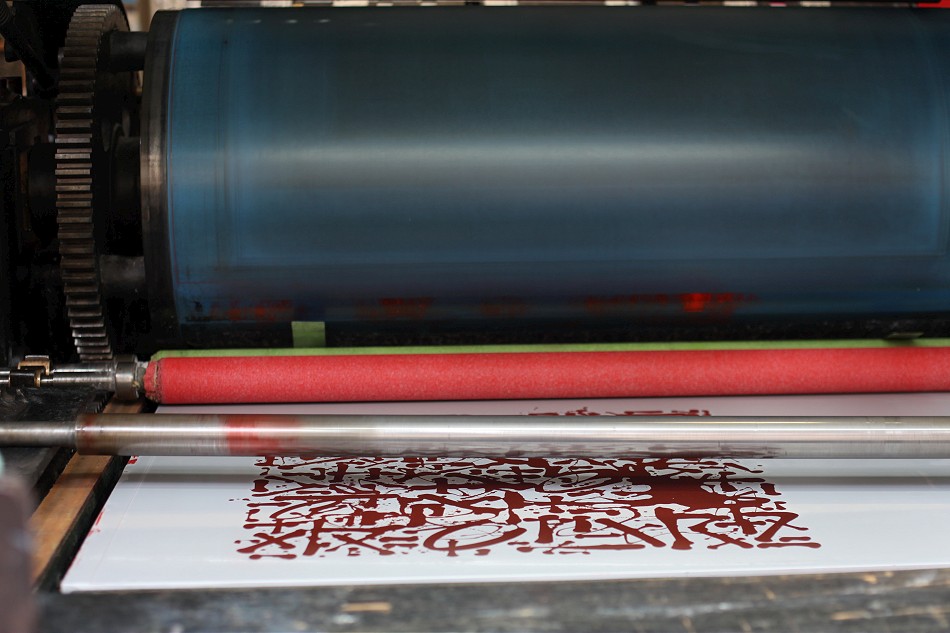 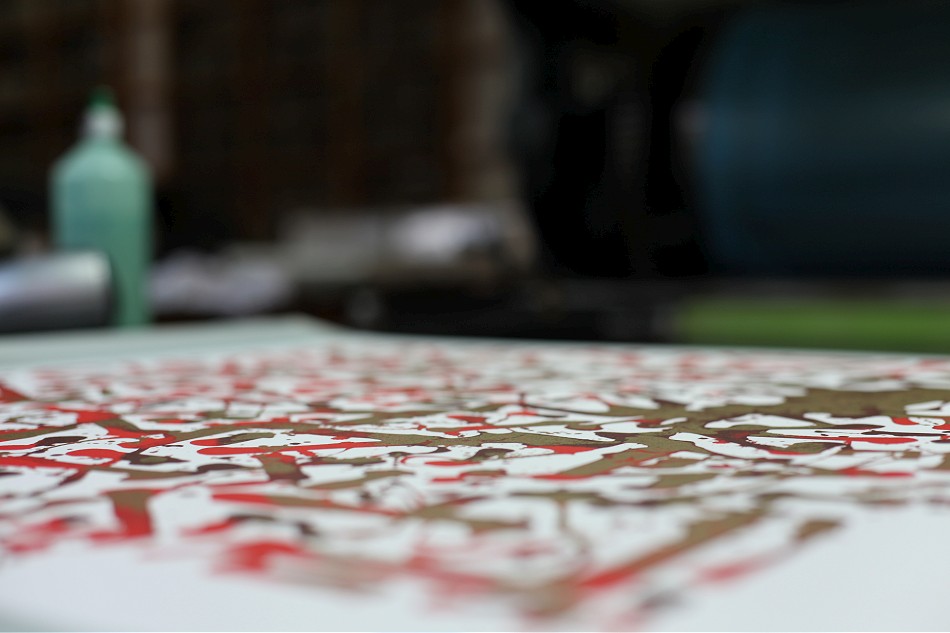 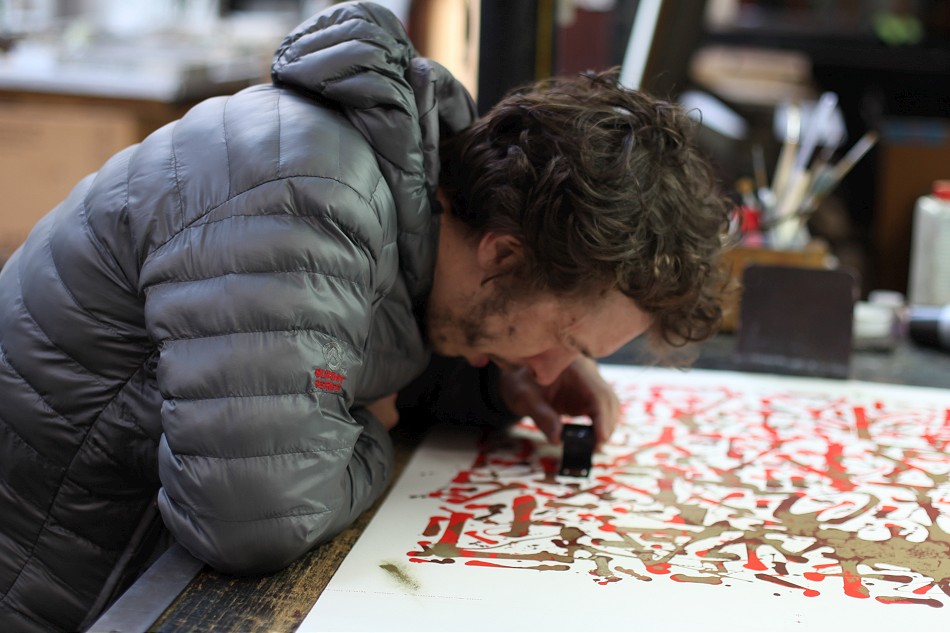 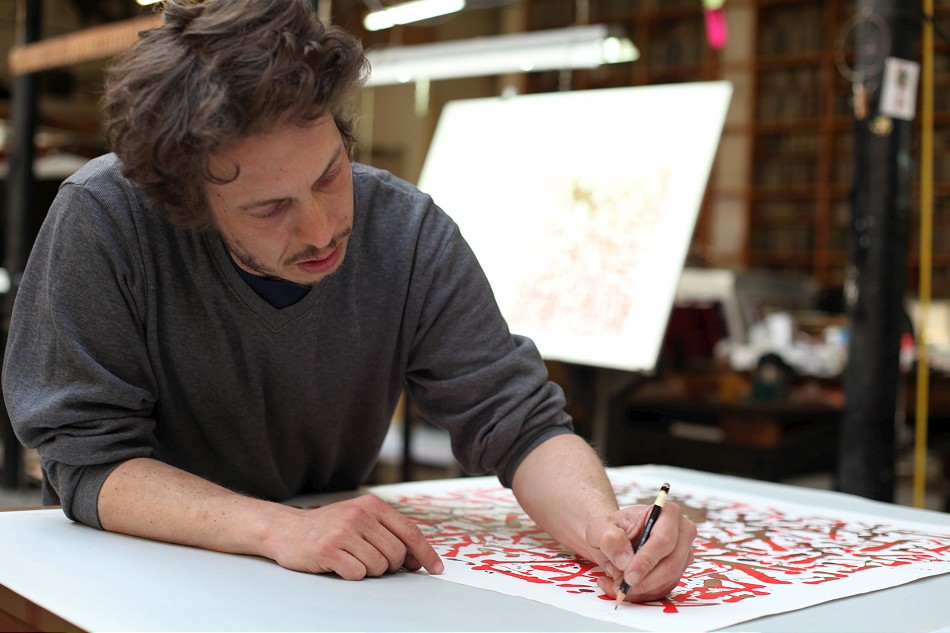 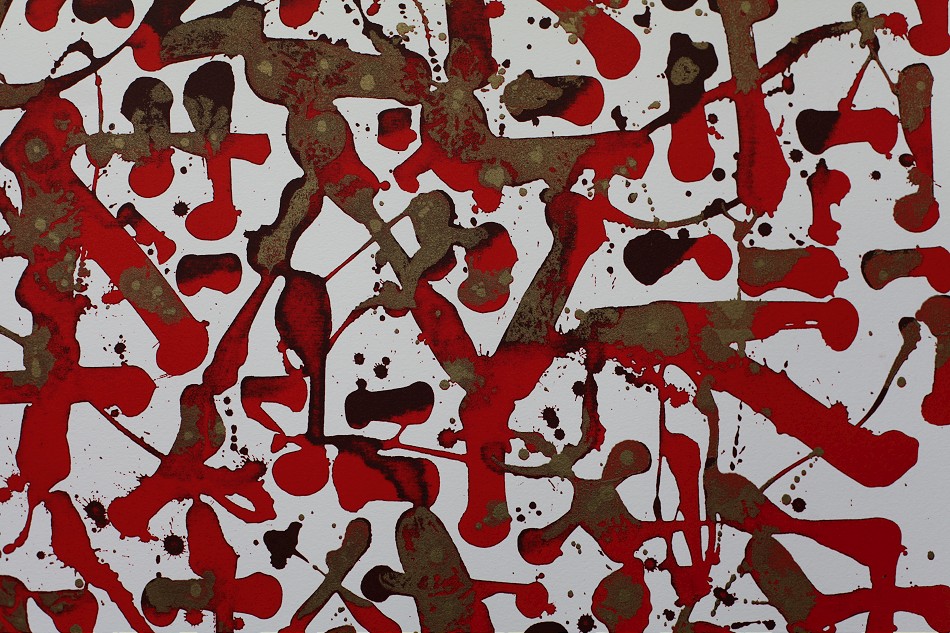 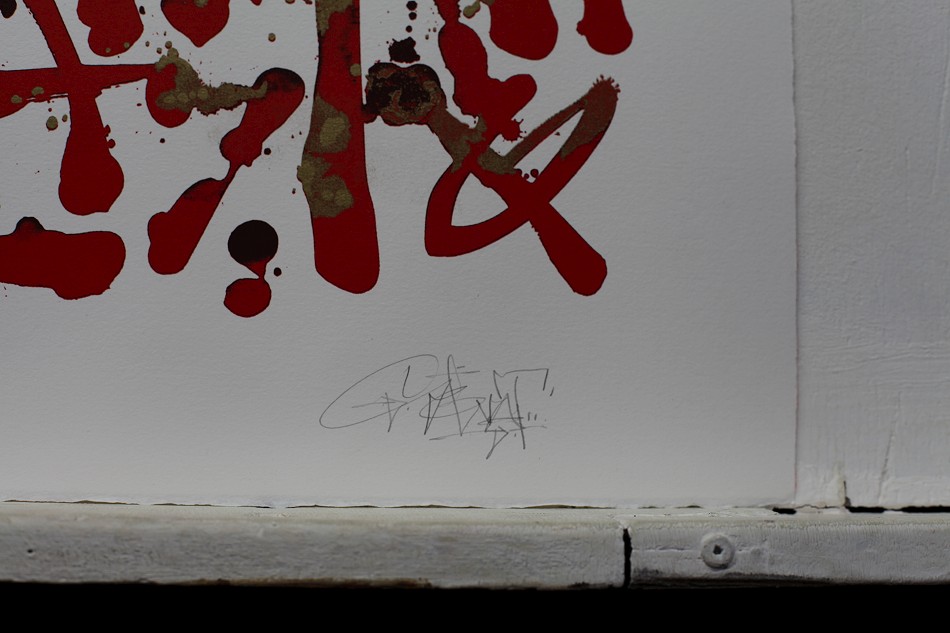