On April 10th, Carl Cashman will be adding another country and gallery to the list of his solo shows. Gallerie GEO in Bergen, Norway will be showing his latest body of work titled Good Things Come, To Those That Paint.

This is the first time, that the artist from Devon will be presenting his geometric-based op art. For this exhibition, he produced a whole new series of works which reuse some of his signature elements and shapes, as well as creating some new ones. True to strict geo shapes and forms, using basic colors plus UV reactive paint, his crisp sharp works have striking effect. Presenting mostly small scale, both very flat, linear works, as well as cluster-built pieces, the new paintings are another step further into the world of Carl Cashman’s neometry. 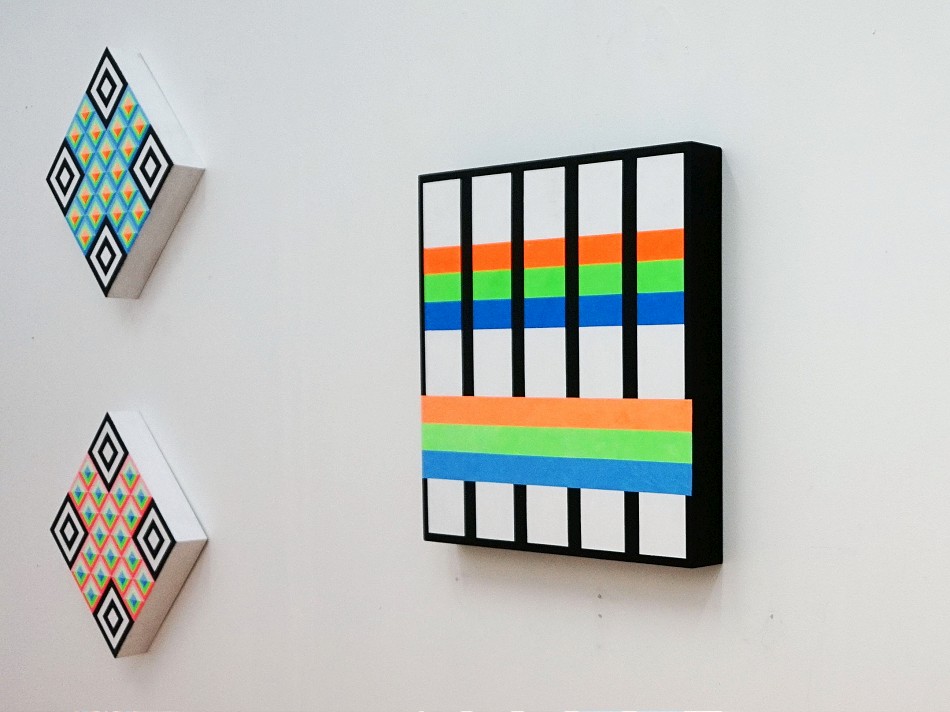 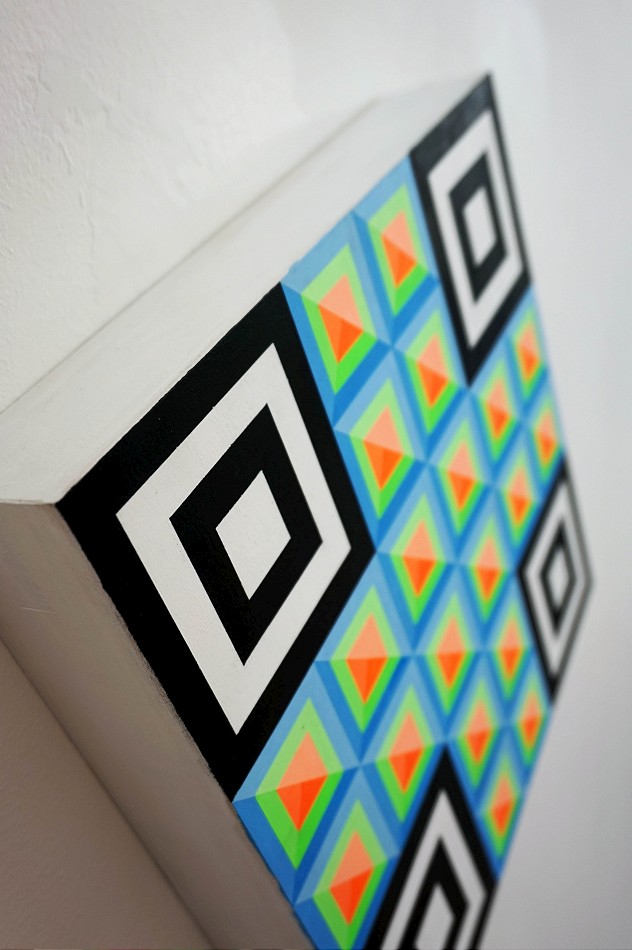 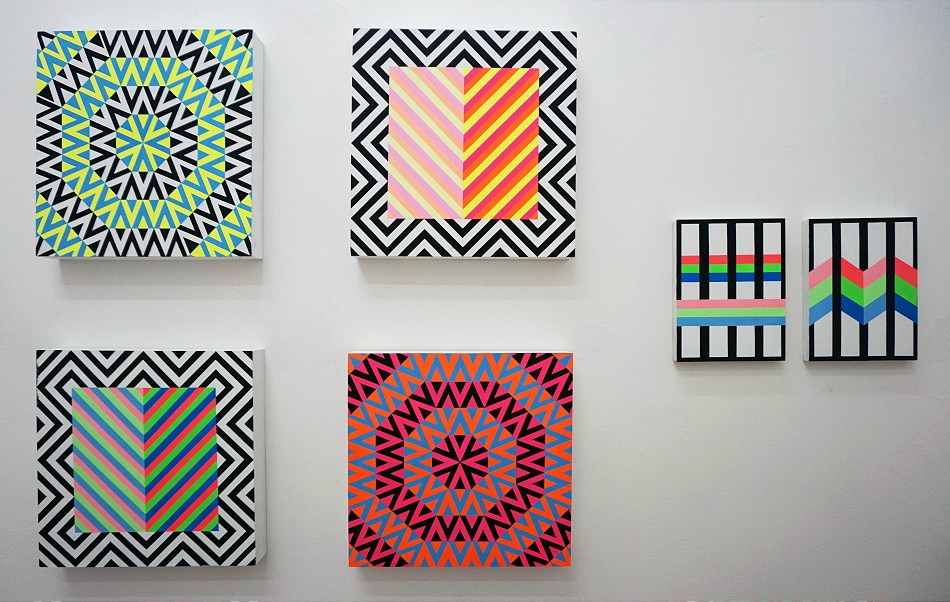