As previously announced in his recent interview, British artist Carl Cashman, opened his new solo show at Prescription Art Gallery in Brighton on the 6th of June. Titled Neometry: New work by Carl Cashman, the exhibition is a sort of a follow up to last year’s sold out success in US (covered), showing a new body of geometry-based, neon color artworks. Aside from releasing a limited edition print, painting the outside of the gallery, installing the works within the space, the artist also presented this unique show in two ways – under normal light and under the UV light. Painting with neon colors, Cashman’s work attains a whole new aspect when presented with the ultraviolet spectrum in mind, which the visitors could enjoy in person. While striking in its original form, his simple play with basic geometric elements, depth, pattern and perspective, gets accented under the UV. This effect is very hard to capture on cameras, but hopefully you can get the idea from the photos provided here.

The response to show was beyond expectation with only few works left unsold at the time of writing this article, so make sure you see it in person if you’re in the area until 5th of July. 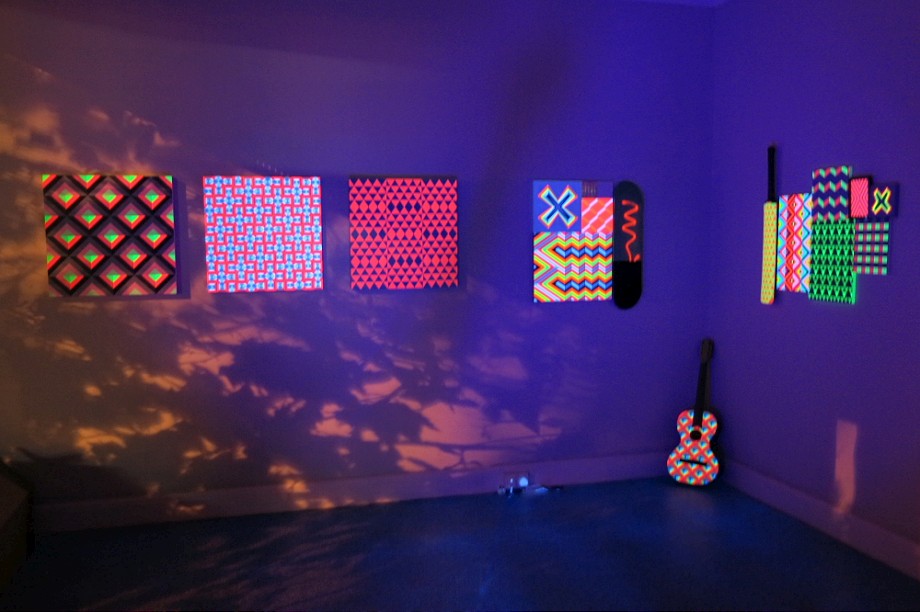 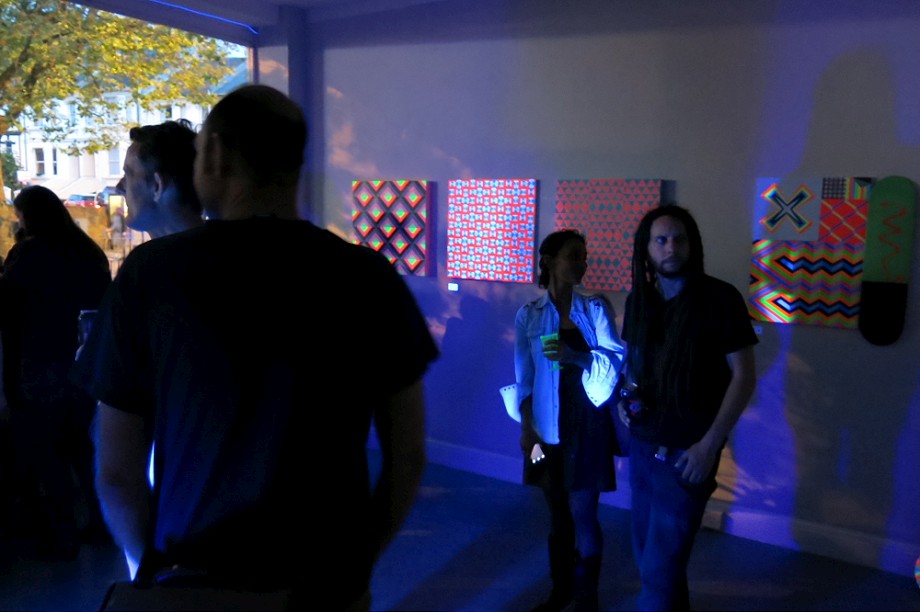 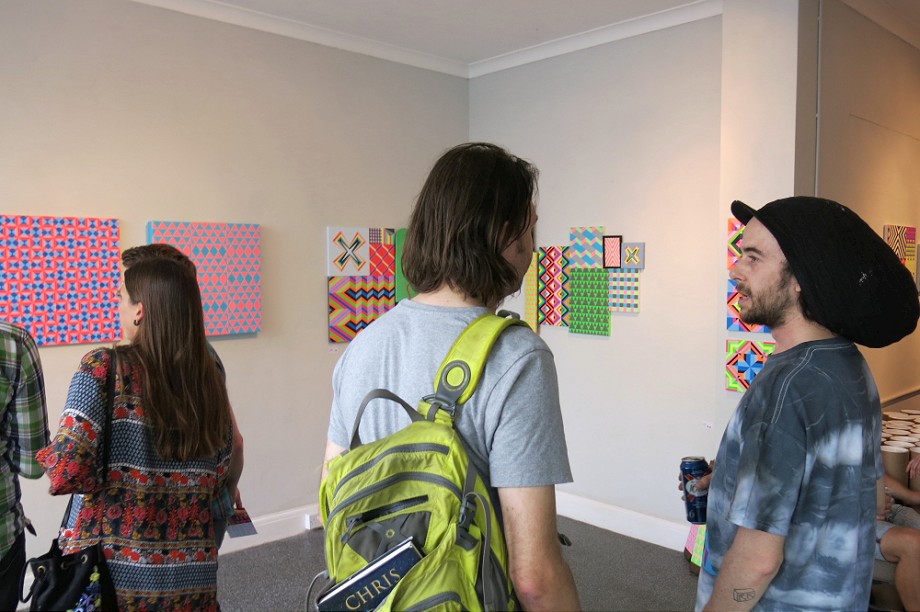 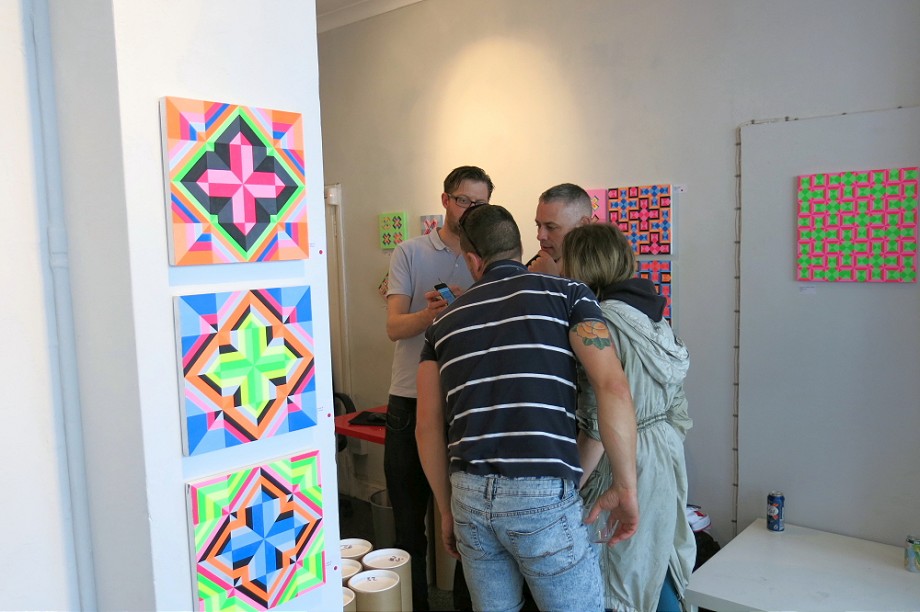 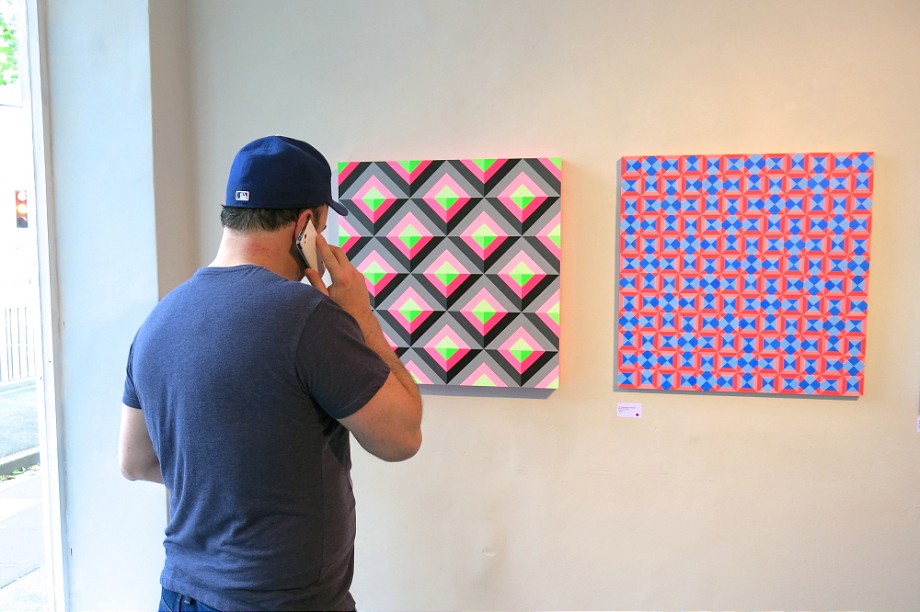 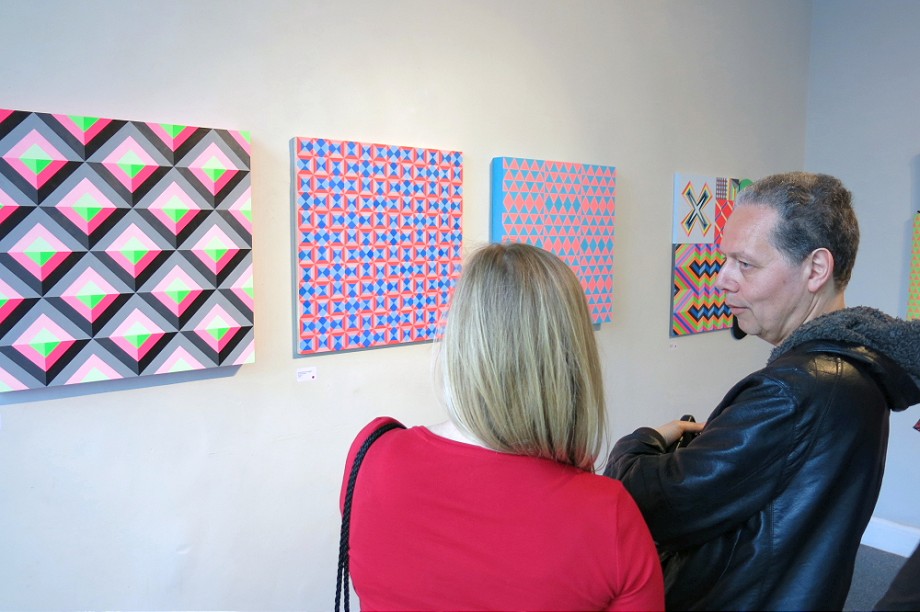 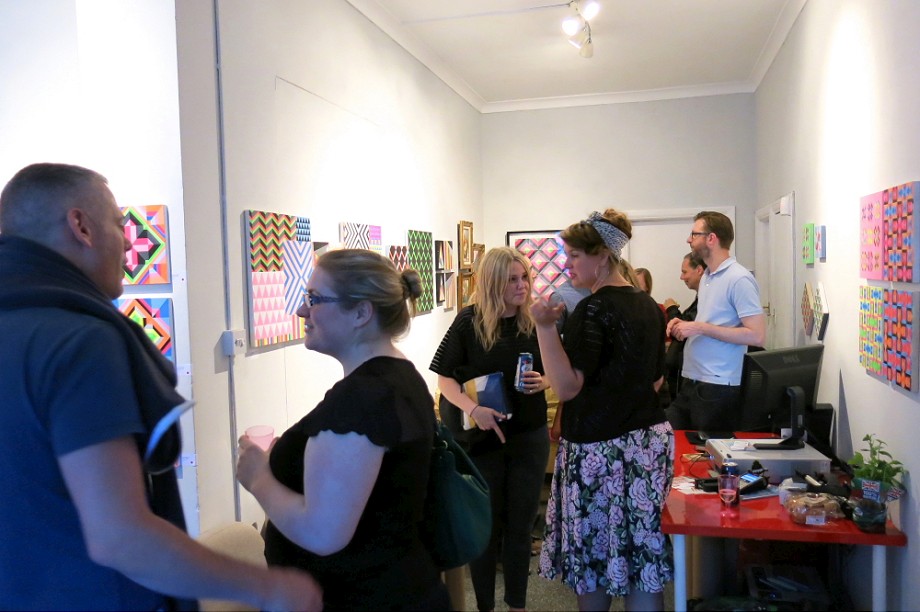 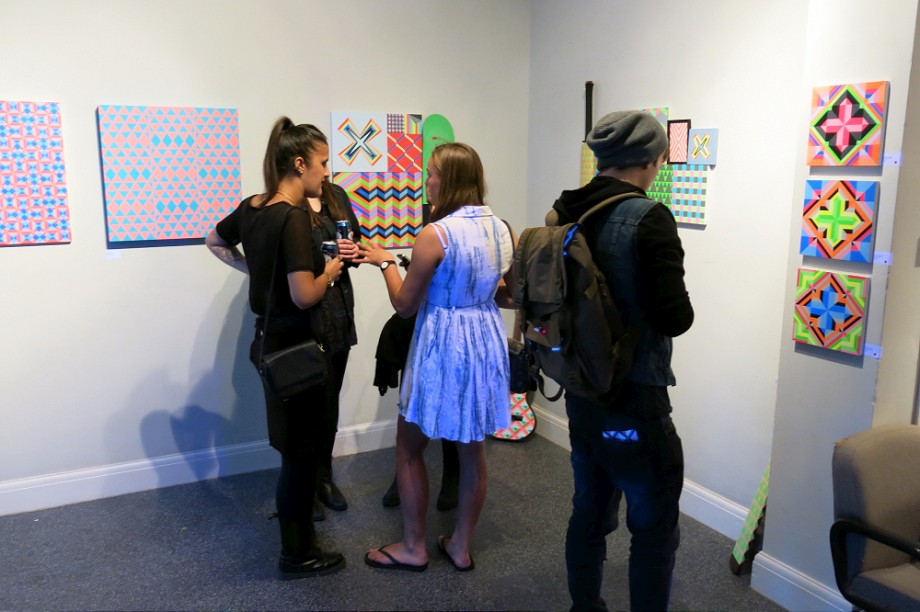