Working on a massive new project in Western Australia, Phlegm has painted over four 36 meter high grain silos near the Wheatbelt town of Northam for PUBLIC 2015, arranged by FORM. Working 10 hours a day for two weeks straight, the prolific British street artist left his mark with a series of impossible flying machines (inspired by the area’s  iconic hot air balloons) and his signature characters rendered beautifully in his usual manner. Four of the other CBH Group silos at their Avon site to the right were painted by American artist Hense. 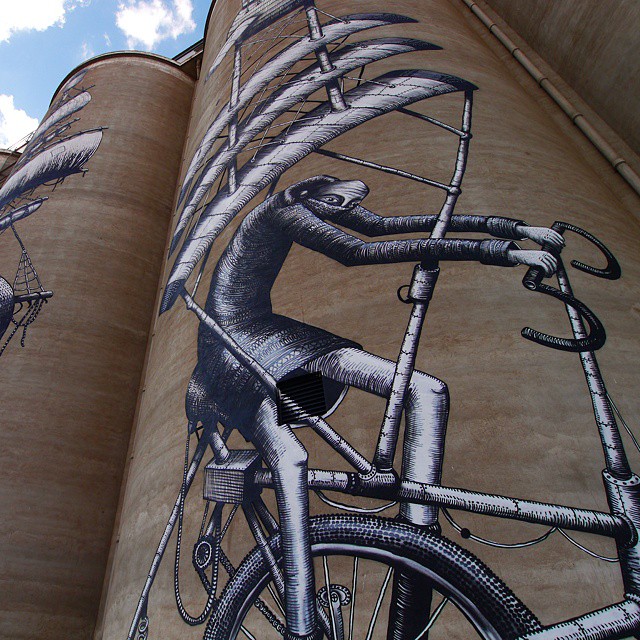 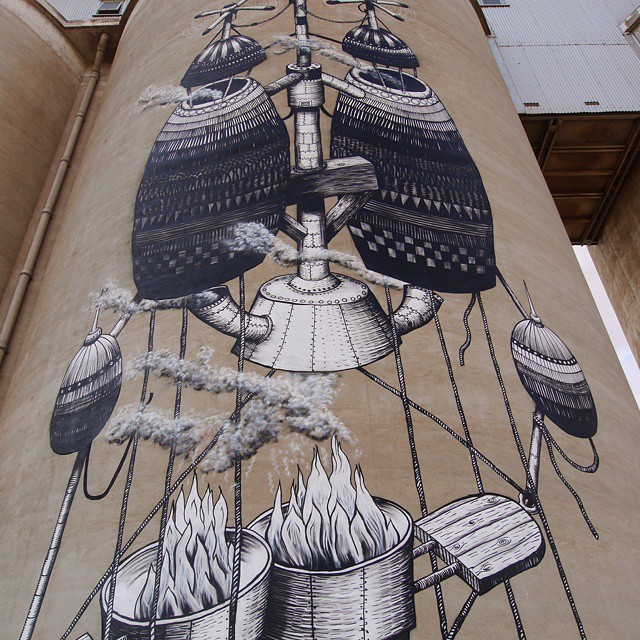 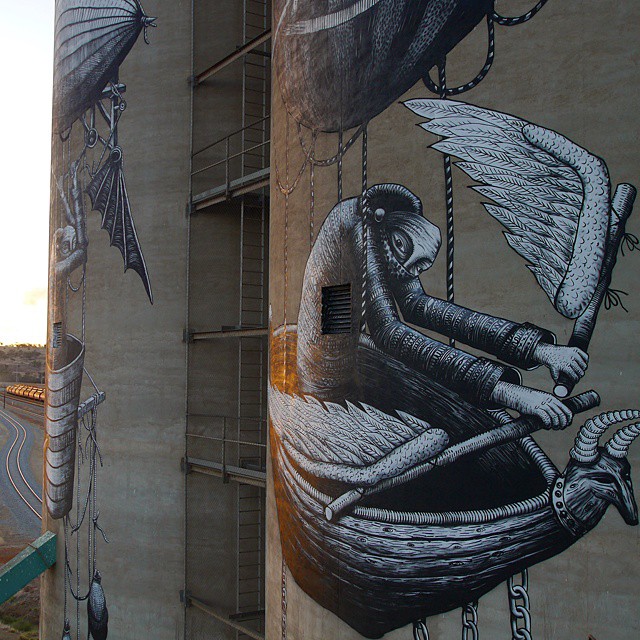 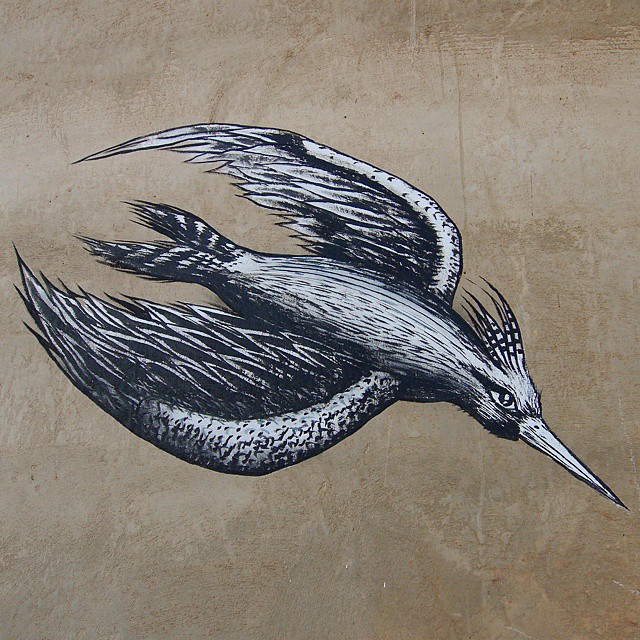 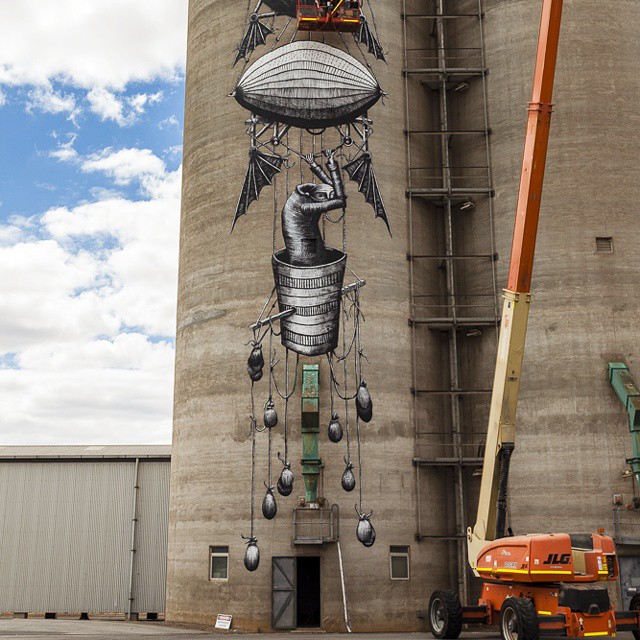 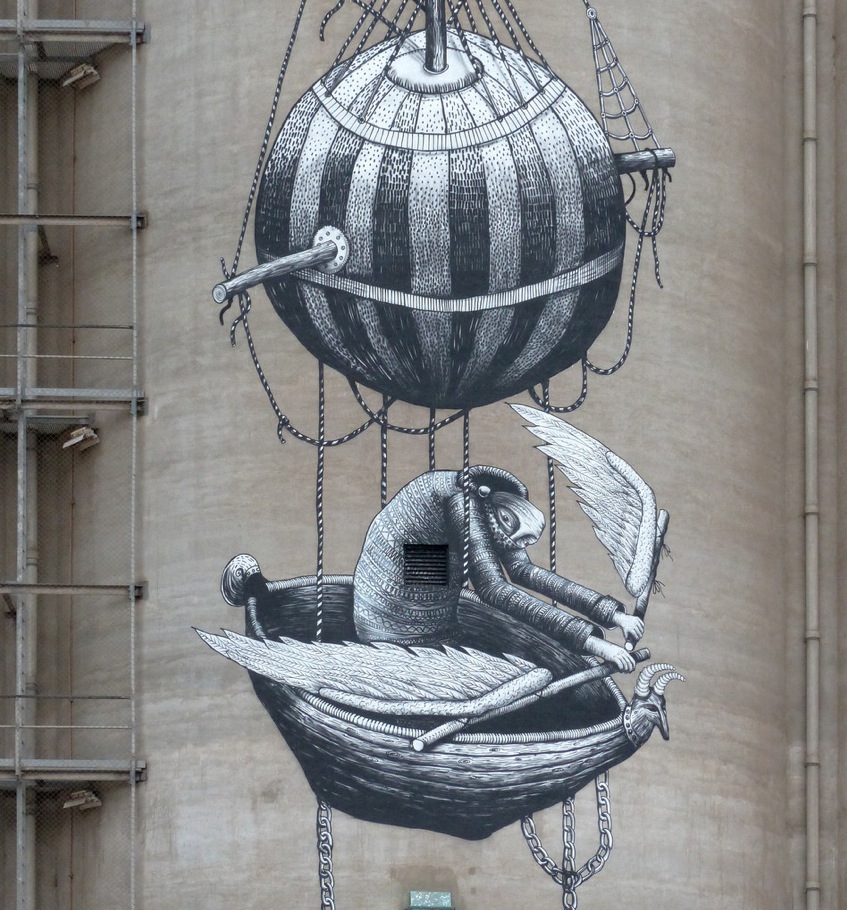 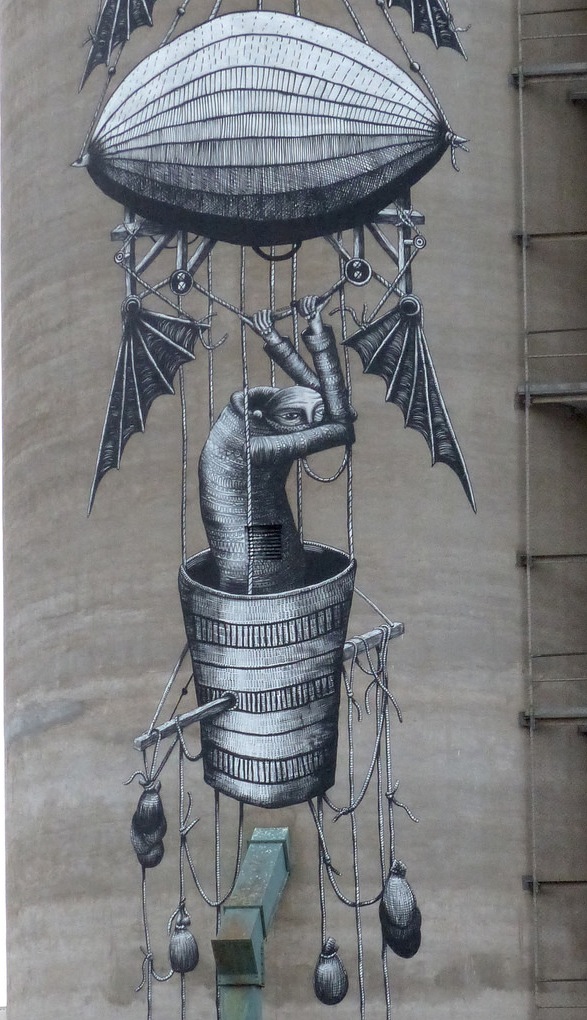 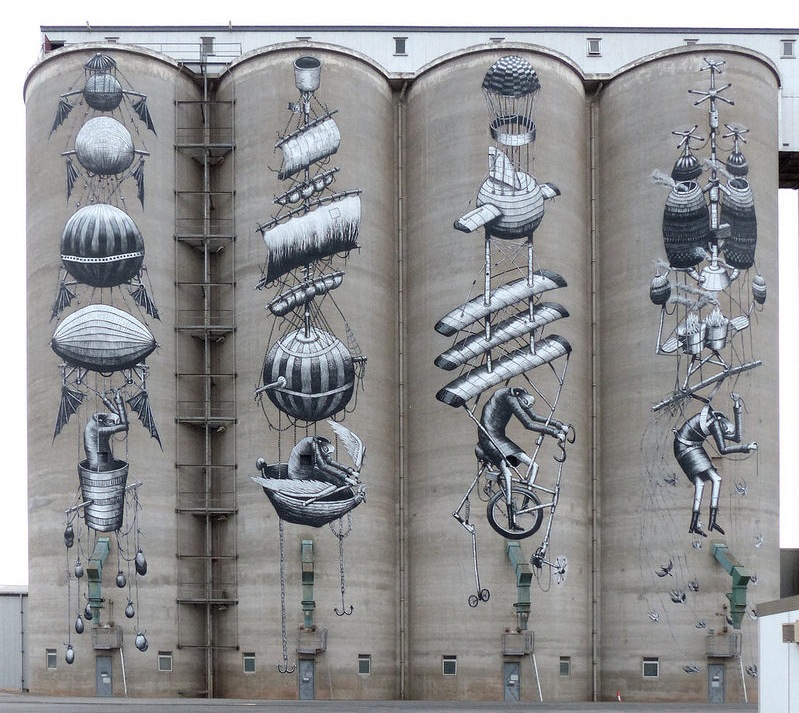