On June 4th, Avantgarden Gallery in Milan opened OLYMPVS, a solo show by James Reka, that will stay on view until THE 10th of July. For this event, the Berlin-based artist created a coherent body of work that mirrors the aesthetics of ancient Greek culture.

Showing the typical imagery of that period, through his almost abstract visual language, Reka created an interesting mixture of old and new. Using his strict geo shapes along with spraypaint transparency and solid fill ins, the artist depicts recognizable architectural elements such as arches and pillars, as well as scenes of a lifestyle of leisure. Mostly focused on female figures, the works tell stories of public baths, beautification, idle hours all hidden within layers of seemingly unrelated forms and objects. Through closer examination, one notices even more details hidden deeper within the images, such as still life elements, urns, fruits, as well as god-like imagery. To accompany his gallery works, the Australian-born artist also created two murals on the outside of the gallery focusing more on flowing lines and brighter colors that pop from the beige facade. 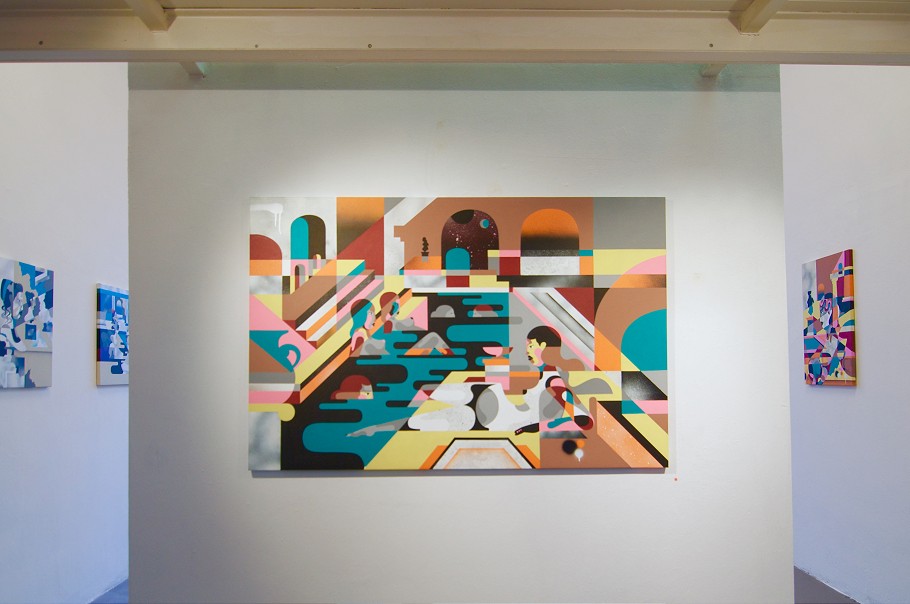 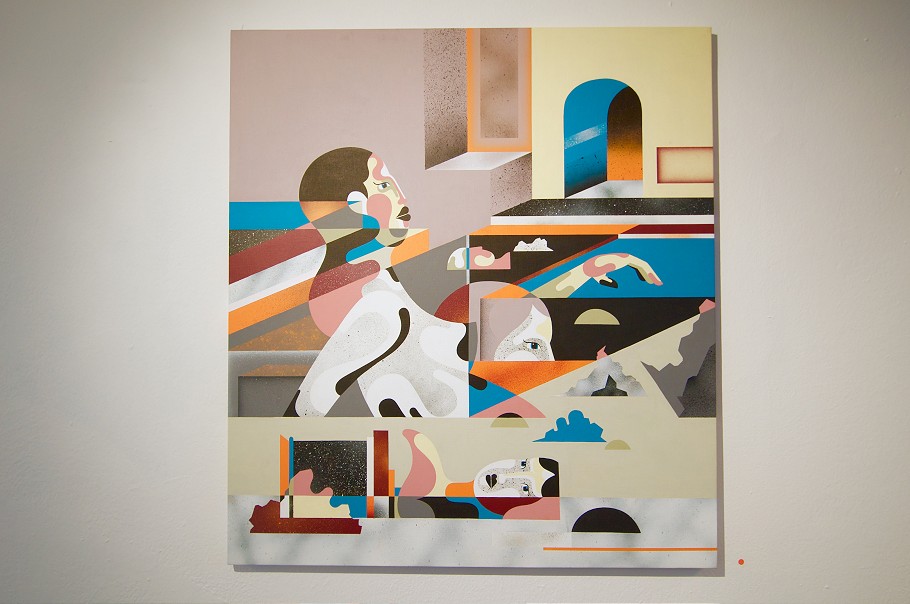 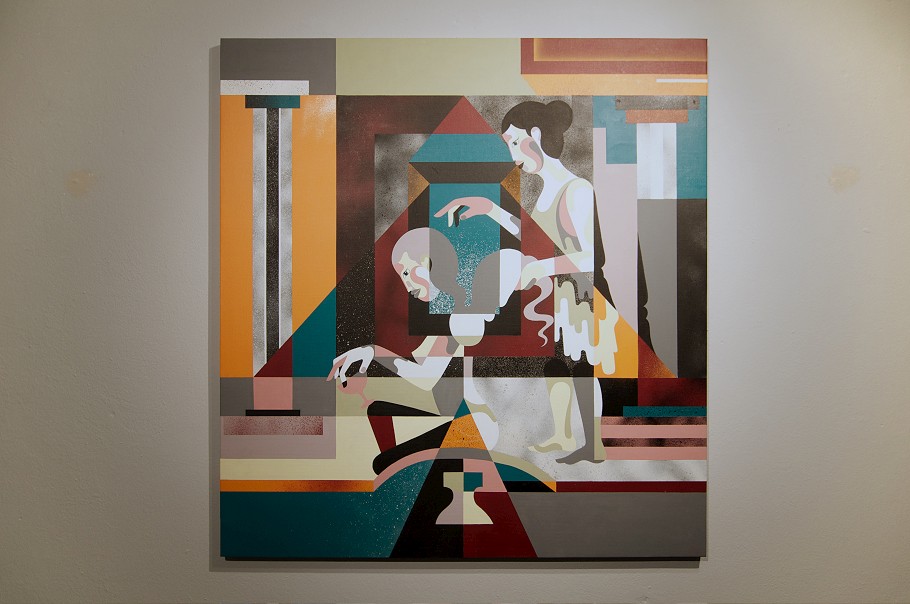 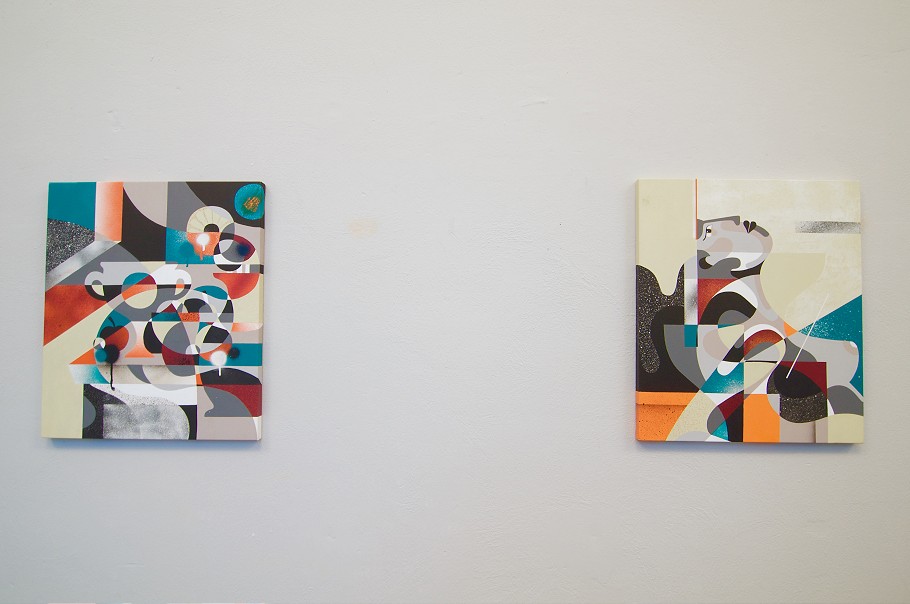 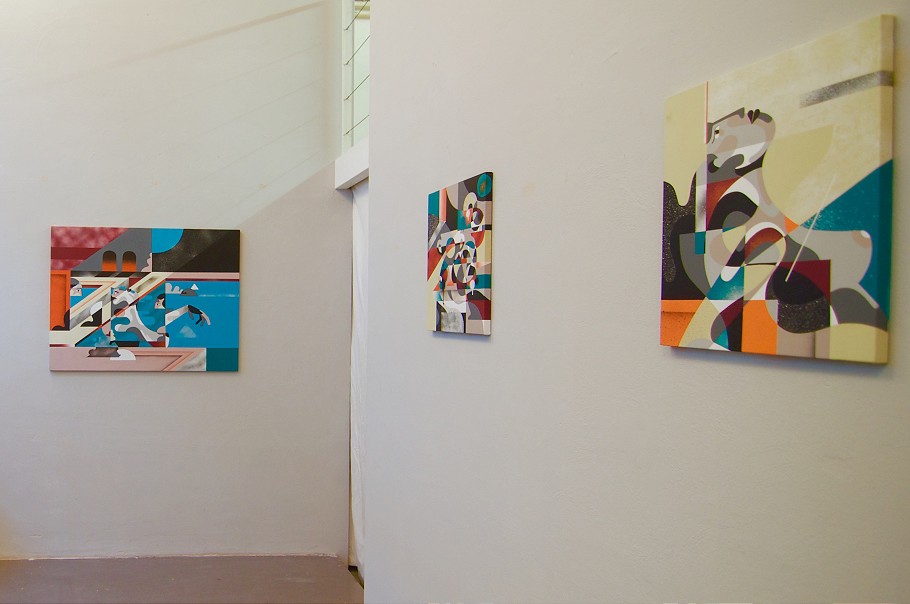 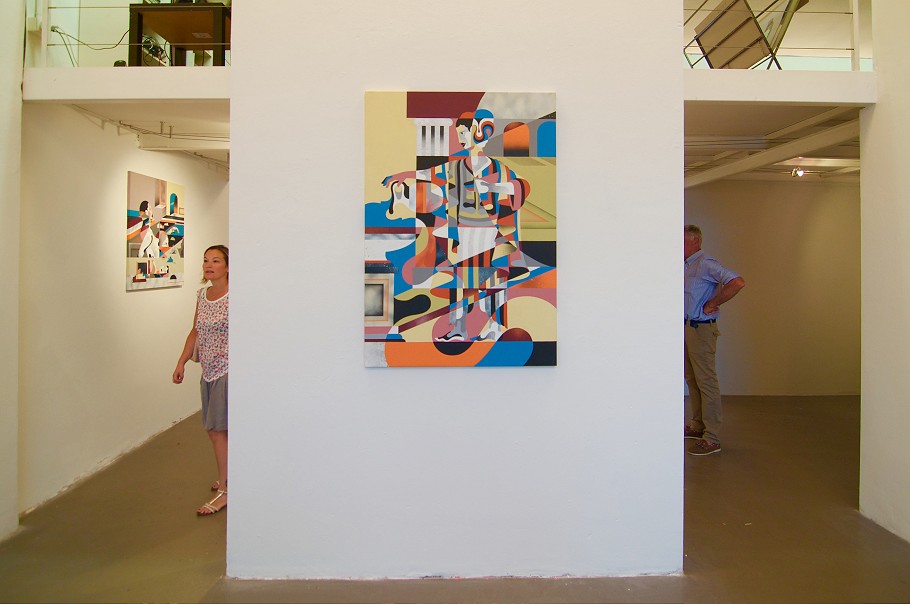 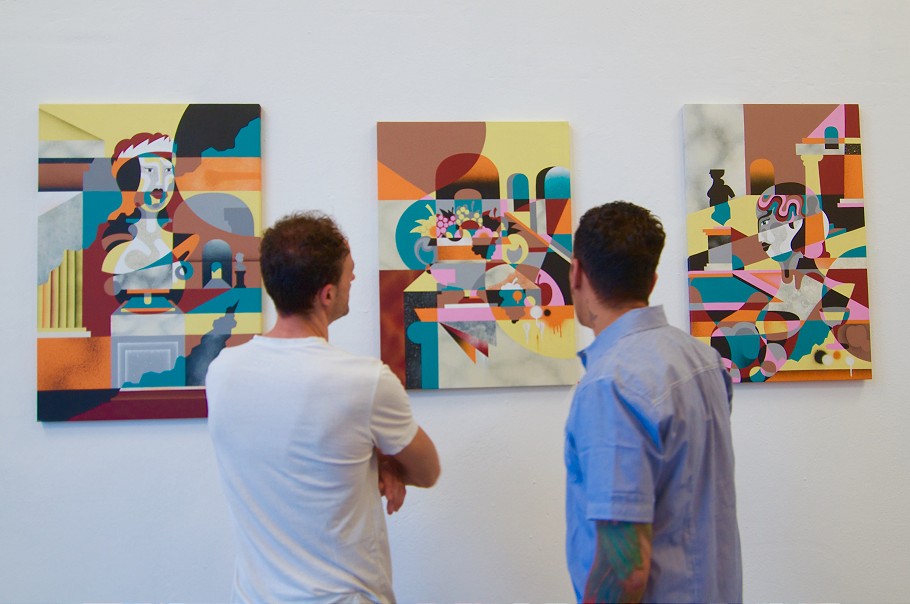 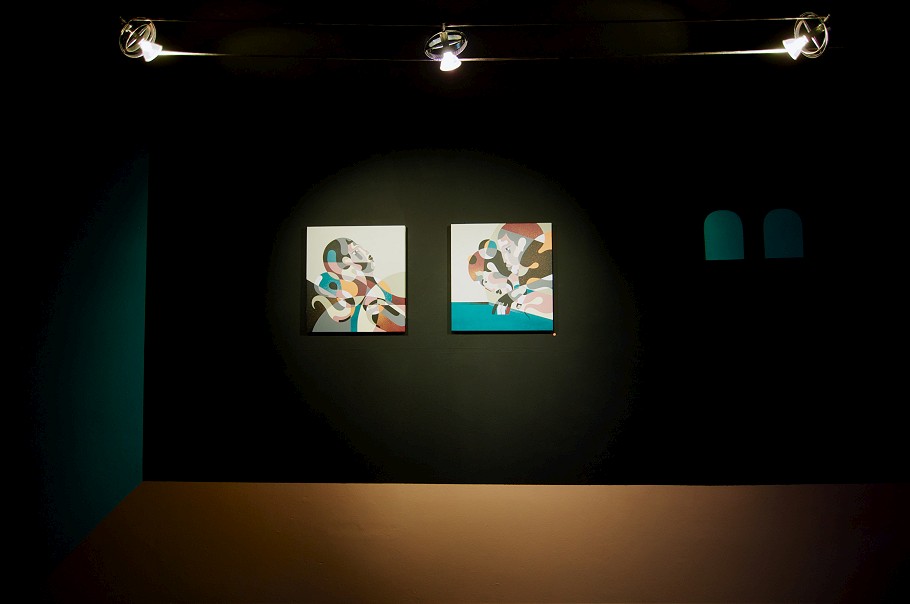