While travelling to Morocco for the opening of Main Street show at Mohammed VI Museum (MMVI) of modern and contemporary art (covered), as well as taking part in the Jidar street art festival there, Maya Hayuk made a stop in Paris to work on her new limited edition fine print.

In collaboration with PrintThemAll, whose Nicolas Couturieux curated the Rabat show, the NY-based artist produced her first lithograph at Idem studio as a part of their series marking this big event. The 10 color piece was entirely created in the studio, from the initial concept to finished edition. Titled True Flag, the image features the recognizable woven pattern Hayuk’s work has been known for, in a slightly different orientation, forming her vision of a trippy flag. Measuring an impressive 103 x 72,5 cm, this is also her biggest edition to date, and it will be released in a run of 99 signed and numbered examples on white BFK Rives 270 g paper with deckled edges, on the 4th of June via PrintThemAll.com. 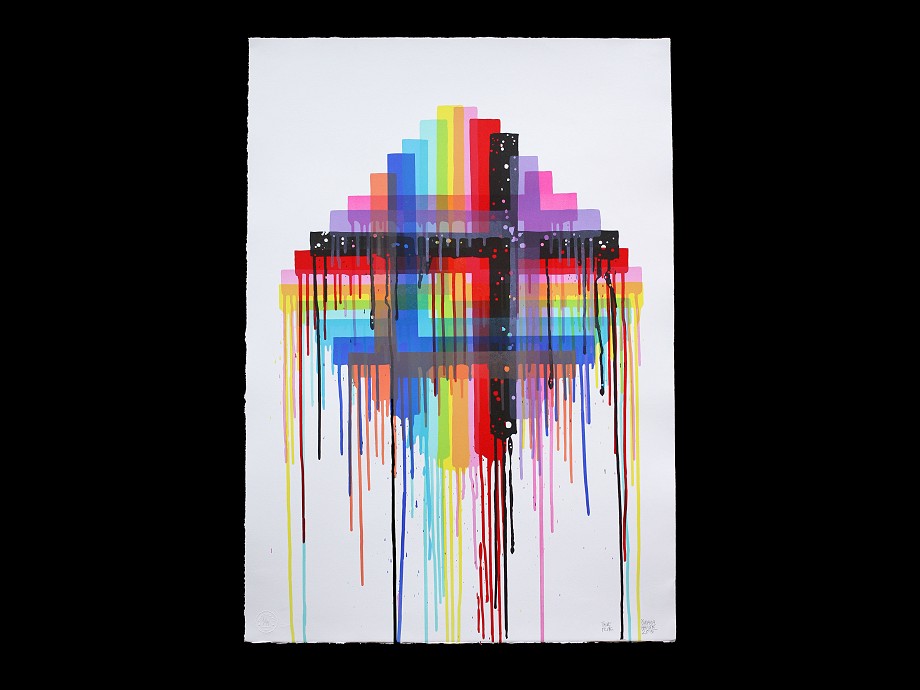 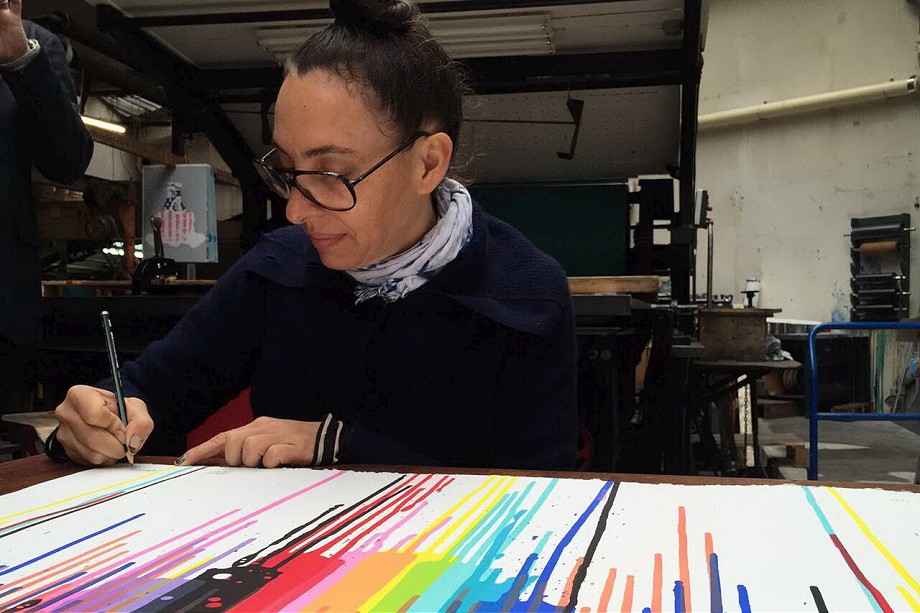 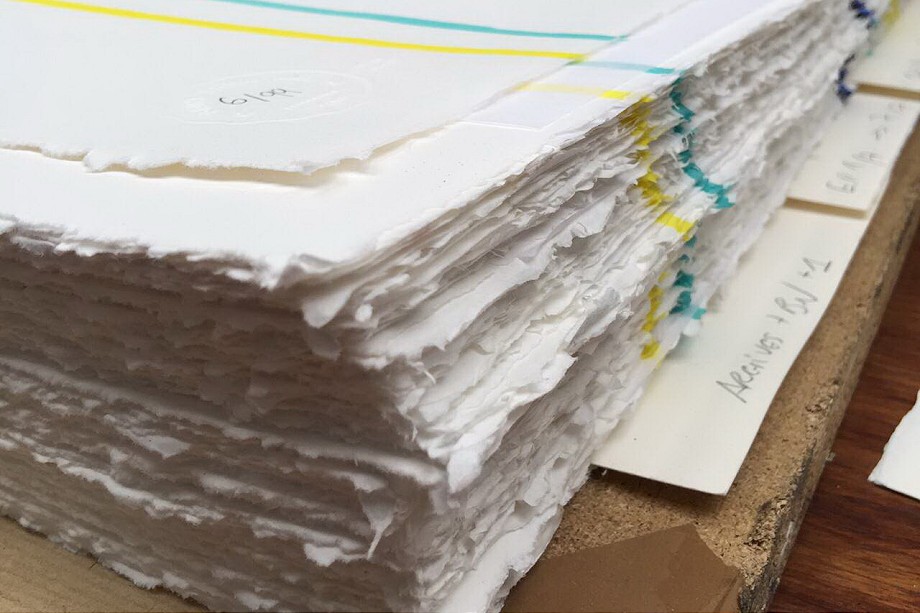 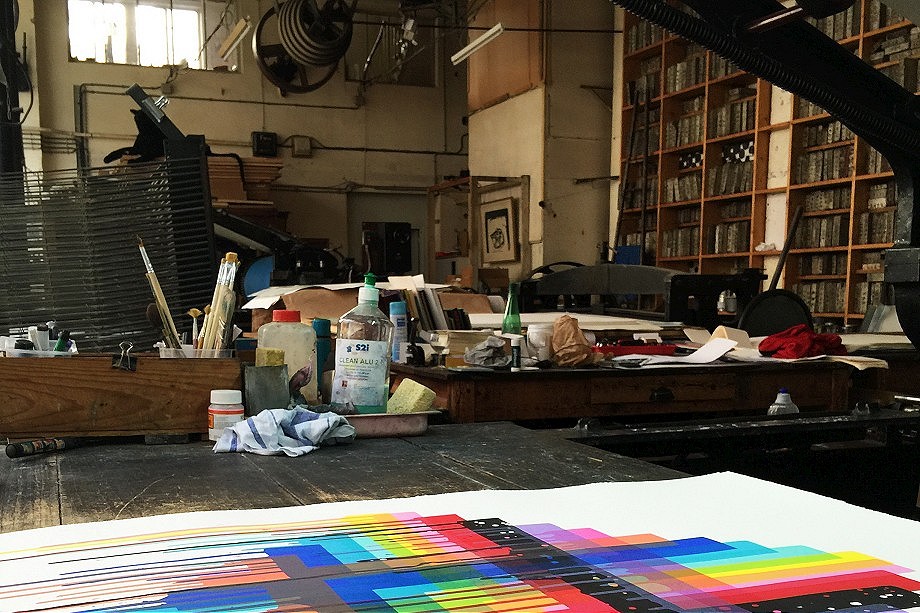 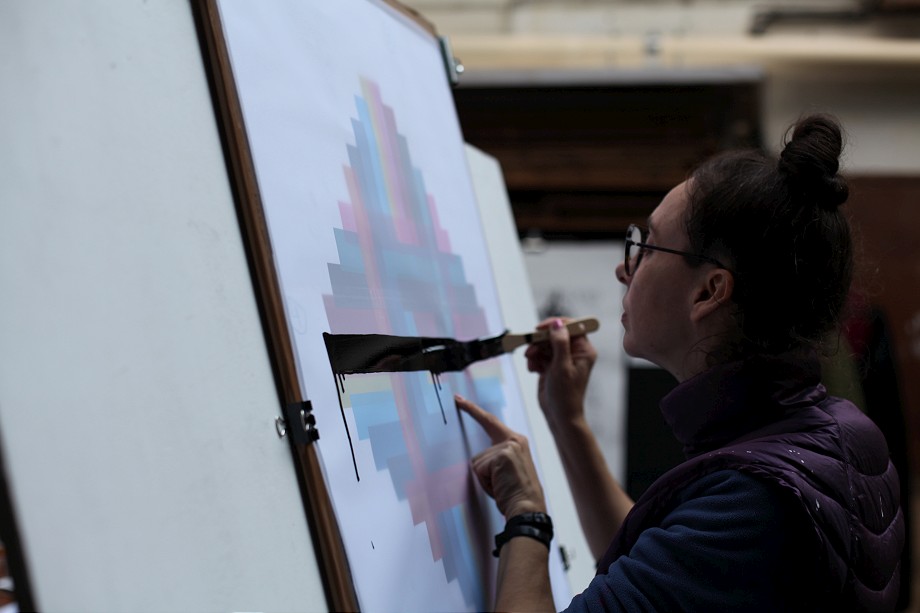 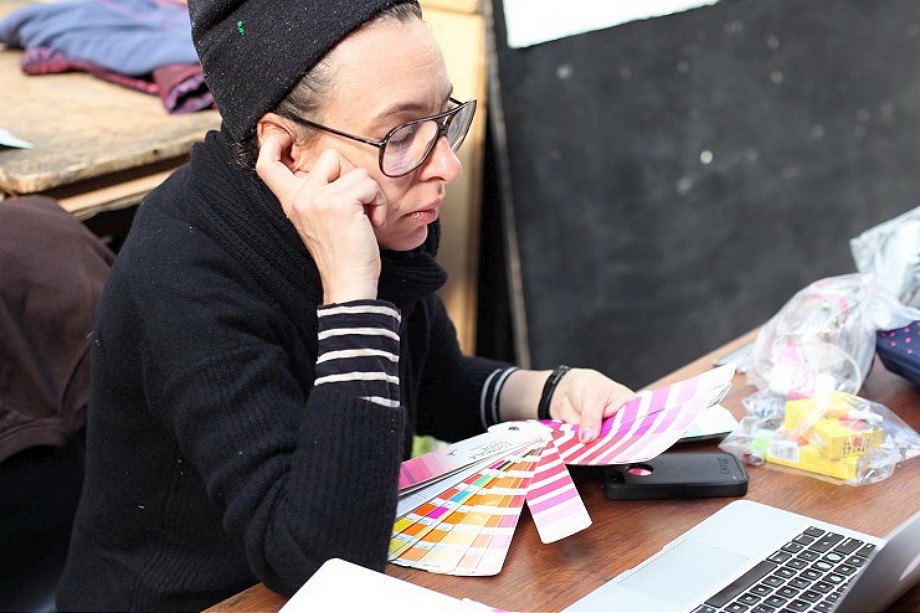 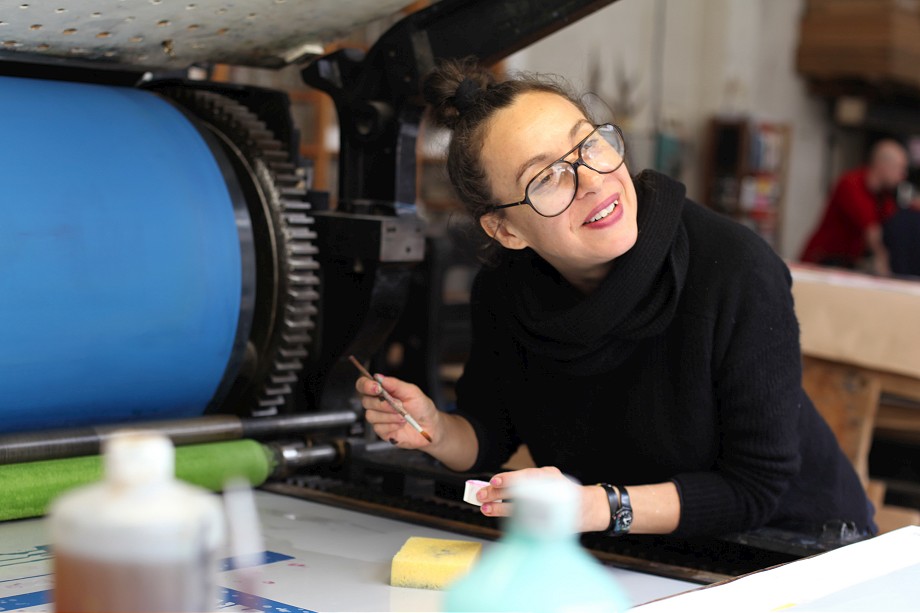 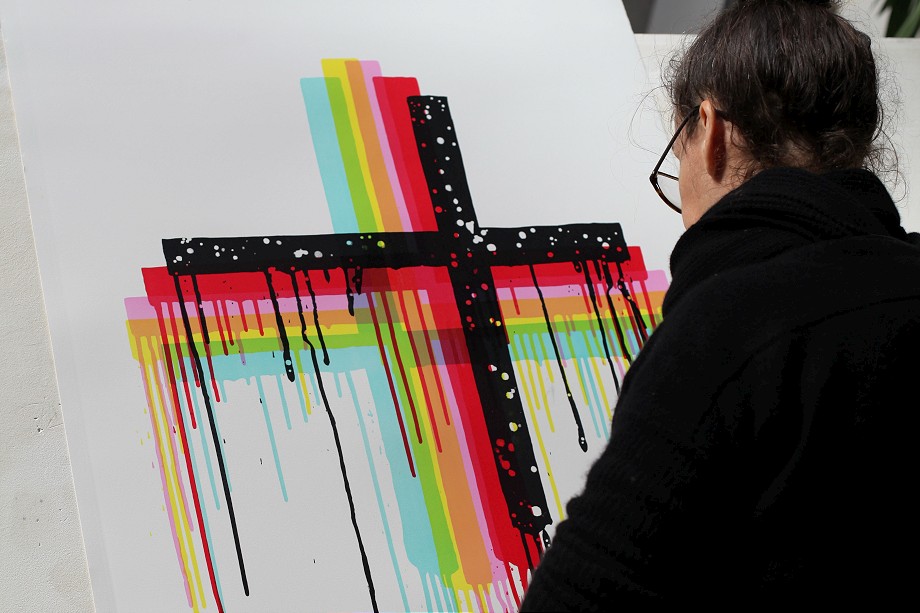