Polish artists Sepe and Chazme were recently invited to participate in the 1,2,3 Hoch 2wei project by the University of Bielefeld in Germany. For this initiative, the artists created a mural titled Unreachables inside the university lobby.

The large piece is inspired by the current immigrant problem that Europe is dealing with, but also, the problem of Somalian pirates. For this piece, the two artists mixed their highly different styles into a well working image. Sepe painted the characters, with his raw, expressive visual language accenting the pain and struggle that these unfortunate people are going through. In contrast, Chazme used his sharp, geo based aesthetics to create majestic cargo ships that represent the Western world which look untouchable or unreachable, especially for the small fishing boats going towards them. The high contrast between the different worlds is emphasized with different styles but are also integrated by the use of complementing color tones in both sections. 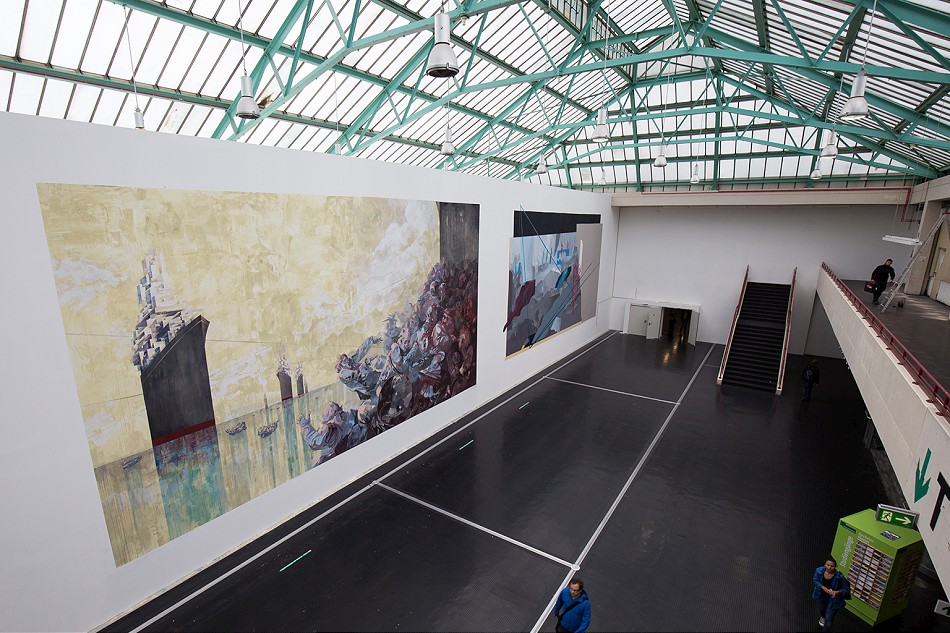 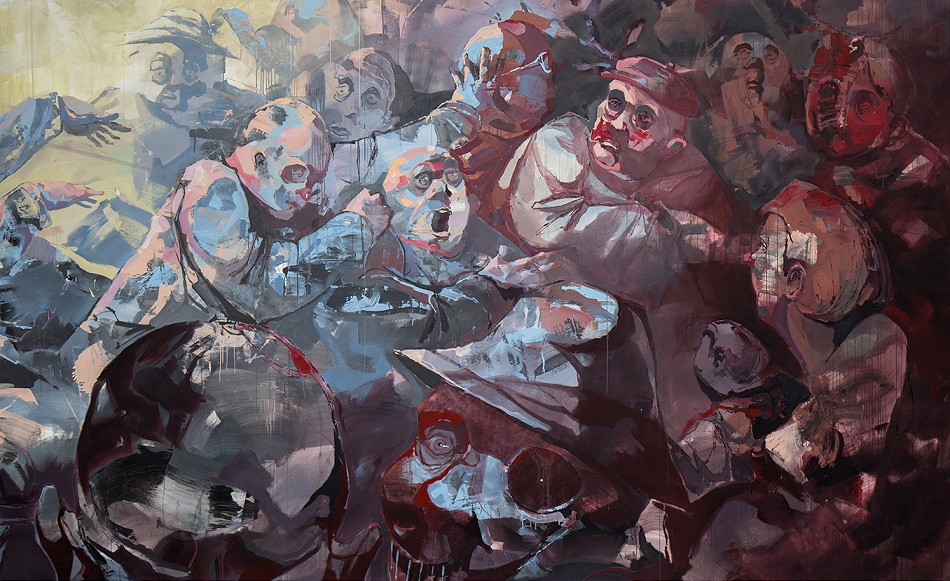 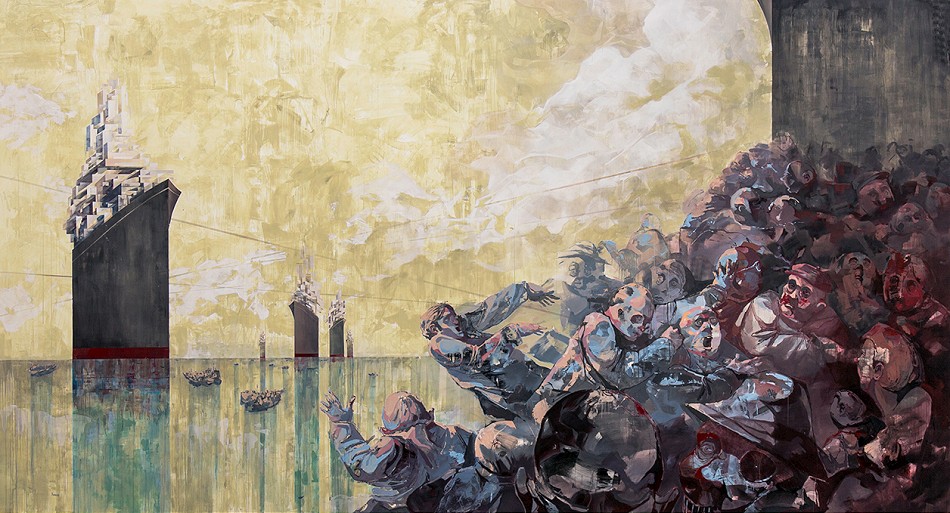 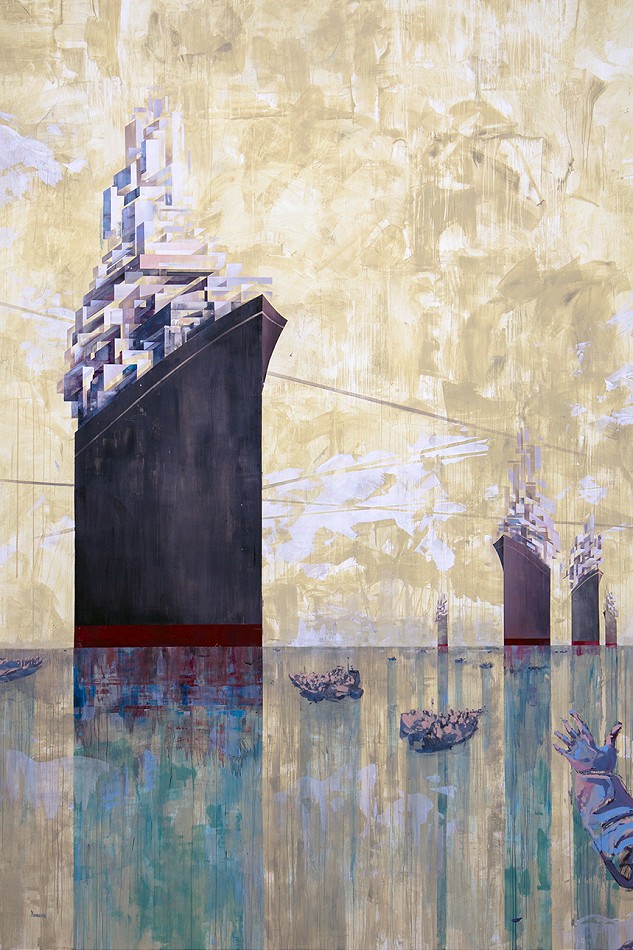 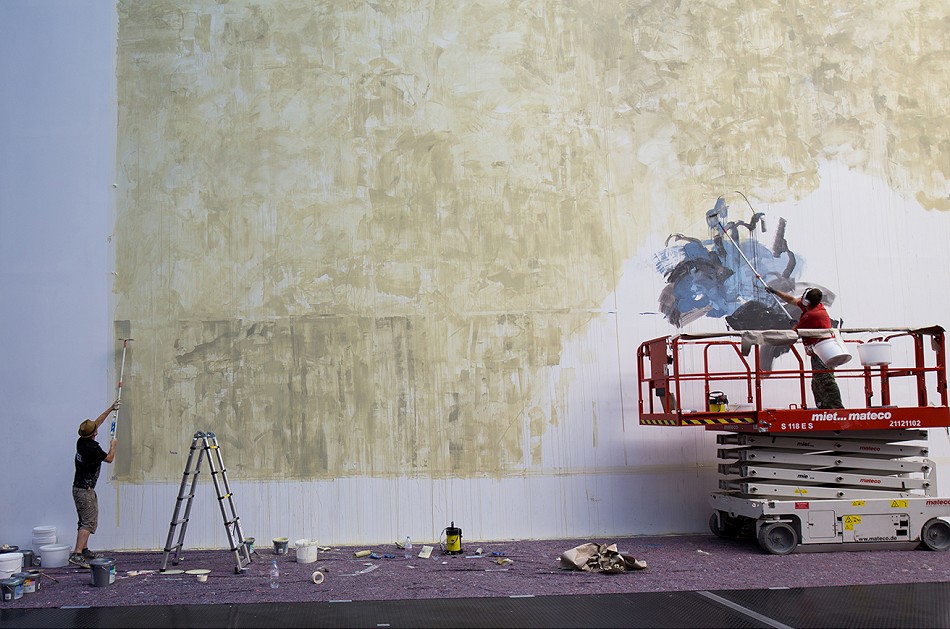