As previously mentioned, the Portuguese collective Underdogs is currently hosting a solo show from Ernest Zacharevic. The Lithuanian-born artist, whose street works around his hometown in Malaysia have become viral sensations and one of the favorite tourist attractions, recently spent few weeks in Lisbon, creating and finally installing and opening his solo show Floor is Lava.

Known for images that incorporate little children interacting with reality and real objects, this show is taking it a step further and places them in an imaginary world. Titled after the simple game during which kids don’t dare step on the floor as it’s “hot lava,” the new body of work mostly depicts kids playing around this scenario. The main idea is to present uninterrupted imagination as they are balancing on and climbing on fragile origami sculptures. While careless and playful, the images are carrying a twist of nostalgia in them, as they are presenting a part of human character that gets lost in adults.

Along with the origami themed pieces, Zacharevic was obviously inspired with traditional Portuguese tiles (azulejo), which he used as backgrounds for some of his oil works. Finally, inside a gallery space he created a complex sculptural installation consisting of melting shopping carts and little kids playing around them. Along with the show which will stay on view until 19th of September, the gallery released a limited edition aquatint etching. 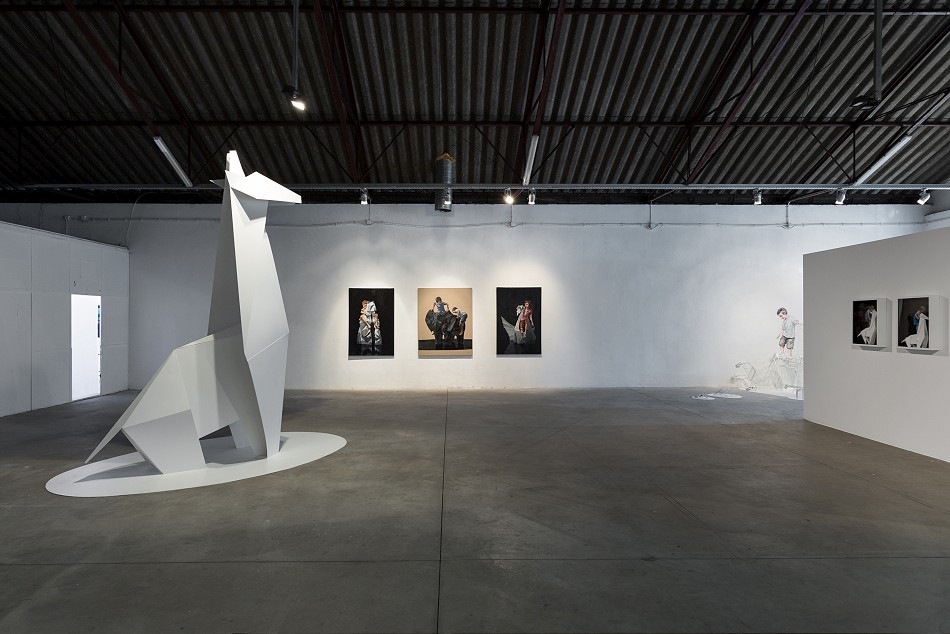 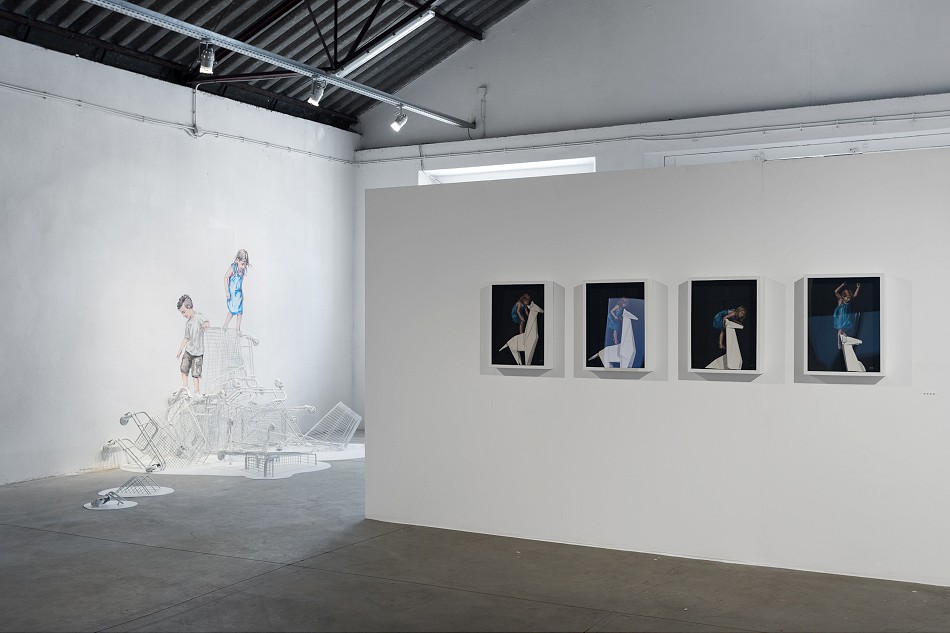 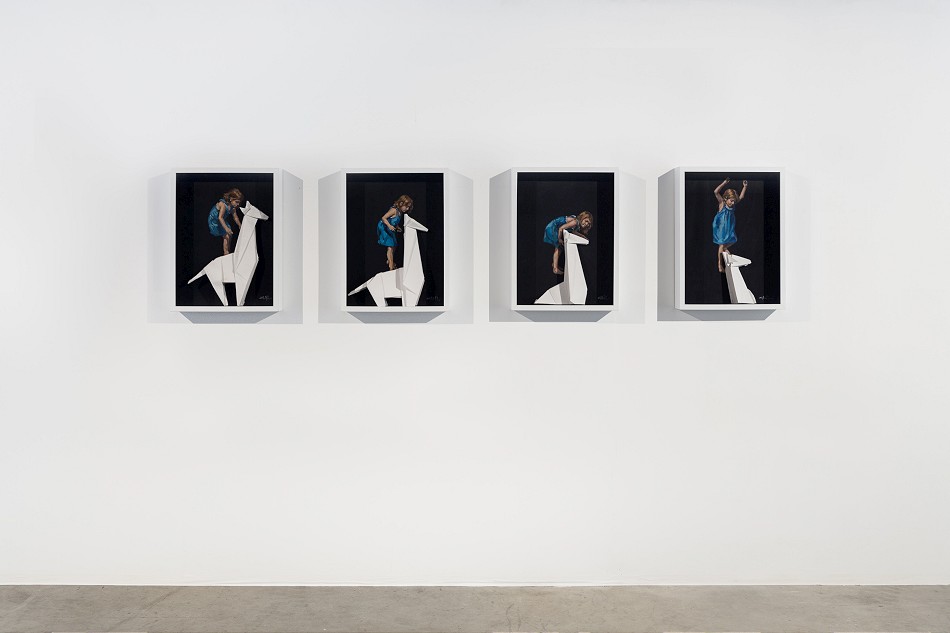 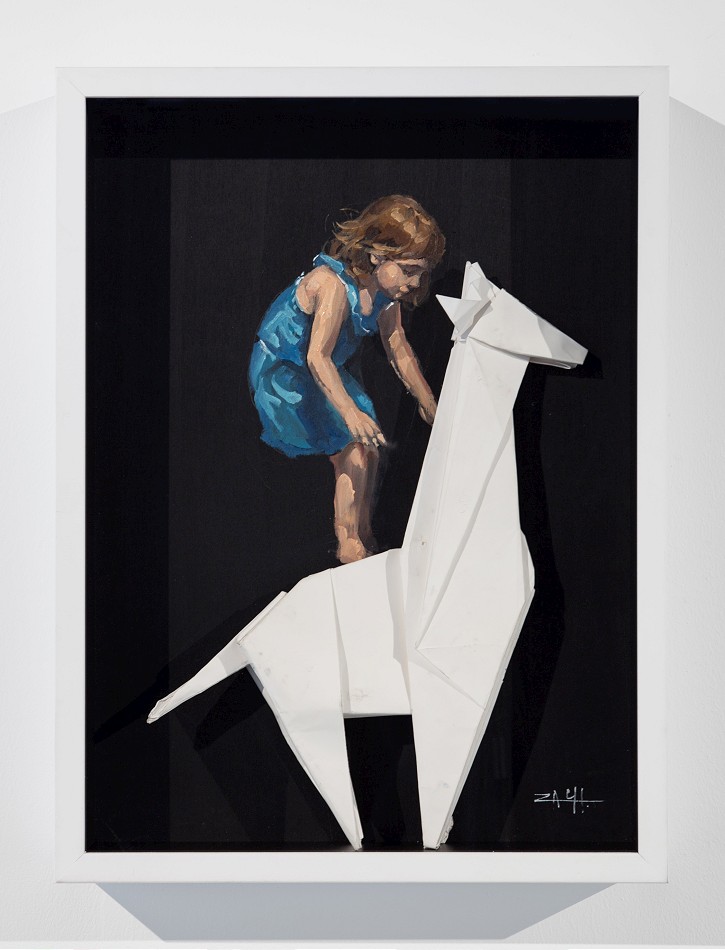 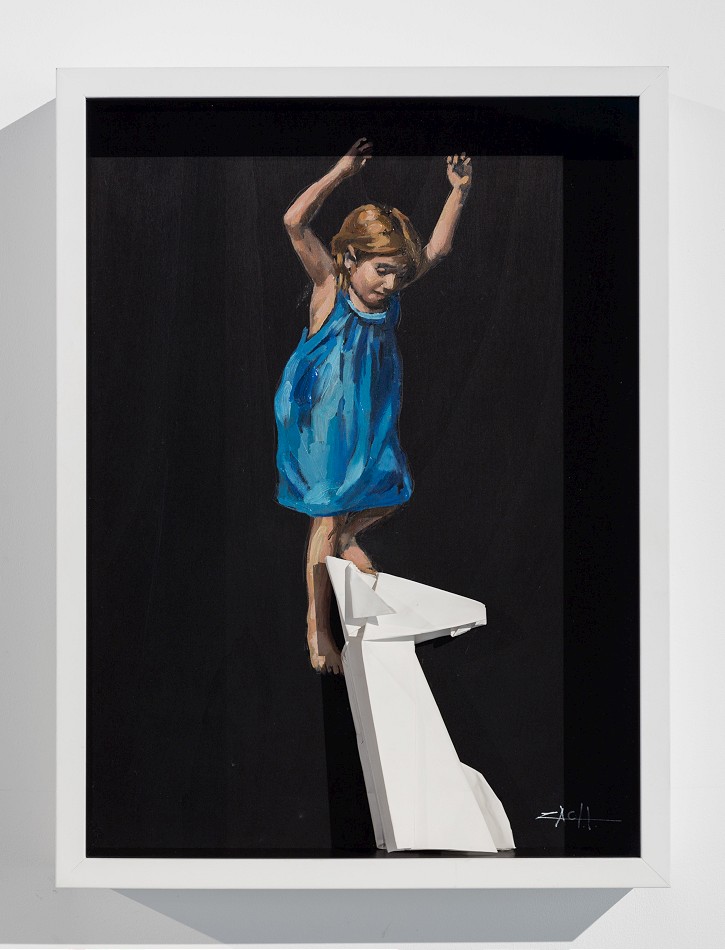 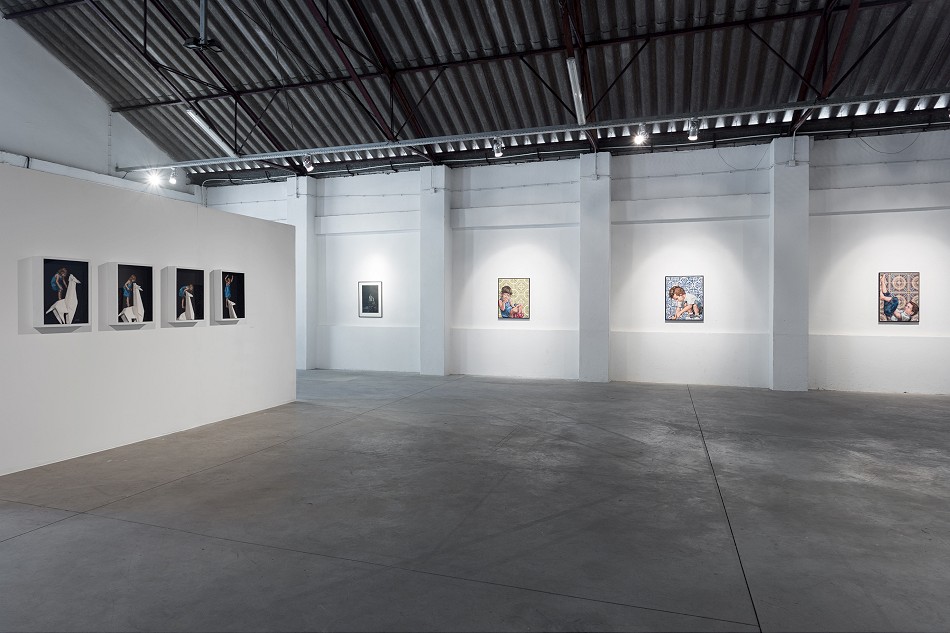 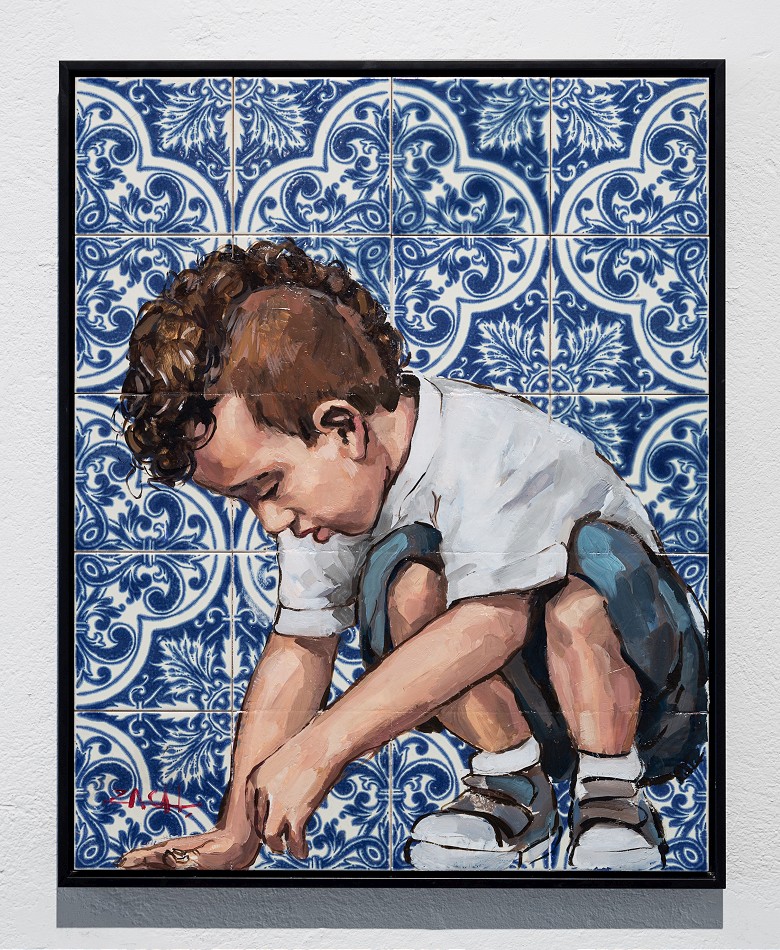 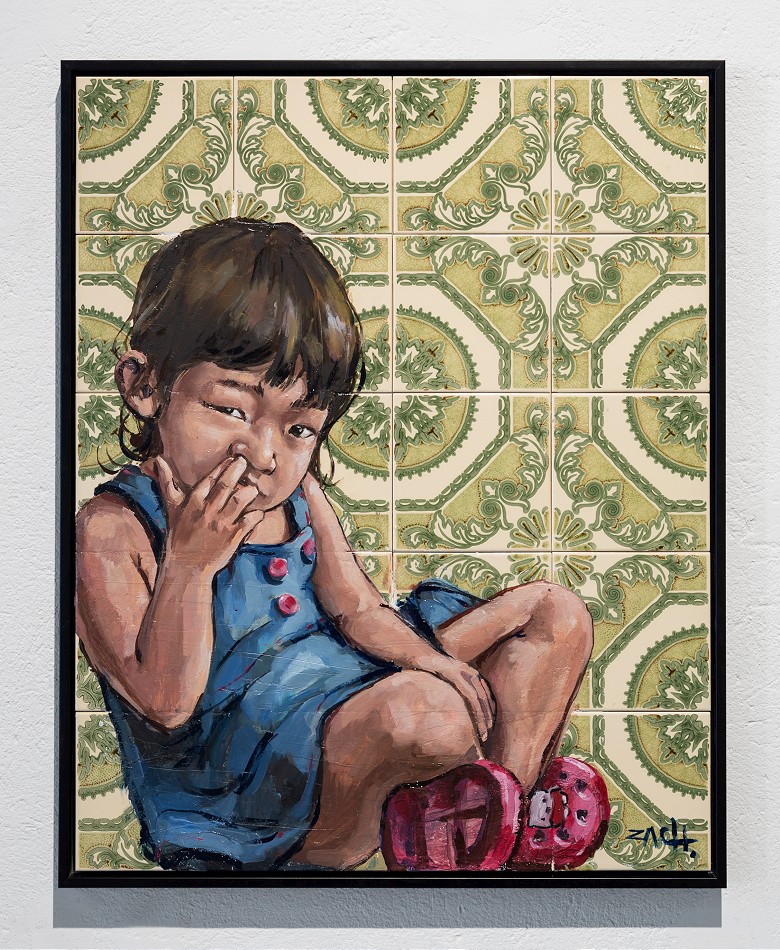