El Mac recently teamed up with his friend Augustine Kofie (featured) once again and to paint a new piece entitled Icarian Flight somewhere on the streets of LA. This is not the first time the two locally-based artists have collaborated, and with a good reason we must add after seeing this mural.

The juxtaposition of El Mac’s distinctive soft portraiture against sharp and geo-based abstraction of Kofie creates a powerful mixture that brings out the best of both styles. On top of being different imagery wise, the transparent, aerosol-based technique of Mac works so well with solid fill-ins, clean shapes and crisp line work of Kofie. This interaction between different styles and techniques was emphasized by the very limited color palette used in this piece, which resulted in a compact, yet complex mural depicting a falling female character. Created as a self funded project supported by friends and collegues, this beautiful piece can be seen at 8301 W. 3rd St.

Speaking of El Mac, he will be releasing his latest print release with ArtGang in Montreal on 20th of July at random time. 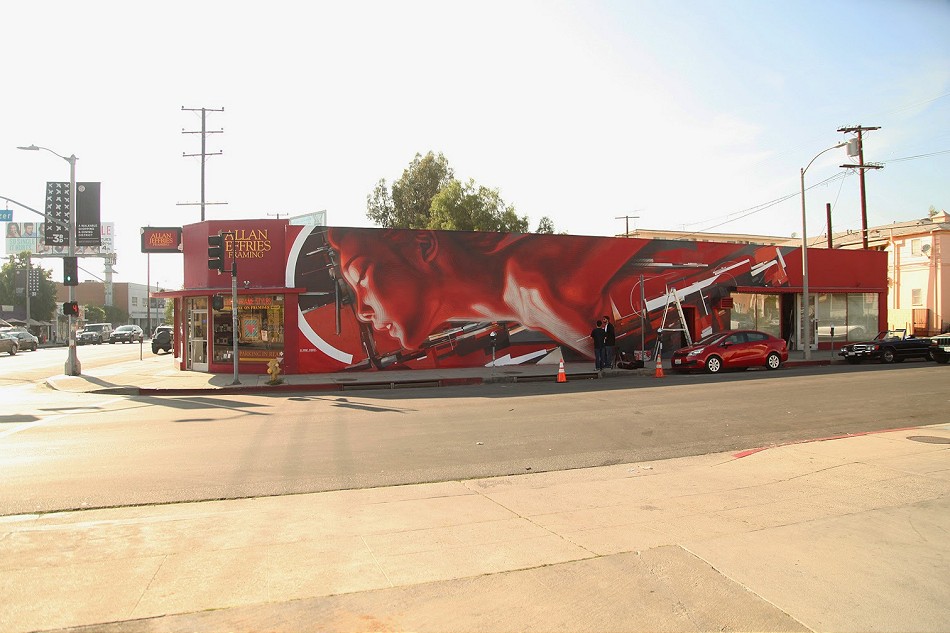 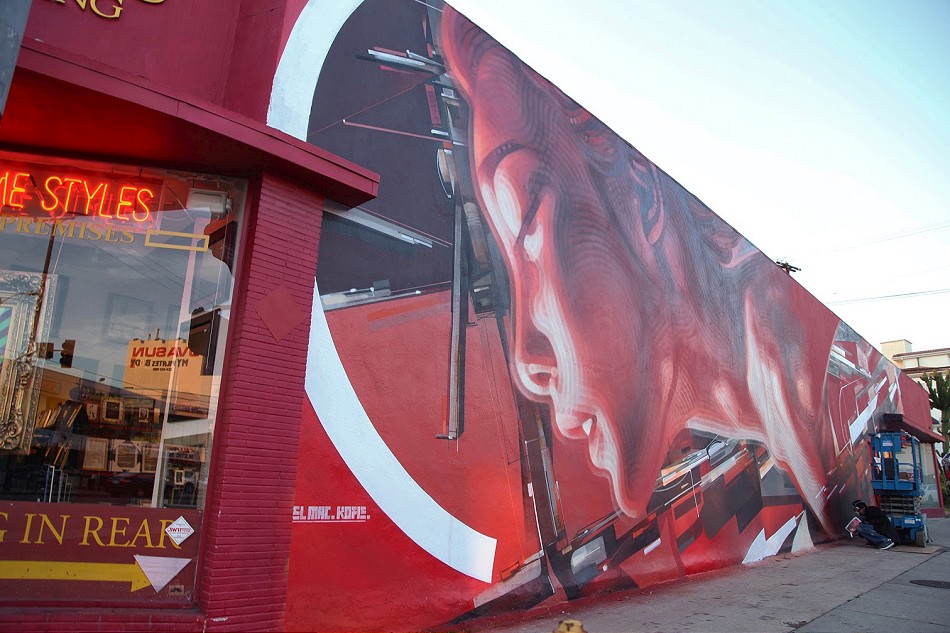 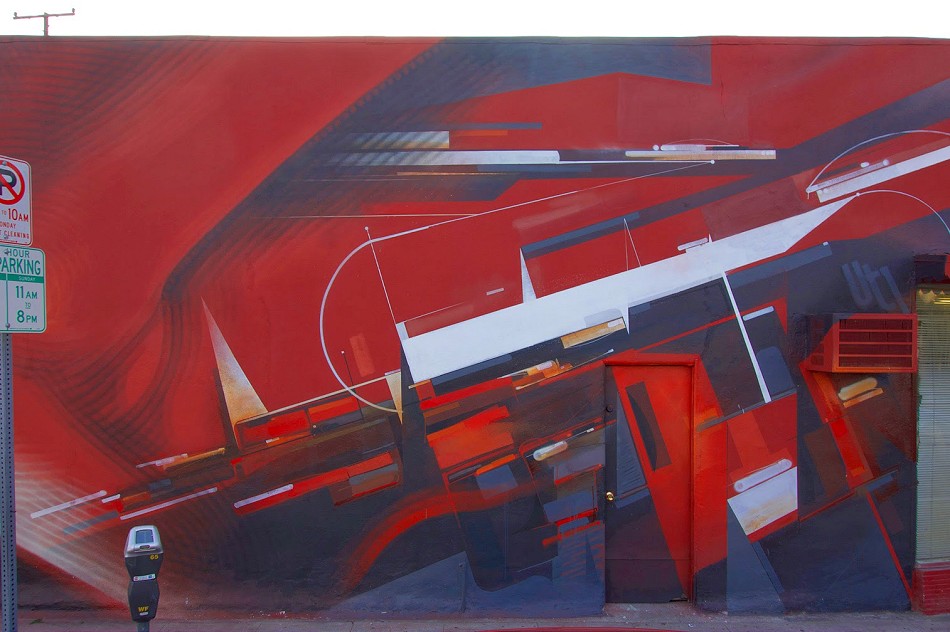 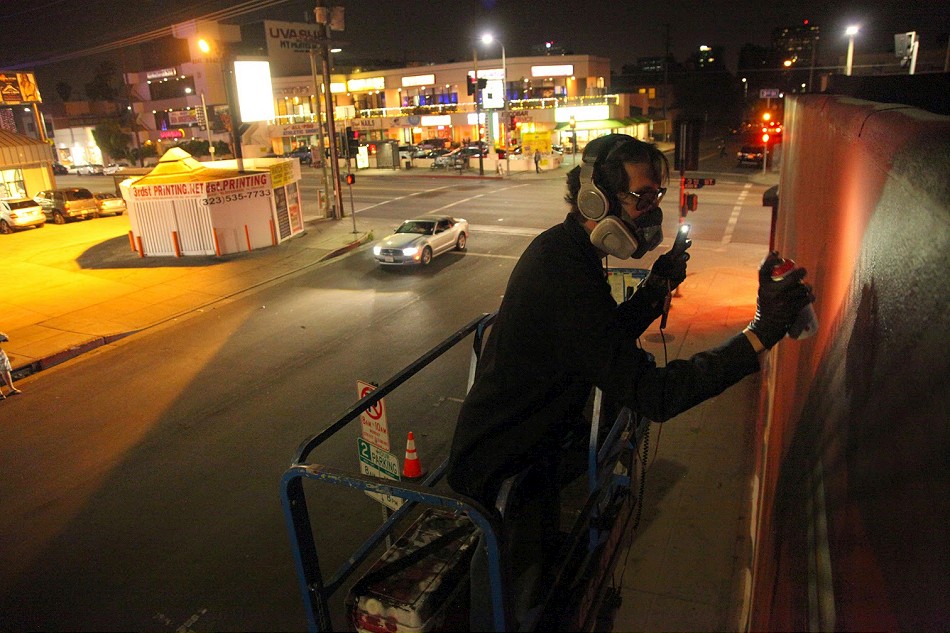