This weekend marked the end of the unique Vision Art Festival that was held through the week in Crans-Montana resort in Switzerland. Blessed with exceptionally beautiful weather and an inspirational surrounding, the artists were able to finished their works with AM on hand to take some some exclusive photos of the newest murals for you to enjoy.

Australian-born artist James Reka painted another large piece on a cable station placed 2,000m above sea level. Depicting an insect on its back with a hand reaching toards it, the mural is overlooking the beautiful valley underneath. 500m up the mountain, on the very peak of Bealla Lui, French artist Remed created a unique piece fully inspired by the structure of the given building. Covering different walls the piece is created using his colorful and abstract floral elements along with his unique typography. Spelling Sator, Arepo, Tenet, Opera, Roas, an ancient Latin palindromic sentence, the piece gets almost a spiritual feel placed on top of a majestic mountain. Swiss art duo painted Never Crew a lovely image mixing their surrealist concept and photorealist visual elements. Depicting a polar bear floating in a sliced cloud, the work is clevery wrapped in a blue ribbon that begins and ends with a stencil image of an unknown engine. Right next to their work, Chor Boogie unleashed his creativity on every surface reachable. From lamp post, columns, bins, to two large wall section, he created an eclectic psychodelic mixture that glorifies the beauty and the power of love. Another Swiss participant in the festival, Miami based Leza One painted an image of a traditinal Swiss grandmother, but also incorporated symbols as a critique on modern Switzerland. After a couple of days in a secluded location of an old cable station, Brazilian artist Toz wrapped up his large colorful piece. Continuing on the same direction as his recently created installation in Paris, it is an explosion of colors and patterns along with his favorite characters from early graffiti days. Along with painted works scattered around the ski resort and the towns of Crans and Montana, the festival included couple of sculptural installations such as a over sized rocking horse by the conceptual artist Dan Acher. 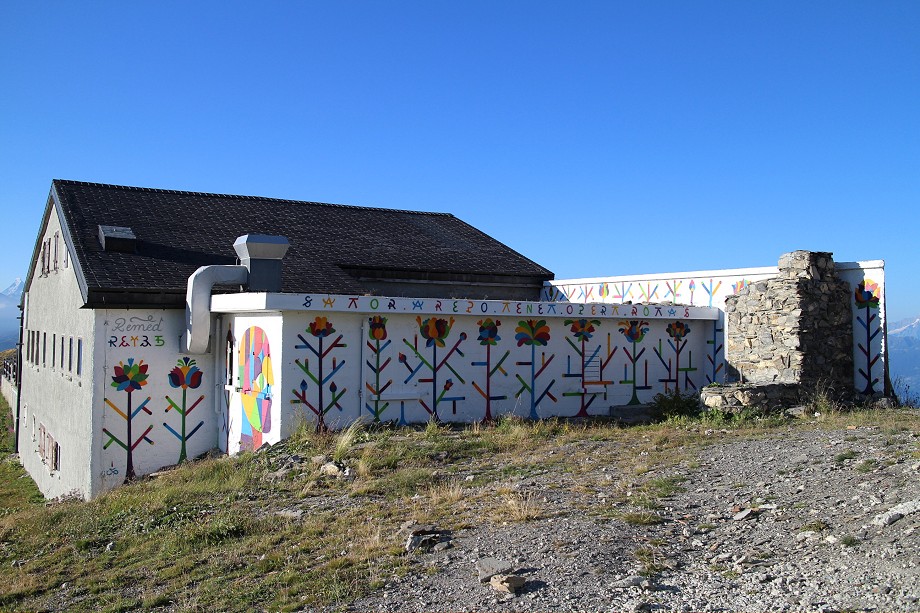 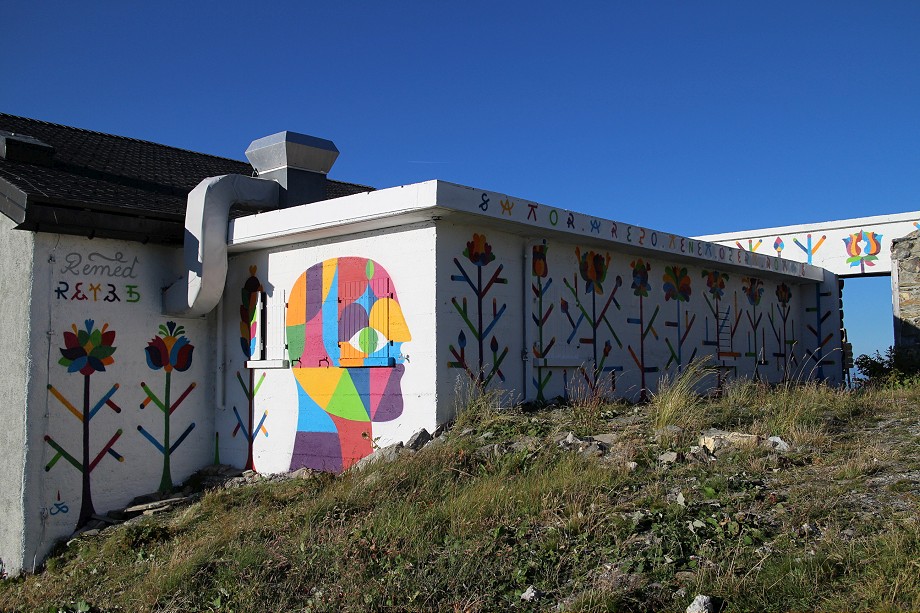 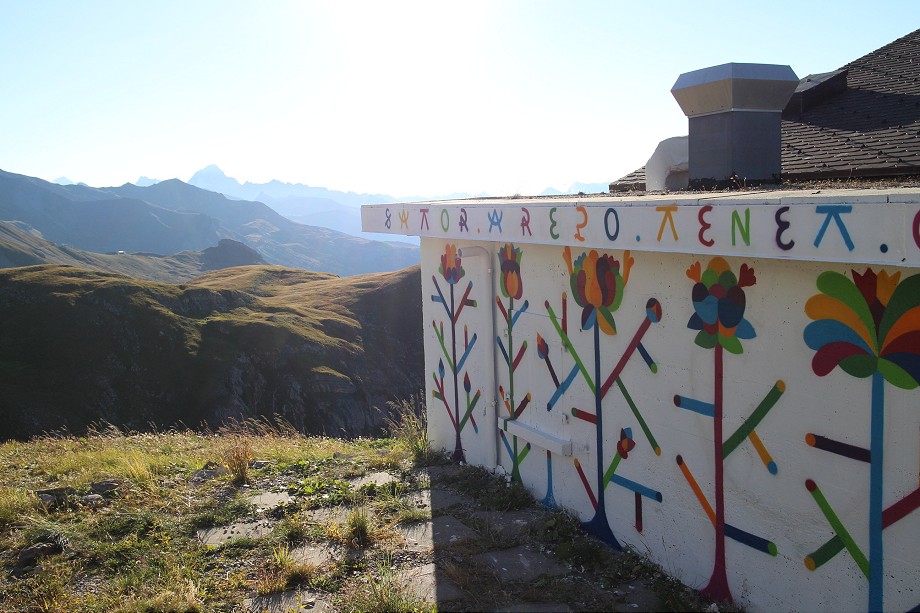 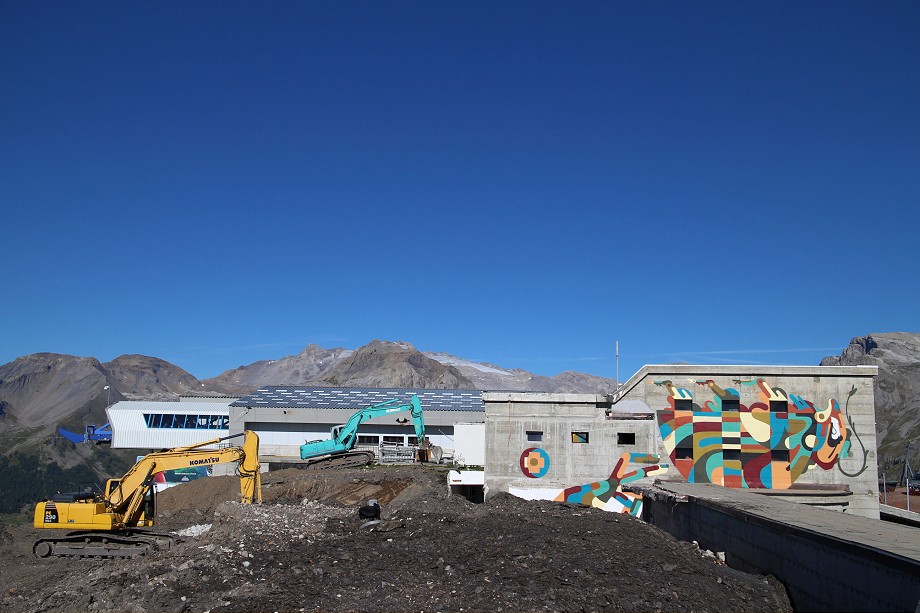 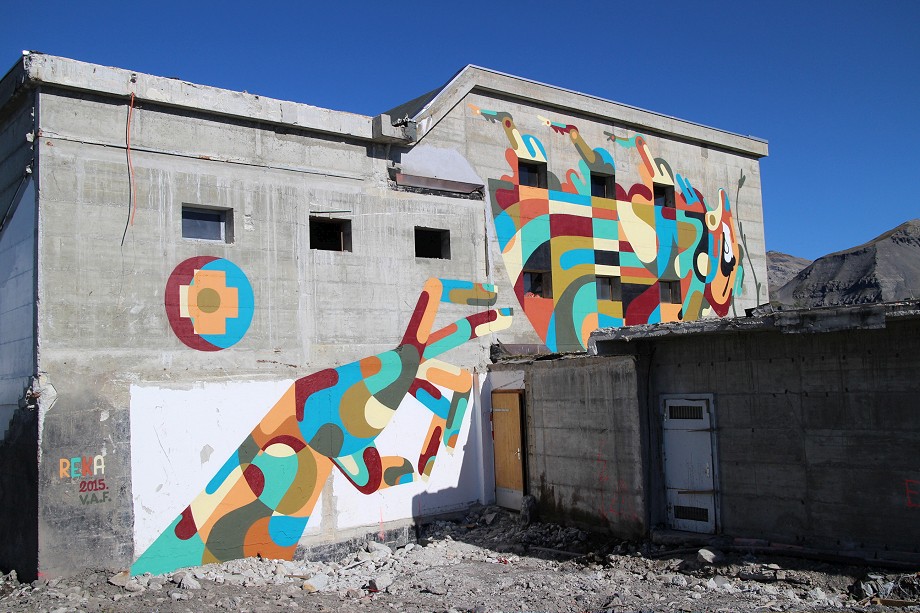 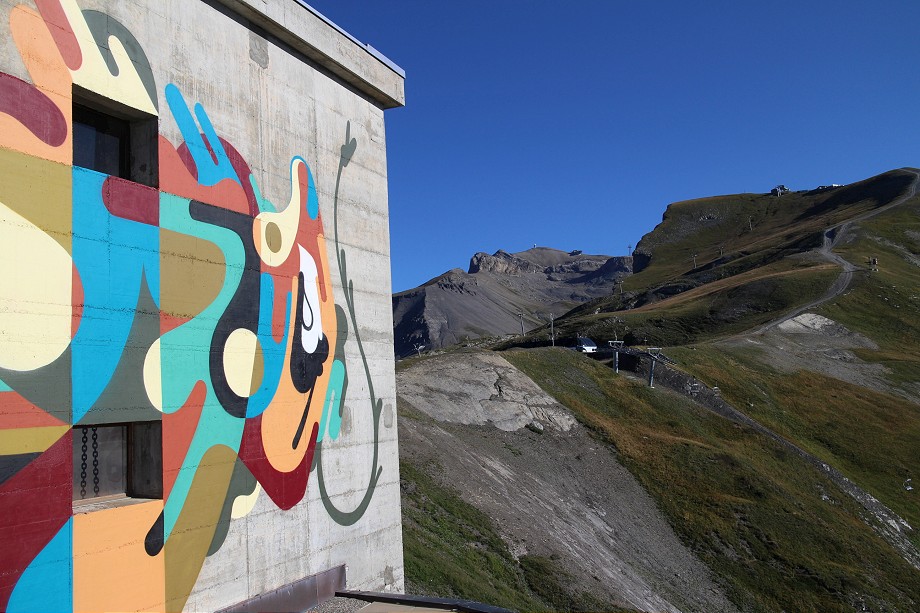 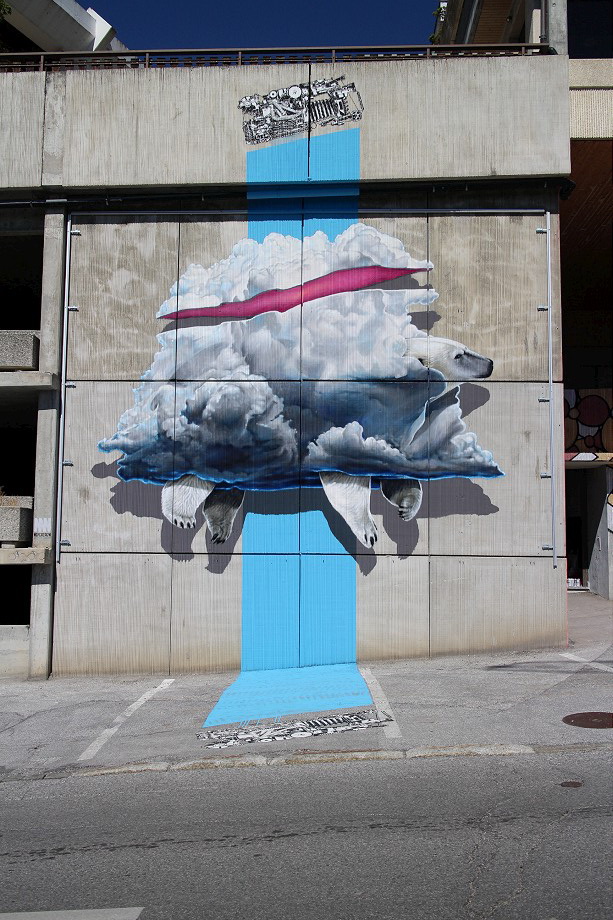 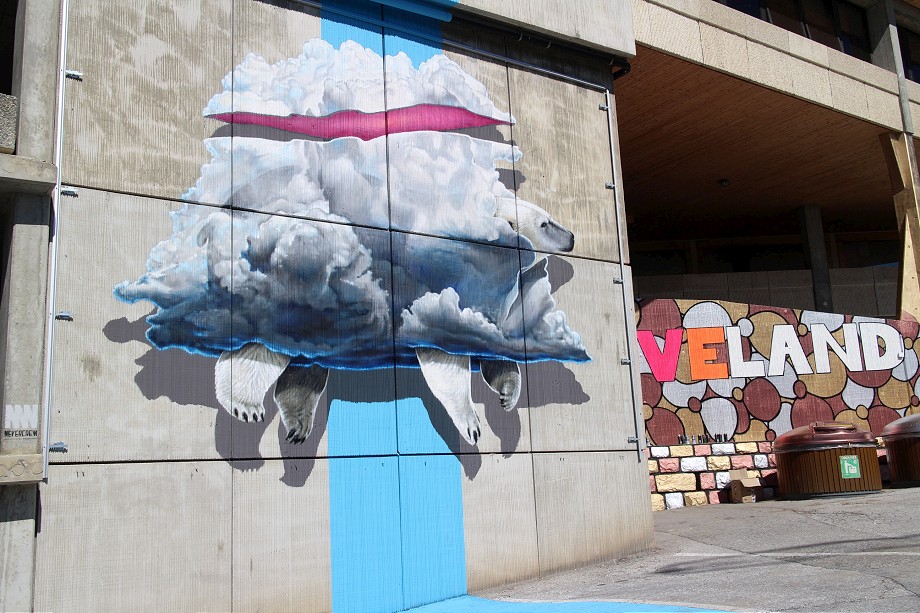