To close a successful year, Katrin Fridriks is about to open a new solo with Circle Culture Gallery at their space in Hamburg on November 6th. From the preview photos and info we just received from the Icelandic artist’s worshop, New Wave looks like a coherent show of exclusively square shaped canvases focused on the law of gravity.

These new works continue her Riding Awareness series in which paint is captured on the surface of her canvases while flowing and forming spontaneous and unplanned shapes. Seemingly calmer and more harmonious than some more expressive examples from this series, especially the Gene & Ethics ones, the new works are created using a new technical process developed at her workshop. By shooting the paint on the surfaces at a certain speed and frequency, the conceptual artist achieves compositions that can be compared to the sensitivity curve of a gravitational wave. The results are textured paintings consisting of razor sharp abstract shapes with a lot of depth, feeling almost sculptural in some parts.

Scientific aspects of these new works surely inspired the titles of particular pieces, such as Speed of Light – High Frequency (header), Enlightening Curve of Awareness, Personal Speed of Light, Curvative Mass Sensation, etc. By capturing the energy and movement that is the essence of creating artwork or creation in general, Fridriks’ work invites the observer to become part of the process by visualizing other forms of the image. The clash between the perfect square canvases and liquid shapes of flowing paint creates a visual illusion which is accented by the contrast between the silver background and hyper vivid primary colors used. Because she is known for her perfectionist approach to every segment of her work, we’re looking forward to seeing exhibition installed and presented to public between 6th of November 2015 until 26th of February 2016. 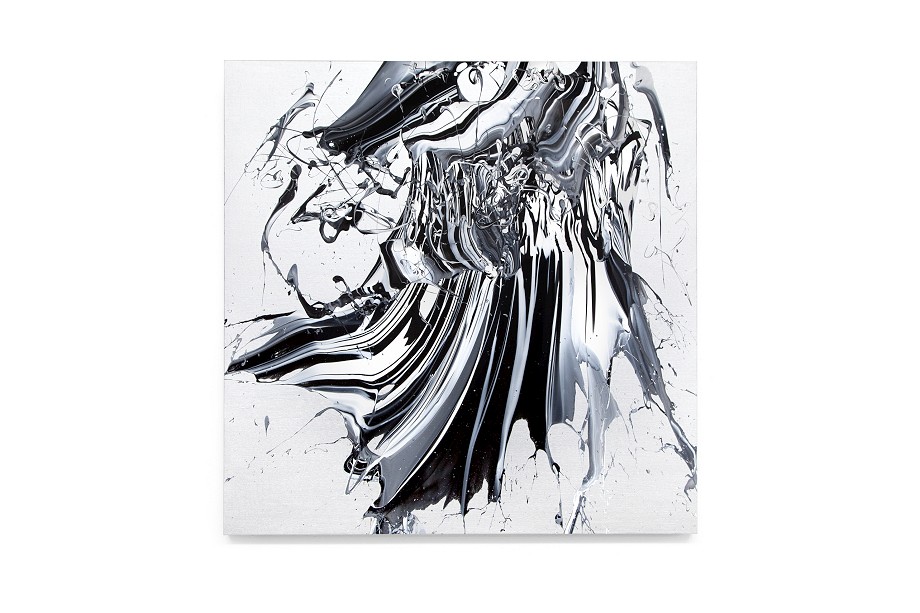 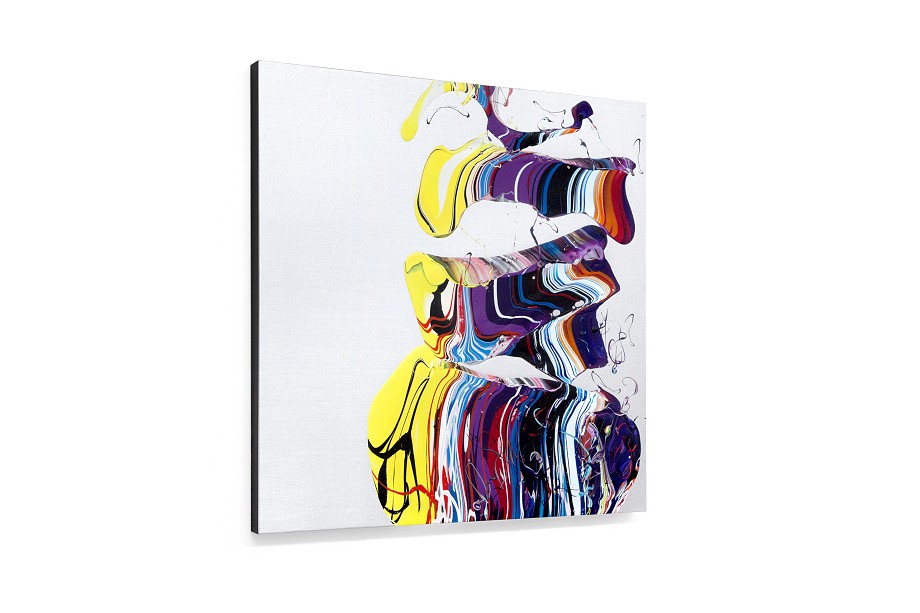 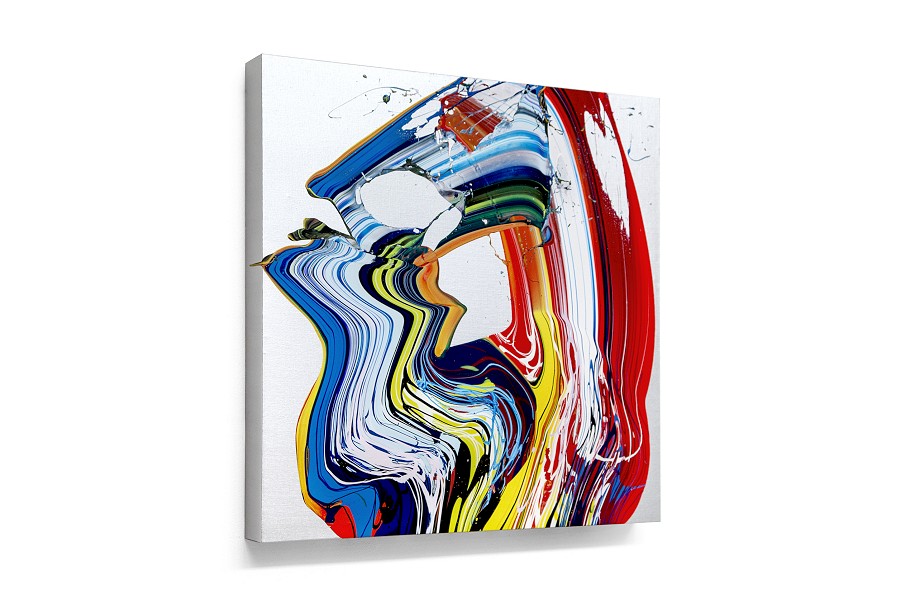