Almost precisely one year since his debut show with the gallery, Todd James recently returned to Tokyo for his latest solo with Nanzuka Gallery titled Fly Like The Wind. The exhibition that opened on the 3rd of October and will stay on view until the 14th of November includes 10 mostly large canvases and 8 works on paper as well as a limited edition plush toy based on his Tit Wizard character.

For his second show with the gallery, the NYC-based artist painted a new body of work which further evolves his very distinctive, flat visual language. By minimizing his imagery to bare silhouettes and contours, his acrylic paintings look like collage assemblages of bright colored paper. Taking influence from both comics and his graffiti days, he developed recognizable aesthetic that works best on the large scale canvases he’s been focusing on lately. Stepping away from his recent series of Somali pirates inspired works, the new paintings are focused on the leisure lives of his voluptuous female characters and army related images. Bringing back a whole fleet of happy, smiling bomber planes, next to nude blondes lounging alongside their feline friends, James’ work is parodying the current state of the western world and the imagery that mass media is bombing us with. Commenting on sexualization and glorifying of armed forces, his works are a mashup of politics, humor and everyday images from TV. Not restrained by anything, both visually and technically, his loose representation of reality include both recurring explicit details along with classic elements such as lounging chairs, vases, lush plants, pets, etc. 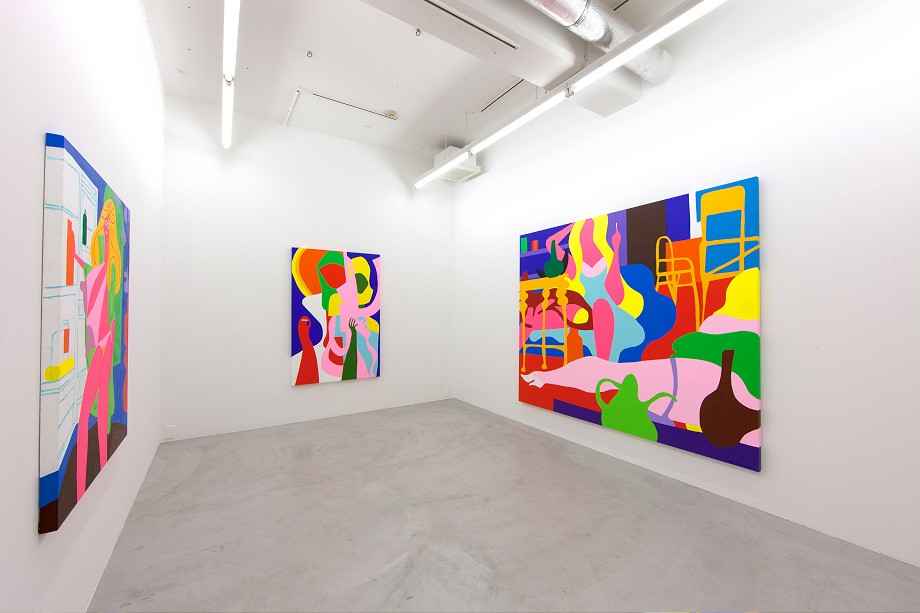 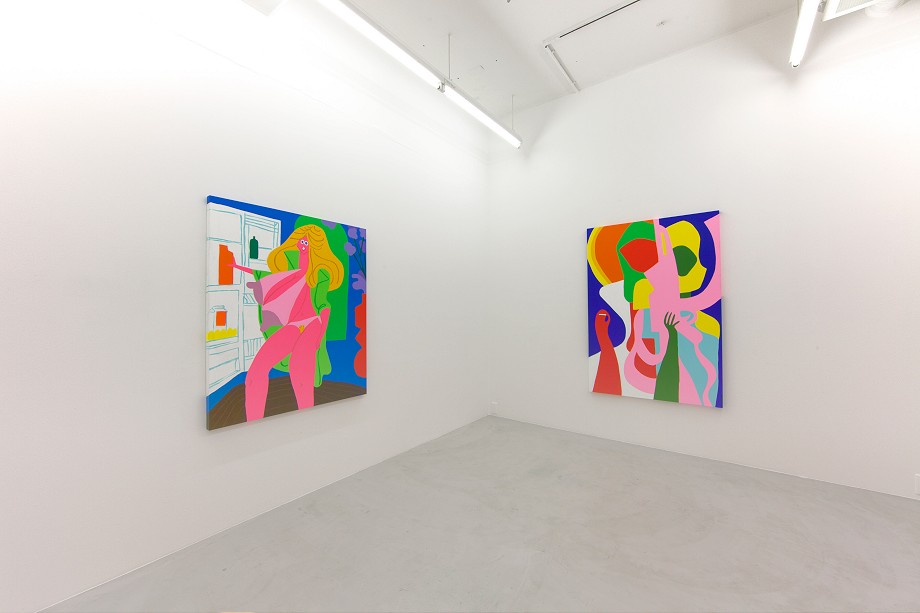 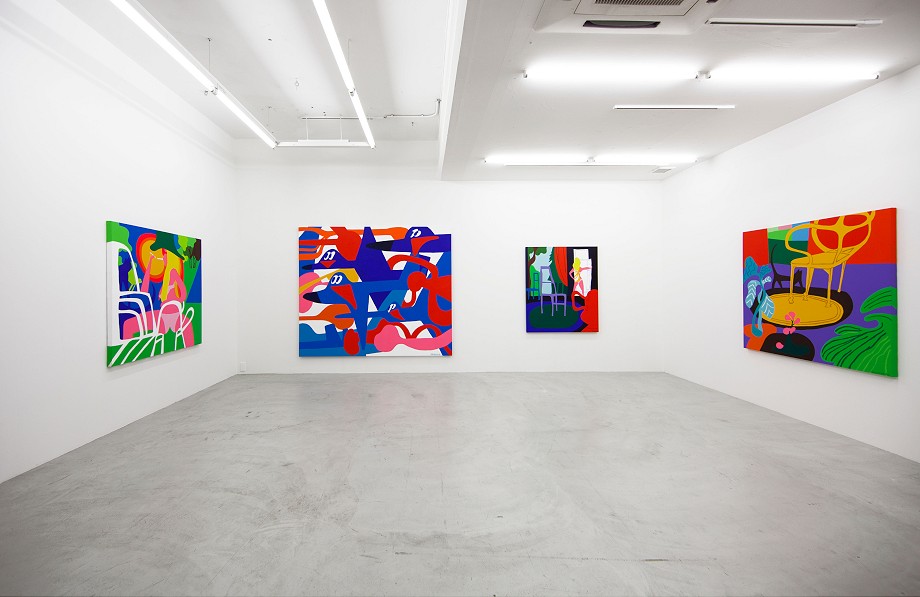 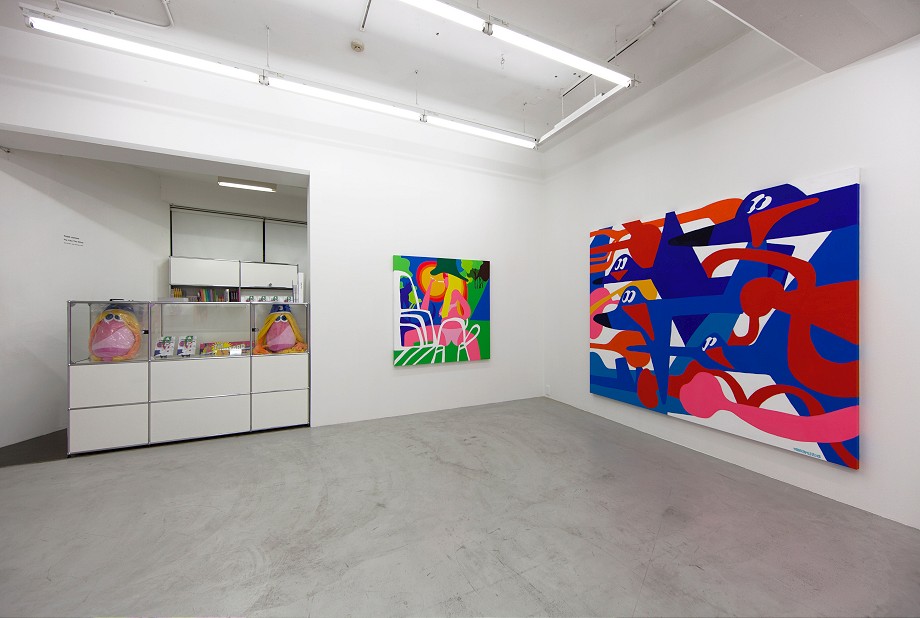 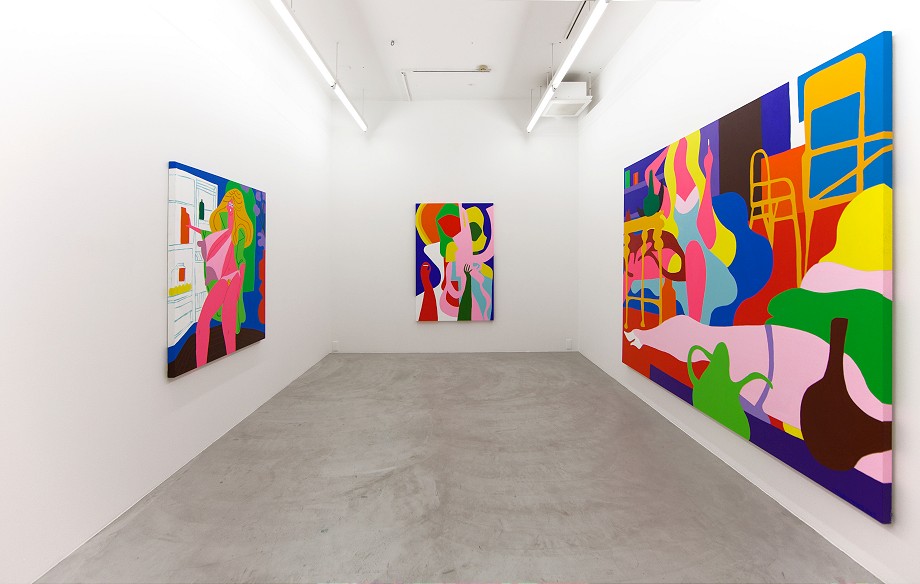 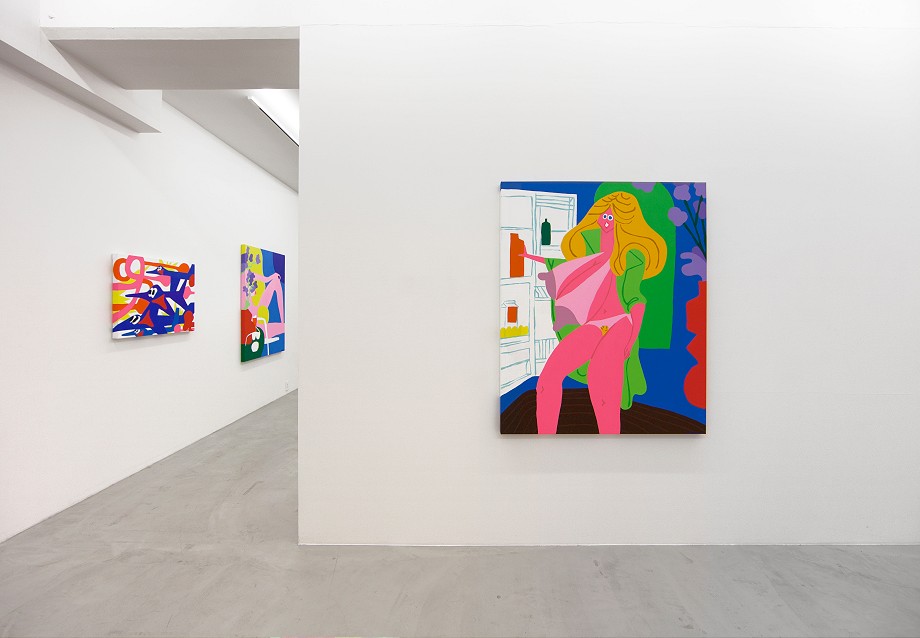 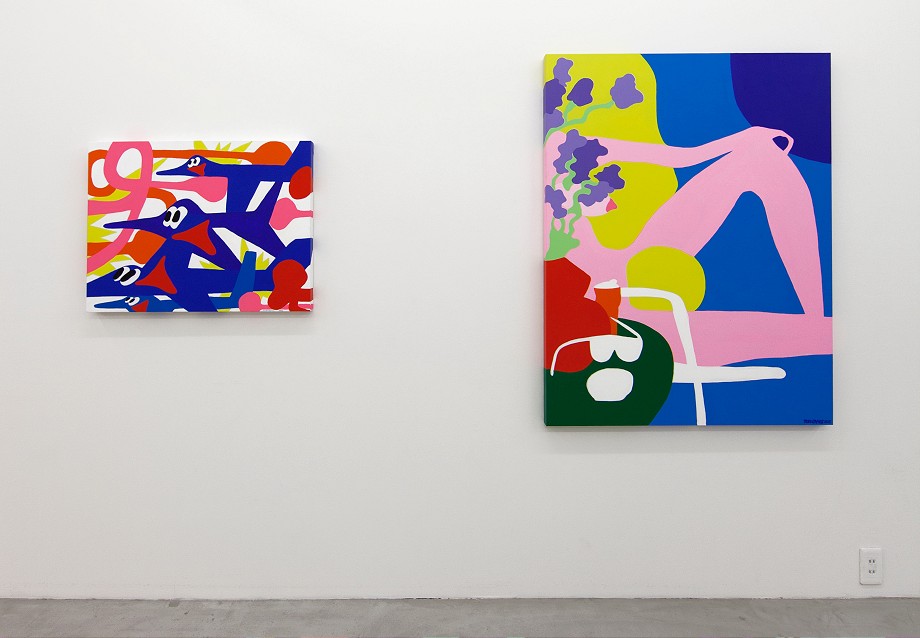 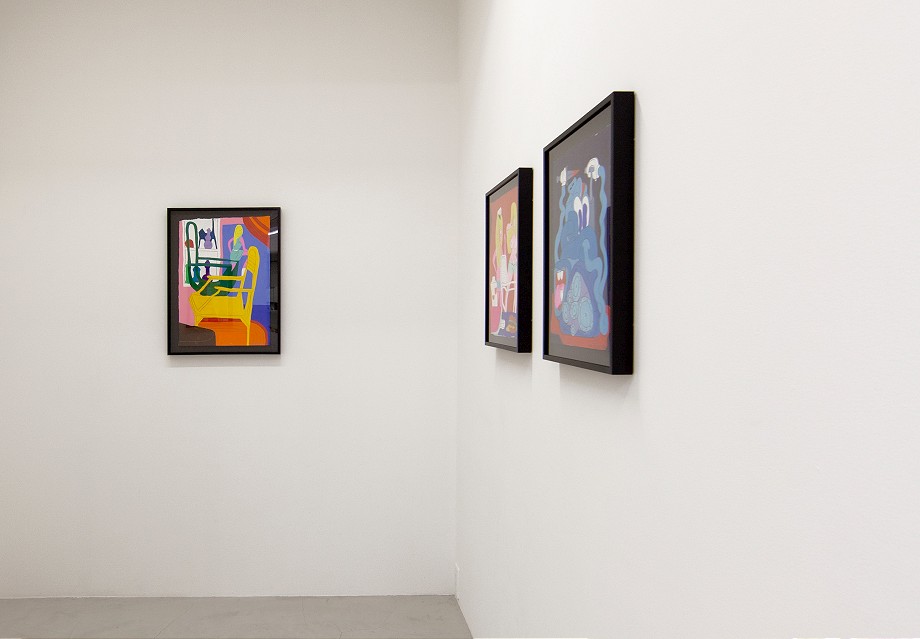