Last week, Urban Nation curated an event in Reykjavic in association with the Iceland Airwaves Music Festival where participants were paired with an audio artist who provided the visual artist with a song, a title, a poem, a quote or a book that greatly influenced their work. The series of works was entitled Wall Poetry and featured the works of  D*Face, Elle, Evoca1, Tankpetrol, Cara, Ernest Zacharevic, Telmomiel, and DeihXLF (seen here) near venues where the bands will be playing during the festival from November 4-8 in Iceland’s capital.

For his part, DEIH was inspired by his vision of a “waterfall”, which was a song from VÖK. Created usual the Spanish street artist signature use of vibrant colors and comic-inspired imagery, the mural was nice subtle interpretation of his subject matter. 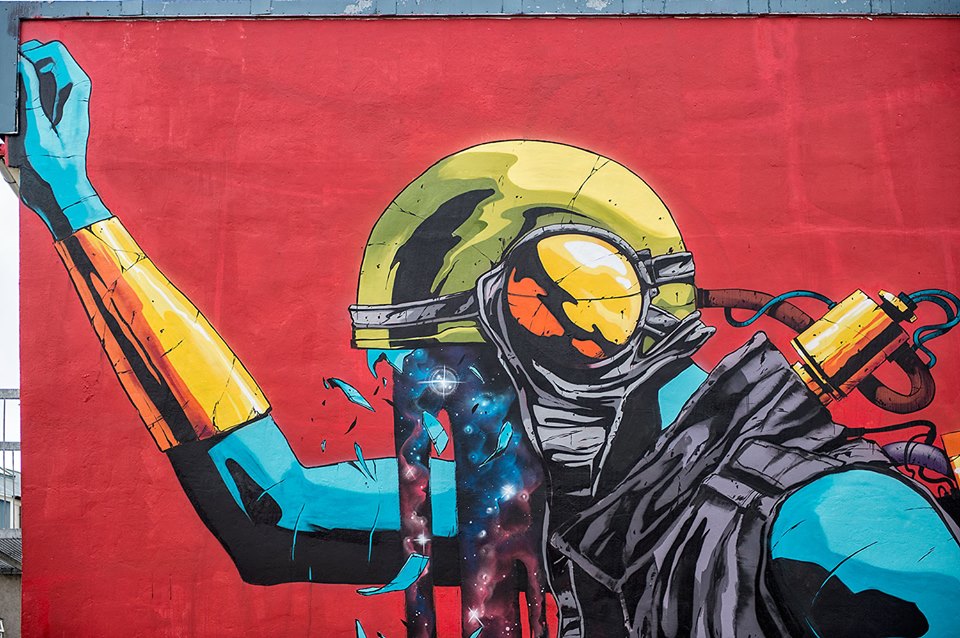 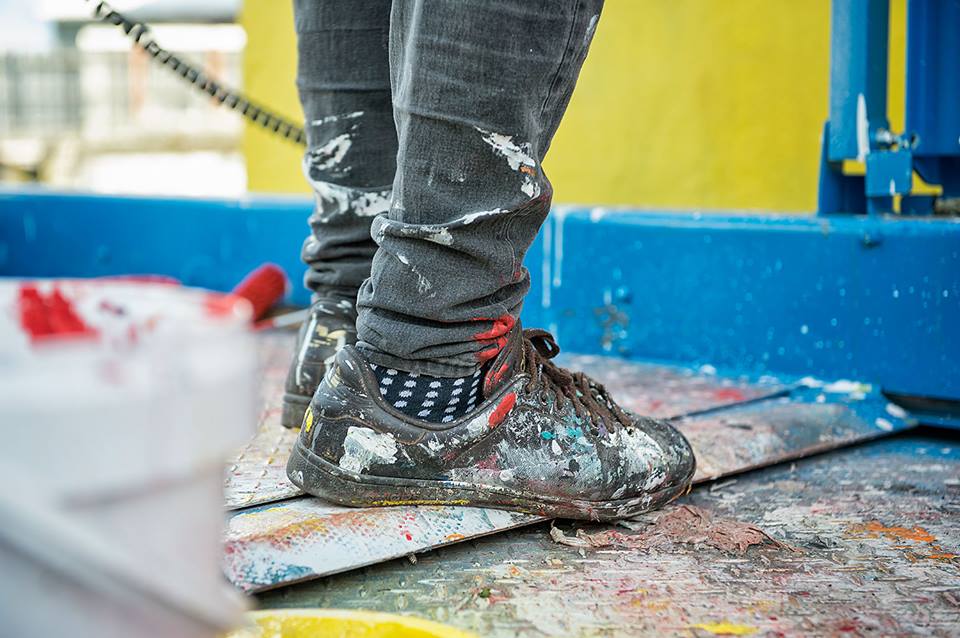 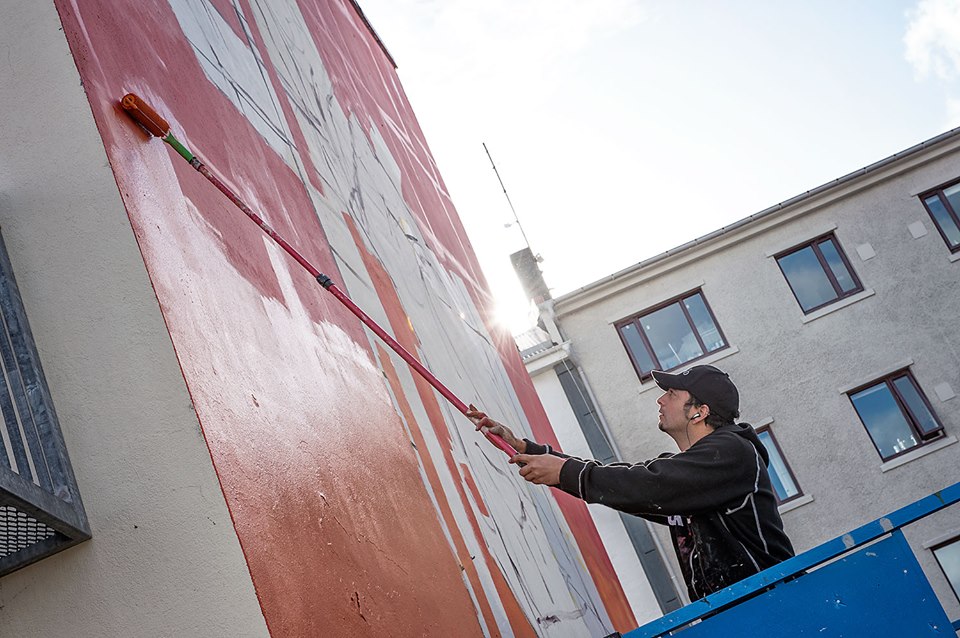 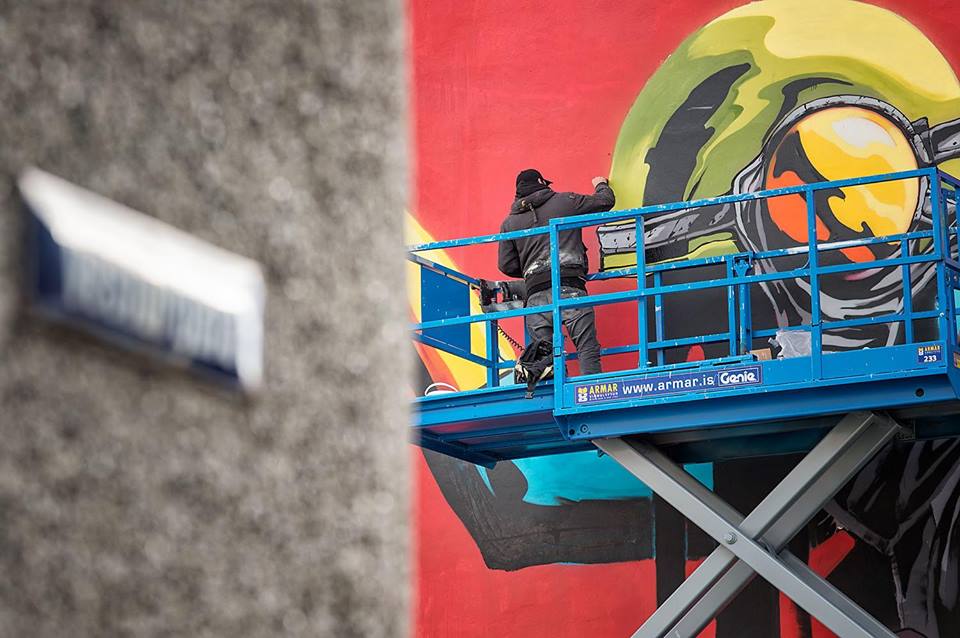 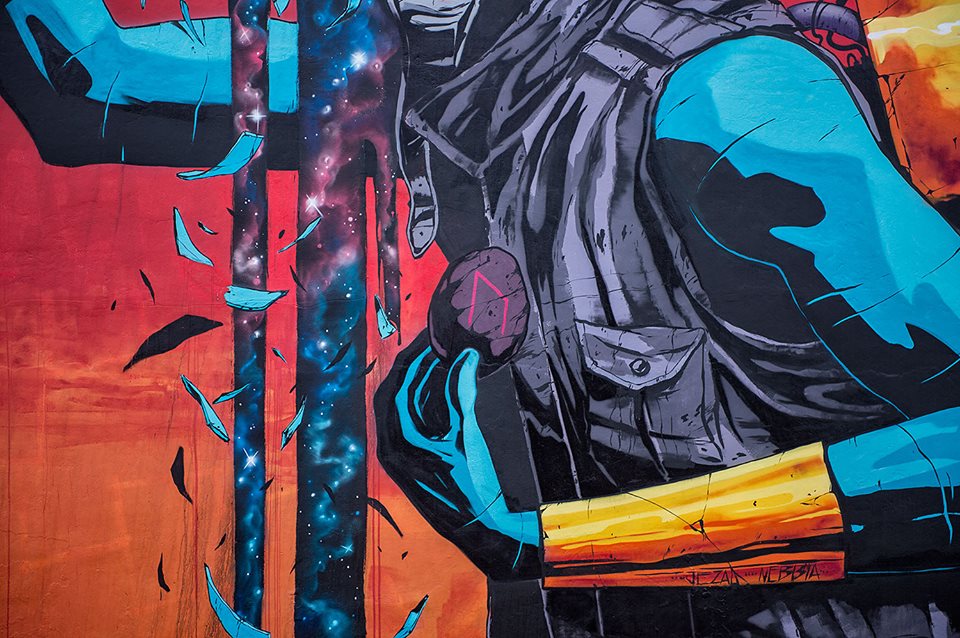