Another artist whose work we’ve been following for some time, Christian Rex van Minnen (featured), will be introducing his newest work during Basel Week Miami. Showing with Gallery Poulsen from Copenhagen, the NY-based artist prepared two large pieces for this event along with other artists represented by the gallery including Aaron Johnson, Mi Ju, Mu Pan, William Powhida, Jean-Pierre Roy, and Nicola Verlato.

Both pieces from van Minnen, Grotto with Nietzsche and Anal (top) and Deez Mothafuckin Chakraz!, are oil paintings on linen, measuring 72 x 48″. One is a classic van Minnen-like still life composition placed in a grotto and comprised of colorful gooey shapes as well as tattooed body part, a used condom, hanging clothes, a snake and other weird symbols and elementss. The next one is more a dynamic, figurative piece showing a man figure falling away from his intestines which are shown as an assemble of colorful gummy bear like organs. Through the bright colors used and the arrangement of the organs, these are represent the seven centers of spiritual power in the human body, as seen in Western adaptation of Hindu yogic chakras. Both pieces are great example of the van Minnen’s incredible painting skills and his tendency to mix the classic realist paintings with modern, or even futuristic color palletes as well as surrealist or abstract elements. 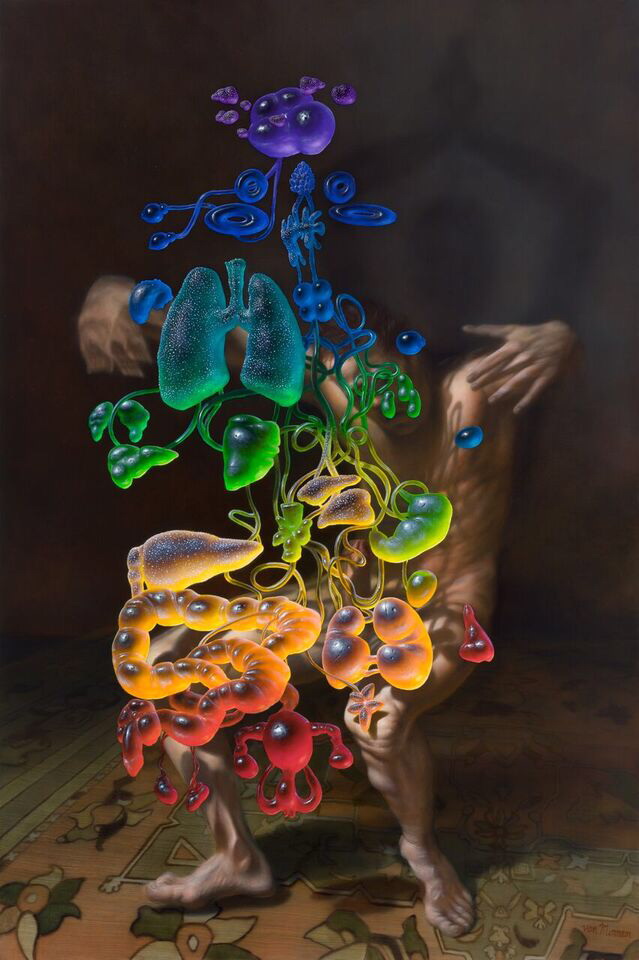 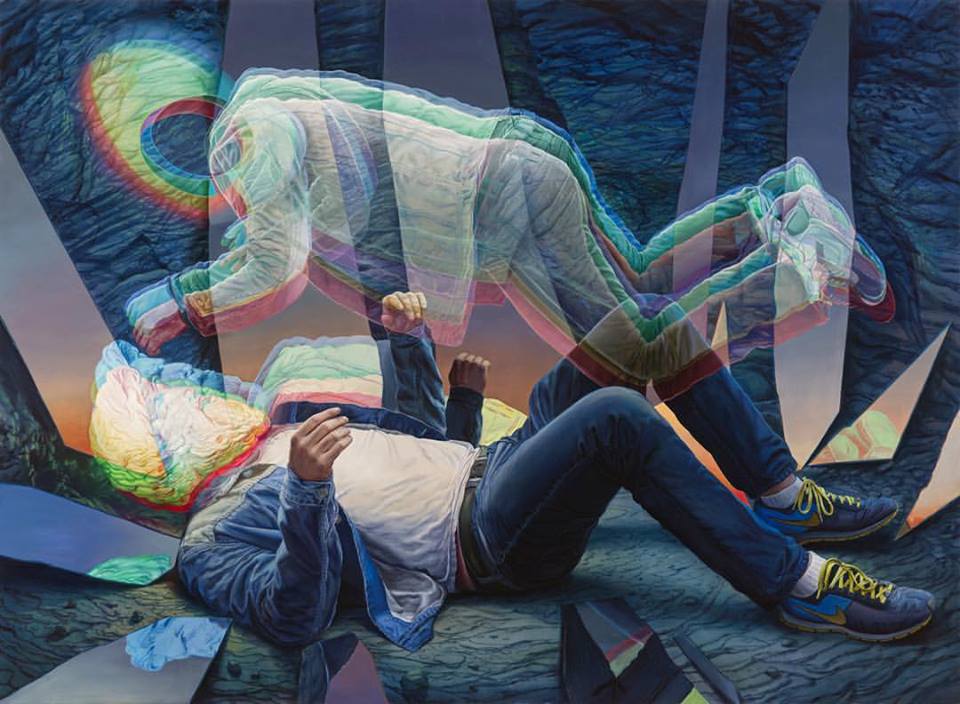 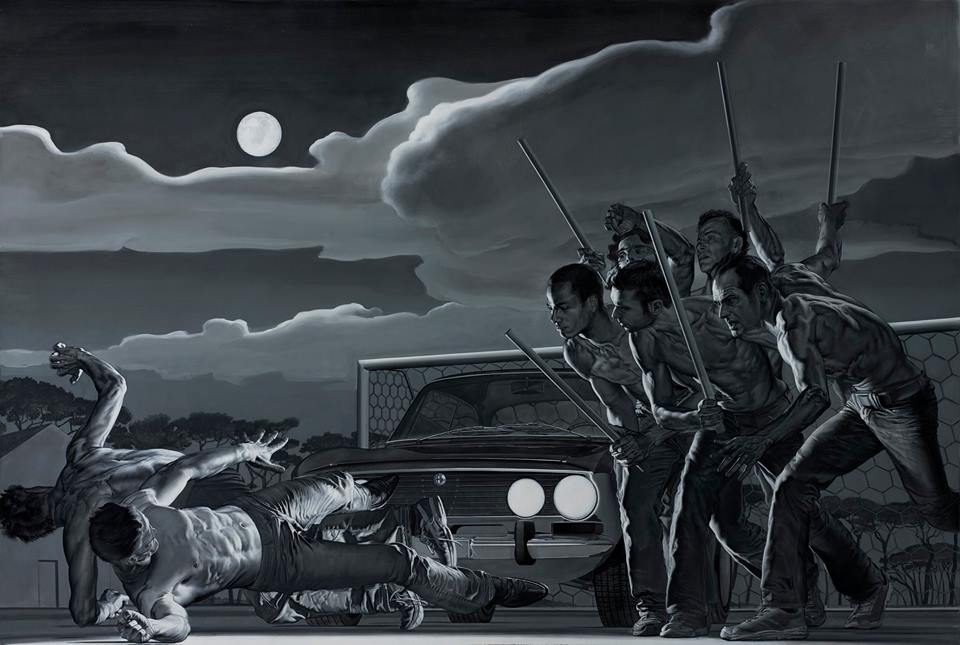