On the 7th of November, Gauntlet Gallery in San Francisco will be opening two geometrically inclined exhibitions curated by their guest curator Sven Davis. Neo Geo is a two-person exhibition featuring Carl Cashman and Liam Snootle in the gallery 1 space, along with BlackThings, is a solo exhibition by Parasite in gallery 2.

For this show, Cashman created a new body of work in two parts – one is a further exploration of his geo-based concepts, this time mixing abstract backgrounds and geometrical shapes and patterns, with the other playing with the idea of illusion and tricking the eye. Still recognizable and within his visual language, this new concept of creating images by using only straight lines, allows the artist to incorporate texts and symbols into his work.

On other hand, Australian Snootle will be introducing his minimalist works that play with the interaction of strict shapes and solid colors. Through the simple effect of transparency, his flat images get a sense of depth and perspective, feeling like hologramic origami objects. 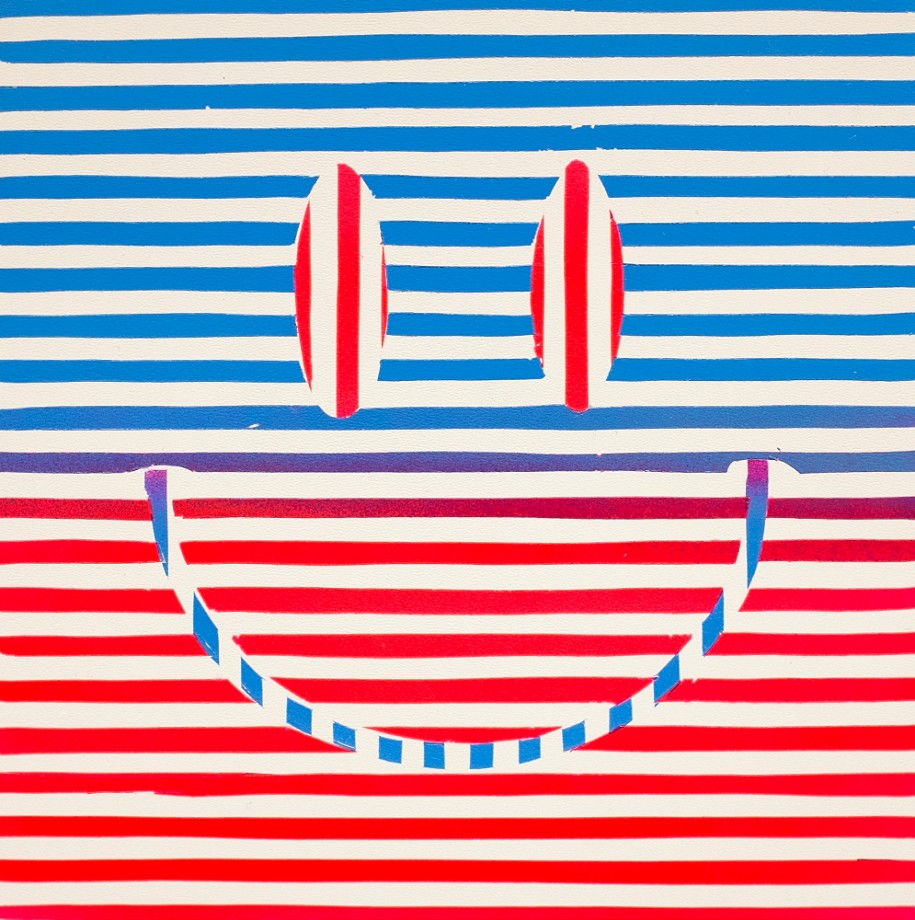 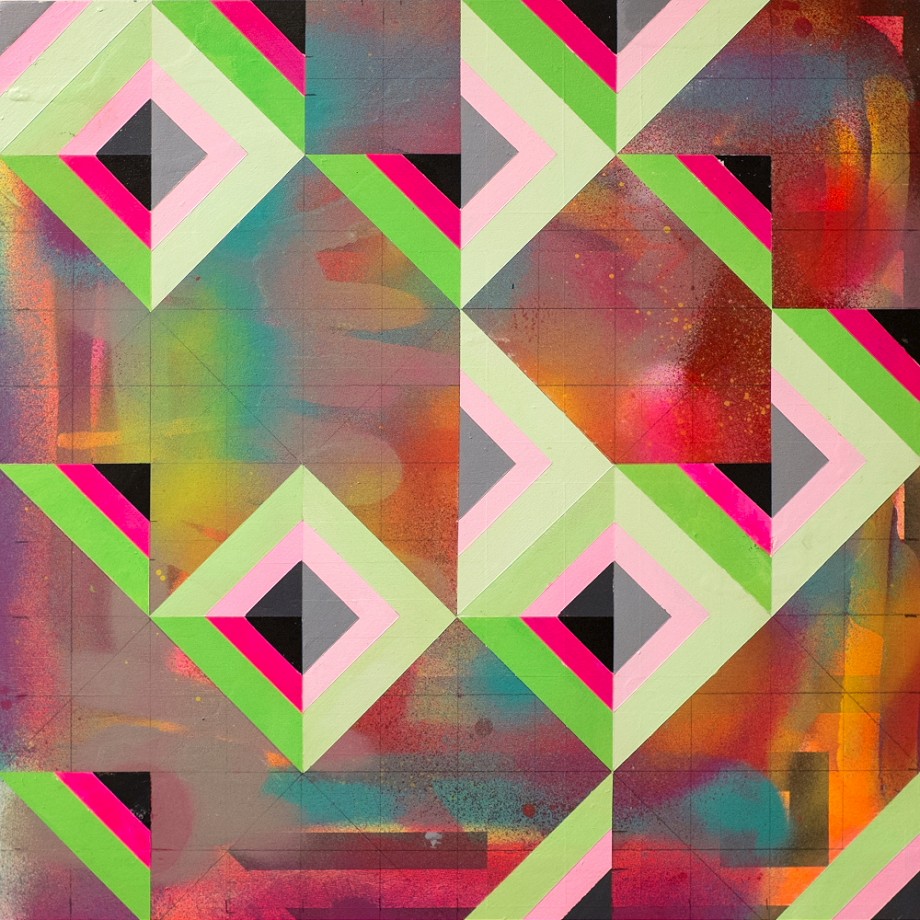 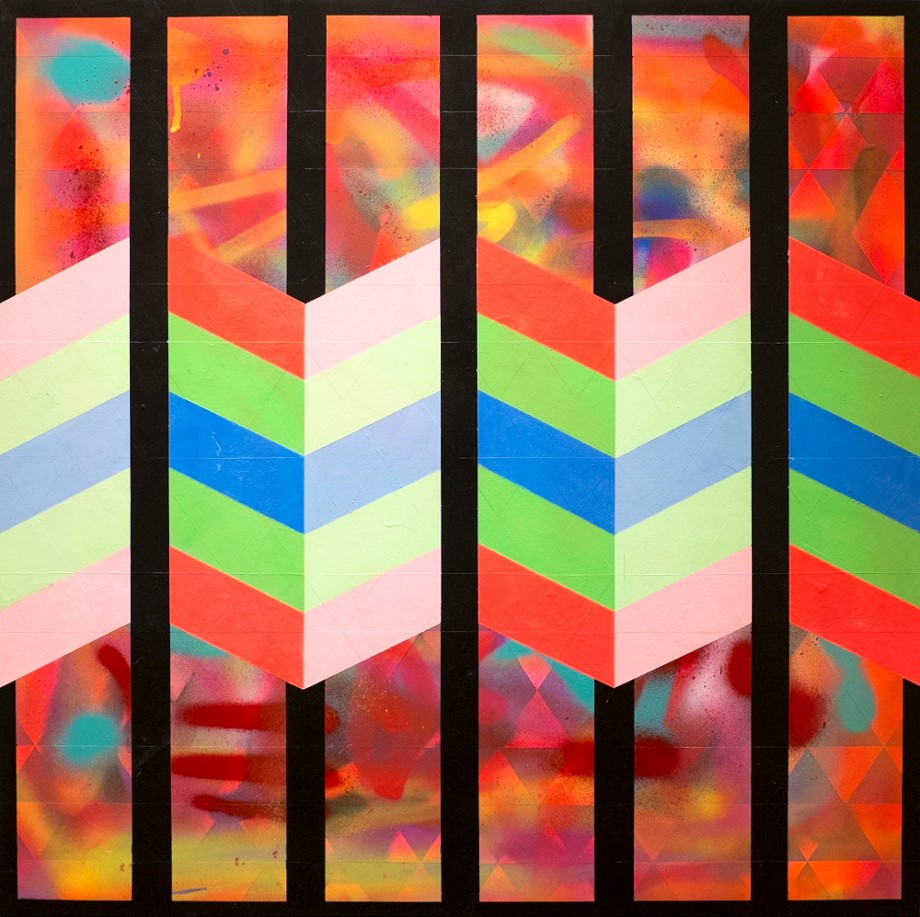 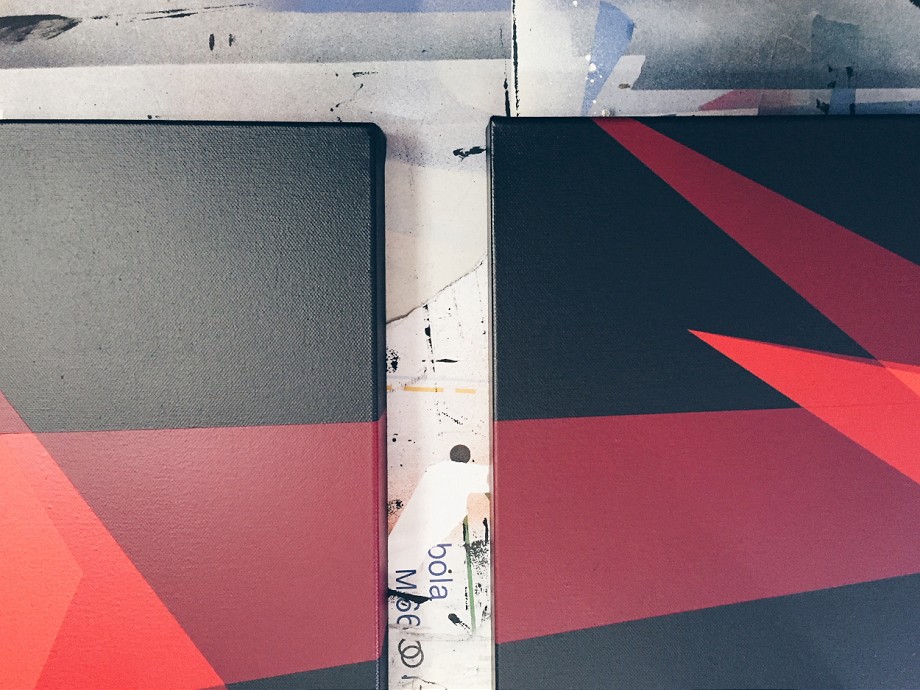 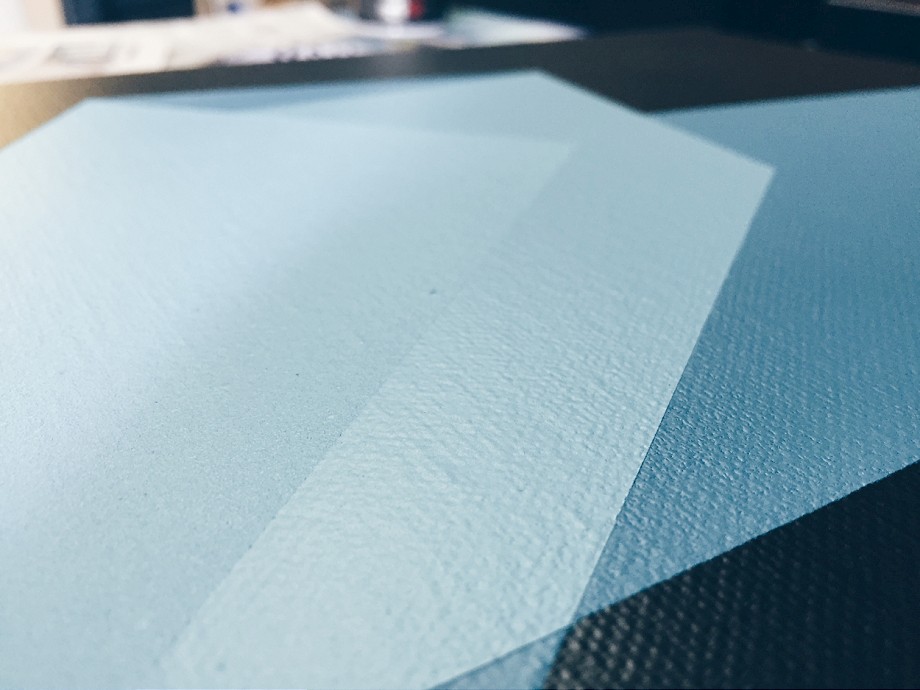 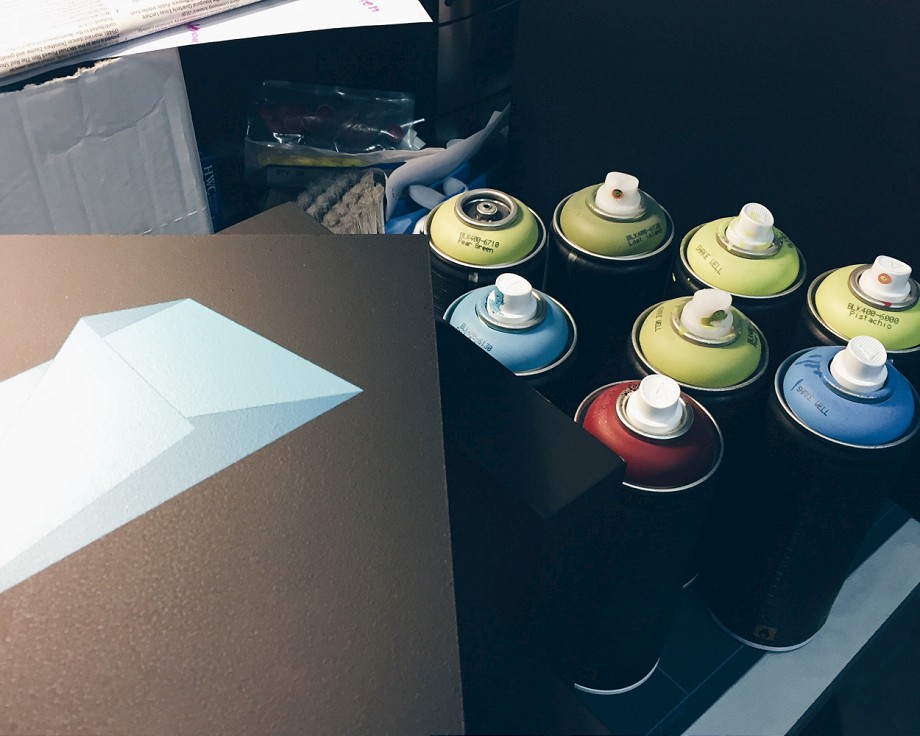 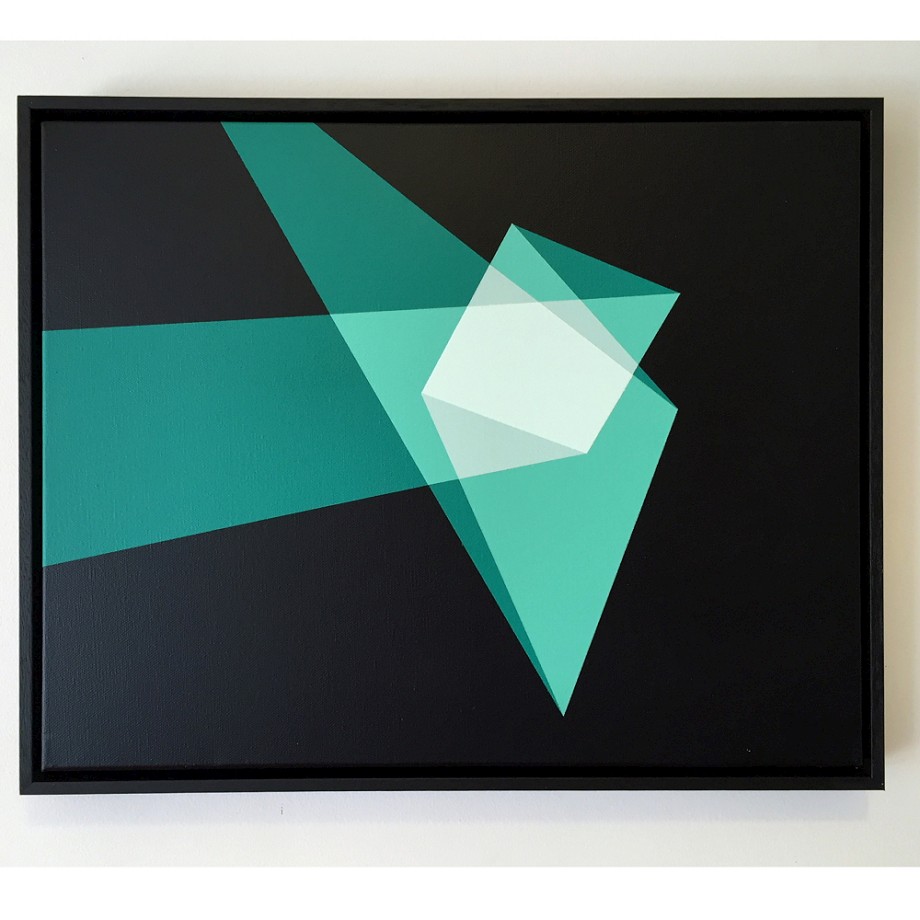 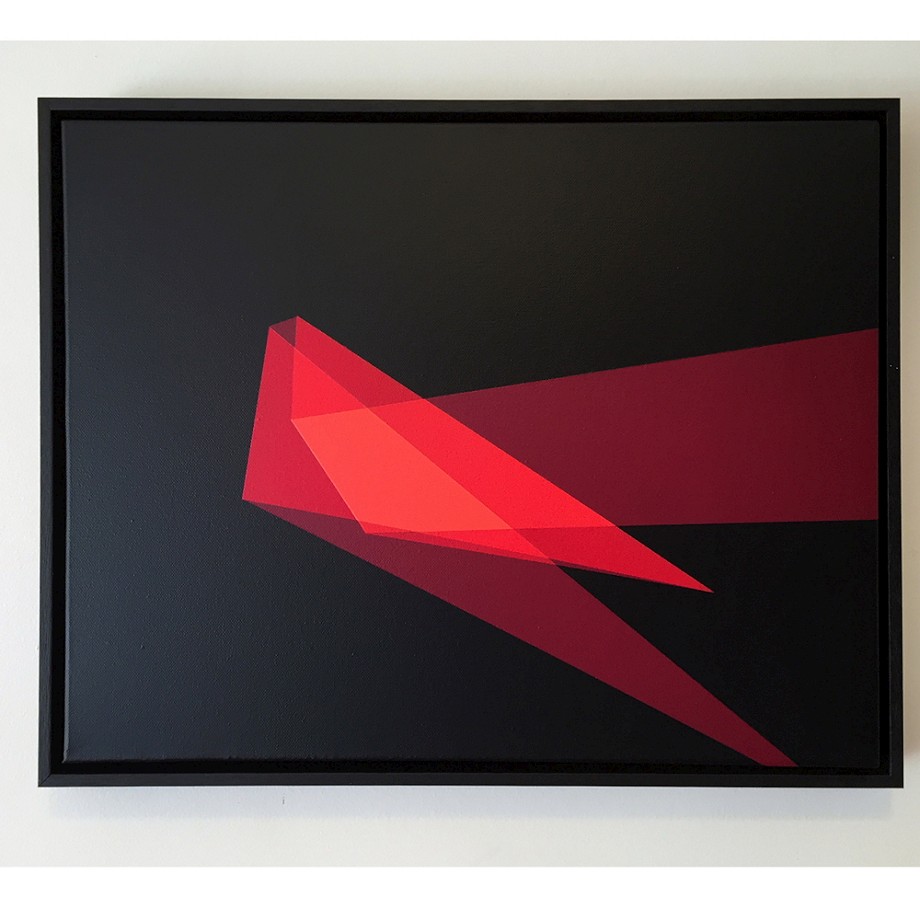