Yesterday, Tristan Eaton revealed a project he has been working on getting started for the past five years – a plan to paint the Red Sands Sea Forts off the coast of the UK along with Shepard Fairey, Futura, How & Nosm, and The London Police. Although the proposal does have its naysayers who bring up some valid points, the ultimate goal is to bring enough attention to these historic structures built during World War II thereby generating enough money to hopefully preserve these for posterity. Along with painting five of the forts, the ideas is to leave one of them to nature and restore another one to its original state when it was first built.

Learn more about Painted Oceans (which has support from the Project Redsand) from the kickstarter here.

“Project Redsand has received a large number of comments about the proposal to place a mural installation on the Redsand Towers. This proposal is being carefully considered by the Trustees who very much welcome your opinions on the matter. The Trust is in discussion about the proposals so nothing is yet set in stone. The mural artists are somewhat premature in publicizing their initiative. These murals would be a temporary installation until work commences on the restoration of the entire Fort. The initiative is to raise funds for very urgent repairs and maintenance as we now have an accelerating rate of deterioration. The extensive publicity generated will also raise awareness of the plight of these structures which are in urgent need of serious finance.” 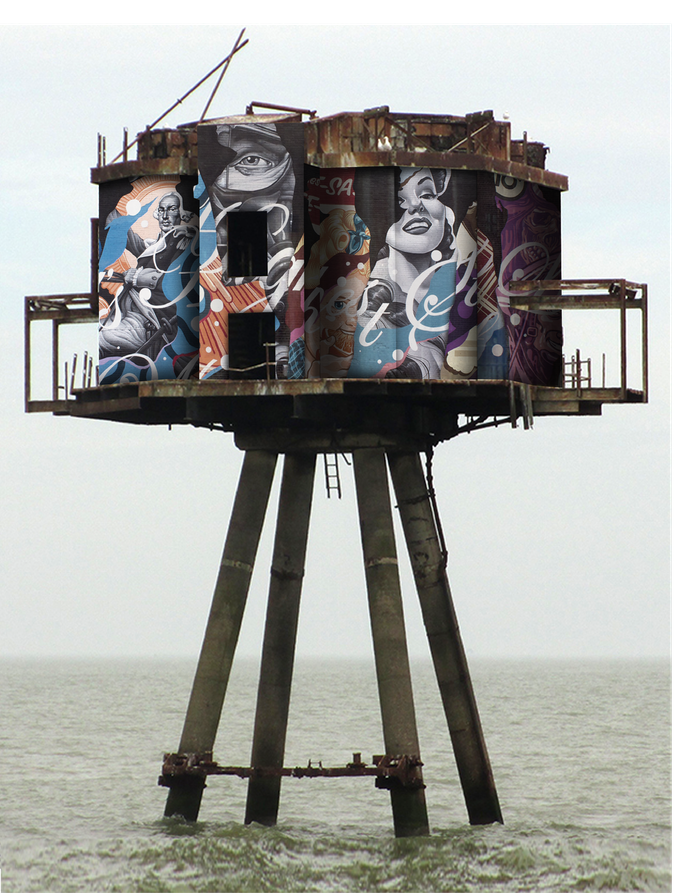