Gris1, a member of the infamous DMV crew from France, recently opened his Mixité Sociale solo at Galerie Artistik Rezo in Paris on the 13th of January. The show includes an elaborate installation created in the gallery space, along with several large canvases, ink drawings on paper, and limited edition lithographs.

Inspired by pigeons as an animal that humans sharing their living space with, all the works featured depict the “rats of the skies,” as they are seen in some parts of the world. The whole exhibition is created around the concept of similarity between humans and pigeons – both living in the city and active in the streets – these social creatures depend on the crumbs we leave behind.

Using a distinctive collage style, the French artist constructed images using different techniques – graffiti elements, ink drawings, realistic details, and signature abstract parts built of colorful lines. With numerous cardboard birds feeding on colorful crumbs around the gallery, the entire installation has the feeling of a buzzing city park or a square infested with these familiar creatures. Along with showing their “dirty side” as a symbol of our society, the large canvases as well as the limited editions are inspired by the iconic Blue Dove image. This contrast between the same animal being the universal symbol of peace and the sign of dirt, is a great example of the way human perception can change in different circumstances.

Released in total of 70 pieces, the limited edition lithograph produced at Idem studio in Paris, includes 30 black and white and 40 hand colored examples. 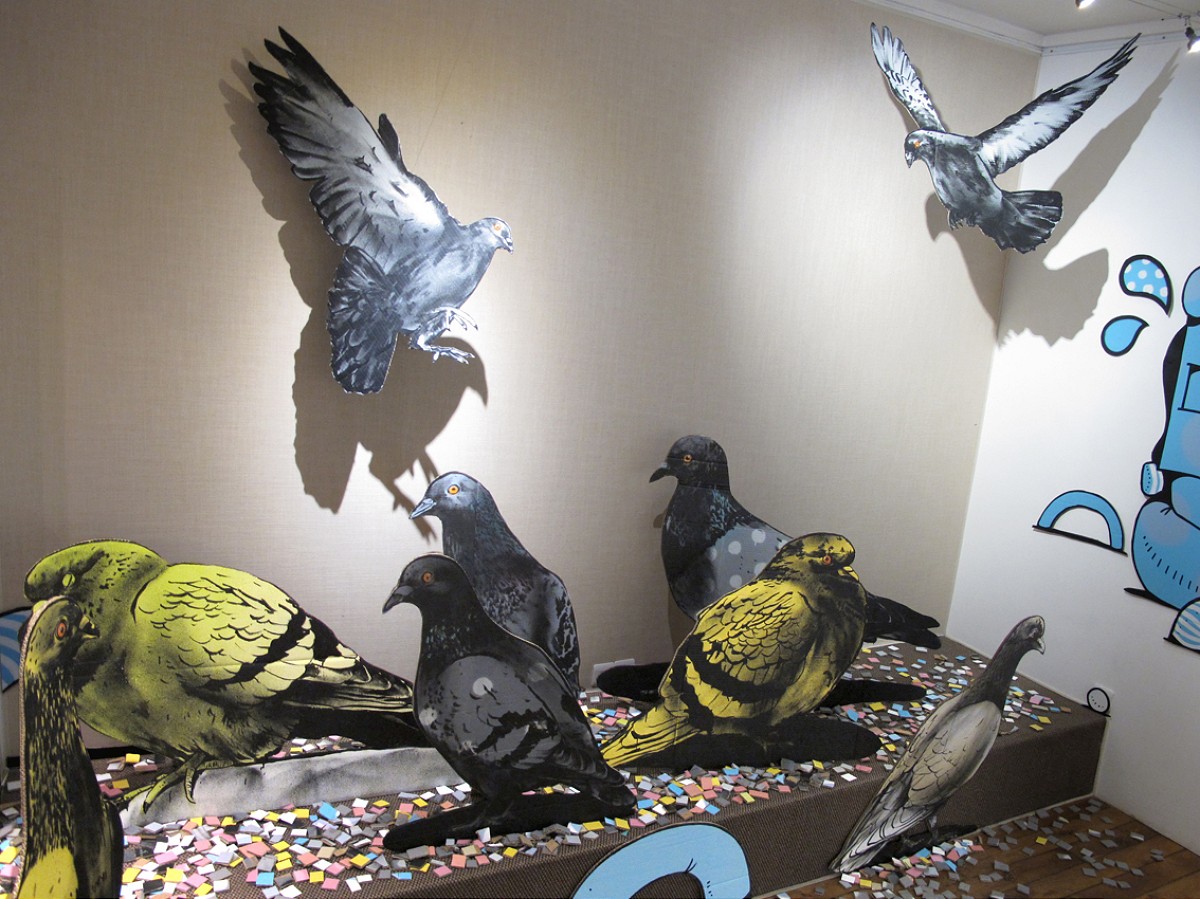 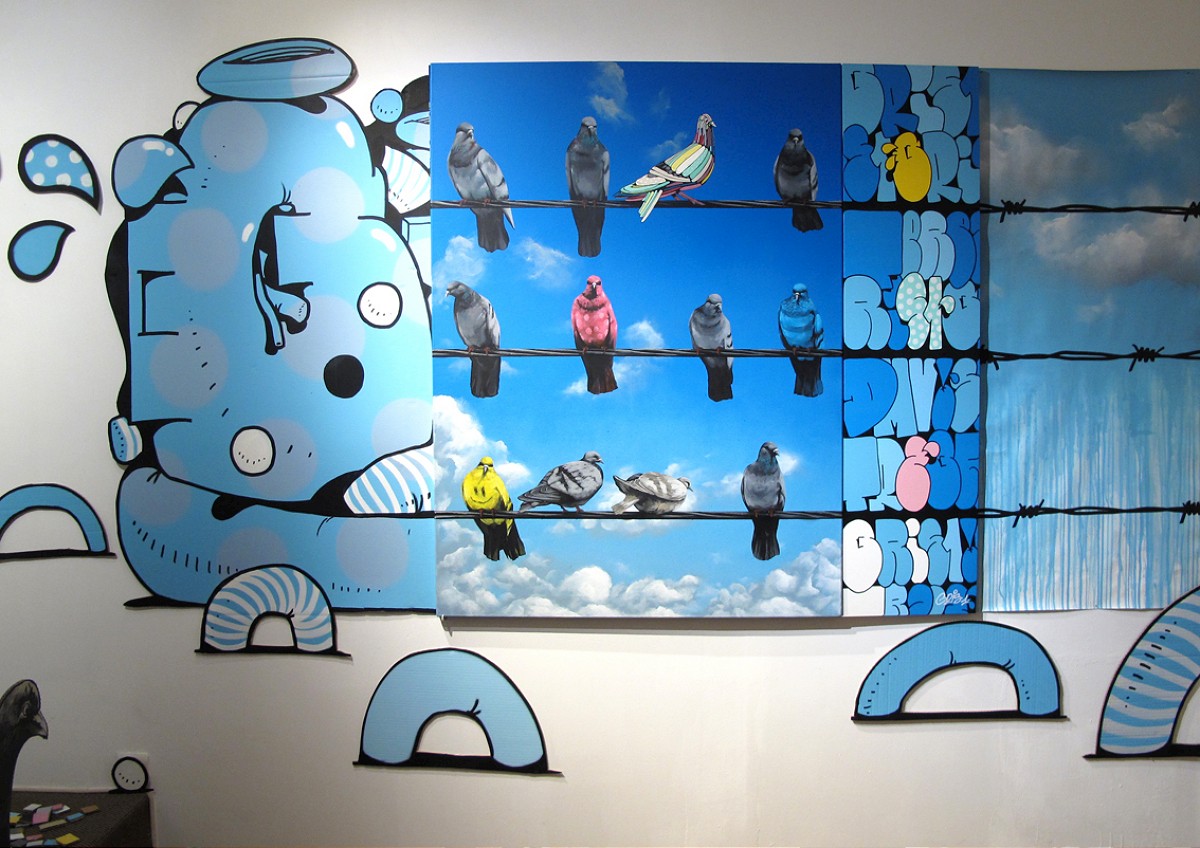 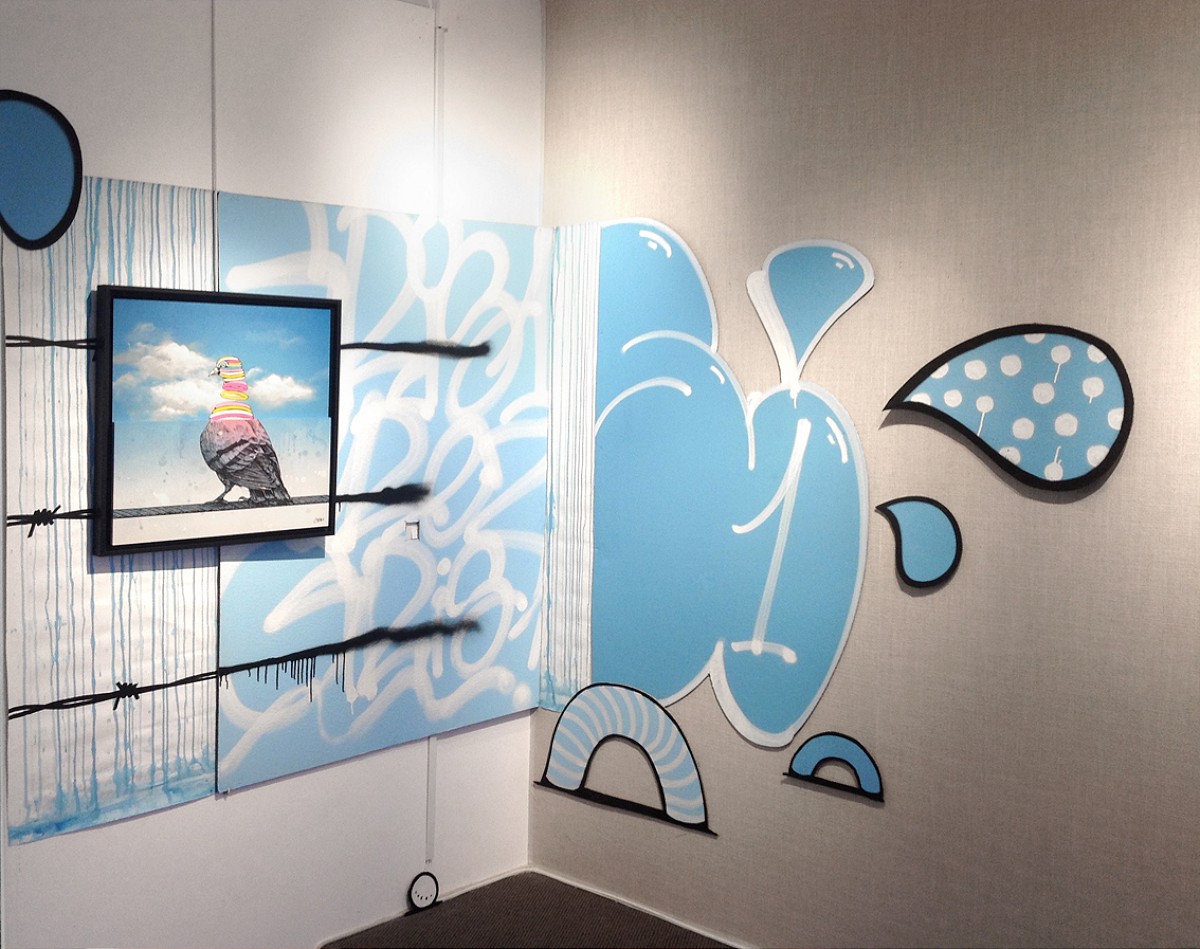 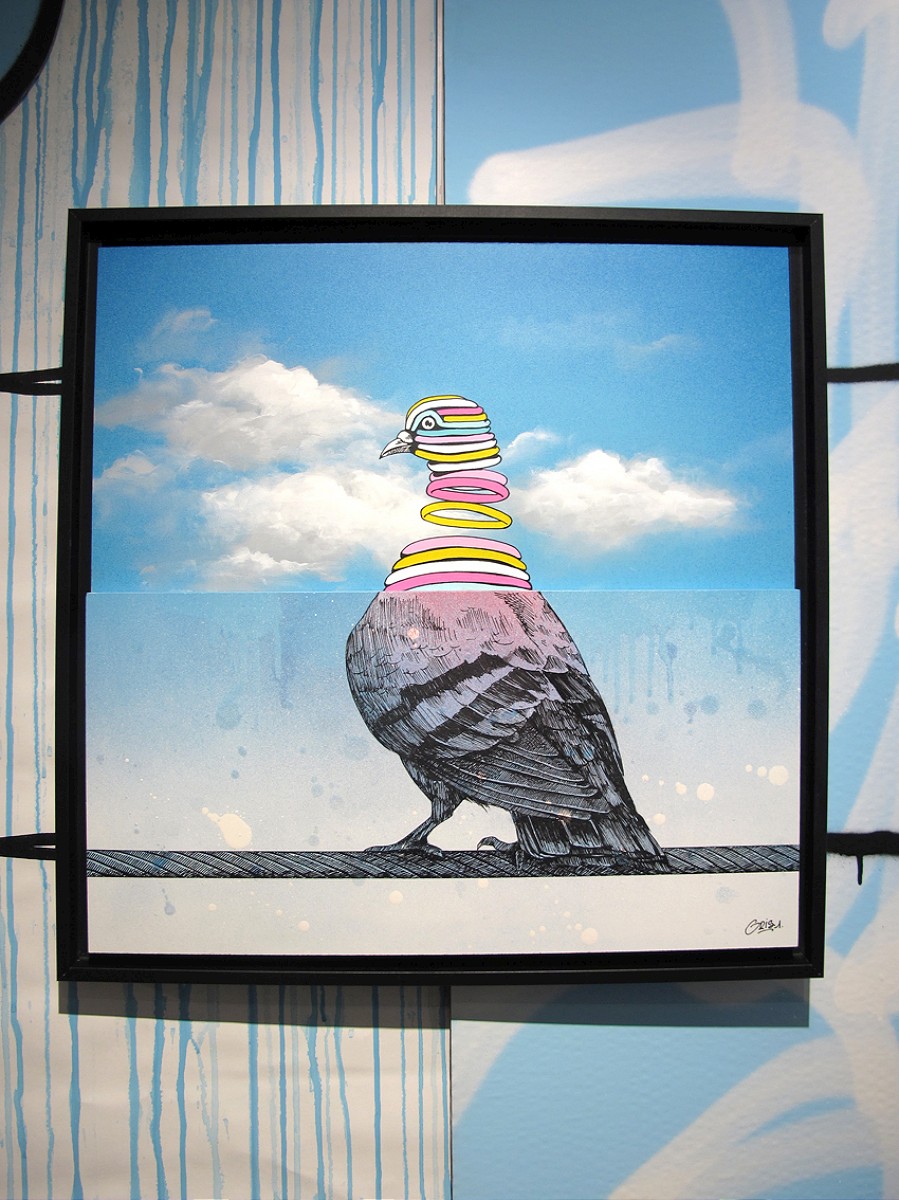 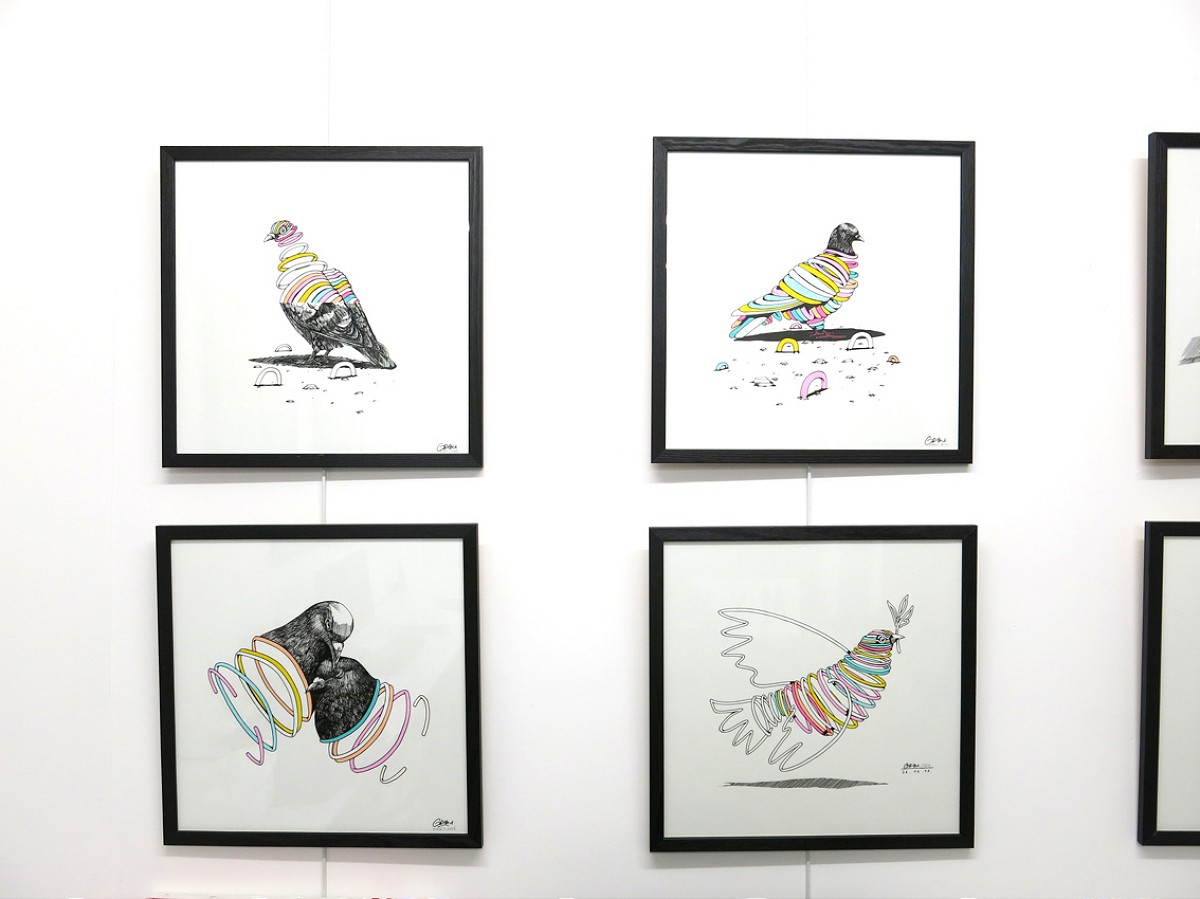 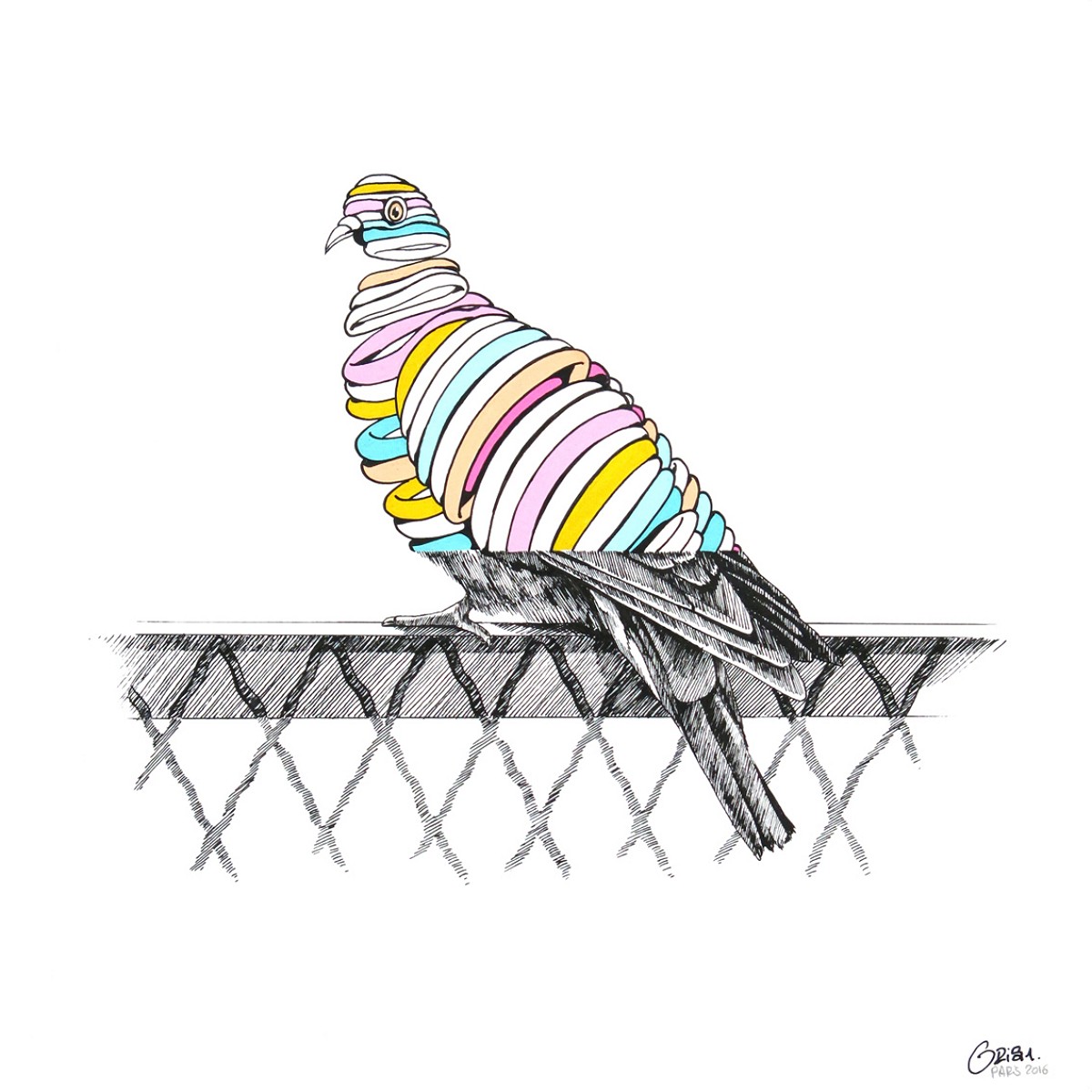 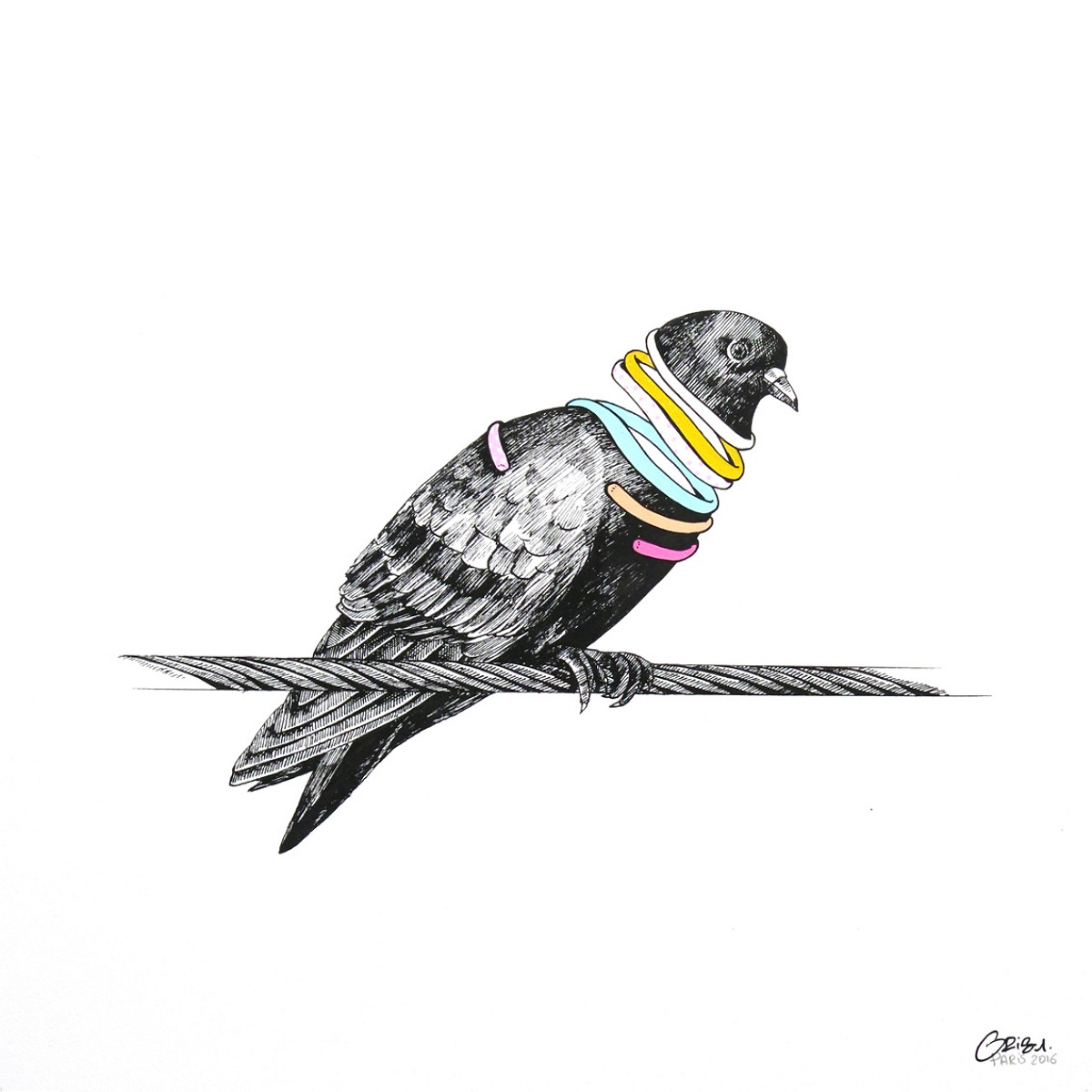