Urban art lovers in Geneva, Switzerland, are currently enjoying the original works by two of the members of the infamous French graffiti crew DMV.  Humanity, curated by Nicolas Couturieux, is a two men show featuring Kan and Gris1 that opened on the 28th of May at Atelier des Bains.

With both artists attending the opening, the show featured five large canvases from each, plus large murals painted inside and outside of the space – a celebration of urban art at its purest. Quite original in their visual languages as well as the themes covered, the works are exploding with colors and peculiar details. Seen was Gris1’s ability to create different styles of works while cropping & pasting them into eclectic collages as well as Kan’s impressive patience with pieces consisting of literally 1,000s and 1,000s of pen dots. Covering diverse topics such as aggression, riots, but also love and childhood, the idea of the exhibition is to explore the ways modern culture and the state of society affects humanity in general. 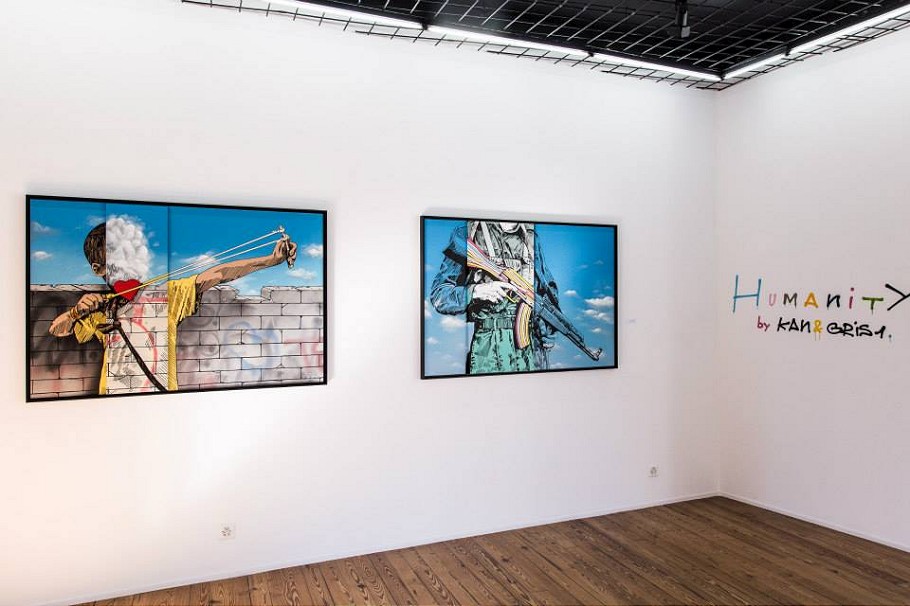 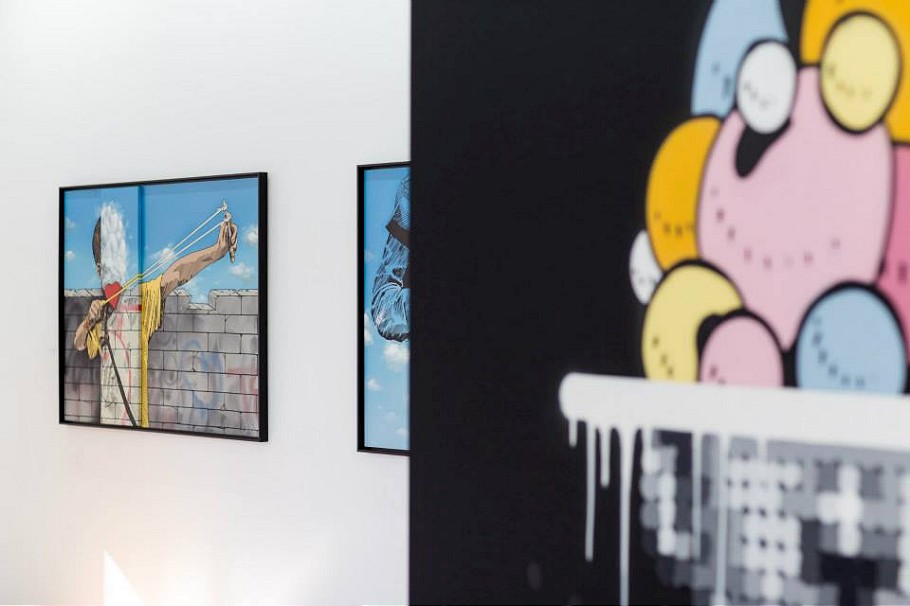 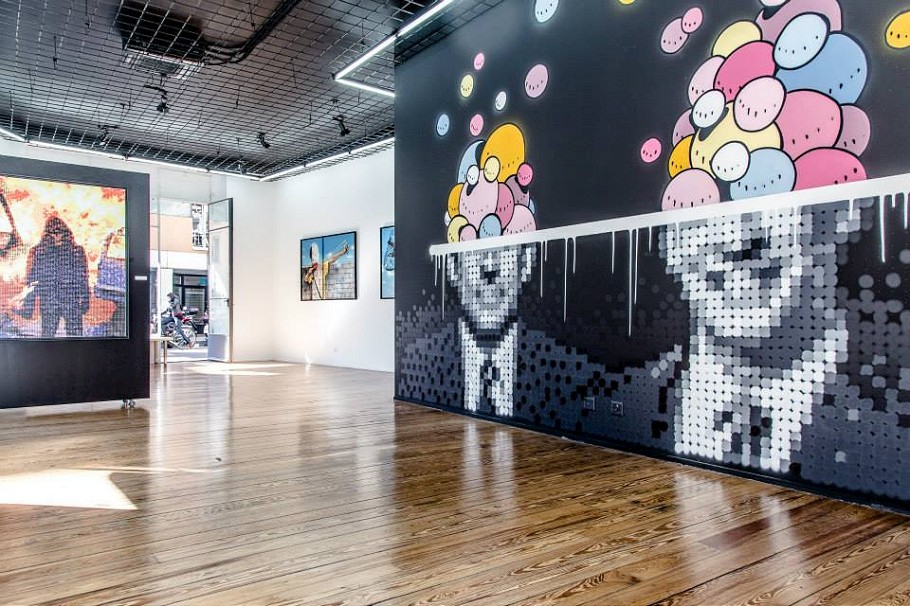 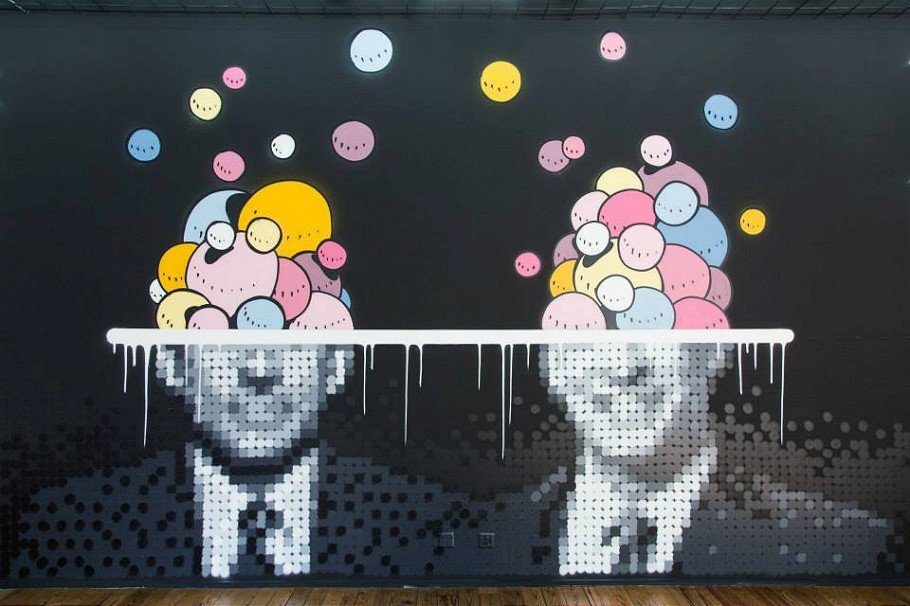 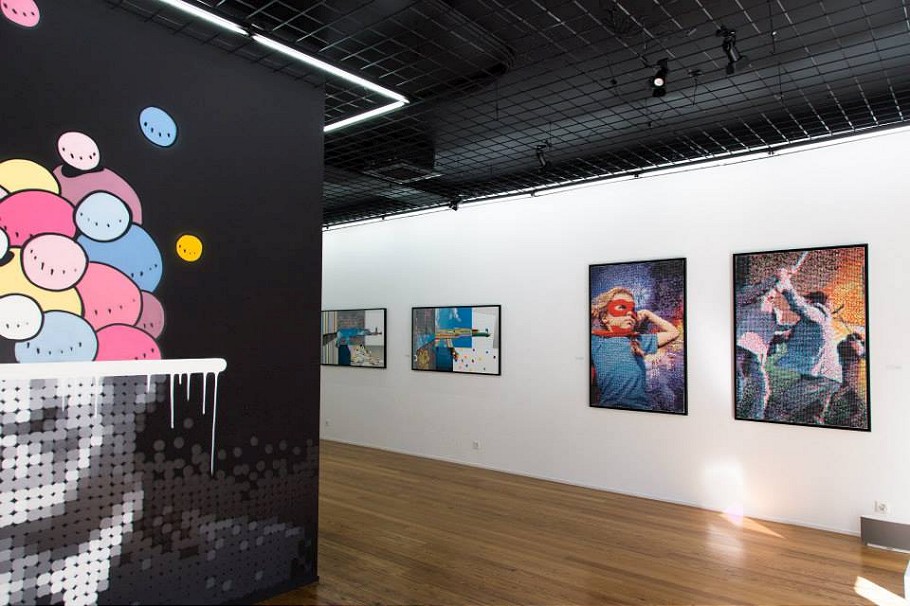 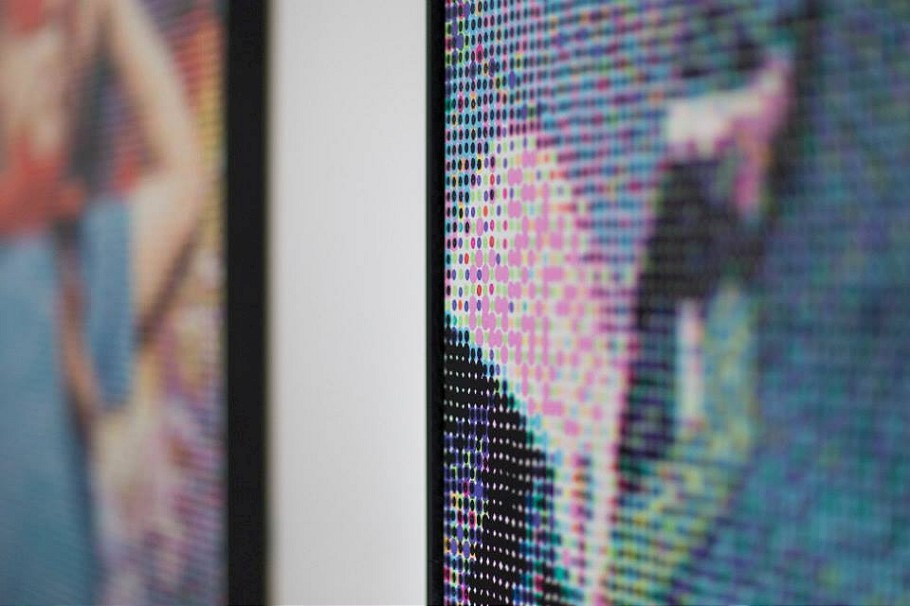 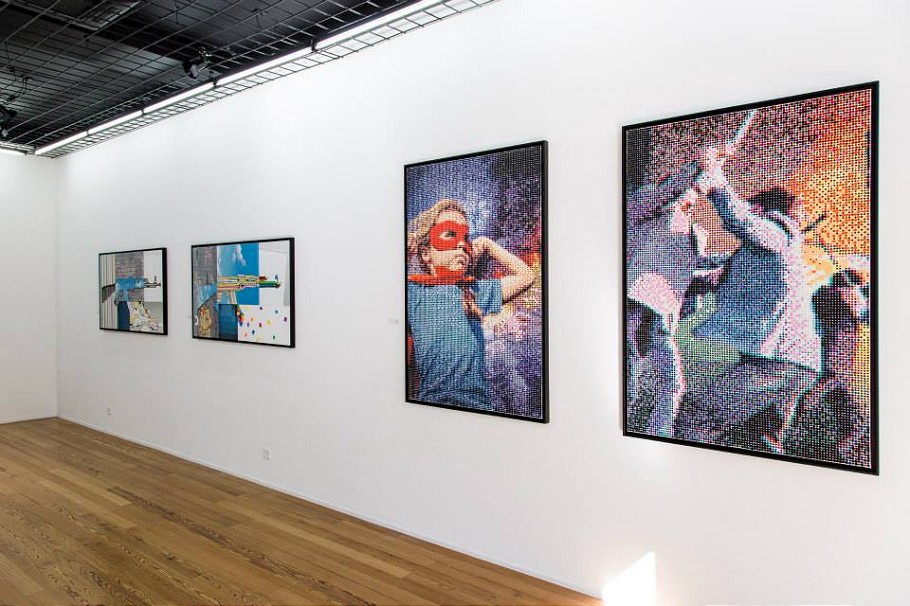 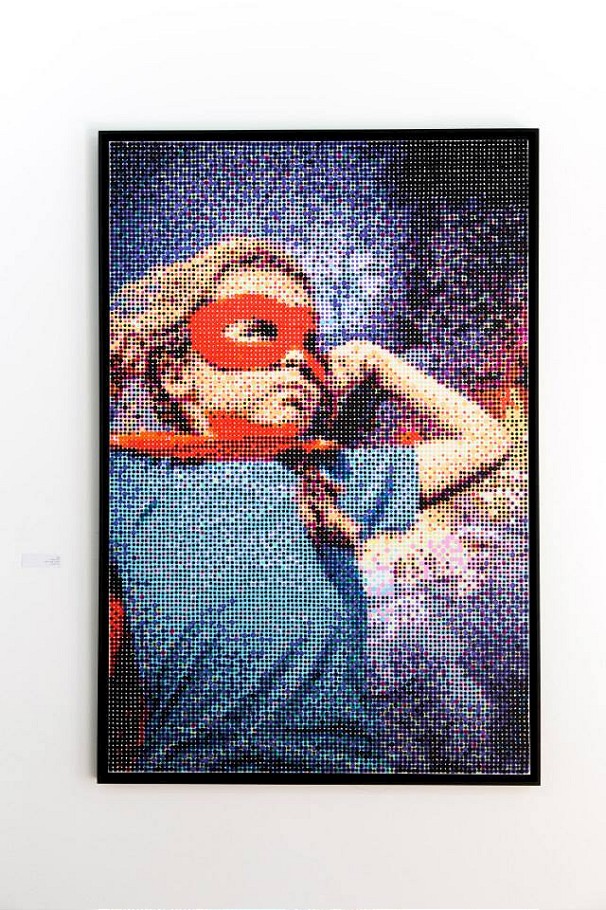