Although not listed in the official artists roster, enfant terrible dran makes several appearances with a brand new canvas, stickers, and flyers throughout the exhibition space. Huge crowds and artists turned out for the eagerly awaited opening including anonymous artist <++ (covered) who also made a live performance.

Through his drawings and sculptural installations, artivist artist A4Putevie (b.1980) illustrates the thirst for freedom within the urban environment, his thoughts and distress about the current politic affairs, war and surveillance society.

Inspired by nature, religious art, Japanese culture and mythology, 100TAUR (b.1982) explores the concept of imperfection, creating a universe populated by fantastic creatures, distorted hybrids humans and animals with a sacred touch. Anthropomorphic fishes are adorned with a golden aura, while his signature character ‘Slug’, a symbol of resilience, is omnipresent within his compositions.

Pencil drawings by Mathieu Bourillon (b.1976) invite viewers into the subconscious mind. Each artwork has its own narrative and is an invitation to dive into an enigmatic universe where black and white figures are floating surrounded by a magical landscape. Also using pencils, Amandine Urruty (b.1982) depicts a monochrome surrealist universe mixing antique toys and medieval bestiaries, Dutch landscapes with Little Ponies and Muppet Show characters, a little bit of spicy sausages and slimy monsters.

Nicolas Delpech (b.1978) and Benjamin Stoop (b.1980) from the Atelier 2000 play with geometric shapes, letters, collage and patterns as well as light and neon installations to describe parallel universes. Fascinated by video games, Arnaud Loumeau (b.1978) draws kaleidoscopic shapes on paper. Using mathematical precision, patterns are repeated in a loop like in a computer and coloured with marker.

Underground illustrator Franeck painted a mural inside the gallery space with a series of small black and white drawings featuring his signature humorous round shaped characters within architectural landscapes.

Herbot (b.1968) aka Rene Apallec is a collage virtuoso, using his magic scissors and a juxtaposition of images to create a surrealist universe where his characters experience an unexpected twist. 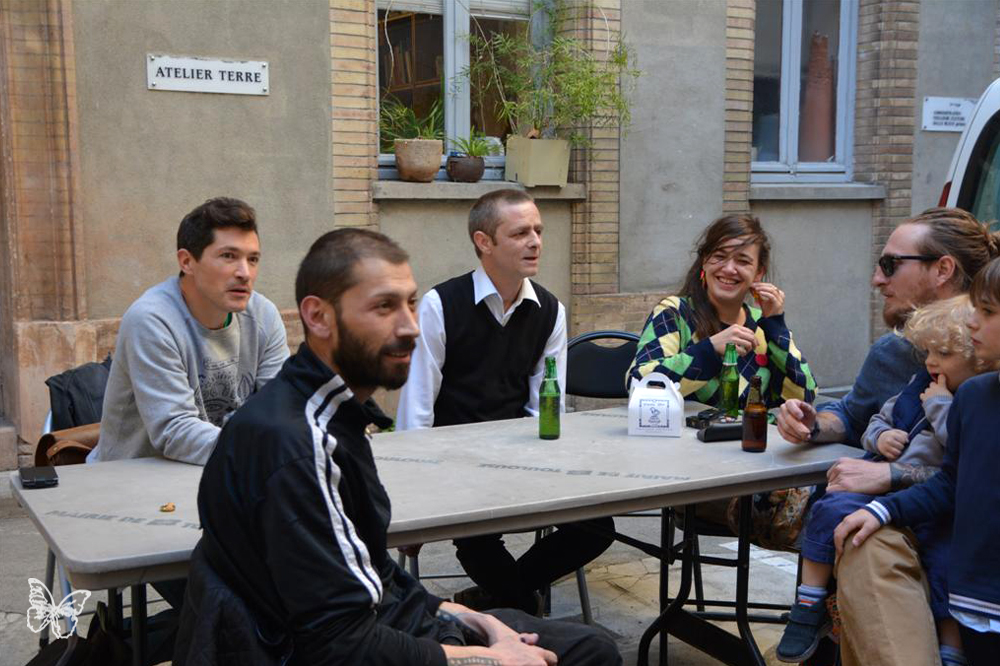 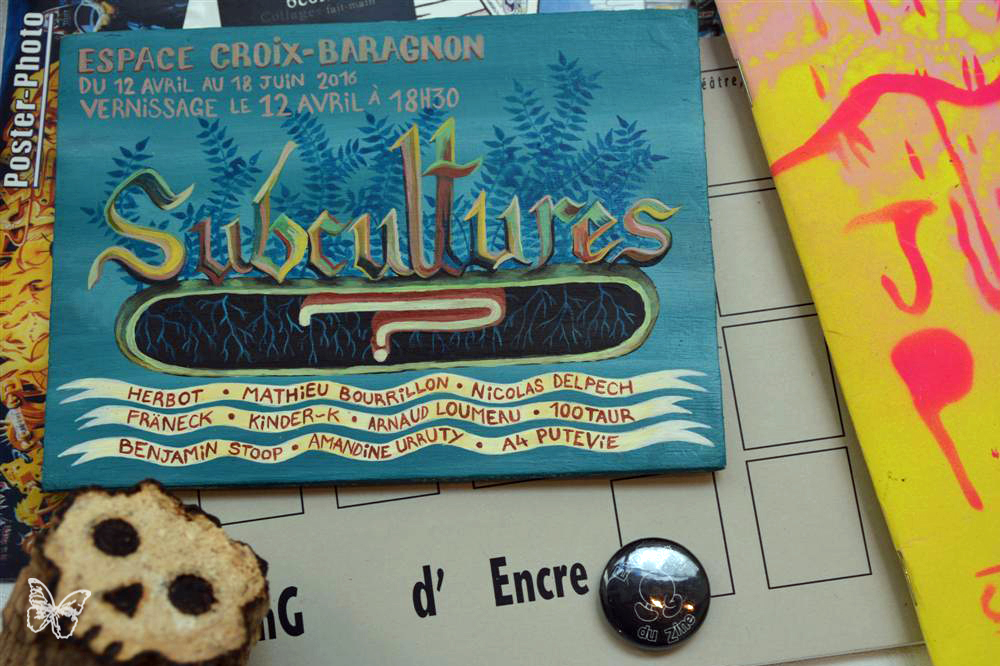 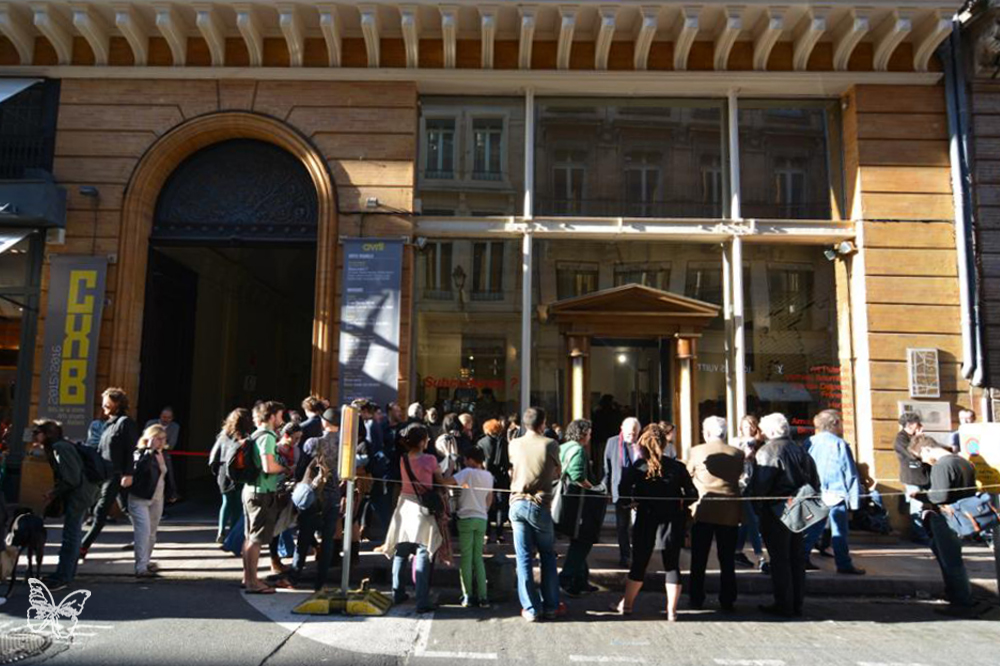 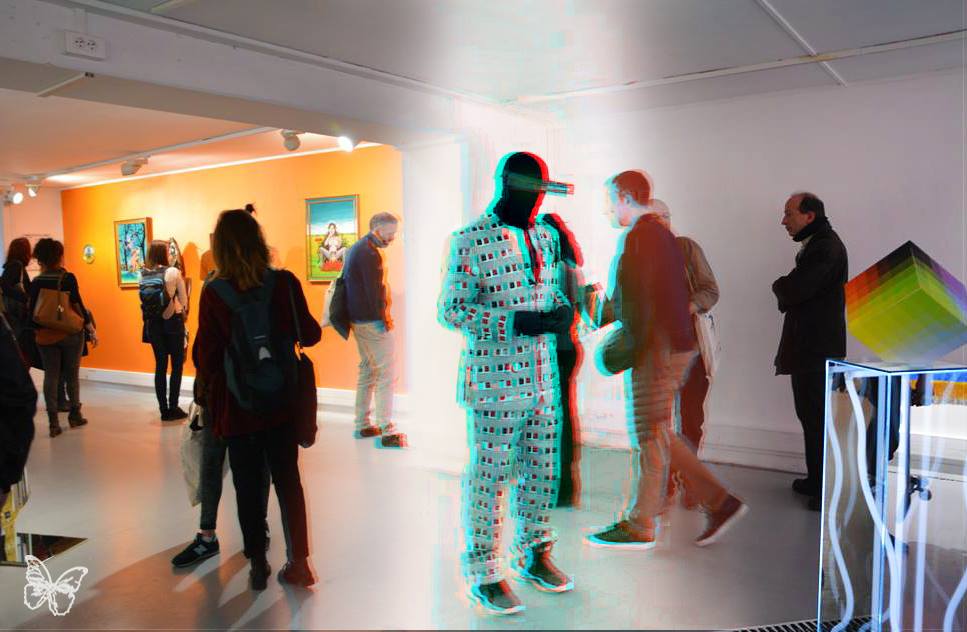 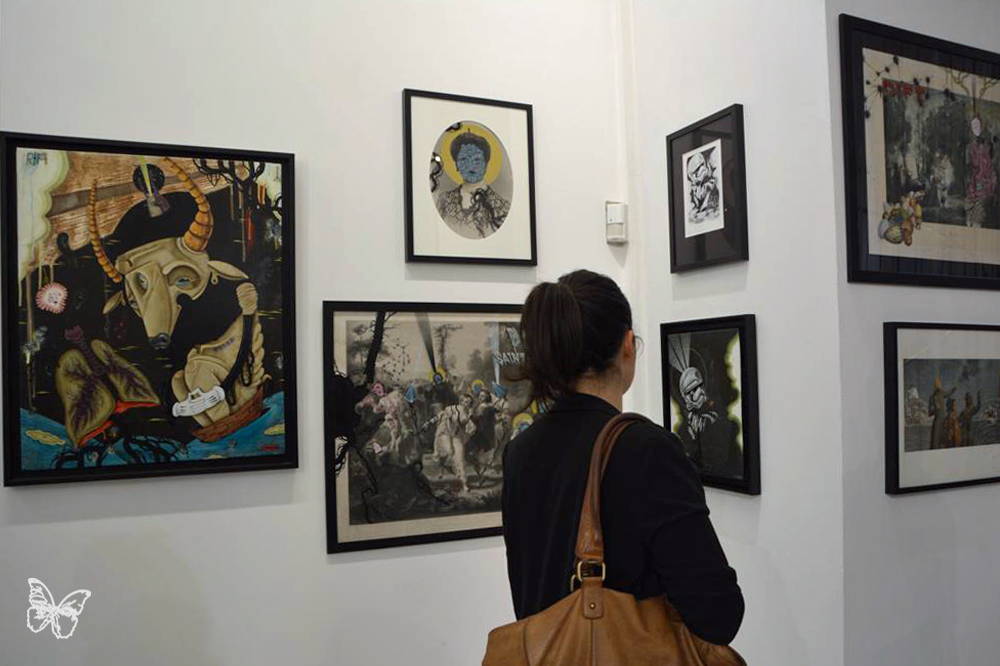 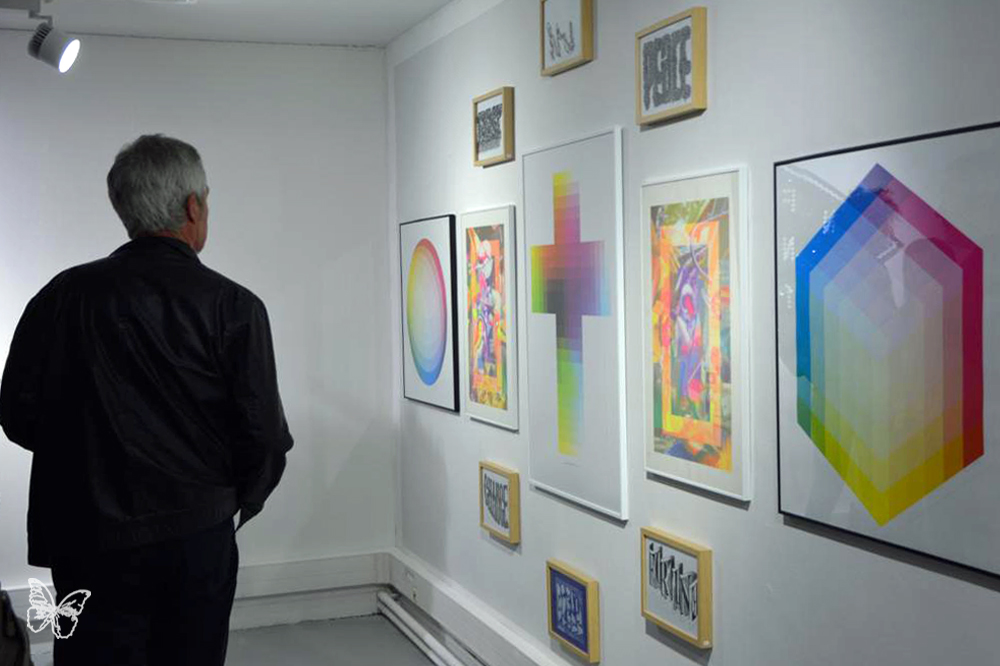 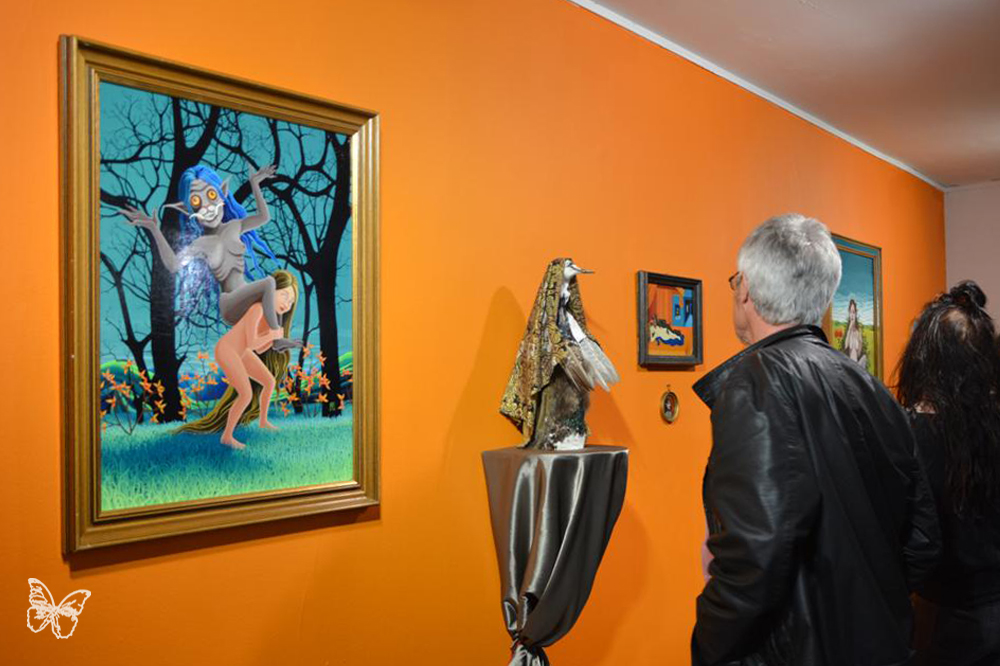 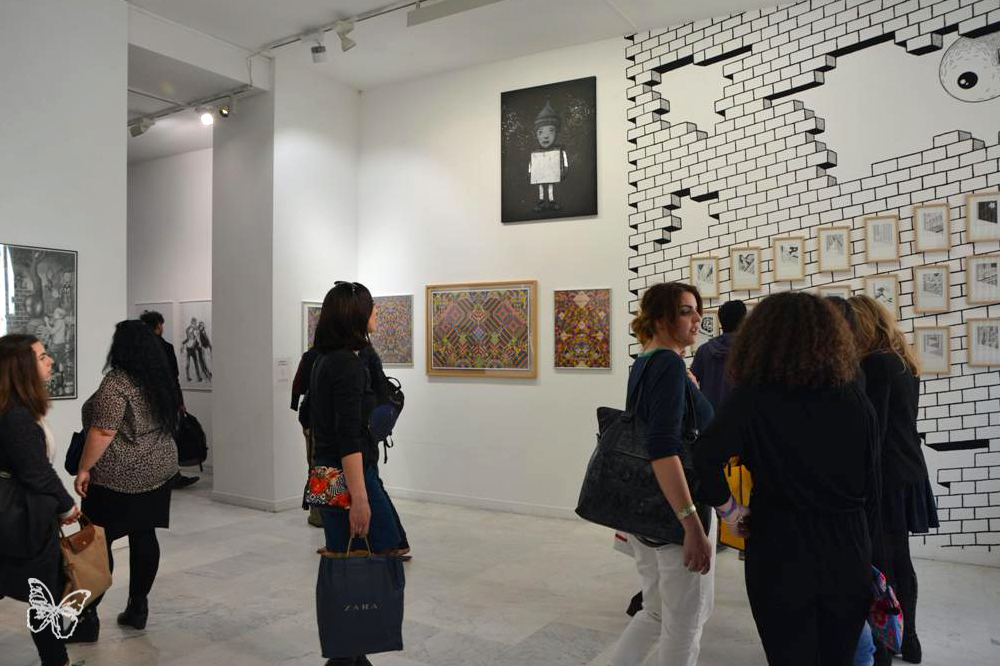