Though working in different mediums and creating different forms of art, both artists use found materials and a neofolk aesthetic in their gallery and illustrative work. The Colorado-based Molina is known for his sculptures made from reclaimed wood and salvaged nails which he often uses as facial hair. Over the years, he has created a whole world of his bearded characters, constantly building an ongoing narrative with these silent men. On the other hand, the Texas-based Brooks has been painting illustrative pieces on found wood by combining gouache and pen. Both poetic and nightmarish, his colorful images depict idols, icons and symbolism in the form of human–animal hybrids. 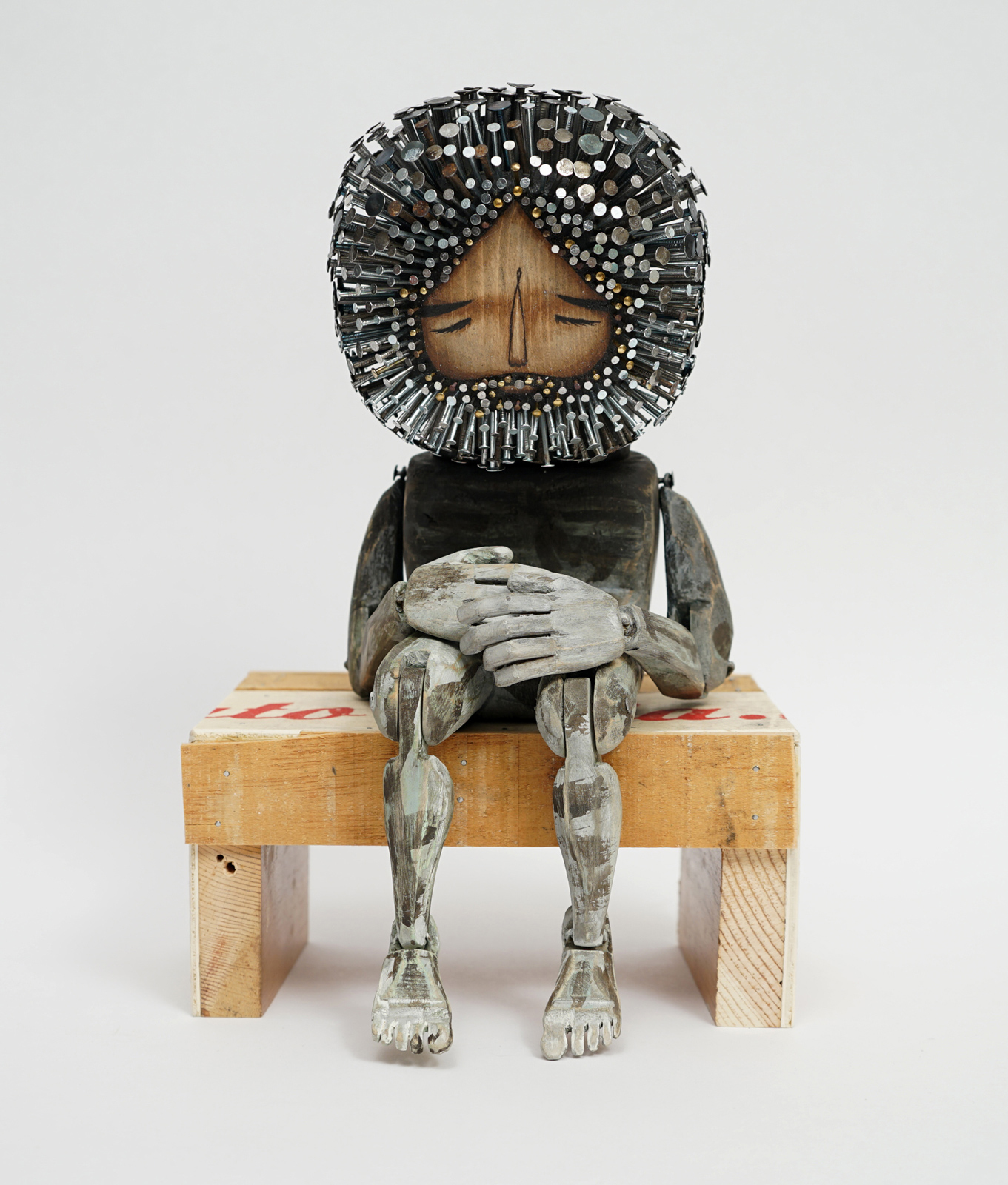 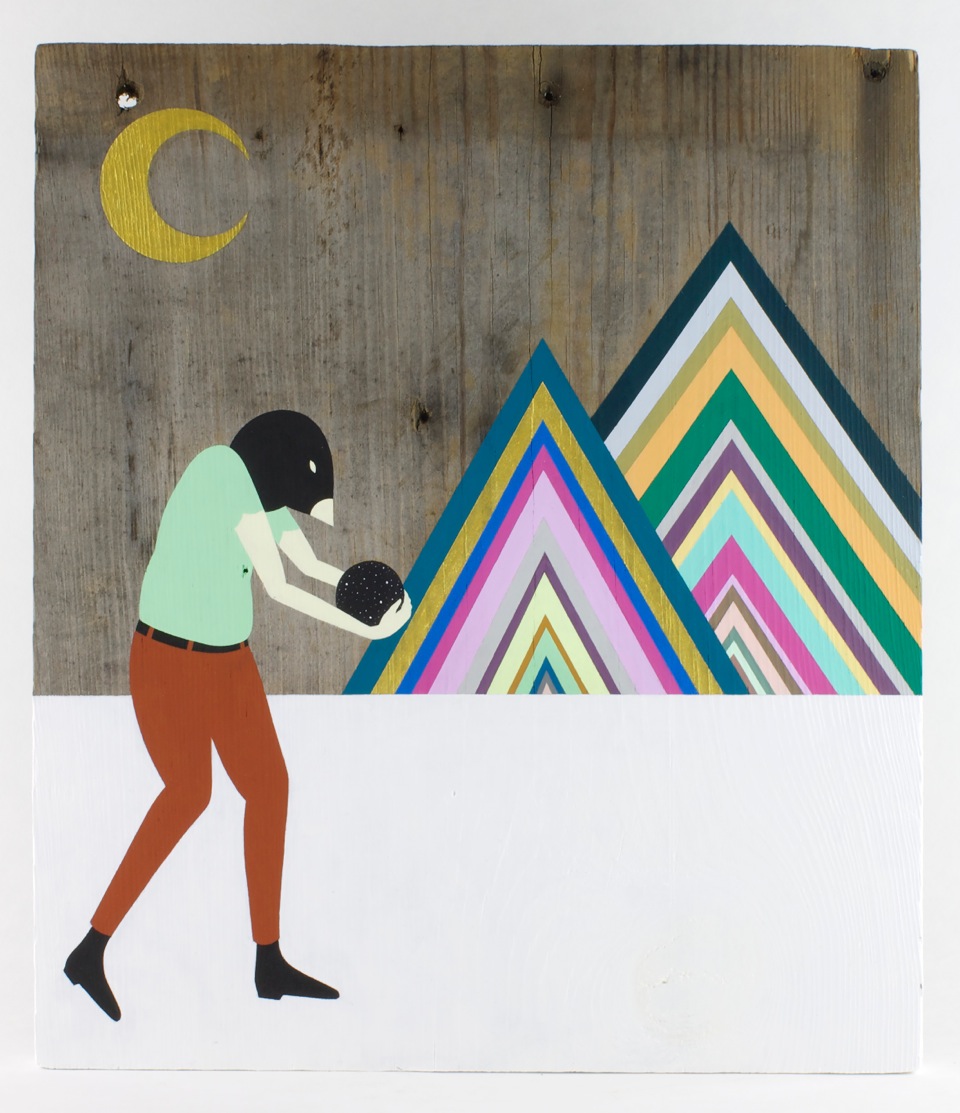 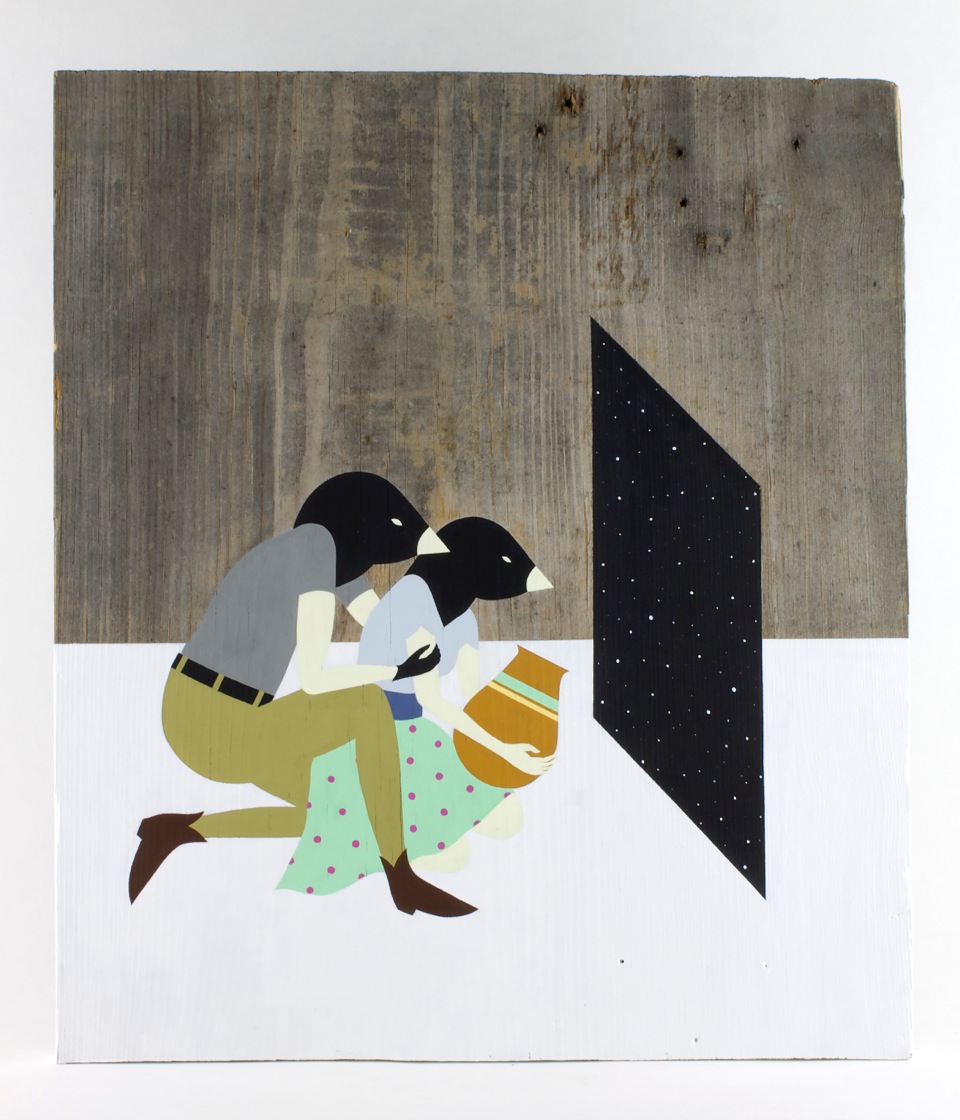 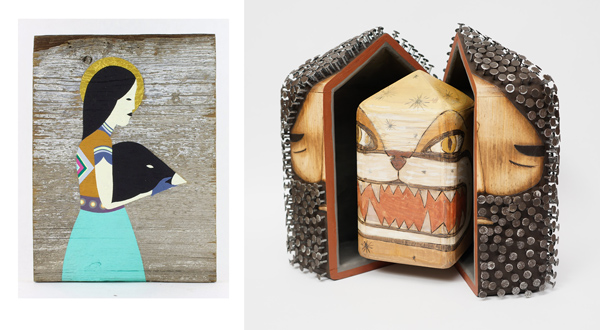